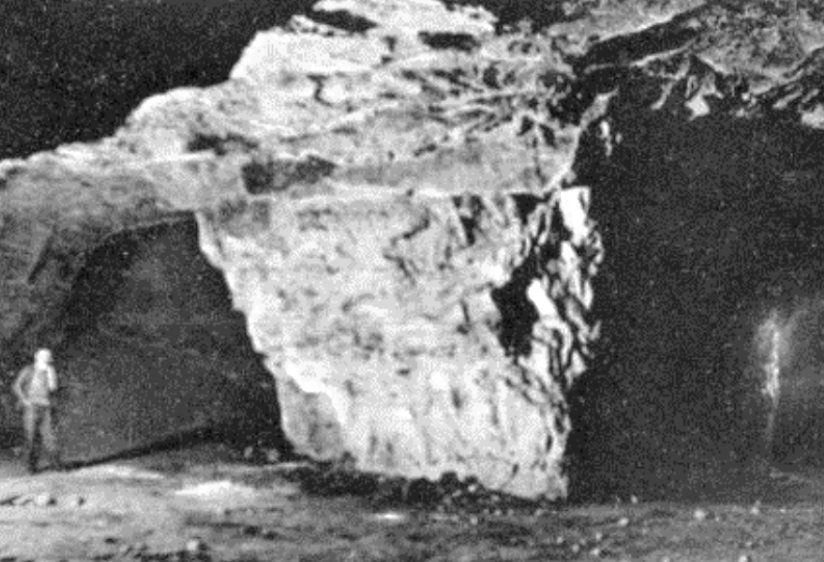 Since May 9th, French formations have been attacking a German salient where the Western Front pokes towards the Atlantic like a sharp elbow. Yesterday, the shattered remnants of the sugar factory at Souchez fell to the relentless offensive, which is alternately known as the Second Battle of Artois. For the last two days, the French Army has attacked into an anthill-like complex of trenches and strong points within the angle of two roads at the former town of Neuvelle St. Vaast, which sits in the shadow of Vimy Ridge just to the south of Souchez.

Ever since the Western Front fell here in October, the Germans have understood that France would attack the salient with a fury, and prepared accordingly. In fact, the trenches lying south of the town are merely the first line in one of the most elaborate defensive systems of the war. Known as the Labyrinth, it is a confusing maze of saps, hardened strong points (Stützpunktlinie), fighting positions, pits covered over with roofs and earth, fixed flamethrowers, and a series of underground galleries cut into the former chalk quarry (see above) that render high explosive artillery fire ineffective. Within the two square mile zone, defenders even have tunnels and hidden exits designed to let them launch surprise counterattacks from the enemy’s rear.

Nevertheless, the French Army has achieved some progress, even at tremendous cost, achieving one small objective at a time behind rolling barrages. Today brings another such limited gain. Newspaper coverage of these events amplifies even the tiniest tactical advance as a great victory. A typical dispatch on June 6th reads:

(W)e captured several houses, and drew closer to a redoubt on the north-west and occupied the communication trench which leads to it. We captured new trenches in the centre and in the south of the Labyrinth, and advanced a hundred yards. In this great work the struggle has continued without ceasing for eight days, and we now hold two-thirds of it.

But it will take three weeks to clear the Labyrinth, and even then the German defensive line remains coherent and strong and deeply-dug behind it, and for every yard gained above ground a matching yard of underground battlefield must be conquered as well. 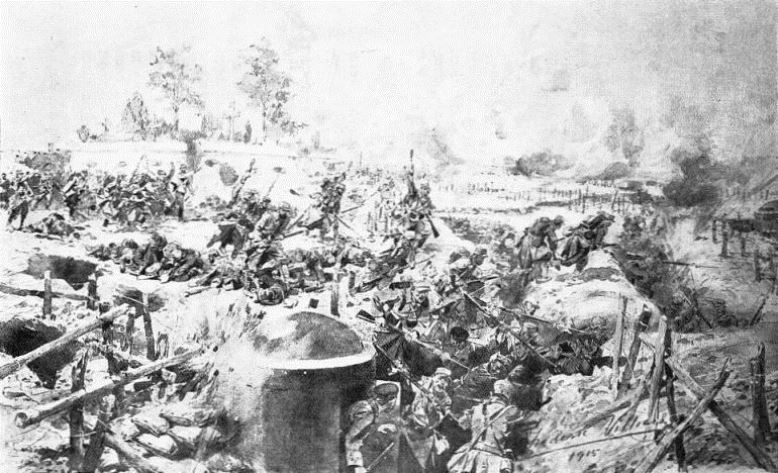 An artist’s impression of the June 6th fighting in the Labyrinth, with French troops attacking out of the Neuville-St. Vaast cemetery. Note the hardened bunker entrance in foreground. Via the Illustrated London News

We might taste the flavor of the fighting here through the report of an unnamed French officer cited in The Childrens’ Story of the War, a production of the Illustrated London News and the War Propaganda Bureau.

The war of trenches is nothing compared with the struggle of the burrows. Picture to yourselves narrow galleries, feebly lighted by flickering oil lamps, in which the foes are separated only by sand-bags, which they keep pushing against each other. As soon as an opening shows, a terrific hand-to-hand fight begins, in which grenades and the bayonet are the only arms possible. Sometimes the Germans take to knives and revolvers, and one day they even began throwing burning liquids; but in spite of these cowardly tricks, our men always had the best of it. They fought with clubbed rifles and fists when required, and their courage was never shaken, as the Germans soon saw…

The passages in which we were advancing were 18 feet deep, and often 24 feet and more. The water was sweating through in all directions, and the sickly smell was unbearable. Imagine, too, that for three weeks we were not able to get rid of the dead bodies, amongst which we had to live night and day! One burrow, 120 feet long, took us thirteen days of ceaseless fighting to conquer entirely. The Germans had placed barricades, trap doors, and traps of all kinds in it. When we stumbled we ran the risk of being pierced by bayonets hidden in holes lightly covered with earth. And all this went on in almost complete darkness. We had to use pocket electric lamps and advance with the utmost caution.

Although the underground Labyrinth is inaccessible today, we do have photographs taken long after the battle and issued as postcards in France. It is one of the most claustrophobic battlefields of the Great War, which is truly saying something. 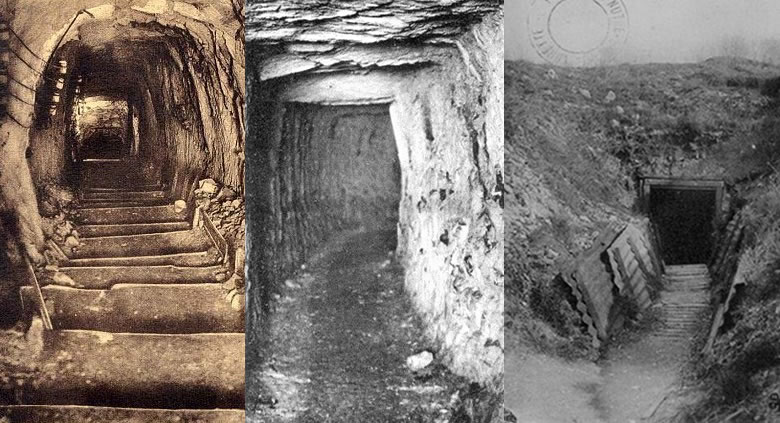 Three views of the Labyrinth’s entrance passages. Some chambers, including kitchens and barracks, were fifty feet underground

On June 8th, troops of the XXth Corps capture the shattered ruin that was Neuvelle St. Vaast, ending the first phase of the campaign for the Labyrinth. But behind it, the Germans have built more saps, more trenches, more bunkers, more wire obstacles — another confusing tangle of defenses that make it hard to know where the Labyrinth begins and ends. By then, the close-quarters fighting has already consumed 20,000 French grenades.

During the final phase in the reduction of the Labyrinth between June 19th and 22nd, the 161st Infantry Regiment defends an exit tunnel known as the Eulenburg Passage against the entire weight of the XXth and XXVIIth Corps. The overmatched unit is destroyed: out of four thousand Germans, only one in four is taken prisoner; the rest are slaughtered. ‘Only’ two thousand Frenchmen have died to win this glorious victory. 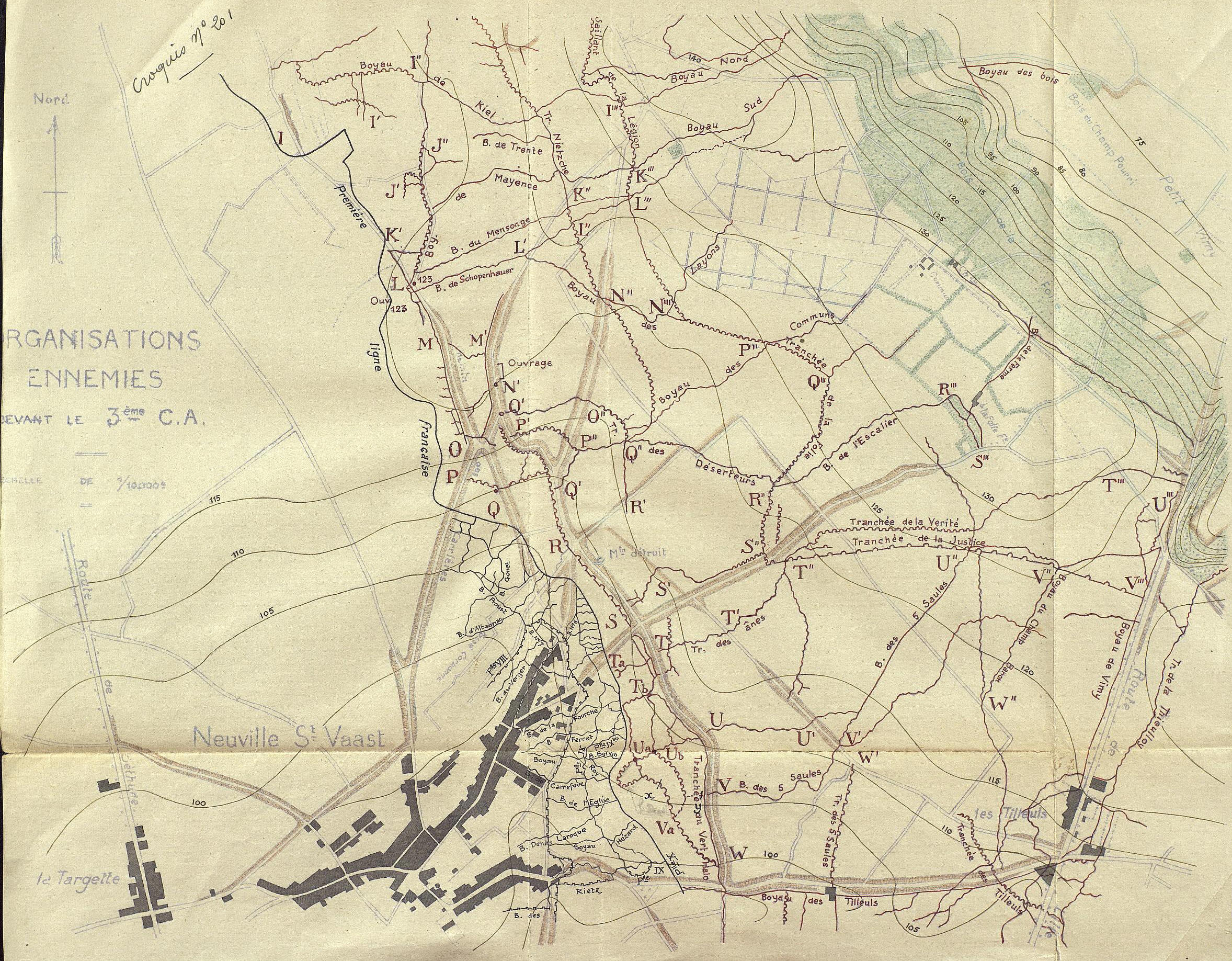 A map of the Labyrinth during the second phase of operations. Click the image to see the full-size version