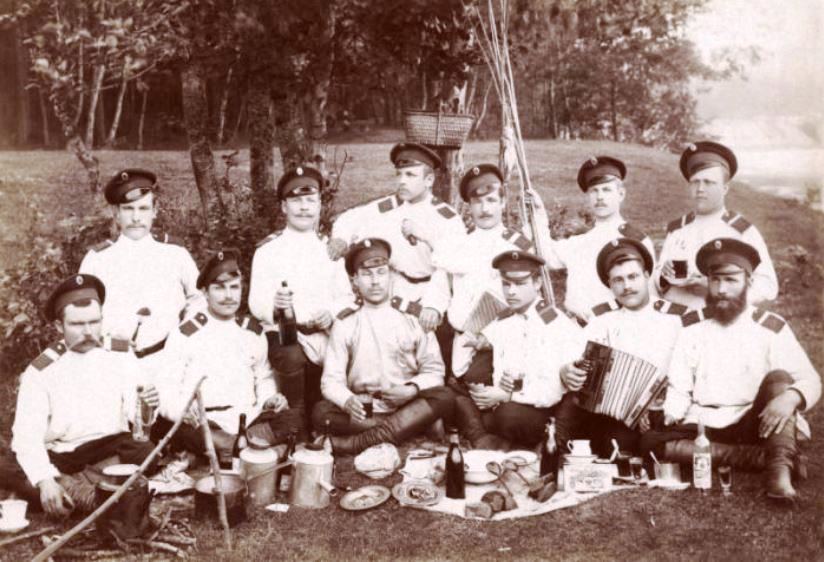 In an official report today, Andrei Shingarov, head of the budget and finance committees in the Russian Duma, brags that “never since the dawn of human history has a single country, in time of war, renounced the principle source of its revenue.” His gleaming words refer to the prohibition of vodka, a policy decreed by the Tsar during the prewar mobilization and finalized in October. In fact, Russian state revenues fell by a half a billion rubles in 1914, a figure solely due to the loss of income from the state vodka monopoly, and receipts will drop by another nine hundred million in 1915, diminishing by that same amount each year thereafter.

To sustain the imperial Army in the field despite these circumstances, Finance Minister Pyotr Bark has borrowed from the allies, agreed to transmit Russian gold reserves as collateral on the loans, and now proposes new taxes on everything from tobacco to railroad duties to sugar and matches. These will not be enough to make up the shortfall, however, and thanks to resistance by the bourgeois, Bark’s new income tax will not be fully implemented until 1917, when it is far too late. By then, his monetary policy — printing money at breakneck pace to fill the gap in Russia’s budget — has vastly inflated the ruble and damaged civilian purchasing power, ushering in the Revolution.

No issue better represents the dissonance of official wartime Russia than vodka prohibition. Bark echoes the Tsar’s delusory expectations that national sobriety will instill a “new energy” in the people, making up for vast material deficits such as the wartime drain of industrial manpower. Belying the rosy public declarations of improved mental and physical health among the population, for months now Bark’s office has been swamped by reports of rampant smuggling from Manchuria into the Russian Far East, secret moonshiners in the taiga, and underground distilling everywhere. By the end of 1914, the Ministry of Agriculture had found 1,825 illegal production operations; during 1915, the excise department will locate more than 5,700 others. 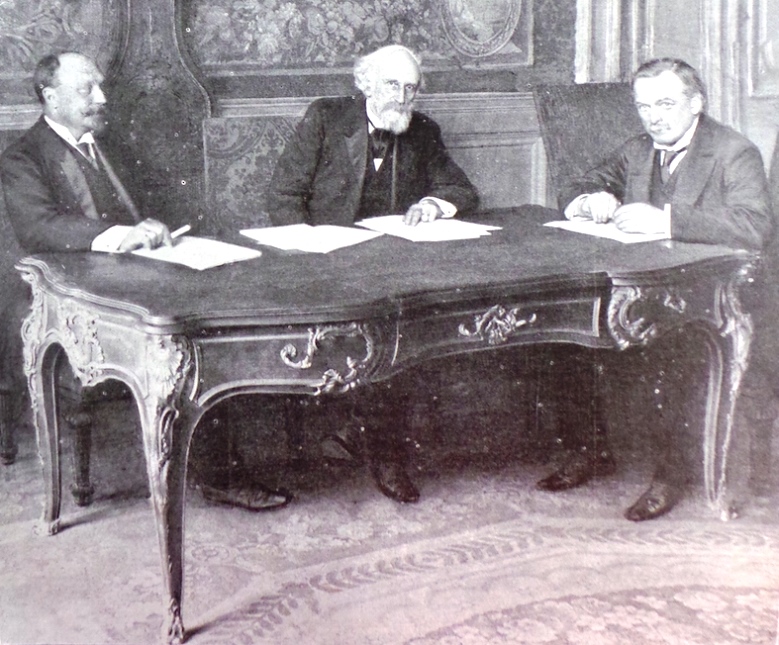 In reality, vodka prohibition has been a public health disaster. The Russian Ophthalmological Society’s report from their May 7th meeting in Petrograd declared that by April, 2,882 cases of partial blindness, 138 cases of total blindness, and 27 deaths had been recorded in area hospitals due to consumption of alcohol substitutes such as varnish, mineral spirits, lacquer, shoe wax, eau de cologne, denatured alcohol, and wood alcohol. Throughout 1915, Russian newspapers report on parties poisoned in cafes and groups of officers sickened after parties. Police records in Vilna show a number of fires sparked by unregulated distillation of Khanza, a drink made from wood alcohol and strong spices. Opium sales have risen. Because alcohol is still available as treatment for illness, prescription forgery and fraud are rampant.

The Russian experience is not altogether unique. Social welfare reformers have targeted various intoxicants in recent decades, with a growing international temperance movement now taking great inspiration from the Russian example. Even among Russia’s allies, where the the effects are limited, wartime sobriety laws have emerged. France actually raises the average soldier’s wine ration in 1915, but has already banned the production or sale of absinthe after a series of votes in the Chamber of Deputies. Once believed to sustain health because of its mild anti-malarial qualities, during the last decade before the Great War ‘the green fairy’ has been singled out as the cause of every malady, including mental illness. As in Russia, where official statistics paint a completely false picture of prohibition’s supposed public health benefits, France will manage to convince itself that the ban on absinthe has begun a new golden age of spiritual well-being. 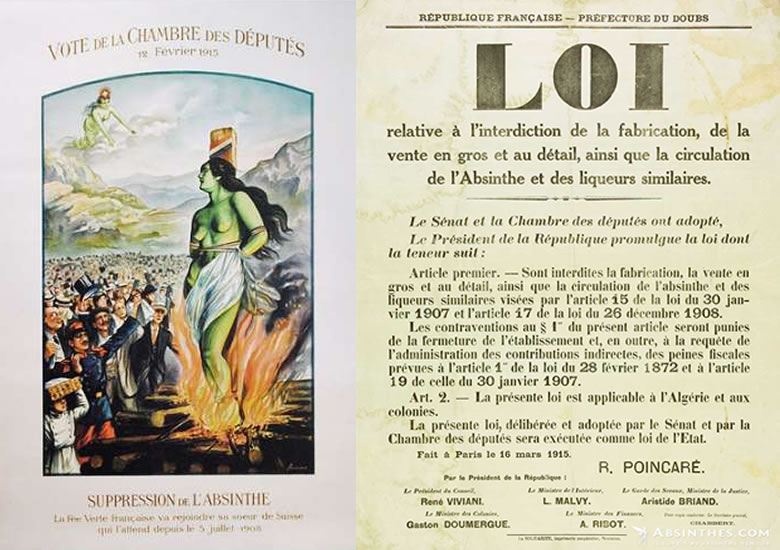 Left: a cartoon of the ‘green fairy’ being sacrificed. Right: a prohibition notice for Doubs, the center of the absinthe industry

Prohibition will never take hold in Britain, where Chancellor of the Exchequer Lloyd George recently proposed new taxes on liquor and heavy beer as his only sop to wartime pressure on British public finances, and was roundly rejected. But he is a confirmed teetotaler, having endorsed the 1908 Licensing Bill which sought to eliminate barmaids and limit the number of establishments selling booze to a ratio of population in urban areas, and unhesitatingly repeats every baseless statistic about workplace absenteeism and alcohol while he ramps up munitions production. In reality, exhaustion from long hours and overtime are far more likely explanations for high absenteeism.

But Lloyd George still manages to limit the hours in which pubs are allowed to remain open, and parliament does ban everyone from buying each other rounds at the bar. This, too, has unintended public health effects: workers used to drinking a few rounds find their favorite establishment’s hours cut, and consequently drink the same amount of beer in a shorter time, ironically becoming more intoxicated than they would otherwise have been. In time, as Prime Minister Lloyd George will impose regulations to weaken the alcohol content in British beer, leading to one of the most enduring topical songs of the era.