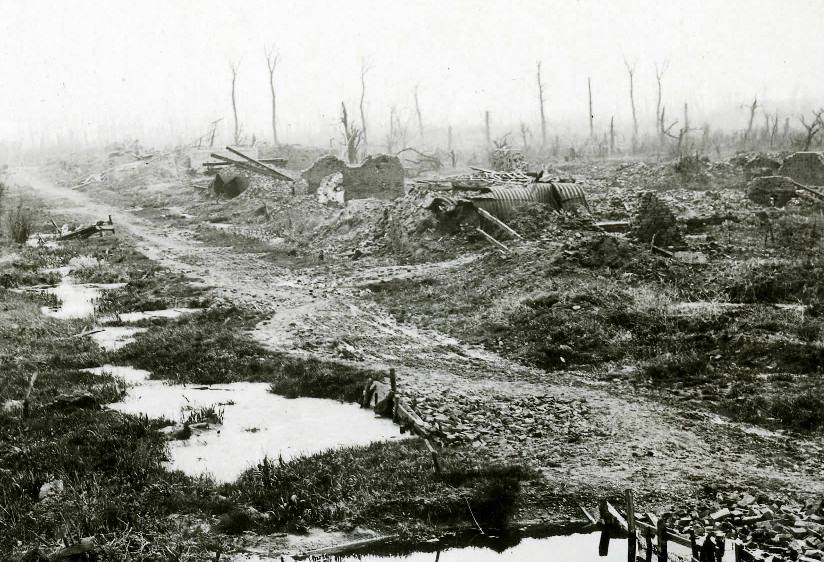 The Western Front is still transforming into the apocalyptic form by which we innately recall the Great War. High explosive shells leave craters that fill with water, drowning wounded men, churning the mud and wire and corpses into ghastly spectacles. For twelve days, troops of the British Empire have attacked in French Flanders to support their ally’s offensive against the German salient around Souchez and Vimy Ridge. As of two days ago, almost seventeen thousand men from the United Kingdom, India, and Canada had been killed, wounded, or captured in a series of confused and bloody attacks collectively known as the Second Battle of Artois.

Despite a sixty-hour bombardment with all the heavy guns that General Sir Douglas Haig could muster, the German line was unbroken when the first troops went over the top in the face of machine gun fire and intact defenses. Starting with the British Army’s first full-scale nighttime attack of the war, by the end of the first day most remaining battalions of the Meerut Division were reduced by fifty to eighty percent; as a result, the unit will never see real battle again on the Western Front. Two British divisions, the 2nd and 7th, had to be withdrawn by the fourth day due to heavy casualties. Launching a series of frontal assaults on short notice with insufficient training, Canadians and Scots found their artillery support lacking and their maps lethally inaccurate. A heavy rain delayed the third push, which finally secured Haig’s objective two days ago in a hellish close-quarters fight.

Grinding to a definite halt today at last, the Battle of Festubert has only just managed to capture that former village for which it is named, advancing a little more than a kilometer from the allied starting line. The operation has been launched with limited expectations, which it has fulfilled at great cost, in the very first example of British commanders accepting the horrific new reality of attrition warfare. Sir John French’s calculus has only killed, wounded, or captured about five thousand Germans.

The symphony of madness has ended its opening stanzas and settled into its theme. 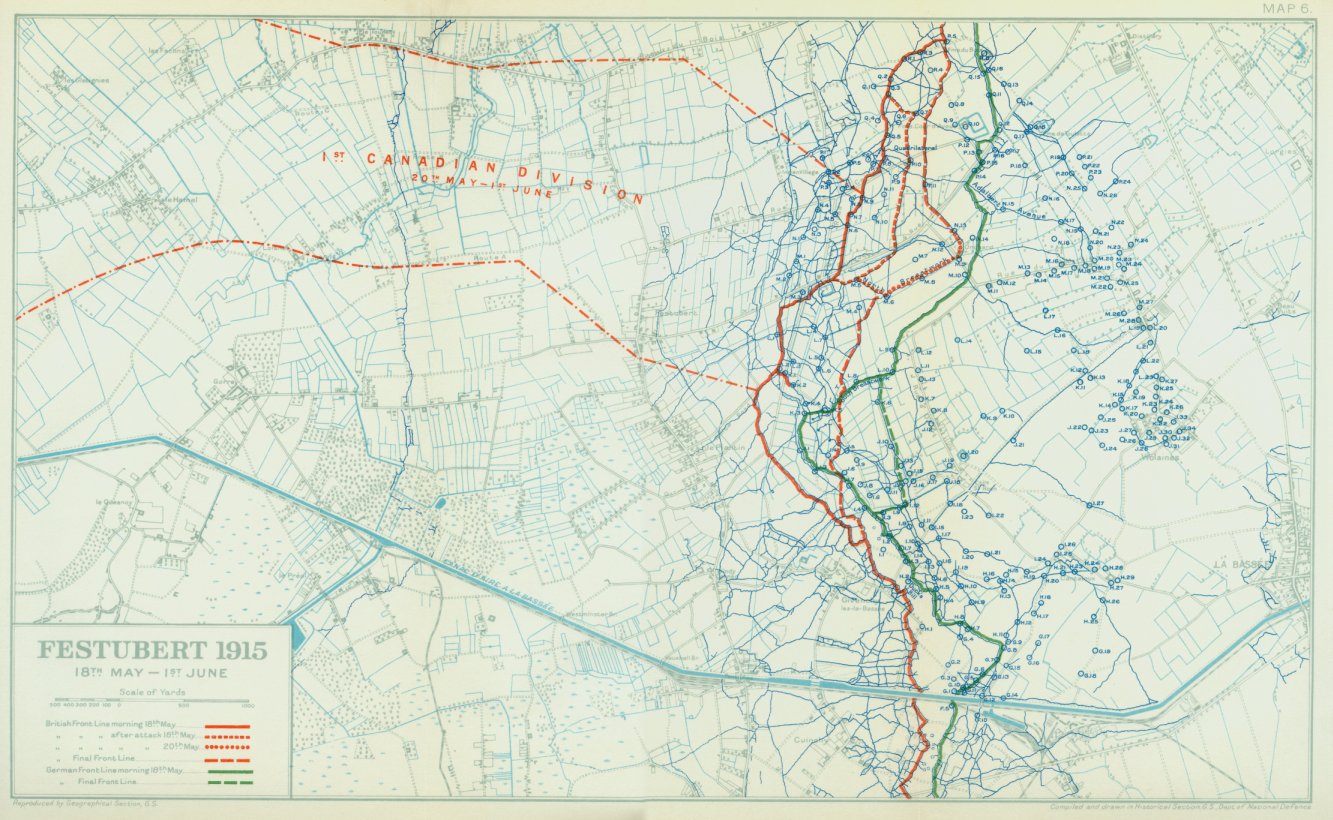 A Canadian map produced after the Festubert operation. Note the tangle of ever-changing defensive saps and trenches

Following the battle, Sir John French tells London that he will be unable to sustain any more attacks on the Western Front without first building up a substantial reserve of artillery shells. This displeases both Field Marshall Joseph Joffre, supreme commander of French forces, and Lord Kitchener in London, who worry at the strategic effect of Russian defeats on the Eastern Front and want to draw off German strength. His frustration deepens the ongoing government crisis over munitions production. British willingness to undertake recent offensives, and to relieve the French Army by assuming responsibility for a greater portion of the front line, have only just begun to repair the damaged cross-Channel military relationship.

But the imperial army’s problems are about tactics, not just material. For it is easy enough to break the thinly-held German front line, but the secondary defenses are far better and harder to destroy; all too often, units attacking behind the best bombardments have taken few casualties at all until they attack the second line, where the enemy is relatively unscathed and more numerous. A lack of counterbattery fire has let German guns take a huge toll on any advance, and troops need better training, better maps, and most importantly, greater preparation time. But even with all those advantages, the Western Front still consumes the British Empire’s land army at a terrifying rate. 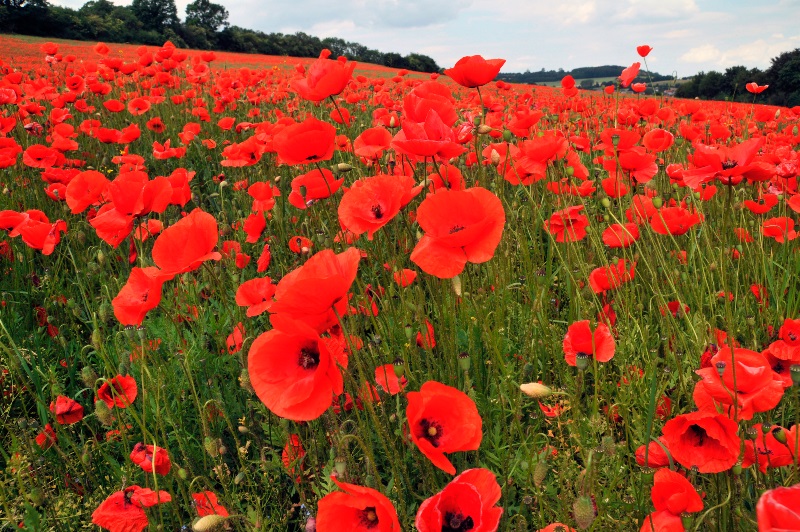 ‘April showers bring May flowers,’ but in the Spring of 1915 the Western Front was a scene of ecological devastation