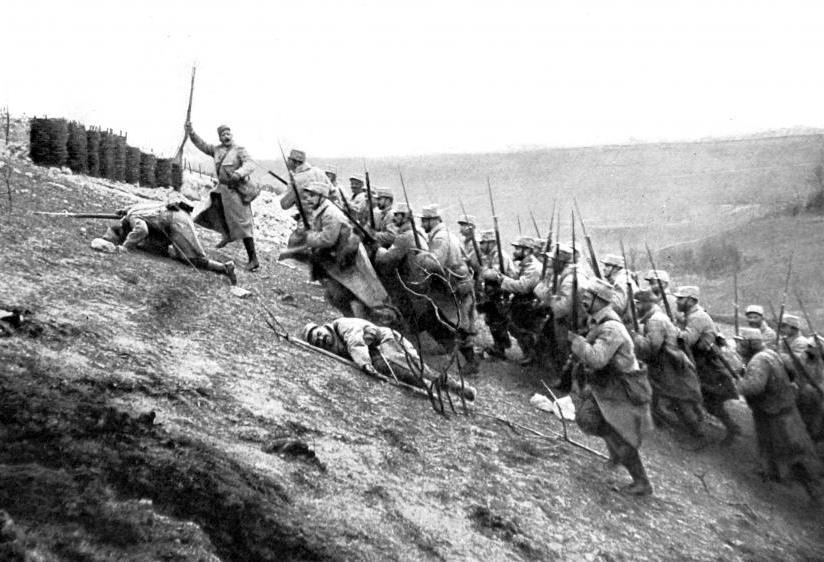 Above: a posed ‘combat photo’ of French troops attacking near Ablain St. Nazaire in April

Ever since French Commander-in-Chief Joseph Joffre suspended his offensive in Champage Province, Artois has become the main focus of French action. A series of attacks along a 90-mile line, including the disastrous British offensive at Aubers Ridge and renewed attacks at Les Éparges, have aimed at drawing German strength away from the elbow of the Western Front where it turns north towards Flanders. Collectively known as the Second Battle of Artois, the campaign will incur 130,000 casualties on the allied force when it ends in June, killing or wounding just 73,000 Germans.

After a prolonged artillery bombardment today, an assault from north, south, and west takes most of the Spur of the White Way, a ridge pointing at Souchez and overlooking the disaster area that was once the town of Ablain St. Nazaire. The attack uphill from Ablain captures a communications trench between the White Way, a road named for exposed chalk deposits, and Souchez, the center of the German defense in the salient. Taking a few hundred Germans prisoner, the Frenchmen prepare themselves for the inevitable counterattack, which they repulse at about 2 AM. 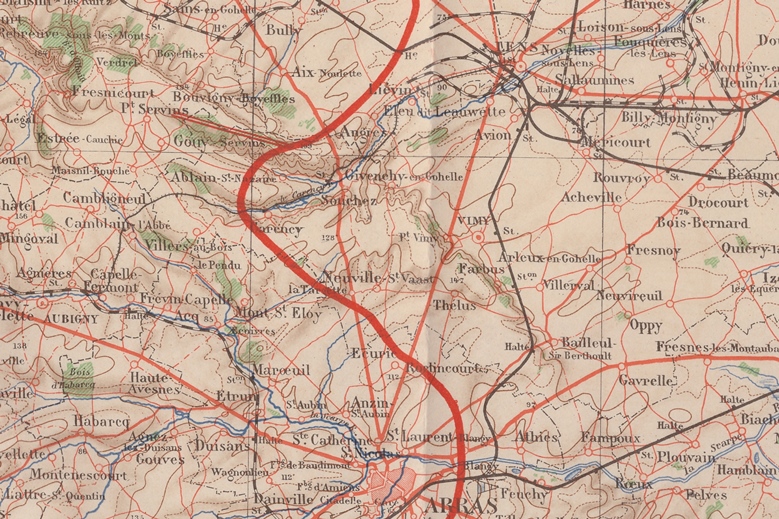 A strange mathematical transition has occurred: pursuing a policy of limited offensives for limited gains, commanders are consciously employing a decision-matrix of lives and limbs for yards of ground gained. Known as ‘attrition warfare,’ this doctrinal calculus is the very characteristic of modern conflict that we find most compellingly horrific. The need to limit casualties thus creates the enduring symphony of death and destruction that makes the Great War so ‘great.’

Field Marshall Erich von Falkenhayn, the Chief of the German General Staff, gives the defense of the salient his personal attention. In fact, he cuts his only Western Front offensive, the Second Battle of Ypres, short in order to reinforce the line here during the Summer. Strategically, Joffre wants to draw German armies away from Russia, but this does not happen; outlobbied by Field Marshall Paul von Hindenburg, Falkenhayn has already shifted Germany’s strategic strength to the Eastern Front, knocking the Russian Army back from half of Galicia. 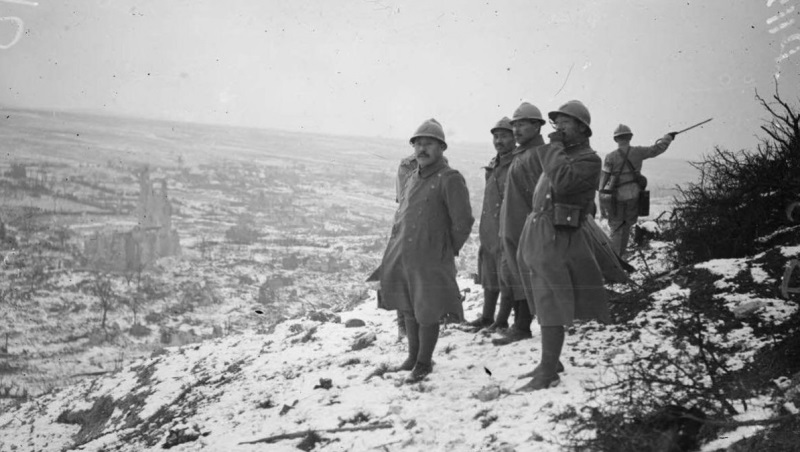 Japanese officers visit the Spur of the White Way in November 1915. Note the ruined church of Ablain St. Nazaire below

But on both fronts, the success or failure of offensives is determined by material factors: logistics, communications, transportation, mass production — the whole chain of nation-provided war kit and weaponry that goes along with modern warfare — these are the things which decide victory or defeat, not the courage or élan to charge uphill with bayonets fixed. Even when mobility returns to the battlefield, as it has in Galicia, every offensive must await the delivery of tens of thousands of high explosive shells to reduce the casualties to one’s own infantry during the attack.

Today’s battle represents a bloody learning-curve. Since May 9th, when lack of coordination and failure to pound enemy defenses with powerful high explosives told in lives lost in an earlier attack here, the French have learned to bombard enemy positions for hours or days before an infantry assault. By dialing up the characteristic form of violence during this war, namely artillery fire, they are ironically trying to reduce casualties. 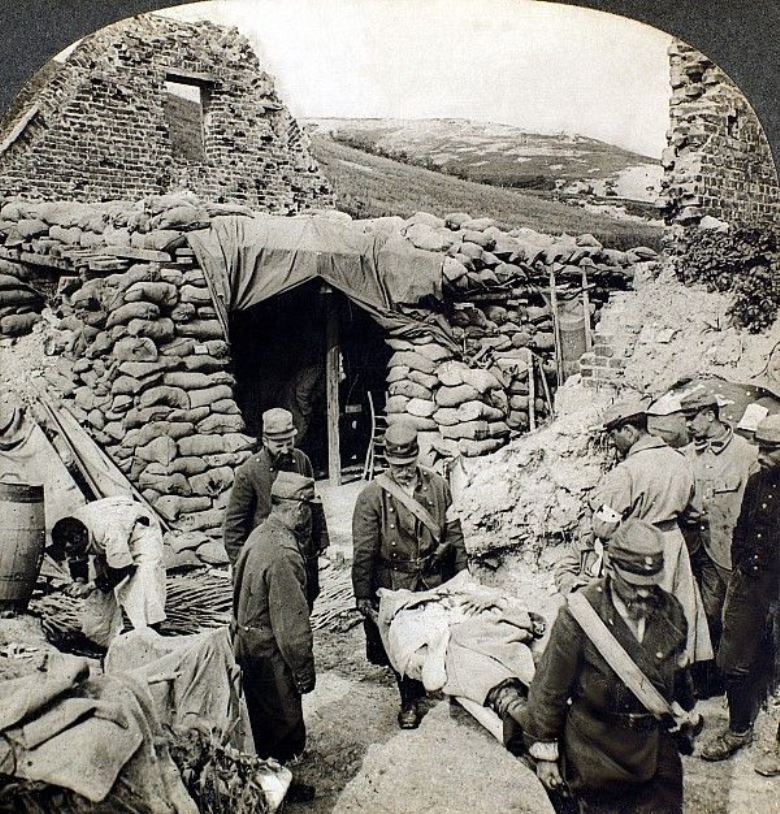 A casualty leaves an aid station built of sandbags in a ruined house at Ablain St. Nazaire. Background: the Spur of the White Way

Share on FacebookShare on TwitterShare on Google+
artillery, France, Germany, infantry, Materialschlacht
11 - May Flowers, 1915 - Old World In Ruins, Western Front
Posted on May 21, 2015