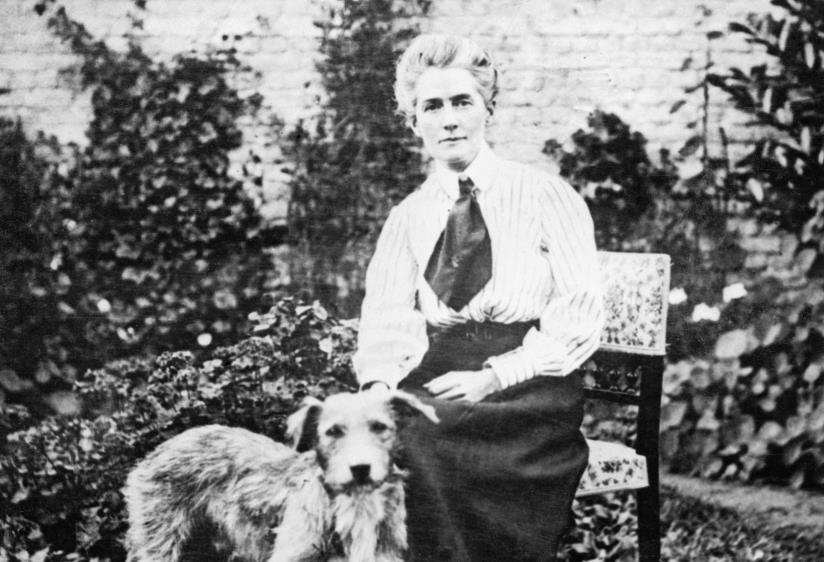 Nurse Edith Cavell dies today at the age of 49. The conclusion to a life which had saved so many others takes place on a firing range at seven o’clock this morning after international calls for clemency led by the American and Spanish ambassadors failed to persuade General Traugott Martin von Sauberzweig, the military governor of occupied Brussels, to spare her.

Cavell’s name is almost synonymous with the development of modern nursing in Belgium. After working in hospitals and teaching institutes for more than two decades, she published the first professional journal for nurses in the country, and by 1914 was a regular training presence at dozens of schools and infirmaries. Born in England, she was visiting home when the war broke out, but returned through neutral Holland to answer the cries for mercy from tens of thousands of wounded men. Had she limited herself to tending the injuries of German, British, French, and Belgian soldiers alike, Cavell would never have been arrested, but her sense of patriotism led Cavell to take part in an ‘underground railroad’ for wounded allied soldiers. Supplied with money and false papers by local aristocrat Prince Reginald de Croy, 75 British and French soldiers were smuggled across the border into Dutch territory, with many staying in her own house. More than 100 French and Belgian civilians of military age have also been spirited out of German hands, violating their law against “conducting soldiers to the enemy.” 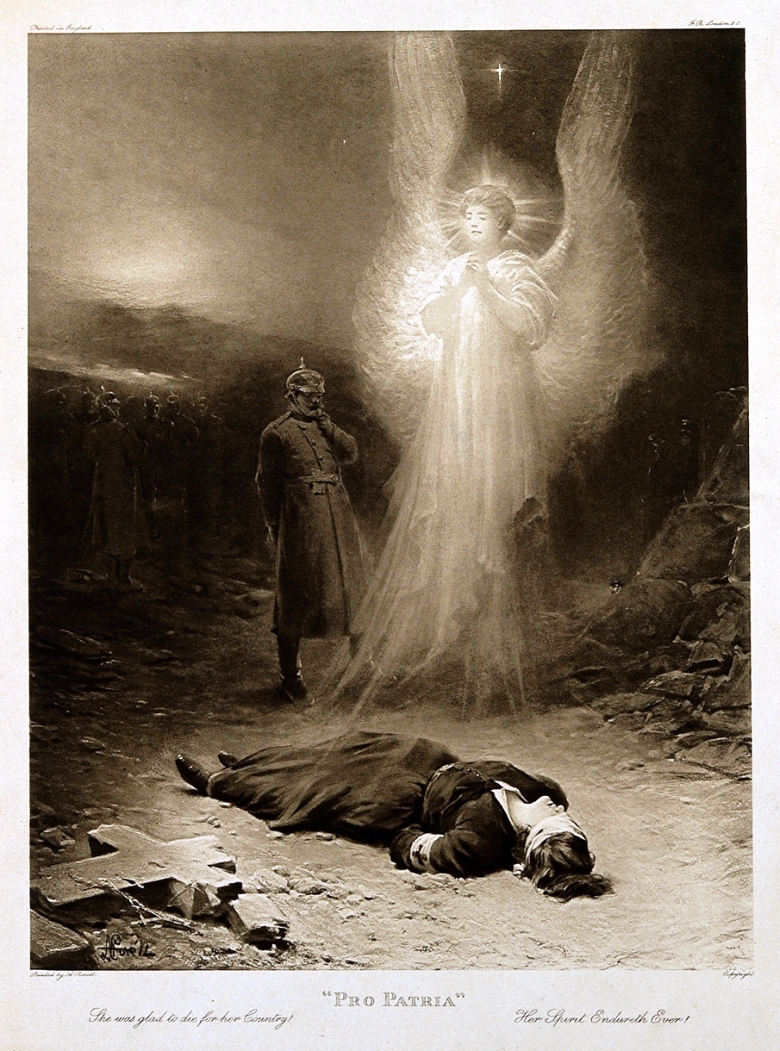 An example of the iconography born of Cavell’s execution. Several legends also grew up around the event

It was not difficult for German authorities to roll up the network, although de Croy was able to elude the roundup. During interrogation after her arrest on August 3, Cavell was shown a postcard mailed by one of the British soldiers she aided, and her outspoken views also drew attention. After the war, a Frenchman named Gaston Quien will be convicted of collaborating with the German occupation as an informant on Cavell. Of the twenty-seven put on trial, Cavell was one of five sentenced to death for the conspiracy, General Sauberzweig has refused to give his political superiors any opportunity to intervene, and appeals to the occupation’s governor general Moritz von Bissing have failed to win clemency. But she was not bitter. In her cell last night, Cavell told a visiting American chaplain:

They have all been very kind to me here. But this I would say, standing as I do in view of God and eternity: I realize that patriotism is not enough. I must have no hatred or bitterness towards anyone.

If the Germans had hoped to deter their enemies, however, the opposite happens. In fact, the execution of Edith Cavell becomes another public relations blow for Germany in the United States, while her value as a propaganda symbol in Britain never diminishes for the rest of the war.

After the war ends, Cavell’s body is exhumed and transported to Westminster Abbey on a gun carriage for a state funeral attended by thousands, including mourners, military personnel, and nurses in the procession She is then buried at Norfolk Cathedral, which receives a special royal dispensation to re-inter the coffin.