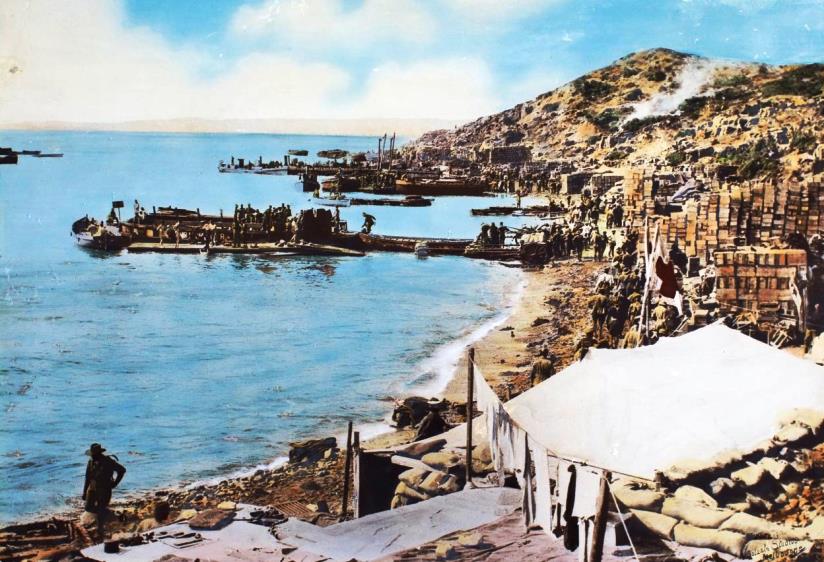 At 3:30 this morning, Captain Ray Leane’s C Company sets out on a reconnassiance of Gaba Tepe, a coastal promontory sixty feet above the sea. Like many points overlooking allied positions that are held by the Turkish defenders at Gallipoli, Gaba Tepe offers a line of sight into Anzac cove (see above), where thousands of Australian and New Zealand troops huddle on the narrow beachhead. Leane’s unit has been reinforced with four signalmen, a demolition party of one officer and 10 sappers, the 11th Battalion doctor, and six stretcher-bearers. Believing the position to be lightly defended, Leane’s commanders want him to reconnoiter the hill and expel the enemy from his artillery observation point.

As the men row their four landing boats onto the shore, however, the folly of their orders becomes crystal-clear as the Turks open up with everything they have in short order. Barbed wire prevents progress uphill; a machine gun has Leane’s men enfiladed against the twelve-foot high beach bluff; Turkish artillery fire soon shifts from Anzac Cove to his own position; reinforcements are arriving. Moments after landing, Leane realizes that he must get out of this death-trap, and directs his men to exfiltrate through a gap his engineers have made in the wire.

But then two large explosions shower his party with sand, and then another barbed wire obstacle blocks his escape along the beach. Four men sent to wade around a wire obstacle return to report that route is blocked, too. The only way out of this hell is back the way Captain Leane came — over the water, in an open boat, a sitting duck. 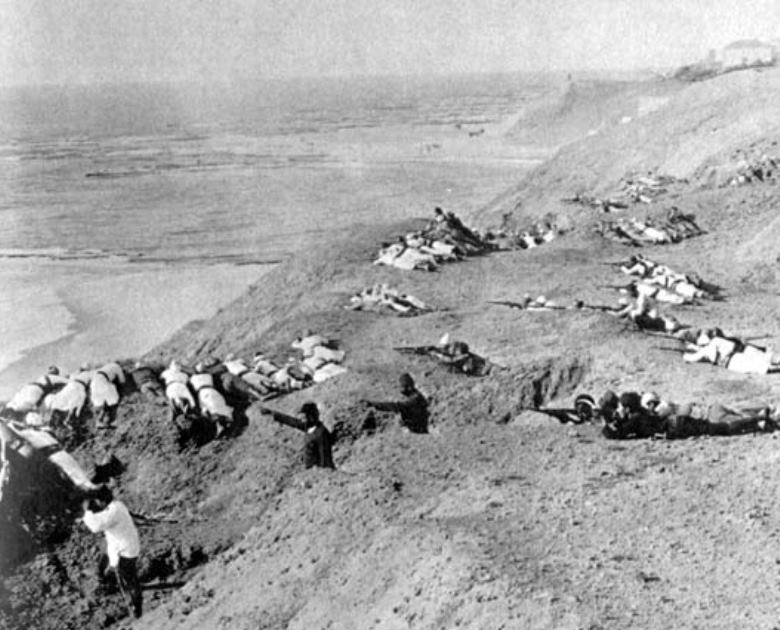 Just forty-five minutes after setting foot on land, Leane signals for his wounded men to be extracted. The naval task force now applies covering fire; soon joined by guns from Anzac Cove while a boat approaches the beach under the Red Cross flag, these guns all go silent at the last moment to avoid killing Leane’s men. Remarkably, the Turks respect the flag and hold their fire while the wounded are evacuated.

Then the destroyer HMS Colne closes with the shore, blasting more than 250 four-inch shells over fifteen minutes to provide suppressive fire as four more boats arrive to carry the ill-prepared landing party away. Three men are left behind, but recovered later in the day thanks to extraordinary efforts by the Royal Navy. Eight of Leane’s men are dead and sixteen are wounded — a fairly small cost by the standards of the campaign, and a testament to Leane’s powers of command. Gaba Tepe will remain a vital Turkish artillery observation point for the rest of the campaign; the operation has been a complete failure, but they have lived to fight, and perhaps still die, another day.

In the meantime, all across a war-torn world, British naval and army artillery officers alike wonder when the empire will send more shells. British financiers cash in the empire’s chips to monopolize wartime markets and import war materials. The Gallipoli Campaign is in fact a strategic bid to link France and Britain with their Russian ally in a logistical stranglehold of superior production capacity. 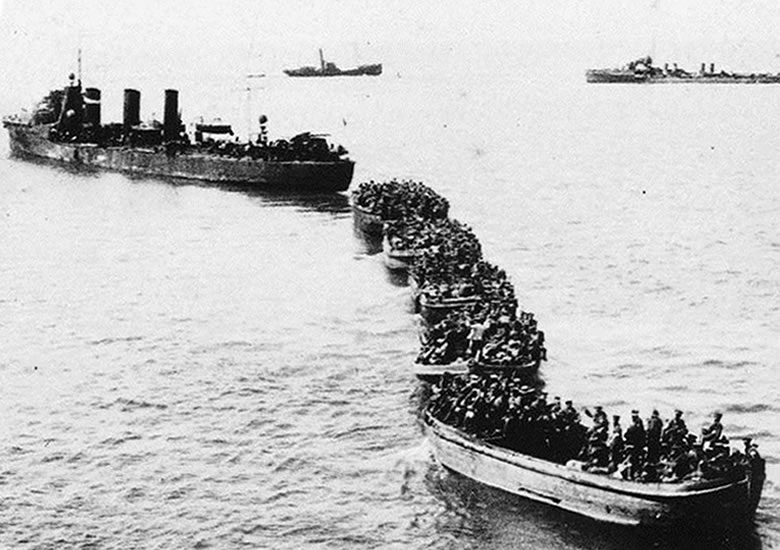 Landings in rows of open-topped boats towed behind steamers. Cut loose near the shore, the men used oars the rest of the way

Hours later today in London, thousands of miles from the ongoing fiasco at Gallipoli that nearly destroyed Captain Leane’s company, Chancellor of the Exchequer David Lloyd George submits his very last budget of £1,632,654,000. Eager to continue financing the war through debt instead of taxes and avoid inflation, his only proposals for new revenue are a doubling of liquor taxes and another big hike in excise taxes on heavy beer. It is the latest example of the temperance movement’s wartime influence on Lloyd George.

Lloyd George is increasingly being distracted from his role at Treasury by his burgeoning new responsibility for British arms manufacturing, a job that has already given him unprecedented direct control of relations between labor and management relations. He will withdraw the liquor tax proposal, move from Treasury to the new Ministry of Munitions in June, and succeed in overcoming enough manufacturing bottlenecks to win the war — but not the Gallipoli Campaign. 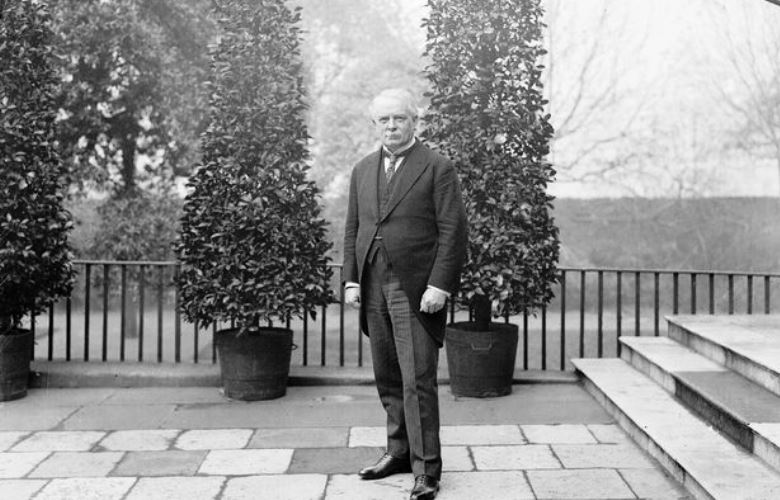