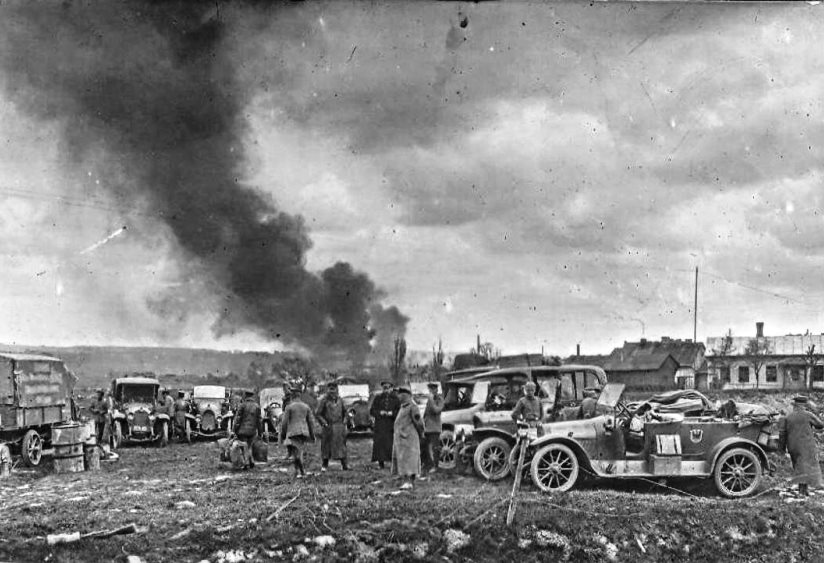 As exemplified in the above photo of a fueling point in conquered ground, the Central Powers have chosen western Galicia for their new offensive because of the relatively good roads between the Dunajec and Biala Rivers. Dry, sunny weather leaves dirt tracks hard and resilient enough to carry endless convoys of motor vehicles, guns, wagons, and the procession of horses and men that is an army on the move. As the Romans knew, good roads make for faster armies, and General August von Mackensen intends to restore mobility to the Eastern Front.

It was impossible to keep this new offensive wholly secret simply because it is so big. Indeed, Russian intelligence has been aware of the impending attack since at least four days ago, when the movement of reserves to the front became impossible to conceal and the first preparatory attacks on the Biala began. But knowing about a future event and doing something about it are two different things; Russia’s vast army is spread over an equally vast theater of war, and still suffers from embarrassing material shortages. With the largest Russian formations wasting their blood to push through Carpathian mountain passes to their south, the joint force attacking today outnumbers its Russian opposition almost three to two, with an eighty to one advantage in heavy artillery.

Last night, a desultory bombardment rattled defenders’ nerves while pioneer teams cut Russian barbed wire obstacles in the dark. At 6 AM today, a thousand cannons thunder between the towns of Gorlice and Tarnow, striking up a methodical symphony of destruction over a four-hour period. When the barrage lifts, the first thirty thousand German and Austro-Hungarian troops make a frontal assault. They overrun the shattered defenders in their inadequate entrenchments, then surround and neutralize centers of resistance. Tens of thousands of Russians surrender, many cutting their own way out through the wire in order to survive the catastrophe. 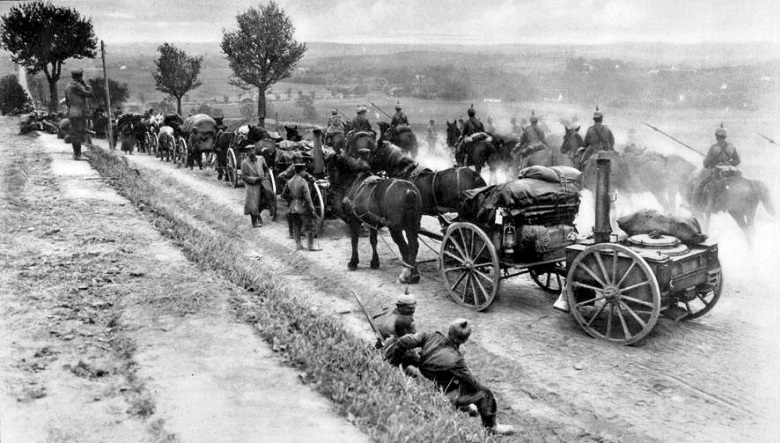 Mackensen’s Eleventh Army includes units from the Western Front with experience in offensive trench warfare. Withdrawn from Flanders and Champagne in secrecy, these regiments are also equipped with the best new innovations for assaulting modern field defenses, such as mortars, wire cutters, flamethrowers, and raiding tactics. The Russian trenches are quite deficient by comparison: too shallow and straight, many lack sandbag reinforcement; wire defenses are neither deep nor thorough enough. Known as the Battle of Gorlice-Tarnow, the fight hardly seems fair. It is not meant to be.

Advancing four to six miles by the end of the day along a front thirty miles deep, Mackensen’s Eleventh Army — which is ostensibly subordinate to the Austrian commander of Third and Fourth Army on his left and right flank — has already won a flawless victory by the standards of 1915. There are still many battles ahead, and the ensuing winning streak will transform Mackensen into a German national hero. By June, when half his 170,000 men are dead, wounded, captured, or missing, he will receive the honorific title of ‘Field Marshall’ — and have full control of a constantly-evolving formation known by its proximity to him rather than a number or home region.Fittingly for the subordinate state of the Hapsburg army, Army Group Mackensen will remain a joint force under German command. 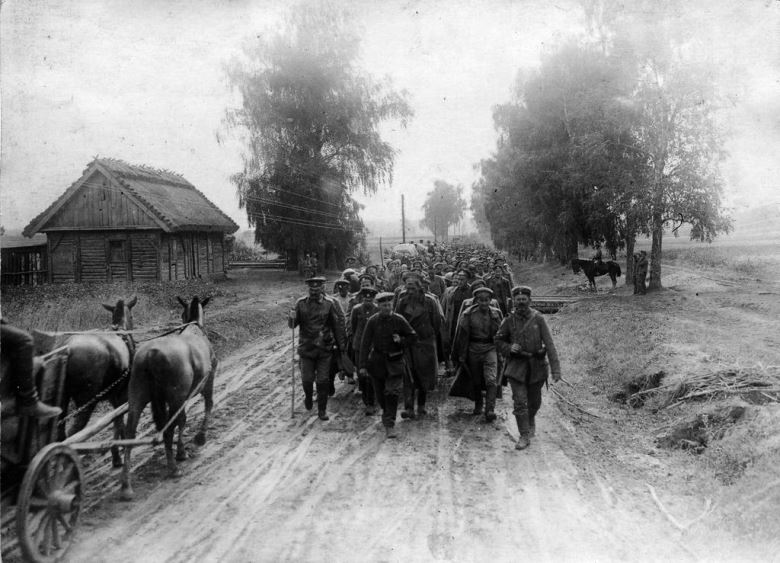 Some of the quarter-million Russian prisoners of war taken during the battle being marched to camps. Altogether, more than 400,000 Russians will be killed, wounded, or captured during the month of May. Half of Mackensen’s force will be consumed by July

A Russian counterattack on the third day fails to dislodge the 170,000-man force from its captured positions, whereupon Mackensen pushes forward into open country, achieving the sort of breakthrough that another German army is simultaneously trying — and failing — to win at Ypres in Belgium. Having virtually destroyed the Russian Third Army by the end of the first week, Mackensen will incline the Austrian troops on his right towards the fortress city of Przemysl, threatening to cut off the Russian armies in the Carpathians and forcing a general retreat as far as three hundred miles, abandoning Poland and Galicia.

The high tide of Russian success has receded, and the best chance of a rapid victory for her allies is going out with it. 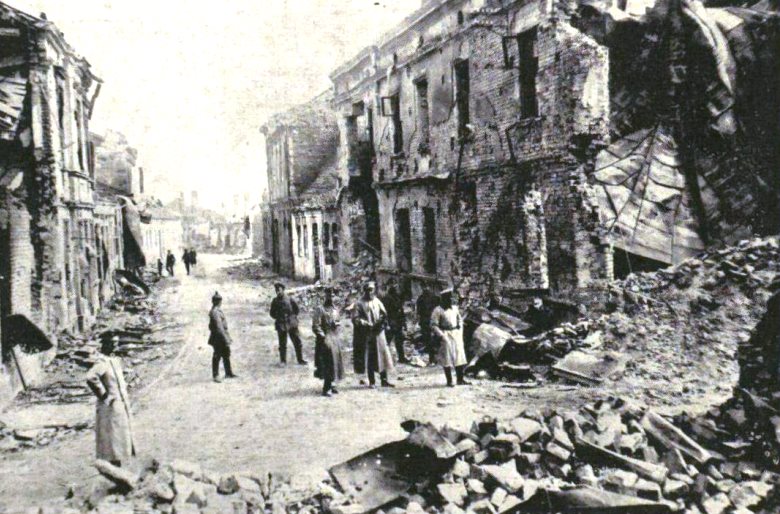 Damage to Gorlice after the battle. Fighting had already raged here for months before the offensive and both towns were shattered