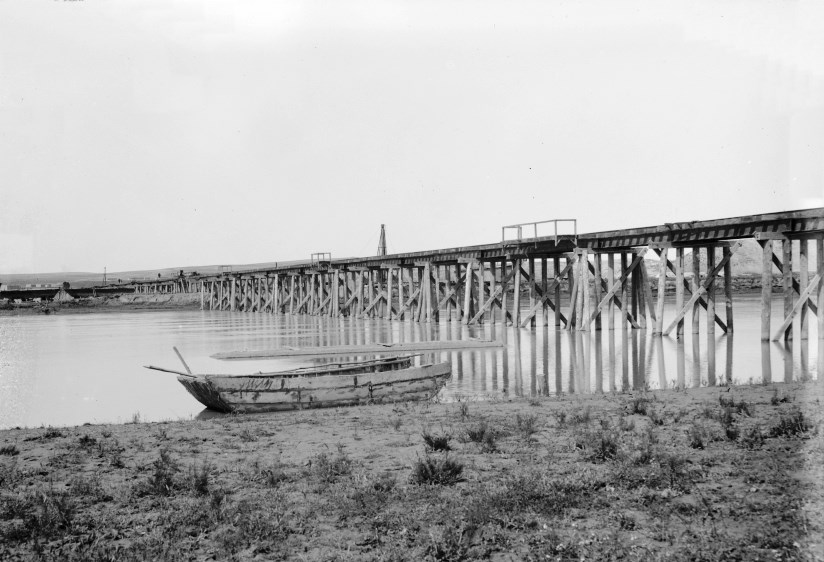 Today, the Baghdad railway bridge crossing the Euphrates River near Jerablus Station (see above) is pronounced open for traffic. Constructed of wooden piles sunk thirty feet below the riverbed using special sheet steel cofferdams, the bridge will later be improved with masonry piers and ten steel girder spans, each 263 feet (80 meters) long. It is the latest sign of steady, if slow progress on the ambitious Berlin-to-Baghdad Railway, a project with roots nearly eight decades old that has come to mark Kaiser Wilhelm II’s imperial aspirations in the Middle East.

Originally planned in Britain and including French participation, by 1910 the financial and engineering work on the railway was dominated by the Reichsbank and German state policy. Since then, hundreds of miles of track have been laid. Now that Germany and the Ottoman Empire share a wartime alliance, the completion of the rail line all the way to Baghdad seems even more urgent to defend Mesopotamia from a British imperial army that has already taken Basra, and is building a railway of its own towards the ancient seat of modern Iraq.

Constructed using narrow-gauge rails, specially-built roads, and thousands of animals to move men and equipment, the stretch of railway leading from Konia to Jerablus is already a wonder of engineering, with more than seven miles of tunnels connected by concrete bridges as it passes through the Taurus Mountains from Aleppo, in modern-day Syria, to Mosul in what is now Iraq. Yet even with German help and money, the project will only succeed in replacing these rails with standard gauge a few weeks before the Armistice.

A map of the Berlin-to-Baghdad Railway route. Note that one line passes through Serbia, now at war with the Central Powers, while the other goes through contested Galicia, which is currently occupied by a Russian army, and still-neutral-but-sketchy Romania

The Berlin-to-Baghdad Railway is meant to be the imperial backbone of the German Mitteleuropa project, a proposed new economic rearrangement of the world that has emerged as a primary German war aim. Thinking much like any railroad monopolist, Wilhelm wants direct German access to the Orient, bypassing the Suez Canal by way of Turkey, but passing through Serbia. Historians thus assign some amount of blame for the Great War on Wilhelmine aspirations to control the projected route through the Balkans using an Austrian alliance, and the dispute over the archduke’s assassination, as a convenient pretext. At the very least, as a key facet of German policy and a competitor to British policy, the railway created distrust and opposing policies which made war possible.

But we must also understand it as an Ottoman bid to diminish Mecca’s power by connecting the pilgrimage destination to a rail network controlled at the Sublime Porte. Whereas British and American interests are commonly understood as the genesis of all turmoil in the Middle East, we must regard German and Turkish meddling in the first decades of the 20th Century as another important factor. In 1915, their agents are unleashing armed Arab discontent, whipping up jihad, and bribing countless chieftains in a cooperative bid for regional ascendance; Turkey has become to Germany what Egypt is to England and Morocco is to France. So why are German and Turkish responsibility so often missing from the narratives of imperialism?

After the war, a British concern will once again take over management of the railroad project. The Taurus Express will never connect Berlin to Baghdad as an instrument of German policy, while the overall project will remain incomplete until 1940. By then, the world is at war again, and while Turkey’s neutrality will render the railway a non-factor in those events, a renewed German evangelizing effort will link fascism with jihad. 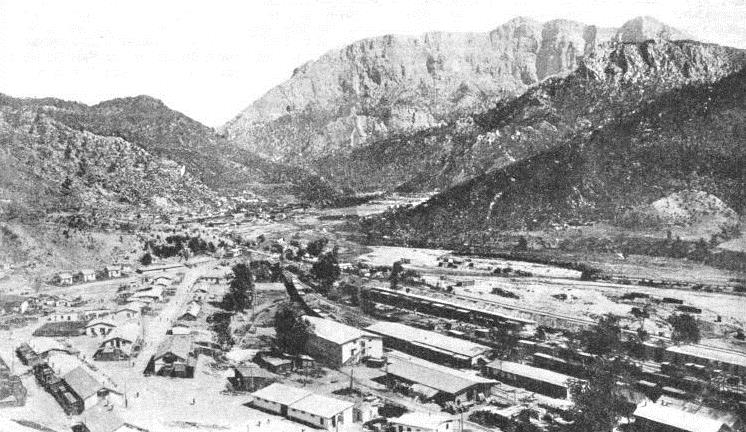