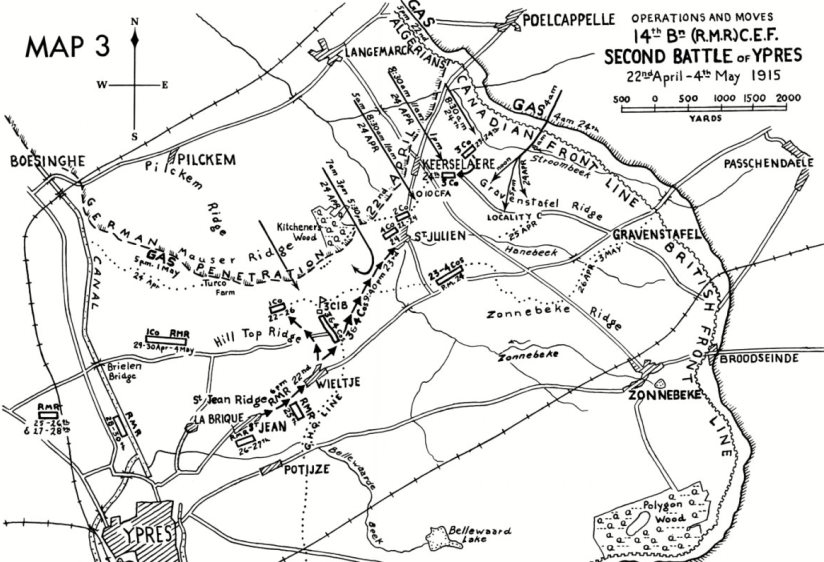 Advancing in the wake of the first poison gas attack on the Western Front yesterday, the 46th Reserve Division managed to cross the Yser Canal at two points, while the 51st and 52nd Reserve Divisions made it all the way to Mauser Ridge and Kitchener’s Wood on the outskirts of the medieval Flemish town of Ypres itself. Overrunning the positions of two French divisions as they advanced behind the pale green cloud of chlorine, these units are conducting the first strike in a new German offensive. It will last for weeks, kill 70,000 allied troops at a cost of half as many German lives, and be the German General Staff’s only offensive campaign on the Western Front this year.

Weakened by his power struggle with Paul von Hindenburg, Field Marshall Erich von Falkenhayn resigned as War Minister in January, retaining his position as Chief of Staff. Criticized later for failing to follow up the debut of gas weapons with extra reserves, he actually has little manpower to spare, for the bulk of Germany’s new armies are being sent East. The Kaiser has instead chosen to prioritize Field Marshall Hindenburg’s plans for a new offensive on Warsaw.

The Ypres Salient is an accident of the heat and pressure with which the Western Front came into being. Behind it, roads and rails connect the allied front to the Channel ports. By threatening Ypres, Falkenhayn also threatens the position of both the British and Belgian armies, which he regards as the weaker partners of France. His pincer movement aims to break the Western Front by lancing the bulge in the allied line, but he hasn’t the men he wanted, and he hasn’t counted on the Canadians. 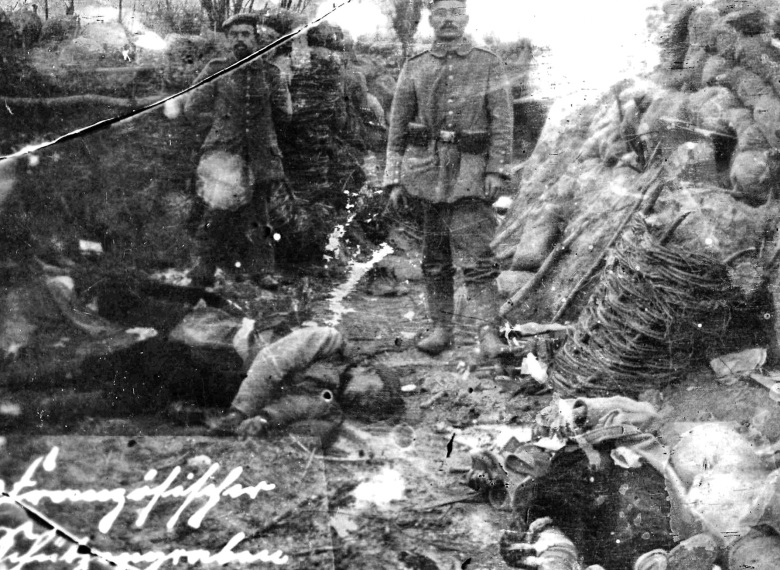 Canadians weren’t the only colonial troops to fight and die bravely. Germans stand over Algerians killed in yesterday’s gas attack

The 1st Canadian Division has been hard-pressed for the last twenty four hours as British cavalry units formed a dismounted defense line. Forced to now defend a bloody angle against attack on three sides, by the end of the day tomorrow their stalwart performance will have cost more than two thousand lives, with another four thousand wounded. Major Rykert McCuaig’s men on the left flank perform with remarkable courage, but only by their own near-total destruction. A nighttime counterattack by two battalions at Kitchener Wood has cleared the objective, but only one in four of them is left alive and unwounded.

Since yesterday, Lance-Cpl. Fred “Bud” Fisher has been earning the first Canadian Victoria Cross of the Great War by leading a cook and his comrades in a series of tireless, desperate actions. Tomorrow, another gas attack targets the Canadians, but they have already prepared themselves with cotton gauze, handkerchiefs, socks, or rags, so the ensuing German assault fails. Three thousand Canadians are dead, but the line holds. In a very real way, the Second Battle of Ypres forges the Canadian nation; postwar Prime Minister Mackenzie King will refer to Ypres as “one of the Earth’s altars.” 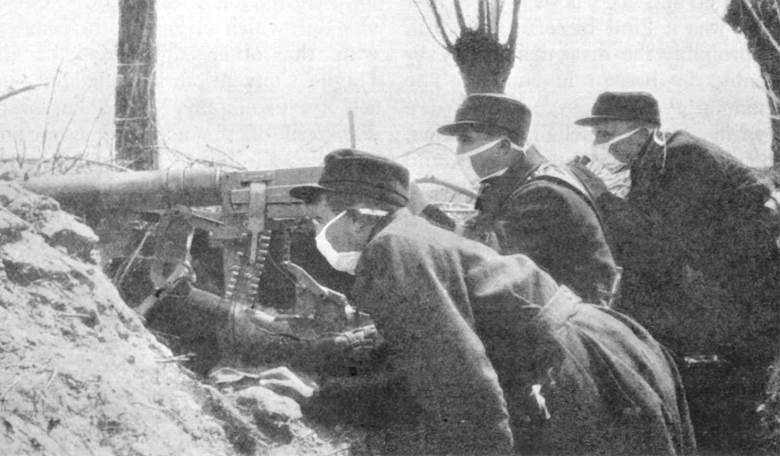 Already in protective masks after the gas attacks on their flank, a Belgian machine gun team fights during Second Ypres