It is rare for Sir John French, commander-in-chief of the British Expeditionary Force in France, to bother making official denials of German accusations, but today he specifically and emphatically rejects German charges that his troops have used asphyxiating gases in combat. For the last week, German press releases have been almost monomaniacal about the issue, charging France with using gas-filled artillery shells, mortar rounds, bombs, and bullets; then two days ago, their accusations shifted towards the British force at Ypres.

In fact, French pioneer regiments did use thousands of tear gas rockets at the beginning of the war, when each side was throwing everything it had into battle, thus feeding German propaganda at the very same time German scientists were experimenting with their own tear gas shells. For months now, German field reports have expressed certainty that French troops are using gas grenades. Whether rightly or wrongly, from the German point of view the chemical battle has escalated; from the British and French point of view, however, there has been no chemical battle at all. Rather, the allied high commands are systematically ignoring the signs of an impending chemical attack.

A week ago, Private August Jaeger deserted his post in the front lines near Langemarck, crossed no man’s land, and defected to the 11th Division under the command of General Edmond Ferry, whereupon he began relating detailed information about the disposition of his unit’s forces. This in itself is not unusual: both sides will see thousands of men desert and surrender to the enemy during the war. But Jaeger’s report that eighty gas cylinders are positioned for an attack in his company’s sector, and are only waiting on favorable wind conditions to carry it out, disturbed General Ferry enough for him to pass the matter upwards.

Instead of inspiring action, however, Ferry has received a reprimand from Joseph Joffre for communicating the information to his British colleagues without going through ‘proper channels’ — and for thinning out his front lines to prevent disaster. It is just one of many mistakes the allies are making as the Germans prepare to use poison gas for the very first time. 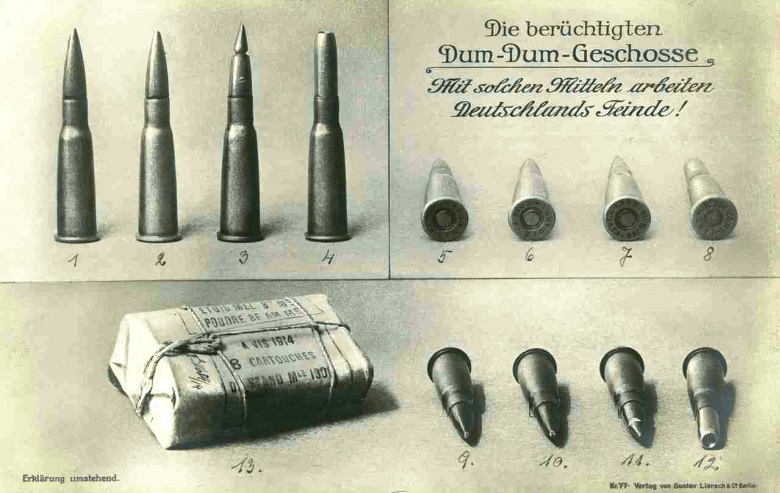 From the beginning of the war, German propaganda accused the allies of using dum-dum bullets, i.e. ammunition designed to ‘explode’ or expand on contact with human flesh. In fact, poor quality control merely resulted in brittle bullets

General Smith-Dorrien, commander of Britain’s Second Army, has a similar experience. A second German deserter named Julius Rapsahl has not only described the same canisters in the front lines, but shown his interrogators the cotton mask he was issued in preparation for the attack. Smith-Dorrien goes so far as to warn his subordinate commanders, who put their medical staff on high alert, and insist on a reconnaissance flight to look for evidence of the canisters, which are too well-hidden by now.

During fighting around Hill 60 in the last few days, British troops even found several of the forward-deployed canisters in the wreckage of a trench blown up by an underground mine; they had wondered why the German defenders were so quick to abandon their positions.

Even the Belgians are sounding an alarm. Three days ago, their intelligence service heard from civilian spies inside German-occupied territory that a factory in Antwerp has received a huge order for breathing masks like the one Rapsahl showed his interviewers. Nevertheless, Sir John French — who already despises Smith-Dorrien — privately sees the episode as a sign of weakness, regards the German masks as a paranoid defensive reaction to those untrue reports of British and French gas, and rejects all these warning signs of an impending gas attack. 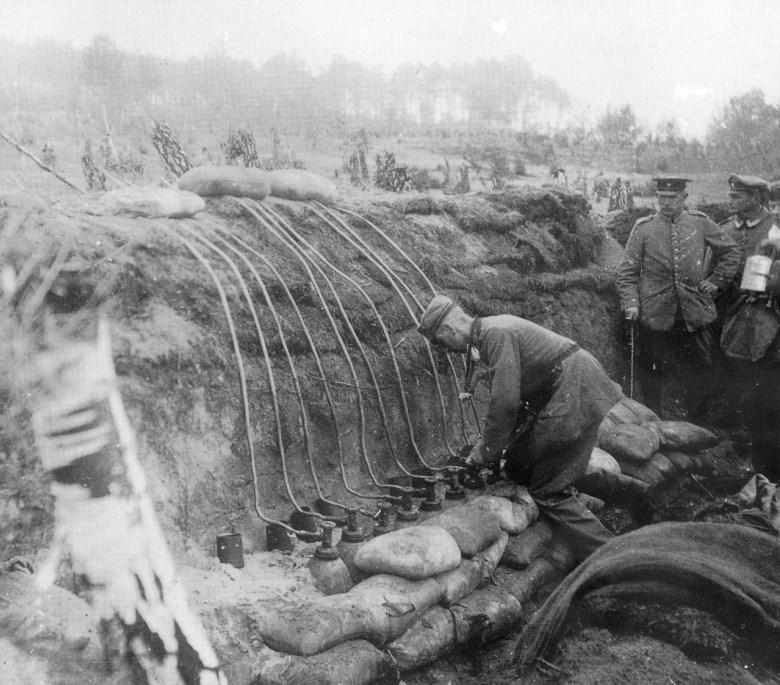 A German battery of chlorine gas canisters being prepared for an attack, awaiting the right weather conditions to prevent blowback

In fact, the attack is being supervised by Dr. Fritz Haber, a German chemist already responsible for the mass production technique his country uses to make nitrate fertilizer and high explosives in spite of the British blockade. Reasoning that abundant chlorine waste from Germany’s advanced chemical industries somehow exempts his scheme from the 1899 and 1907 Hague Conventions, Haber disregards all moral objections to the use of poison gas, even after his wife — a scientist in her own right — commits suicide to protest his lethal project. Taking no time for grief, Haber has kept busy with his arrangements, personally supervising the installation of more than 5,700 gas canisters and exercising firm control over the timing of their release.

Yet Haber has not gotten everything he wanted from the German General Staff. Doubting the efficacy of the new weapon system, and distracted by the secretive shift of forces to the Eastern Front for a bold offensive on Poland, Field Marshall Erich von Falkenhayn has not sent reserves to Flanders. This means that there will be no extra troops to exploit the breakthrough created by the gas, but his decision also has the unintended effect of masking the operation, for the arrival of such reserves is considered the primary indicator of a pending attack in April of 1915.

Thus, allied high commands dismiss worries of a surprise German offensive on Ypres, with or without poison gas, for reasons that make perfect sense at the time. And even if they did take these concerns seriously, it’s not clear just what Sir John French and his subordinate generals could have done to prepare for it. Front lines might be thinned out, but there are no stocks of gas masks on hand to pass out among the troops, and it would be hard to initiate defensive measures without knowing what kind of gas the Germans plan to use. Nevertheless, the episode will forever stand as a stark warning that even the best intelligence is worthless to those who refuse to acknowledge it. 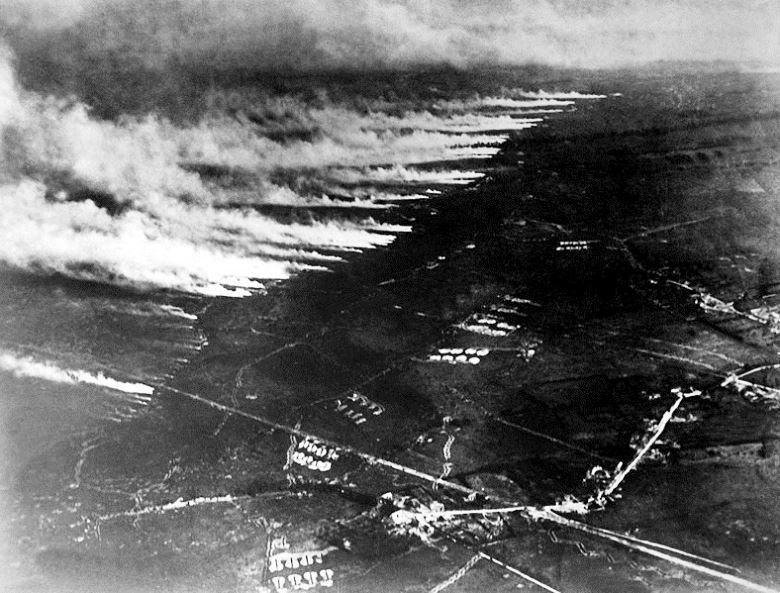