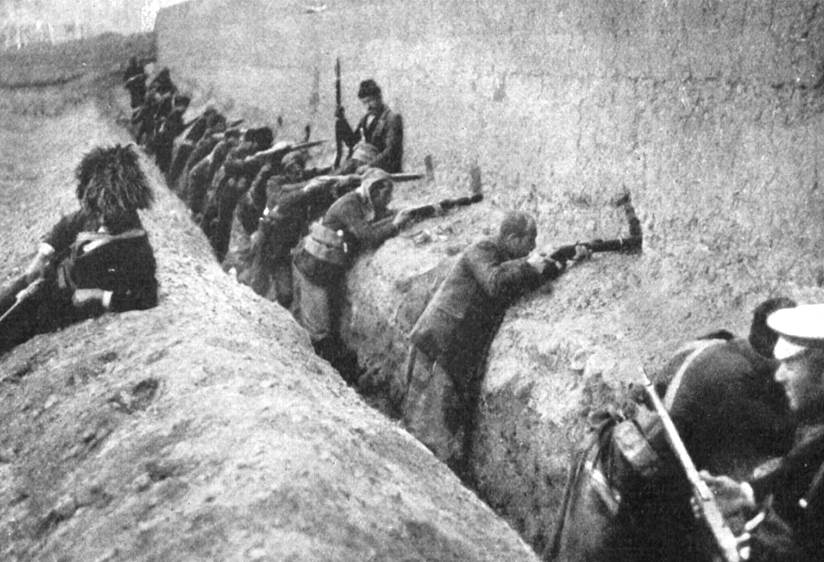 The land between Lake Van in Turkey and Lake Urmia in Iran is a natural crossroads, a diverse cultural and religious habitat divided by a national border that is more theory than fact. Ismail Enver Pasha, War Minister of the collapsing Ottoman Empire, was badly defeated by a Russian army at Sarikamish at the beginning of the year; blaming the debacle on Armenian volunteers of the Tsar rather than his own generalship, Enver Pasha took advantage of a temporary Russian withdrawal from northern Persia to send Kurdish fighters on a punitive campaign of rapine and massacre reaching as far as Tabriz.

Armenian, Syriac, or Greek: the Turkish mullahs preaching jihad in northern Mesopotamia and the Levant these days do not discriminate in their religious justifications for genocide. Under the Young Turks, the creaking empire has declared holy war on itself. Since the end of 1913, the ‘Three Pashas’ — Grand Vizier Mehmed Talaat Pasha, Navy Minister Ahmed Djemal Pasha, and Enver — have become increasingly focused on ‘the Armenian question.’ With the most important foreign relations that had checked Ottoman abuses of religious minorities now ended by war with those same powers, the Three Pashas see an opportunity to impose a final solution for their ‘problem.’

Sarikamish is the terminus of a rail line, so Russian support must approach on mountain roads. Click here for the full-size version

Over the last two weeks, Turkish gendarmes and armed criminal gangs known as chetes have killed tens of thousands of Armenians in the towns and villages around the city of Van, displacing the rest. Most of the survivors are now huddled in the city, hungry and frightened and supremely vulnerable to disease. Altogether, there are about 1,500 Armenian men ready to bear arms — three for each available rifle, and two for every pistol. These ratios have been created by a systematic campaign of civilian disarmament, murder, and criminal exploitation over many months, but they are also a measure of how many Armenian fathers and sons have been killed.

Djevdet Bey, Governor of Van and Enver Pasha’s brother-in-law, has demanded four thousand Armenian conscripts since December. Knowing the fate that awaits all Armenians in the Ottoman Army, they have declined to line up and be marched off to dig their own graves. Ammunition is short. The nearest relief is a hard-pressed Russian Army with its own supply problems, far from any available railhead. In the meantime, every Armenian man or boy will be slaughtered. It is not for nothing that one Turkish unit is known as ‘the Butcher Battalion’ (kasab taburu).

Outnumbered by the Turks living in their midst, six days ago the Armenians established control of Van, igniting an exodus of non-Armenians. Commanded by Staff Major Köprülü Kâzım Bey, the Turkish gendarmes had maintained a perimeter around Aygestan and Old Town, but Enver Pasha’s 1st Expeditionary Force is nearby. Supplemented with the Hamidiye cavalry units that left a trail of slaughter across the Qotur Valley into Persia, the formation has field artillery, high-angle mountain guns, machine guns, a field hospital, and the full accouterments of modern war — altogether, about 60,000 men. 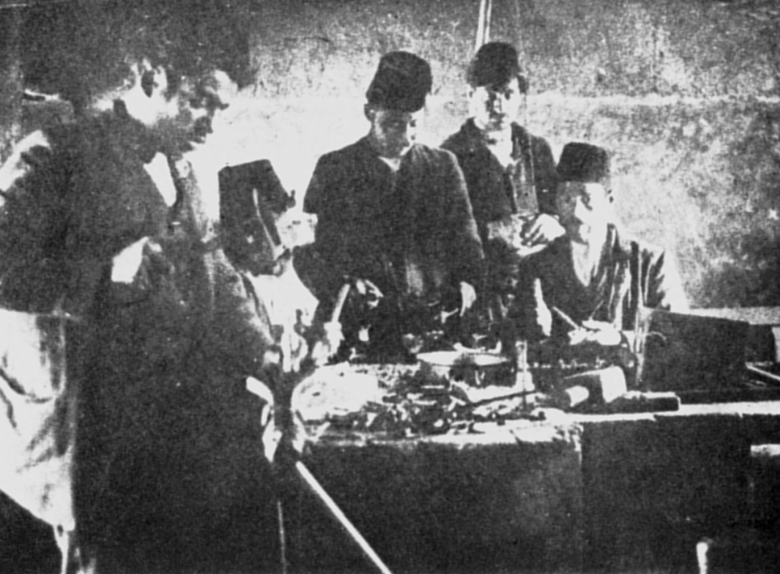 Like the Warsaw Ghetto Uprising of 1943, the resistance in Van was a desperate and murderous urban battle of close combat. Brass cartridges were re-loaded at the rate of 2,000 a day

The fuse is lit today as Ottoman soldiers assault an Armenian woman trying to enter the city alone, shooting dead two Armenian men who try to help her. Galvanized, the Armenian community secures 91 different defensive zones and holds their gates open for refugees, who immediately flood the city in their tens of thousands. Fusillades of fire convince the gendarmes to await reinforcements and heavy weapons, which arrive in due course.

While neutral American and even German sources also witness these events, Rafael Inchauspe Méndez, a Venezuelan soldier and adventurer, is a lone Christian directly involved in this atrocity. The events he witnesses will haunt him later, though he still excuses them as war in the fashion of the Turks. He recounts desperate actions: pistol-and-sword armed men throwing themselves against a gun, which he was forced to evacuate in bloody hand-to-hand combat; the indiscriminate shelling of homes and businesses; the burned church; the evacuation of Turkish citizens from Van; the corpses and starvation and brutality and destruction.

Altogether, more than fifty thousand Armenians will die in or around Van before Russian troops arrive on May 17th, with permanent displacement of many tens of thousands more. Disease, starvation, exposure, and dehydration will kill more Armenians than bullets or shells. It will take an additional week for Russian troops to arrive in sufficient numbers to take charge of the line; when these Russians eventually retreat from strategic over-extension, almost the entire surviving able-bodied Armenian population will leave with them. The rest are too old, feeble, or despairing, and stay to die in place.

To this day, it is the official policy of the Turkish state that all of this was a local matter, and that the Armenians had it coming. In fact,the siege of Van is another significant diversion of resources and firepower at a time when British landings are visibly about to begin at Gallipoli and a Russian army is nearby. It is not the first systematic destruction of Armenian communities in Ottoman history, and it will not be the last, for this horror will not cease until 1923. Anyone who says different is simply lying to you. 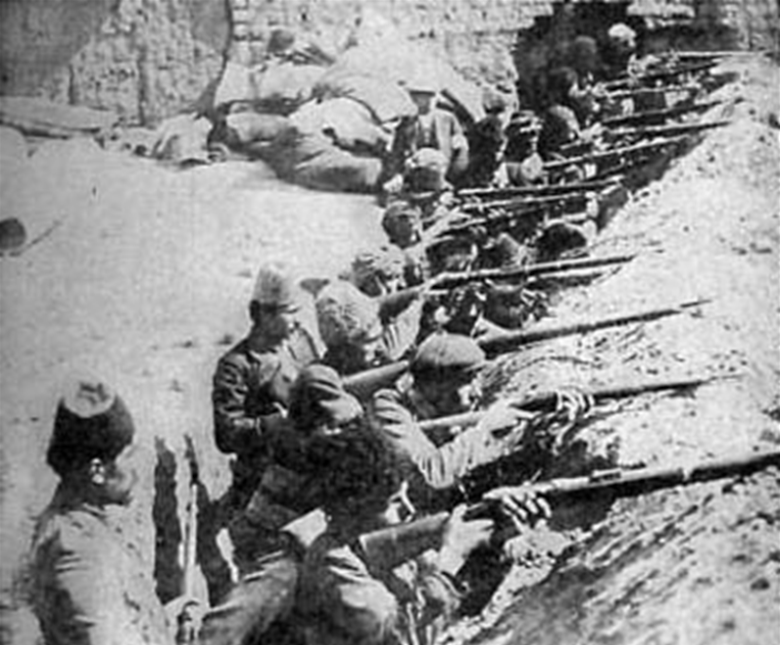 Note the man with the cap. Some Armenians were proudly westernized, and modernity was quite hip in the hills of Turkey