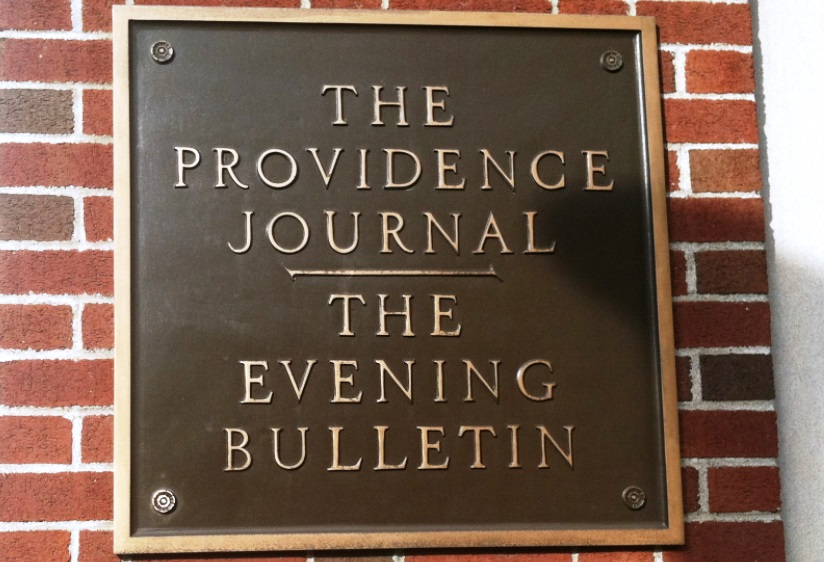 In the wee hours of the morning today, the German radio transmitter at Nauen is fighting to get a message through the static-filled sky to the Kaiser’s embassy in the United States. In all, the operator is forced to repeat himself four times before the American-side station acknowledges receipt. Following none of the usual code patterns for German diplomatic traffic, the message is indecipherable but obviously important.

According to John R. Rathom, editor and general manager of the Providence Journal and its afternoon edition, The Evening Standard, this communication is overheard and transcribed by a radio operator in the employ of the newspaper, whose staff puzzles over the encryption without success — until one of the reporters learns that a German embassy staffer has been looking for a copy of the latest World Almanac, whereupon the intrepid newsroom deciphers the message to read:

Warn Lusitania passengers through press not voyage across the Atlantic

In fact, tomorrow Count Johann Heinrich Graf von Bernstorff, Germany’s ambassador to the United States, puts just such an advertisement in the papers, leading to widespread conspiracy theories a week later when the Lusitania is sunk by German torpedoes. Having already won widespread acclaim for reporting on German espionage and sabotage activities in the United States, by publishing their coup Rathom and the Providence Journal are quickly elevated from a small New England paper to a well-respected, and widely-cited, source on Germany’s secret war in America. Indeed, they will end the Great War as one of the most profitable news enterprises in the country.

It’s a great story. Unfortunately, just like his own biography, everything Rathom says about the capture and translation of today’s radio message is a fabrication. 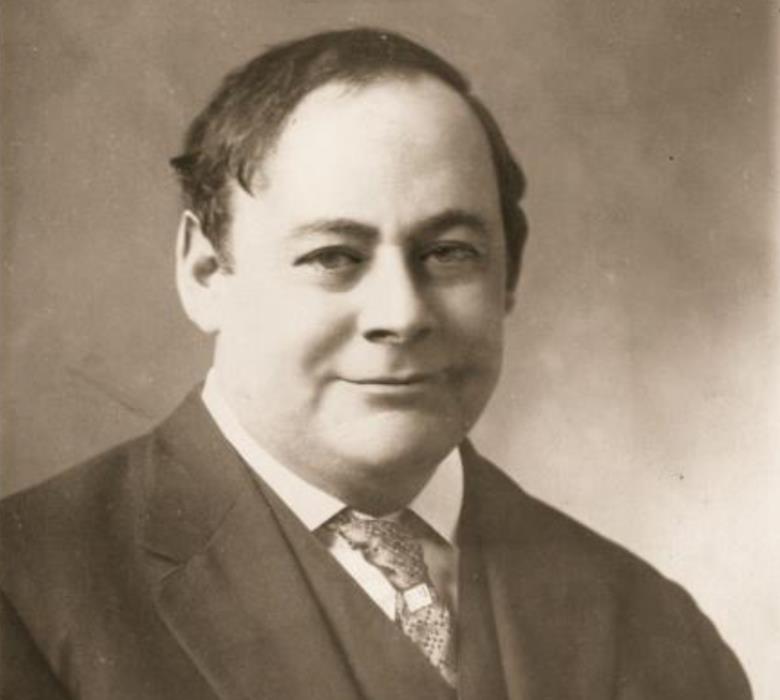 John Revelstoke Rathom was an assumed name for this Australian immigrant. Historians think he was born John Solomon in 1868. A bigamist, none of his tall tales about covering expeditions and wars in Alaska, Sudan, China, or South Africa were true

As it turns out, Rathom’s stories about German plots in America are all based on intelligence passed to him by British agents. One of the Admiralty’s first acts of war was to cut Germany’s transatlantic cables, forcing all message traffic to cross the ocean by radio, leaving it vulnerable to exploitation in London. Today’s message has been captured by one of several wireless listening posts in England, decrypted at Room 40 in Whitehall, and forwarded to the British embassy in the United States by cable. From there, a British naval attaché named Guy Gaunt passes it on to Rathom, who casts his thrilling cover story over it.

This arrangement has existed since August, when Rathom’s op-eds suddenly turned dismissive of neutrality and began goading the Wilson administration to join the war against Germany after the British embassy offered to backstop his newspaper financially. Rathom first met Captain Gaunt in Washington, where he operates an espionage and propaganda cell with Emanuel Victor Voska, an expatriate Czech and successful businessman now running dozens of agents positioned throughout the Austro-Hungarian embassy system. An opponent of the creaking imperial regime and its secret police since long before the war, Voska wants to free his natal land from Hapsburg subjection.

In the course of the conflict, Rathom will provide both men with a willing outlet for sensational stories, some of which are even partly true. But most of them are false, or else so exaggerated that they count as falsehoods. Rathom takes credit for fantastical, fabulist achievements, such as breaking up nonexistent German plots with undercover journalists and escaping assassins. He is also at least partly responsible for the greatest surge of anti-German feeling in American history; though his efforts, Providence public schools stop teaching German, and his opinion articles are some of the most inflammatory you will find in the archives of the Great War.

Rathom’s false articles, impatient criticism, and constant defamations of the Wilson administration chafe the Department of Justice so much that in 1917, they will threaten him with a grand jury subpoena to obtain a written admission that his sources have all been British spies and propagandists. The New York World, which coincidentally publishes the Almanac, calls Rathom’s letter of confession “one which for comprehensive avowals of downright falsehood has few parallels in annals of mendacity.” The Nation reports: “The vaunted exploits of his editors and reporters he has now admitted were myths, and what little information he did have as the basis for his sensations was supplied by British secret agents whose tool he was, and who used him for their own purposes.” Upon his death in 1923, the Providence Journal finally sets the record straight by revealing his various cover stories and fabrications. It is not a proud moment for American journalism, and it suggests that there is nothing really new about reporters selling their integrity.

It is also hard to see what British intelligence thought to gain with such superfluous headlines. German covert activity in the United States is real enough without being over-hyped, over-sensationalized, or embellished. The earliest wartime polls of newspaper editors in America show a huge public relations advantage for Britain that has only deepened during the last nine months. These propaganda efforts will in fact become primary source material for the postwar denialists, isolationists, and pacifists who re-frame the Great War as a sinister conspiracy of international capitalism, birthing the modern paranoid style in American politics. 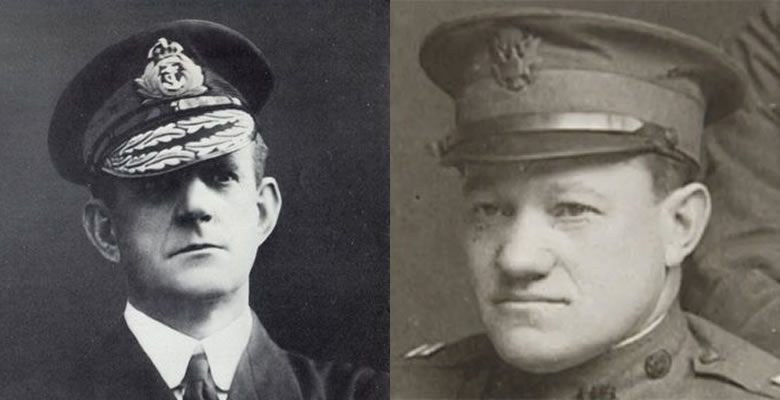 Left: Captain Guy Reginald Archer Gaunt. Right: Voska as a US Army captain; he takes part in the Czechoslovak National Council after the war, evades death at the hands of the Nazis during WWII, and dies in 1960 after being imprisoned by communists