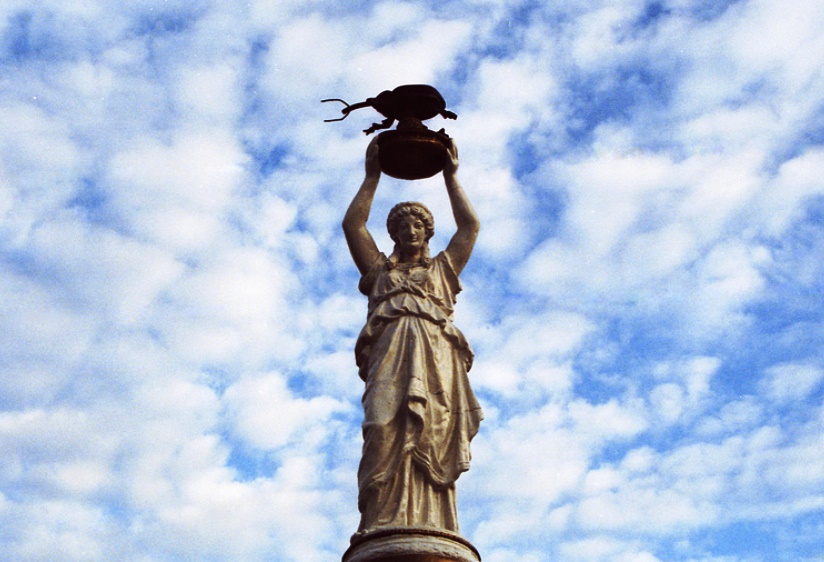 Near Thomasville, Georgia today, a specimen of Anthonomus grandis, better known as the boll weevil, is discovered in a trap and examined by an entomologist. It is the first confirmed boll weevil in Georgia, the herald of a pestilential host. Arriving from Mexico to New Orleans in the 1890s, the insect species was mainly restricted to Louisiana at first, but had spread across neighboring states and along the Mississippi River by 1912. When the first frost arrives this November, the bug will have colonized forty counties in the Peach State; nationwide, the mighty weevil will add eighty-six thousand square miles to its range this year, being found in seven-eighths of Alabama, throughout the Florida panhandle, most of Texas, Oklahoma, Arkansas, Arizona, and Tennessee.

For those southerners whose fortunes depend on cotton, the weevil’s conquest of the former Confederacy is a disaster, and the beginning of a war against nature which will take a long century of petrochemical engineering advances to win. With king cotton diminished, a thriving New South is meanwhile forced into existence, transforming and diversifying the regional economy, an achievement celebrated in the famous boll weevil statue of Enterprise, Alabama (see above). And for the American Negro sharecropper, already suffering from replacement of agricultural labor with machinery, the weevil is also a liberation from the shackles of an exploitation economy that frankly deserves to die. 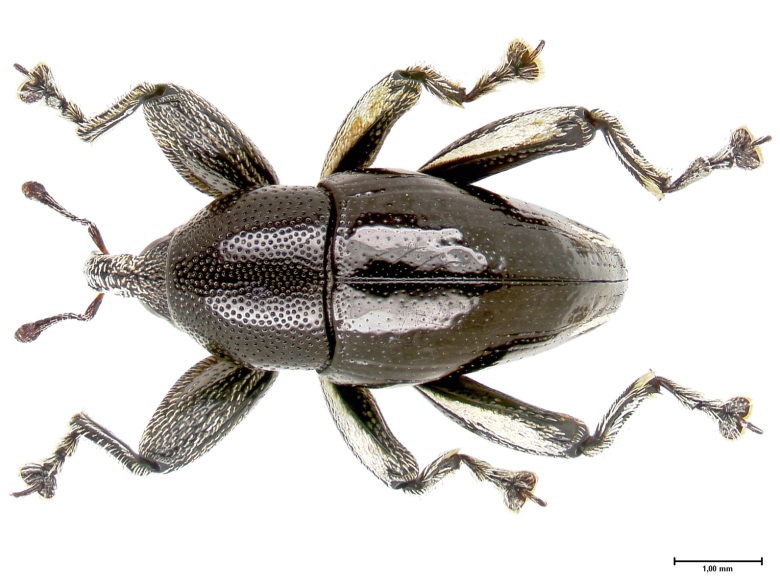 Another consequential insect, the Boll Weevil destroys the cotton plant — and the Old South. The female weevil lays its eggs on the outside of the plant, which they eat out before emerging into the next stage of their life-cycle

But for the belligerents in conflict, of course, cotton is a strategic raw material — a chief reason why German colonial cotton projects in Africa were modeled on the debt peonage system of the Old South. In fact, the Asquith government’s tardiness in blockading German cotton supplies from the United States via neutral countries has made it the subject of intense criticism until the Privy Council added cotton to the ‘absolute contraband‘ list four days ago. Between the allied blockade and the boll weevil, the Central Powers have suffered two close blows to their supply of a key fiber material that they cannot produce themselves.

Useful for making all sorts of things necessary in battle, such as uniforms, socks, bandages, and ammunition wadding, the shortages incurred by reduced supplies spurs the development of ersatz products. Like German or Austrian soap and bread, which have seen centrally-planned substitution of ingredients, by the beginning of 1916 clothing and fabrics must be made with alternative materials such as paper, flax, and even stinging nettles. While civilians increasingly do without new clothes, sacrificing fashion for the ‘war effort,’ the Army is forced to simplify its designs and accept some loss of uniformity between manufacturing centers; wood and other replacement materials take over from brass buttons. By the time the conflict ends, the dismal inferiority of German and Austrian uniforms is clear in their defeat. 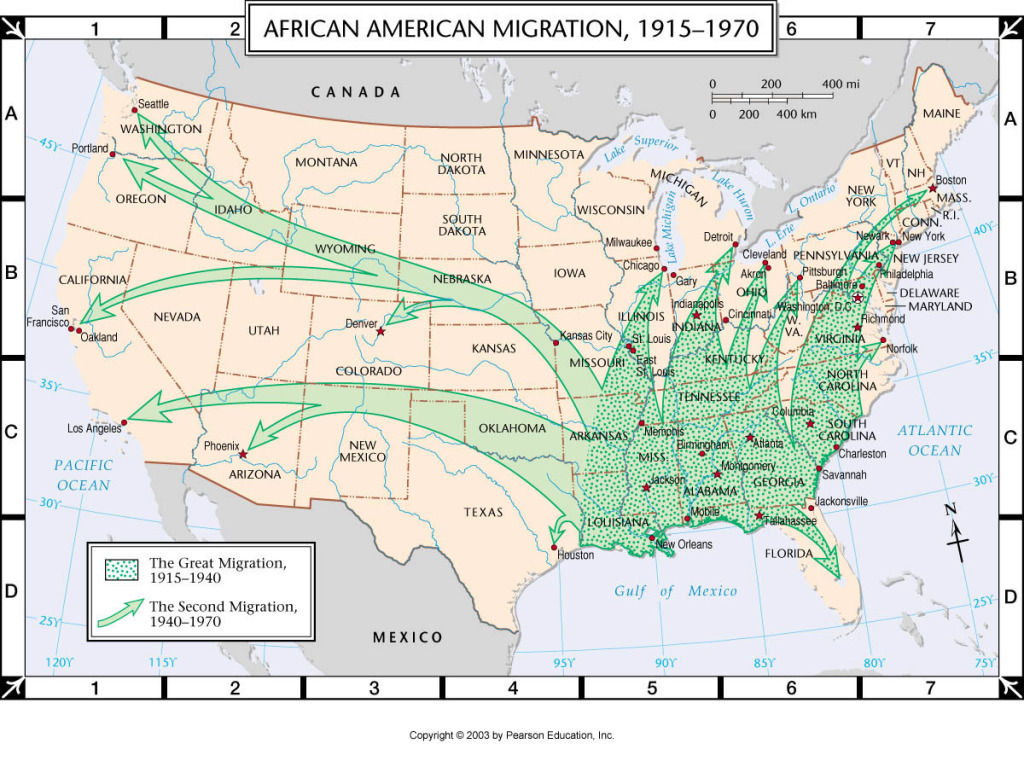 By the end of 1915, a vast exodus of blacks from the Old South to the rest of the nation is underway. Click to embiggen

With cotton production per acre reduced by the weevil, southern Democrats press for help from the nation. Luckily, with the massive surge in munitions production for the allies, there is plenty of war manufacturing to replace some part of their lost trade and alleviate the consequent unemployment in the South — for whites, at least. Racial inequality is severe, and being the last to gain a place in the economy of the New South, over the next quarter-century millions of American blacks will leave the region to seek better fortunes elsewhere. Meanwhile, a new cadre of Negro leaders increasingly abandons the collaborationist approach of the previous generation of black leadership to demand full equality under the laws. More militant, sure that a promised land awaits beyond the gates of the old plantation, they will join the call to serve the colors when it comes, hoping to win a new respect for their own color in the process.

But even as the Old South dies away, the New South is immortalizing its most cherished lies about the late Civil War, and the system of white supremacy and black voter suppression remains as solid as ever. As if in response to the increasing anxiety of white southerners who can no longer ‘keep the boys down on the farm,’ the ‘Lost Cause’ has even become a feature film this year, earning the praise of President Woodrow Wilson with its amazing production values, naked racism, and revisionist bigotry. As the nation steeps in the misrepresentations of Birth of a Nation, becoming even more deeply racist than it already was, the American Negro is simultaneously infusing the culture with his presence. Moving into new cities and regions, blacks find themselves marginalized again, both economically and politically. Just like the farmer’s war against the boll weevil, this war is still not over. In very real ways, Americans are still waging it against themselves. 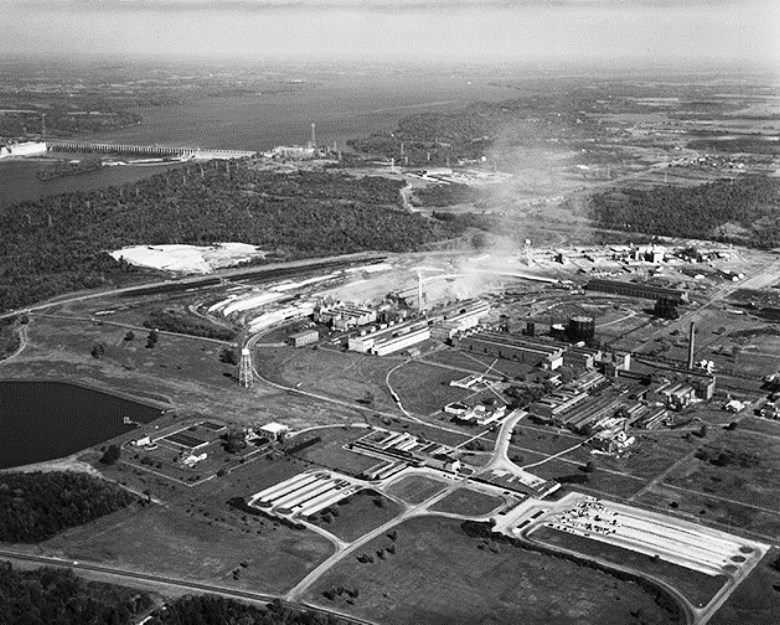 A Muscle Shoals, AL nitrate plant, completed in nine months during 1918 and powered by a dam named for President Wilson