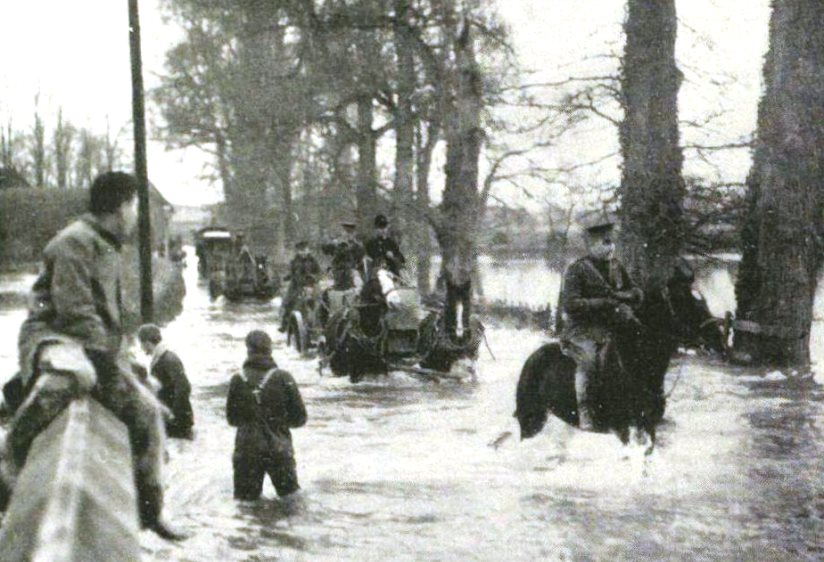 Despite a warm welcome, the new year did not start out well for the men of the Canadian Expeditionary Force. Training on Salisbury Plain fifty miles west of London, their camp was badly flooded in the first week of January, drowning one soldier and leaving his cold, wet comrades miserable for days. Nearly half of enlistees claim a birthplace in the British Isles, and many of them support families here, but the first paychecks from Ottawa were denominated in Canadian dollars and nearly impossible for dependents to cash. And so on.

The Canadians’ biggest remaining issues are their Ross rifles, which are easy to misassemble in the field and jam immediately at the slightest touch of dirt, and a handful of incompetent senior officers appointed by a political patron, Minister of Militia and Defense Sam Hughes. In spite of these challenges, Canadians have already performed well in combat, morale is still high, and complaints are relatively few today as the 1st Canadian Division redeploys to the Ypres Salient in Flanders, where they will soon have a date with destiny.

It will take much more than a bit of rain to stop these men from covering their nation in glory.

Dated today in 1915, a photograph of Canadian soldiers marching past Stonehenge with their Ross Rifles

The vast, but mostly-empty nation of eight million has already turned out an amazing number of volunteers, but of course even more are needed. As reported by the New York Times today, Canadians at home learn that “Lord Kitchener has called on Canada for a second expeditionary force” to fight on the Western Front.

The news was given Parliament tonight by the Premier, Sir Robert Borden, who said that the call had been expected for some time.

The announcement of Lord Kitchener’s call was received with cheers in the House. Premier Borden followed with a statement that in the Dominion and abroad on the payroll of Canada was 101,560 men bearing arms or performing military service.

Officers and men numbering 35,420 were dispatched as the first Canadian expeditionary force and reinforcements for it.

The Mounted Rifles are being mobilized in thirteen regiments for service in Egypt.

Whether born of optimism or public relations savvy, Borden’s numbers are a gigantic underestimation. The war will in fact last three more years, and then some; in that time, Canada will send 620,000 people to Europe to fight, nurse, minister, and serve, with 67,000 killed and a quarter-million wounded in combat — nearly a forty percent casualty rate. As in Britain, where volunteerism has mobilized the largest Army in the nation’s history, conscription will eventually be necessary to produce the numbers of men needed for a long war of attrition. 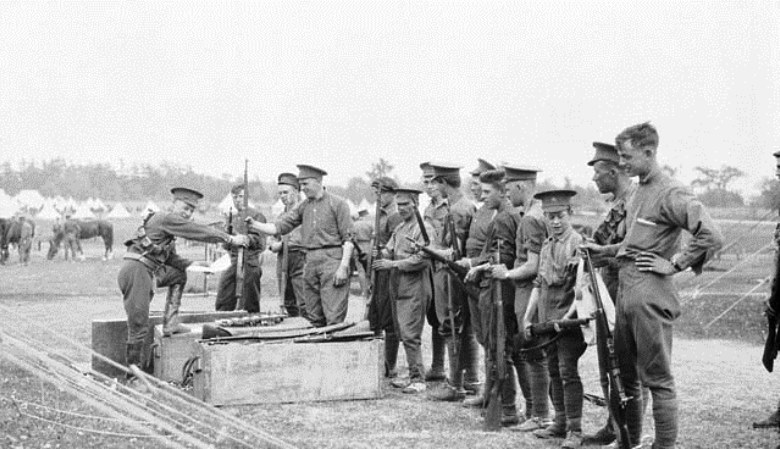 As they continue staging through Salisbury Plain, not all of the Canadians’ training seems useful to them. Marching and formation drill might appear to be archaisms in the age of massed automatic fire, but in fact they are critical elements of the transition from civilian to soldier, and the CEF crossed the Atlantic with little training and little more kit than their uniforms. Defensive coastal trenches serve for instruction in the basics of life on the Western Front; the men learn to shoot on ranges, fix bayonets to stab dummies filled with straw, and live according to a military routine.

Although Canadians are already on the cutting edge of tactical innovation, they do not learn these advanced skills until they arrive in France. They will prove to be fast learners. 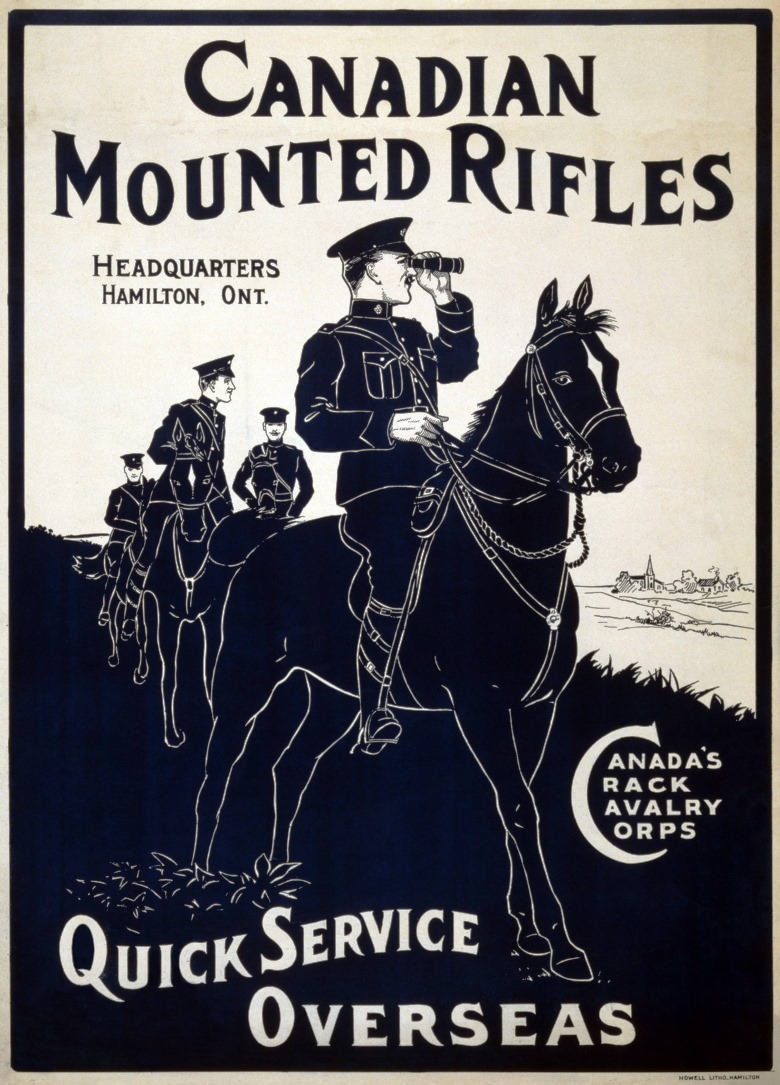 While maintaining the “mounted” title, Canada’s cavalry regiments were all re-formed in France as infantry battalions