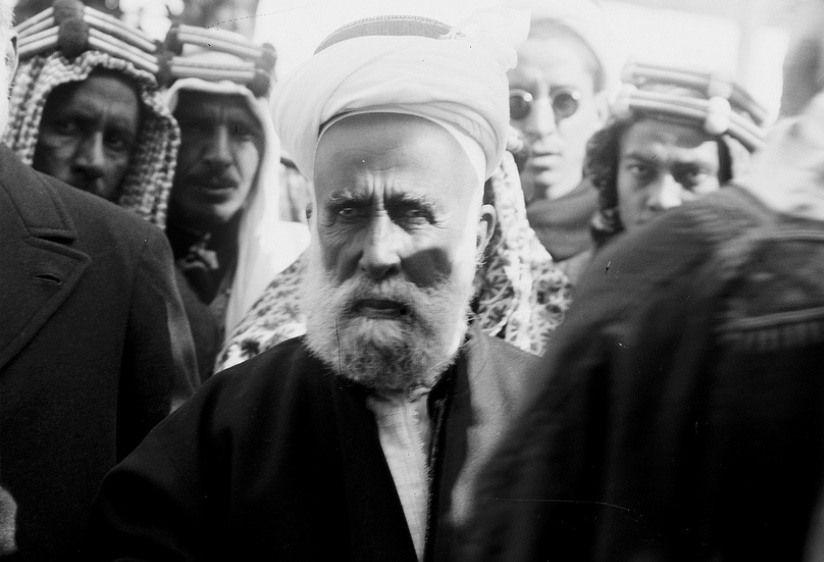 Lieutenant Hellmuth Karl von Mücke is very grateful for the hospitality of the Sharif, but he does not wish to be a further burden to the ‘Prince of Mecca.’ Leaving no thank-you note today, Mücke departs with men in another sambuk sailboat, taking great pains to slip away in the dead, dark night of morning without fanfare. Not that Mücke is ungrateful to the Sharif Husayn of Mecca (see above photo), whose hospitality has been exemplary ever since he appeared on a camel to ‘rescue’ Mücke and his men from a desert siege by unidentified bandits.

There is a railhead in Mecca, but the Sharif will not let a party of Christians into the Holy City. Thus, six weeks have passed while the Sharif assures him that arrangements are underway for the next leg of his trip to Constantinople. Seeing no progress, Mücke has chosen to obtain a boat and provisions on his own, in complete secrecy. Having noted the puny size of the Sharif’s party during his ‘rescue,’ with passing time Mücke has also seen the outstanding events of that battle in a new light. The successful bayonet charge that should have been suicidal, buying precious breathing room to set up a defense — the demands for money and armaments during the three-day standoff — a general impression that the real enemy was not present on the field…what explains them?

As we can tell from a simple accounting of his command on its long, outstanding adventure, Mücke is no fool. Of the forty-nine sailors who set out with him in a rotting sailboat from a small island in the Indian Ocean after watching their noble ship get chased off to destruction, forty-four are still alive; one has been felled by disease, and three by an unknown power. Mücke is worried that he may have actually met that power after all, and that loyalties in Arabia are shifting like the sands. Having brought so many so far, Mücke is loathe to lose even one more German serviceman to the desert.

Arriving at last in the Red Sea port of Eilat, Mücke’s shore party will finally find a warm welcome, new uniforms, a train to Constantinople, and a case of chilled Rhine wine waiting for them. When they reach the ancient city on May 23rd, they have already become German national heroes. 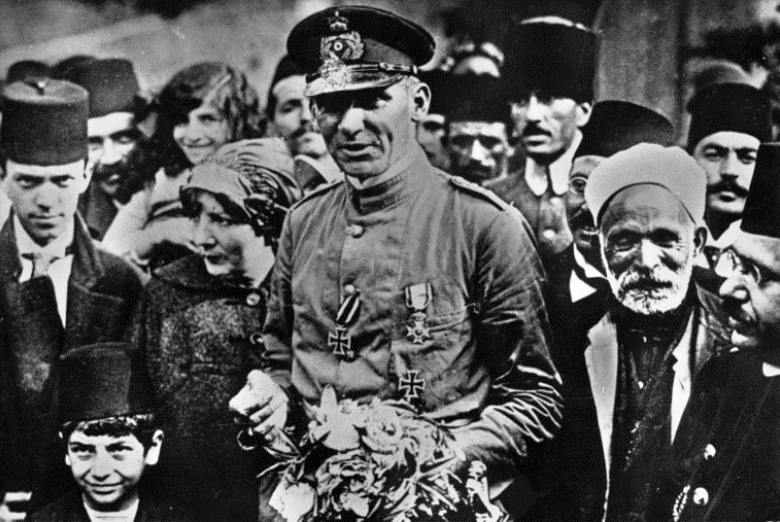 Lieutenant Mücke being received in Constantinople. I rate him one of the greatest small-unit leaders in military history

Mücke is entirely correct in his suspicions, for the Arab region is slowly boiling over with intrigue and rebellion. As dawn and the muezzin’s call awaken the city of Jeddah, Sharif Husayn is chagrined to learn of the escape, for he has always seen the German shore party as bargaining chips. The blood debt for the Battle of Jeddah will be paid in almost exactly a year, when merchant captain Erwin Möller and four of his men are disemboweled and beheaded a few hours’ ride north of the city whilst escaping internment from the Italian colony now known as Eritrea. That slaughter will also be a gift to the British Empire, for by then the Sharif is raising his banner in an open revolt against Ottoman rule.

Arabs have simmered with resentment under the Turk-dominated Islamic superstate for years. In fact, Sharif Husayn has been in communication with Lord Kitchener since February of 1914, for he dreams of uniting the Arabs of Syria, southern Mesopotamia, and the Arabian Peninsula under the banner of Mecca. He even reassures Kitchener that, while Islamic, his independent, united Arab state will respect the human rights of religious minorities. Yet the famous T.E. Lawrence will refer to the Sharif in his memoirs as “a tragic figure, in his way: brave, obstinate, hopelessly out of date: exasperating.”

Traditional and ambitious, Husayn is hardly interested in creating a modern country. To Kitchener, who has long schemed to set up a friendly Arab caliphate in competition with the Ottoman one that is now Britain’s wartime enemy, the Sharif is a perfect partner for squelching jihad. Indeed, Kitchener’s high-level influence on this matter will produce the single most famous and consequential covert operation of the Great War, sending Lawrence of Arabia to fight alongside the four sons of the Sharif against the hated Turks. 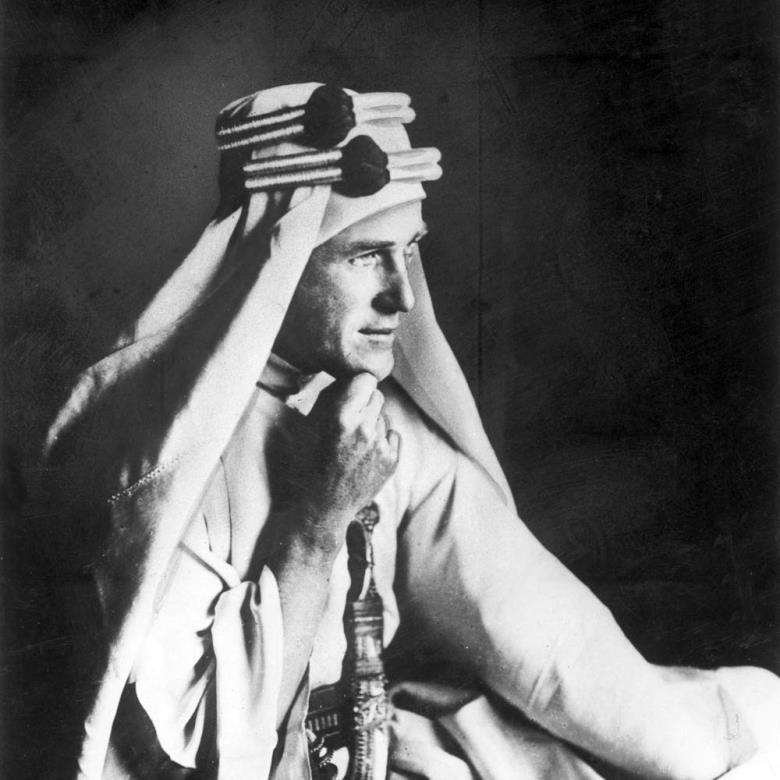 Thomas Edward Lawrence of Arabia in mufti. In May of 1915, he is an intelligence analyst with twenty generals reading his reports

Germany, which began the war with great ambitions in the Middle East as well as the world’s largest spy network, has not been idle in the last ten months. The Ottoman Sultan’s call to jihad was a key policy endeavor for the Kaiser’s diplomats when they brought the Turks into the war. By passing out rifles and gold, German agents have incited uprisings in Oman, Iran and southern Iraq, and Morocco, sometimes with dark and disturbing results. For example, spy and archaeologist Max von Oppenheim, who has whipped up jihad against the allies for a decade and wrote a highly-influential intelligence memorandum at the beginning of the war which proposed that Germany foment jihad against France and Britain, also championed the Ottoman destruction of Christian minorities at Damascus in January.

In retrospect, the German-inspired jihad also seems naive, even gullible and guileless at times. Setting out to contact the pro-German Emperor of Abyssinia Lij Yasu as well as Ali Dinar, the anti-British Sultan of Darfur, archaeologist and ethnologist Leo Frobenius was refused passage through Italian Eritrea, and forced to return home in April, because his government’s reassurances of the expedition’s scientific purposes were unconvincing. If anything, the unnecessary diplomatic incident has helped draw Italy into the war against Germany.

Seen from high above, the German-inspired jihad is burning out almost as quickly as it has flared into being, and Arab revolution against Germany’s Ottoman ally is already taking its place. Given what we know now, Mücke was shrewd to depart the Sharif’s territory so abruptly.

Mücke and his shore party: a parade of heroes through the streets of Constantinople under the German naval ensign