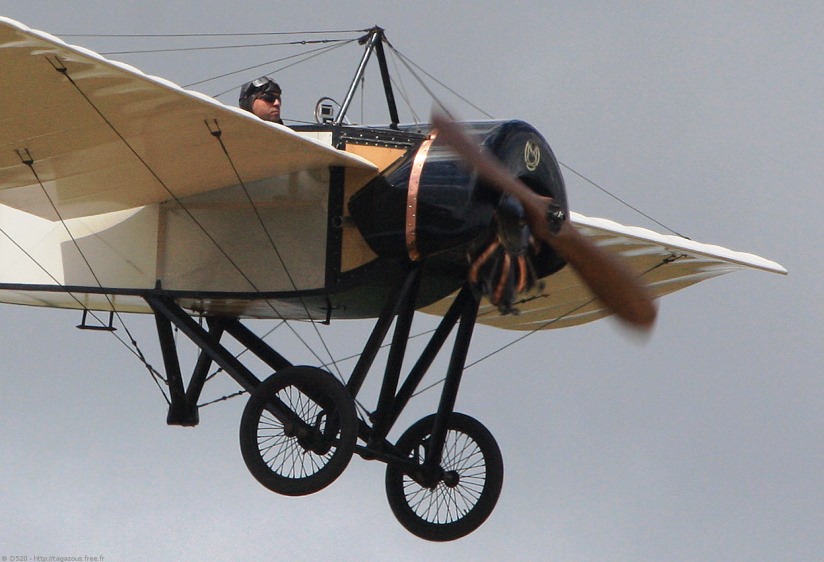 France had more than its share of great pilots when the war began, and French aviators have led the way in development of air-to-air combat for the first eight months of the conflict, scoring the first confirmed kill. Adolphe Pégoud, the stunt pilot who claimed three German aircraft during a single day in February, will soon become the first man to claim five aerial combat victories; one of the nicknames the French press gives him, l’As (the ace), will become the universal term for a pilot who has shot down five enemy aircraft.

Which is not to say that one particular nation has a monopoly on air-to-air combat. By the end of the war’s first month, aviators on all fronts were trying to kill one another, and the limitations to their progress in achieving this goal were technological and material, not moral. The problem was that no country had produced a plane built specifically for attacking other planes in 1914; push-propeller designs are best-configured for a pilot to aim his fire by pointing his plane, but they lack power. Pégoud has enjoyed success with a machine gun mounted on top of his wing, but to reload or clear a jam requires him to stand up in the cockpit. The best place to put a machine gun, therefore, is right in front of the pilot…pointing straight through the propeller, which needs to be in front to hunt other airplanes. 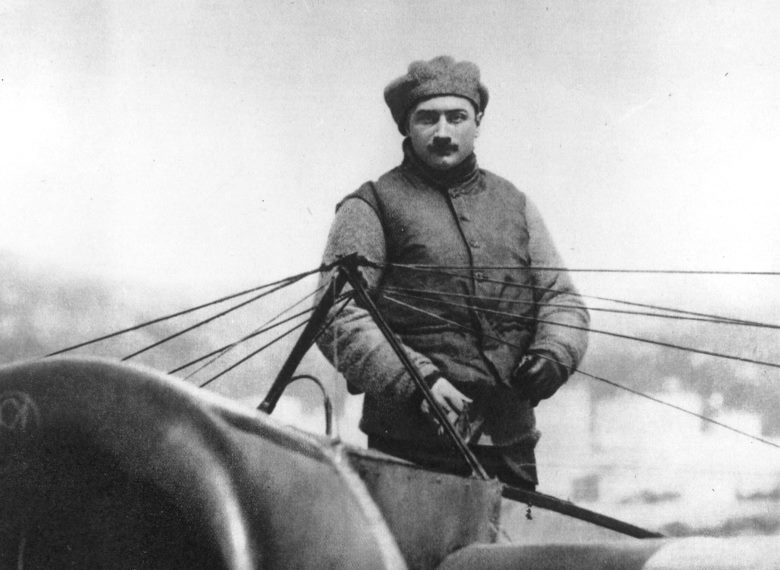 Garros stands in the cokpit of his Morane-Saulnier L. Note the guy wires; this plane maneuvers by changing the shape of the wing

In 1913, Roland Garros became the first man to cross the Mediterranean Sea in an airplane. In December, he took leave from flying reconnaissance missions to revisit the Morane-Saulnier Works, where he had been a test pilot in peacetime. Raymond Saulnier was working on a solution to the gun-propeller dilemma by using an arresting gear to interrupt the gun and steel deflectors to protect the propeller.

This conceptual problem has been studied since 1912, and there are already patents, but they all have problems. Saulnier’s mechanism is still imperfect, but the deflectors are ready and work without the gear enabled, so today Garros wins his first air combat victory in a Saulnier monoplane using a Hotchkiss machine gun. An altitude record-breaker in 1911, Garros spots his enemy from high above, dives, and offers no quarter — a bird of prey. 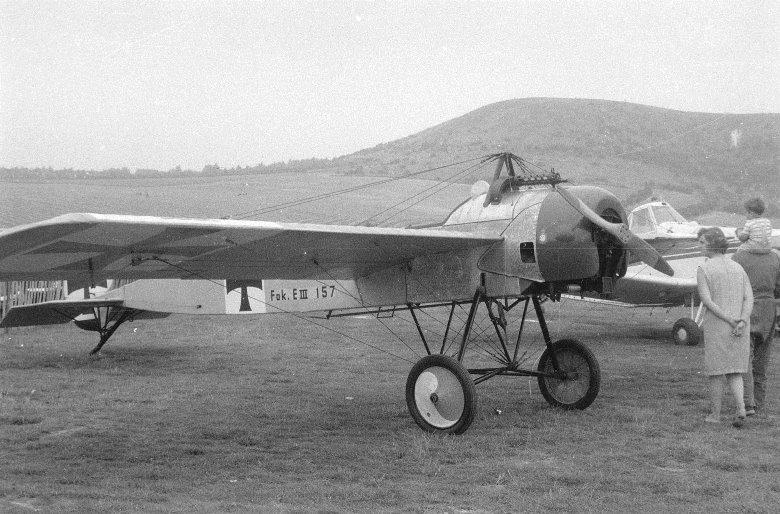 A Fokker Eindecker with a replica M8 model machine gun. Note the rear landing strut has no wheel

The lost Albatross reconnaissance plane is a cruel April Fools joke on German aviators, who have suffered greatly from allied success in recent months. Nor is Garros finished in his race with Pégoud to be France’s first ace pilot: he shoots down two more planes in April, and he is soon imitated by comrades. Soon, British and German pilots are imitating him, and by Summer the western allies seem to be achieving air superiority — a key element of combined arms doctrine.

But Garros will not get to see it in person. On the day of his third victory, Garros attempts to dive-bomb a train by executing a loop, but the maneuver chokes his engine, which lacks a fuel pump. Two different units will claim his capture in the chaos, but an eyewitness account of his attack says that Garros was trying to restart his engine after missing his target. Unable to restart the engine, he glides to a safe landing and is captured trying to destroy his plane. 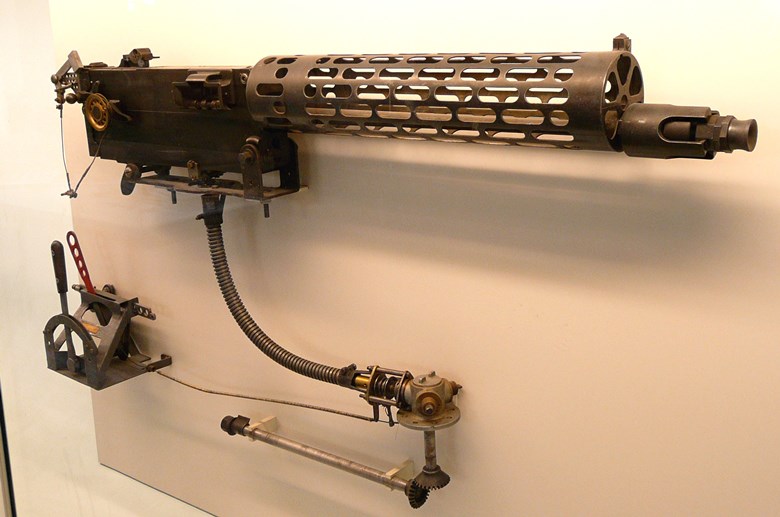 Fokker’s mechanism. Note the water-cooled barrel has been replaced in the flying version (flugzeug) of the M8 machine gun

German aeronautical pioneer Anthony Fokker examines the plane in detail, finding many similarities to his own work. In a classic case of parallel development, Fokker has been developing his Eindecker (monoplane) with a built-in arresting gear for months. After successfully demonstrating the plane in June, Fokker wins the approval of the Imperial German Army, whose pilots return to the skies with a vengeance — a period known as the Fokker Scourge, characterized by low allied morale and high casualties.

As birds of prey fill the skies in a war of attrition, Garros is not content to stay a prisoner. He spends the next three years trying to escape, finally succeeding in February of 1918. Taking the stick again, he claims a fourth victory before he is shot down and killed just five weeks before the war ends. Never an ace, Roland Garros is still a pioneer.