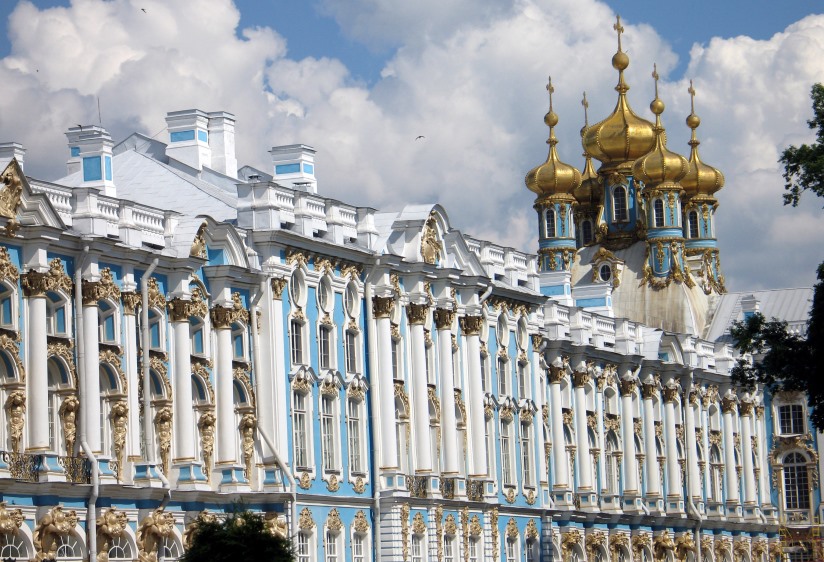 The war is not going well for the Austro-Hungarian emperor. Six days ago, a string of battlefield defeats in the snows of Winter ended with the fall of the fortress-city of Przemysl in Galicia, a province that is now almost entirely in Russian hands. Having intended to bully Italy and Romania from joining the alliance against him, Joseph has achieved the opposite effect: Rome’s diplomats are already in London negotiating their country’s entry into the war. Desperate to forestall a complete disaster and the dissolution of the Hapsburg Empire, Joseph has dispatched private messages to Petrograd (St. Petersburg) in hopes of finding a separate peace with the Tsar.

Today, word of this tentative outreach is heard at Tsarskoe Selo, the imperial village fifteen miles from the center of Petrograd, where Nicholas II rejects it out of hand. This historical footnote is written in Alexander Palace, the same place where Nicholas and his family will first be held under opulent house arrest in 1917. There is film of the Romanovs dedicating Feodorovsky Sobor, a cathedral on the village grounds, in 1912; much of the grounds have been restored, but some parts still bear scars from a second global conflagration, when Germans occupy the old imperial palace.

Nicholas is quite busy today receiving reports from across his empire, which is the largest on Earth. A German flotilla fires two hundred shells on the Lithuanian port city of Liepāja in the Baltic Sea, reportedly killing one civilian. Meanwhile, his own Black Sea Fleet is undertaking a major operation against the Ottomans in support of the Gallipoli Campaign, a French and British operation which he hopes will fulfill the centuries-old Russian dream of restoring Christian rule to Constantinople, the ancient capital of the Eastern Church, and forever open the straits to Russian shipping. If she is to achieve her dreams of being a true world power, Russia must freely import shells and export grain, and she cannot do that without year-round, warm-water access to global trade routes.

Thousands of miles to the south of Petrograd, Admiral Andrei Augostovich Eberhardt has dominated his enemy ever since the Turks launched a surprise attack at the end of October. Directing a highly-successful blockade of enemy ports along the Black Sea coast with his big destroyers, Eberhardt’s ships are already starving Istanbul of coal from the port of Zonguldak and preventing any reinforcement or resupply of Turkish forces in eastern Anatolia. Today, a force of five battleships — including the 12,700-ton battleships Evstafi and Ioann Zlatoust, each carrying four 12 inch guns — bombards Turkish fortifications near the mouth of the Bosporus with the support of ten destroyers, two cruisers, and the seaplane carrier Emperor Nicholas I.

The Ottomans have no ships of such mass and power. They have no seaplane carriers. Their ancient fortifications are not built to withstand large, high explosive shells. Whereas the Black Sea Fleet began the war as capable and professional as any navy in the world, the Turkish fleet is largely obsolete and highly dependent on German support. Yet just as the apparent early success of the British and French naval force has given way to belated realization that armies will have to land and fight for the straits after all, Admiral Eberhardt will fail to translate clear technological, qualitative, and quantitative advantage into victory without landings. And there will never be Russian landings. As a practical matter, there are not enough troop transports in the Black Sea. It would take fifteen days for Russia to carry a single army corps. 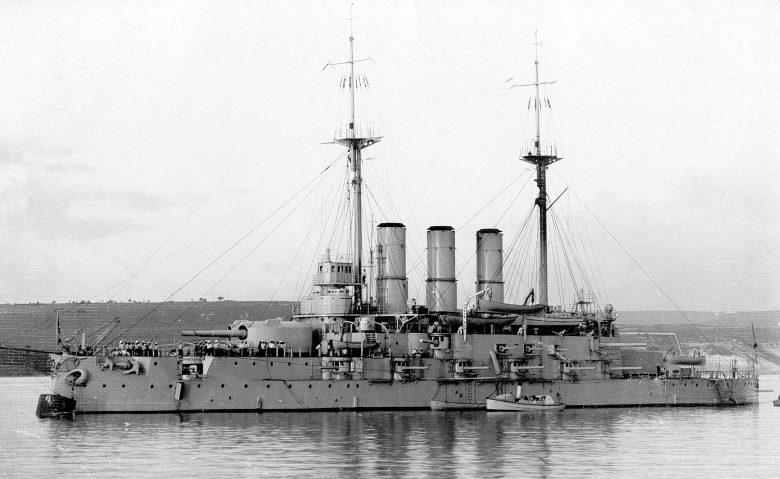 More modern than any Turkish ship, the pre-dreadnought battleship Evstafi was half the size of current British or German designs. On November 18th, 1914, one shot from her main guns convinced the German battlecruiser Goeben to run away

A conceptual gap between combined land and naval operations has led to a crucial gap in allied execution, allowing Enver Pasha time to fill said gap with armies and guns that will give France and Britain some of their bloodiest days of the war. But the Russian Stavka will never actually resolve the distrust and lack of coordination between its land and naval commands — a legacy of the lost war with Japan in 1904 — and fail to support the allied landings in Gallipoli.

Which is not to say that Constantinople doesn’t remain a strategic objective in Petrograd even after Russia’s allies fail in the Dardanelles. Troop transport construction is prioritized in Sebastopol, and by 1916 there are enough of them to permit landings in force. But Grand Duke Nicholas never decides on a proposal by three Stavka (General Staff) naval officers to land three army corps, or about 87,000 men, because Chief of Staff General Mikhail Alekseyev objects to the diversion of strength from other fronts.

Ivan Bubnov, the Major General of the Corps of Naval Engineers and submarine consultant to the Baltic Works shipyard in Petrograd, is the best advocate of amphibious combined arms anywhere near Petrograd. In 1917, he will propose sending three specially-trained divisions to land between Bulgaria and the crucial narrows, but the same objections win out as before, even with the men and ships ready to move. By then, the war is not going well for Russia, and the shadow of revolution looms over the Romanovs. 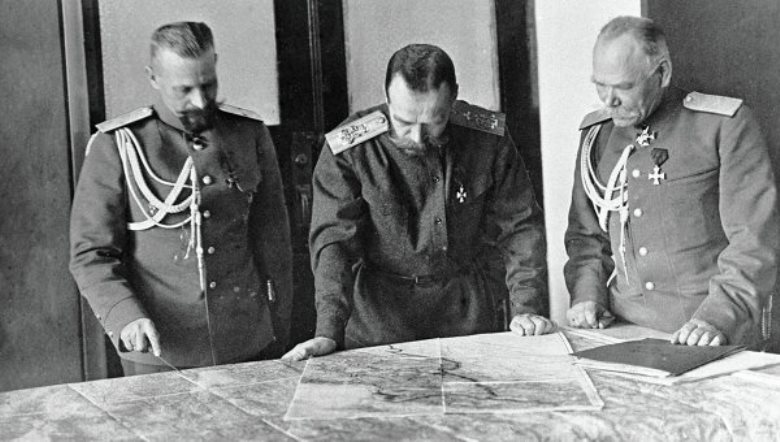 Tsar Nicholas II at center, Mikhail Alekseyev at right. Suspicious of the navy’s literate officer corps, he will later serve as commander-in-chief for three months under the provisional government of 1917 and die fighting the Bolsheviks