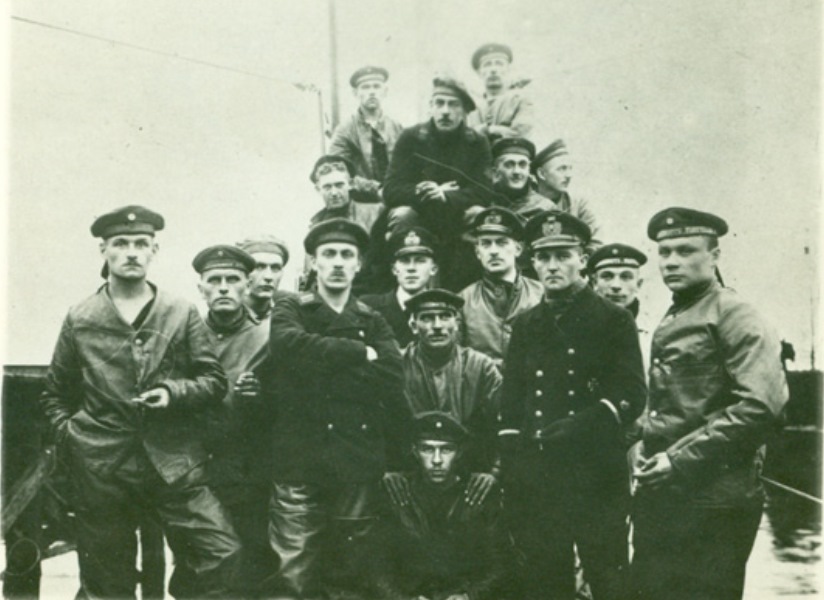 Nine days ago, Kapitänleutnant Freiherr Georg-Günther von Forstner and the first wartime crew of the U-28 already began making history by becoming the first U-boat crew to capture and sink neutral vessels. Cruising north of the tip of the Cornwall Peninsula today, they make more history by sinking three British merchant ships in a single day.

First, they encounter the cargo ship RMS Vosges. Surfacing to give the crew a chance to abandon her, they then pump shells into the boat from their deck gun, killing one crewman and sinking the ship before the destroyer HMS Wintona can respond to their radio distress call. Submerging and continuing parallel to the main channel for cross-Atlantic traffic, they soon encounter the cargo ship South Point, which they hail, torpedo, and sink; the crew takes to their rescue boats and survive.

Hours later, lookouts on the U-28 spot the cargo liner Aguila, but Forstner gives no warning this time, for he correctly believes the area must be crawling with British destroyers by now. Eight merchant crewmen are killed by a torpedo; the rest are picked up later by a trawler and a destroyer. Seven thousand tons of cargo will now never reach its destination, crimping British trade, food supplies, and industrial output, but Forstner and his men are still not done yet.

Tomorrow, they intercept the ocean liner Falaba outbound for the Gold Coast of Africa; as they watch the passengers and crew abandoning the ship, British destroyers appear on the horizon responding to the Falaba‘s radio distress call. Forstner immediately fires a torpedo and dives, leaving the scene in his wake. A huge explosion rips through his target. Of the 202 passengers and crew on board, 104 are killed, including a 31 year-old Massachusetts mining engineer named Leon Thrasher. 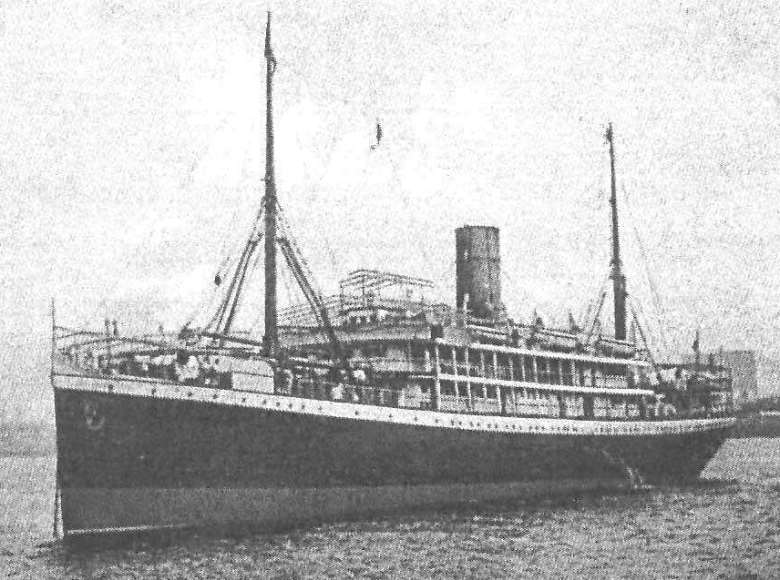 Thrasher is the first American to be killed by a German submarine, and his death will spark yet another round of diplomatic wrangling over the Kaiser’s policy of unrestricted U-boat warfare. Yet because there was ‘contraband’ on board the ship, and because survivor reports do not back up the British government’s assertion that Forstner gave only five minutes for evacuation before callously firing on the Falaba, the American response is delayed and muted. Instead of spurring American entry into the war, Thrasher’s name becomes a mere talking point in American complaints about other U-boat incidents, most notably the sinking of the passenger ship Lusitania in May.

Nor is diplomacy fast enough to forestall the U-28‘s reign of terror in the waters off Cornwall. One day after sinking the Falaba, her crew shells and sinks the cargo ship Flaminian; the next day, Forstner’s men actually board the Crown of Castile and sink her with scuttling charges. None of the crew on either vessel is harmed, and all are eventually rescued. 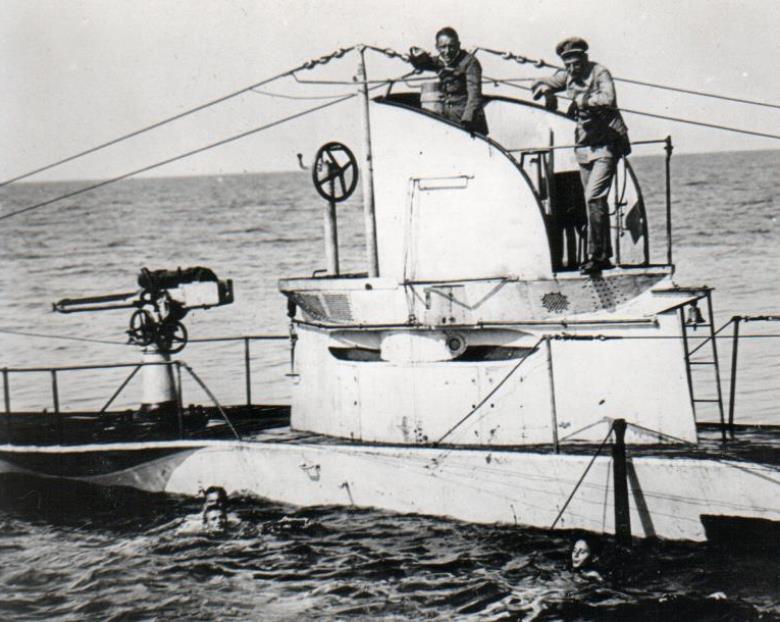 Returning in triumph to their forward base on the Belgian coast, the men of the U-28 find that in their absence a British air raid has struck Hoboken, a port suburb of Antwerp on the River Schelde hosting U-boats. The British Admiralty reasons that submarines are most vulnerable when docked. Another arms race is beginning with the construction of light, open-topped concrete pens designed to protect U-boats from the small, hand-thrown bombs of 1915. By the end of the war, these shelters will become more elaborate to meet the challenge of heavier explosives being dropped by planes with more powerful engines and better lift capacity. They are the direct ancestors of Adolf Hitler’s U-boat pens — strong concrete fortifications that survive repeated bombing runs by the allies of a second World War. 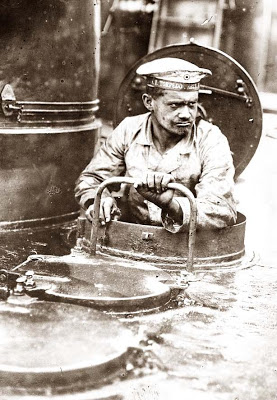 Dirty jobs: life on a U-boat was greasy, hot, smelly, and devoid of soap

Of course, for the submariners themselves, the greater dangers are at sea. In their agitation that U-boats are not “playing the game,” British policy is becoming more aggressive and less forgiving all the time. Naval captains are authorized to slaughter crews who try to surrender, while merchant captains are encouraged to ram and sink the fragile vessels. In the course of the war, submarines are lost to mines, to accidents, and to all sorts of enemy action.

The fate of the U-28 offers an illustrative example. On September 2nd, 1917, a completely new captain and crew intercept the steamer Olive Branch off the coast of Norway carrying a cargo of ammunition from England to Arkhangelsk, Russia. Disabling her with a torpedo, they surface and approach while the ship’s compliment takes to their emergency boats. Unsatisfied with the rate at which their prey is sinking, the men of U-28 begin firing their deck gun into the ship, setting off her cargo in a gigantic blast that engulfs and rends their own ship open to the water. Some of the German sailors are seen swimming in the frigid North Sea as she goes down, but none of the merchant sailors makes any attempt to save them.

Nearing the end of its eighth month today, the Great War is becoming more bitter than ever — and the U-boat war is one of the biggest reasons for the growing mutual inhumanity.