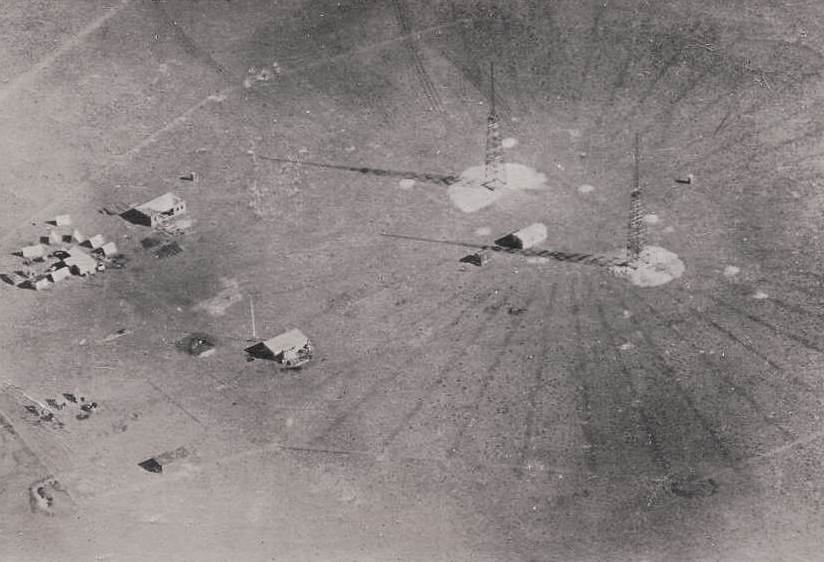 The Swakop River was in a rare flood this February when Louis Botha’s intelligence teams overheard the defenders of German Southwest Africa signalling that heavy rains had fallen inland, promising grass would be available for the horses in his army. Wireless intercepts have also helped Botha defend his lines of communication, especially along the Swakop River. From where it empties into the South Atlantic at Swakopmund, railroads reach into the interior; there, the outnumbered Germans maintain contact with Berlin through their radio transmitter at Aus, which has already been moved from its original location (see above) and will be moved again.

Major Victor Francke, who replaced Colonel Joachim von Heydebreck in November when he was killed by the accidental explosion of a rifle grenade, is less aggressive than his predecessor, but works under the same material constraints. Unable to manufacture new ammunition, his expert gunners are only able to sustain battle for so long before running out of shells to shoot. His machine guns are modern and effective, but there are only so many bullets. And with much of the country now occupied by the Union of South Africa, his army is running out of food and medicine. 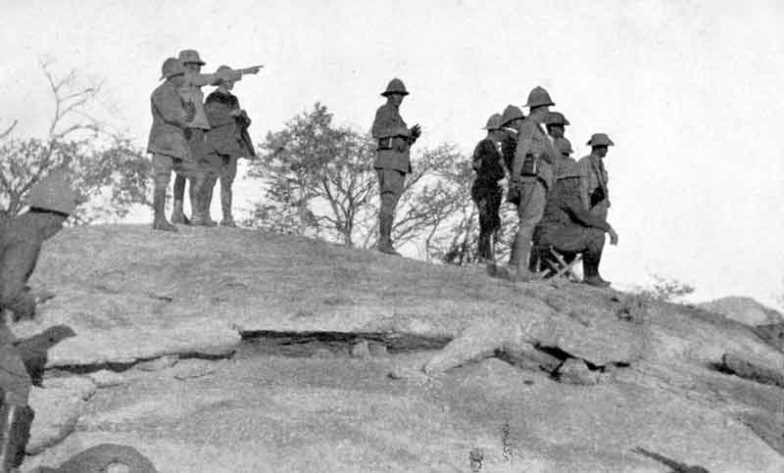 Botha, whose strategy has been to cut Francke off from outside support by taking the Namibian ports first and then rolling inland along the railways, understands his enemy’s predicament perfectly. His own challenge is to attack over long distances that are devoid of watering holes with Francke holding and defending the water sources he needs. Aware of his enemy’s intentions, two days ago Botha ordered his troops concentrated at Swakopmund to advance on Riet and Pforte, bringing Francke to pitched battle for the first — and last — time.

Botha’s troops begin their attack on the position at Riet shortly after first light this morning. Cavalry probes quickly discover that the Langer Heinrich hills, which now overlook the site of a uranium mine, are too rocky for effective movement. Indeed, the German position makes good use of rocky hills (kopjes) and the steep banks of the swollen Swakop River. But Botha’s artillery is far more effective than Francke’s, whose gunners are outnumbered and confused by the dust and the angle of sunlight; they never make the range today. Meanwhile, the 2nd Mounted Bridgade threatens the German line of retreat by meeting Francke’s reserves at Jakalswater in a long flanking maneuver. 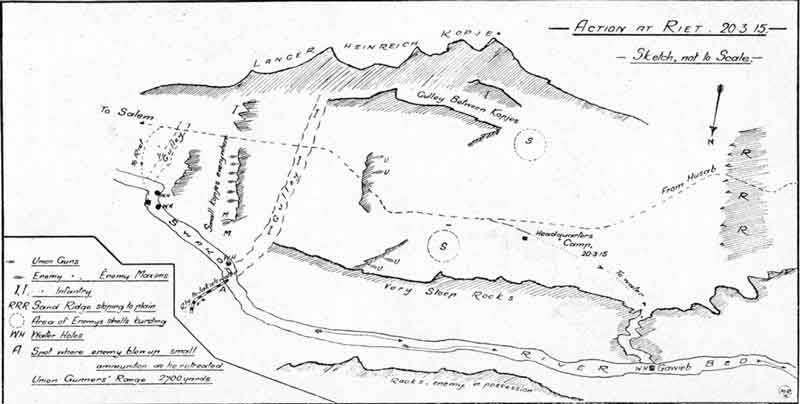 A sketch map of the day’s action by Lt. Moore Ritchie, whose account of the campaign, Botha in the Field, is available online

After an all-day artillery duel, Francke ceases fire and orders a withdrawal at 3:30 PM. Botha, who has the bulk of his force watering at nearby Gaweib for the next seven hours, is unaware of his enemy’s evacuation until nightfall. Moving with alacrity, he sends his troops to occupy the position, where they find the water tanks and ammunition lockers blown up but two watering holes in the river still unharmed.

Botha moves his headquarters into Riet tomorrow, having handily won the biggest fight of the entire campaign on a twenty-one mile front. His advance elements find the German camp at Modderfontein nearly undefended, capturing supplies and documents which show the disposition of Franke’s forces in the north of the country. The fighting is not over, but Francke can only keep on fighting for so long, and his resistance will never again be as strong as it was today. Botha’s information dominance is proving to be the decisive factor in the campaign. 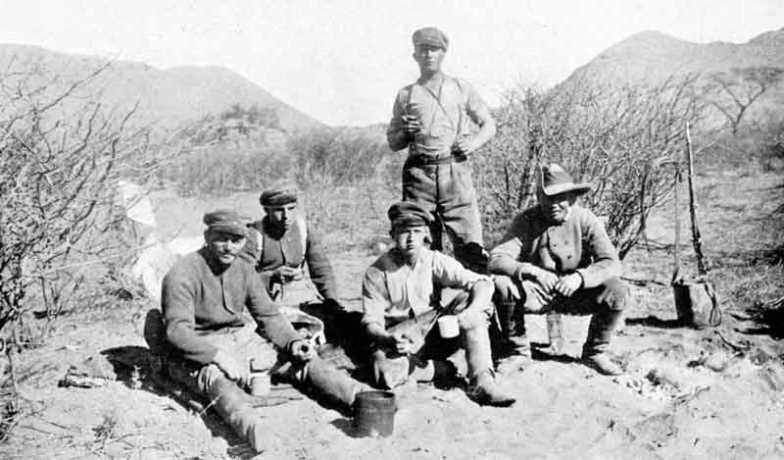 German prisoners. As ammunition and food dwindled, the morale of defenders also plummeted

The only thing holding back Botha’s army now is lack of water and the necessity of building up logistical support. Despite the heavy rains, there is not enough grass at Riet for his horses after all, and too many watering holes have been dynamited by the retreating Germans. Pulling the bulk of his army back to Swakopmund to feed their horses from his ships instead, Botha seems to be in no hurry, turning Riet into a support base while he continues delivering reinforcements. By April, these will include armored cars of the Royal Navy — motor vehicles which can fly across level ground and dominate the roadways.

By contrast, no one is coming to help Major Francke — or his Schutztruppen. Although they are a completely modern force, they lack resupply or reinforcement of any kind, even spare parts for their aircraft and machine guns. Radio Namibia will send its final transmission to Berlin in a matter of weeks. 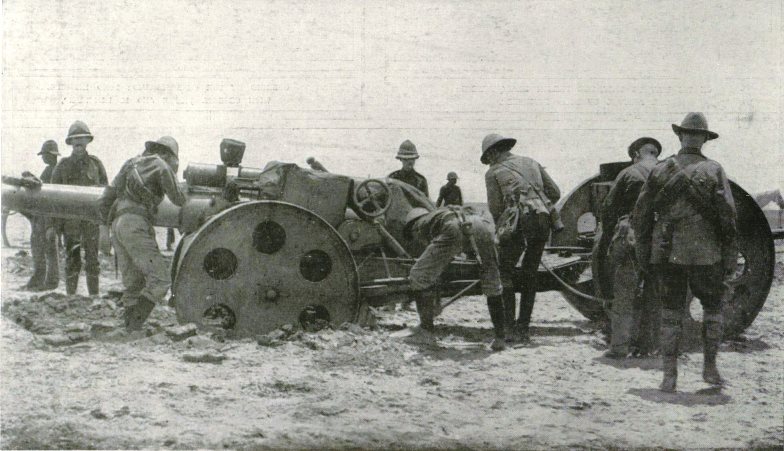