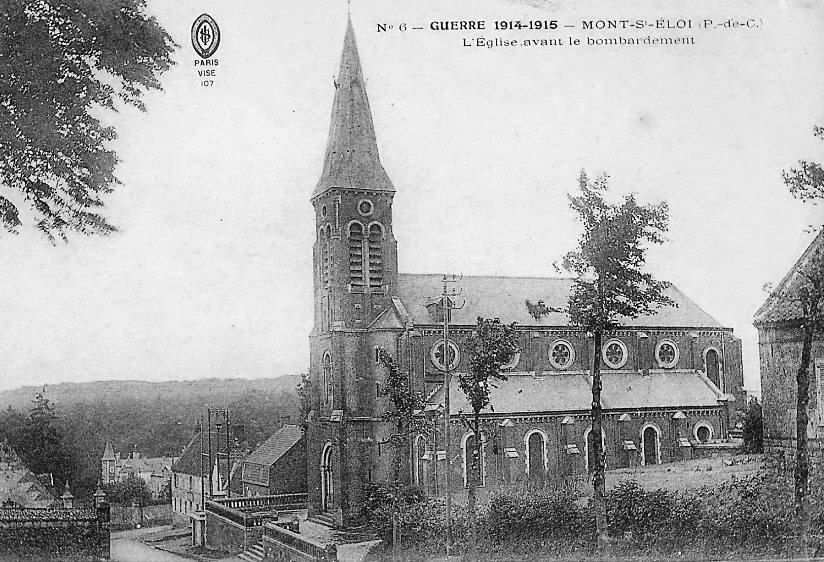 Just before dark last night, a German assault took the village of Saint Eloi located at the southern corner of the Ypres salient. Located on a fifty-foot height overlooking British positions in the flat terrain, Saint Eloi lies just north of a 75-foot brickyard debris heap known simply as “the Mound.” These are natural observation points from which German artillery spotters can inflict terrible casualties, and therefore they must be retaken immediately. Early this morning, Colonel George Handcock Thesiger commands the 4th Battalion of the Rifle Brigade, a unit that arrived from India in December, during the urgent counterattack on the town.

Thesiger has no artillery support for his night assault. Deploying two companies for a charge on Saint Eloi itself, he sends his third company against the flanking trenches on the west while holding his last company in reserve. The action begins at about 4:30 AM, when the Germans are still disorganized from their successful attack and stumbling through unfamiliar ground. Slowed by street barricades and building strongpoints, Thesiger commits his reserve company to the assault on the town at about 5:15, recapturing it, but the Germans beat back multiple attempts to storm the Mound. Thesiger’s battalion suffers 34 killed, 63 wounded, and six missing before daylight brings a halt to the operation.

Like its French namesake seen above, Saint Eloi was a picturesque Belgian village before the war. In the course of the conflict, however, it is being reduced to rubble by constant shelling and fighting — just like other points within the ‘Red Zone.’ 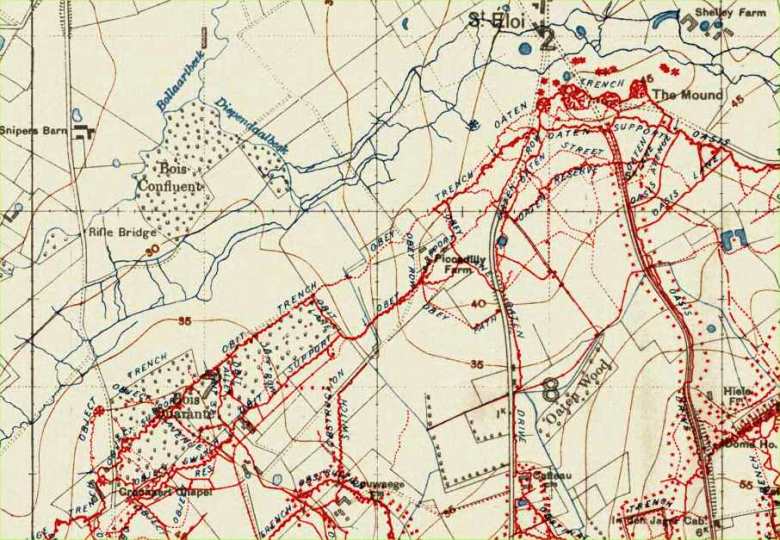 A trench map showing St. Eloi, Belgium and the Mound at the top right. Note the defensive works south and east of the village

Despite the doctrinal emphasis on offensive action that is common to all the armies at war in 1915, the Great War is actually characterized by the counterattack. On the Western Front, both sides recognize how easy it is to win ground, and how difficult it is to keep that ground, so they maintain screening forces in their forward trenches and larger forces in the rear. Whenever one side succeeds in taking a position, the other side counterattacks as soon as possible with all available forces. This pattern is already so well-established that countermeasures are in place: during the British offensive on Neuve Chapelle in recent days, massed artillery threw up a defensive barrage behind the objective, and pilots dropped small bombs specifically to delay the German counterattack, providing an early example of close air support.

There is no safety during the long gaps between battles, either. Harassing fire and snipers are a daily feature of life in the trenches, making even the quietest moments deadly for someone along the line. Saps in the lowest ground turn into rivers whenever it rains, forcing the men in them to wade through muddy, dirty, blood-filled water that smells of death. They have no choice: any soldier who climbs along the trench wall to avoid getting wet will expose themselves to enemy fire. Machine guns sweep the dry ground outside. Men fill sandbags with clay soil to build up their parapets, but many are killed in the act of improving their defenses.

As a result, life in the Flanders region becomes nocturnal: food is delivered to the front lines at night. Officers survey their areas of responsibility in the darkness. Squads rebuild their barbed wire obstacles after sundown. Naturally, both sides then engage in harassing activities to disrupt their opponents before the dawn comes. The Great War thus becomes a 24-hour affair, with no man’s land turning into yet another tactical environment that inspires its own specialized responses. 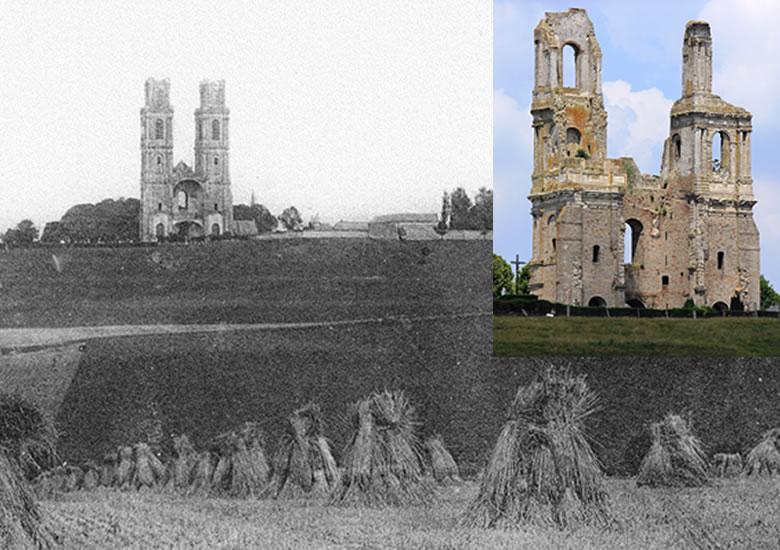 Two views of the abbey at Saint Eloi, France: before the war, with the harvest; today, still scarred by four years of combat

The fighting this morning brings one especially poignant tragedy with the death of Lieutenant George Llewelyn Davies, a reserve officer attached to the 4th Rifle Brigade, when he is shot in the head by a random bullet during Colonel Thesiger’s briefing and dies moments later. His stepfather and legal guardian is author and playwright Sir James Barrie, the creator of Peter Pan. In an interview with the New York Herald last September, Barrie credited George with inspiring the title character:

It’s funny that the real Peter Pan — I called him that — is off to war now. He grew tired of the stories I told him, and his younger brother [Jack] became interested. It was such fun telling those two about themselves. I would say, ‘Then you came along and killed the pirate’ and they would accept every word as truth. That’s how Peter Pan came to be written. It is made up of a few stories I told them.

The Great War is no childhood dream. It is a sickening, serious business conducted under the constant strain of impending death. As it destroys the cities and towns and villages in its path, the conflict is also annihilating the innocence of a generation. 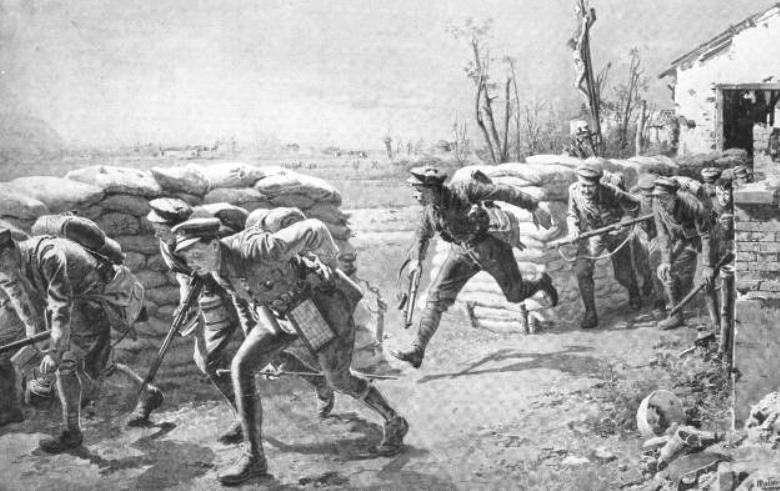 An illustration of the dangers involved in movement through the lines at St. Eloi. Note the officer’s sector map hanging on his hip