The French government’s official commission of inquiry releases their report (‘Yellow Book‘) today on German behavior in occupied France. Ever since the war of maneuver ended in October, drawing the Western Front closed like a curtain of death, the civilians trapped behind it have suffered oppression, misuse, and hunger. The above monument near Lille, portraying five Frenchmen who are executed by Germans during the war, is a testament to the public spirit of resistance against the occupation. Today’s report asserts that ten thousand French men, women, and children have already been forcibly deported to Germany and repatriated through Switzerland in an act of ethnic cleansing; it is merely a hint of the privations and abuses yet to come. 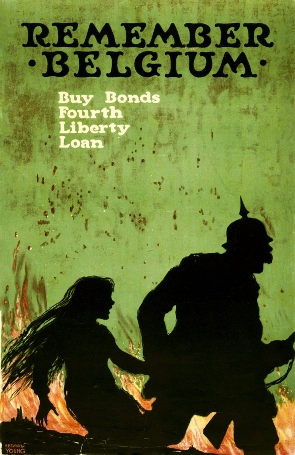 In the immediate aftermath of the so-called ‘Race to the Sea,’ German troops engaged in theft, pillage, arson, murder, and rape, with commanders tacitly endorsing these crimes by failing to prosecute them. To ensure there were no acts of resistance or sabotage, the German occupation authorities behind each army’s sector of front collected hostages, introduced curfews, required travel permits, and began issuing all sorts of rules and regulations. Hitting towns with heavy taxes and fines, they billeted troops in homes, evicted residents from the nicest houses so they could serve as officers’ quarters, and seized all the food in sight. Male civilians are being conscripted into forced labor, even in areas under fire, contradicting the Hague Convention of the Laws and Customs of War on Land as ratified in 1899 and amended in 1907.

German policy thus breaks up countless families and distributes them to work camps, sending fathers to work in fields and mines while their wives and daughters are conscripted as domestic servants, laborers, nurses…and even prostitutes. Those who submit to the affections of German men are rewarded with better food and living conditions, resulting in thousands of ‘boche babies’ born to the women of occupied France during the war. Popular wisdom at the time holds that German blood corrupts French identity, so in their shame and humiliation, many of these mothers resort to abortion, abandonment, and infanticide. In 1917, the case of Josephine Barthélmy, a repatriated Frenchwoman found not guilty of murdering her German-fathered newborn, leads the French government to institute state orphanages for the offspring of such unions. 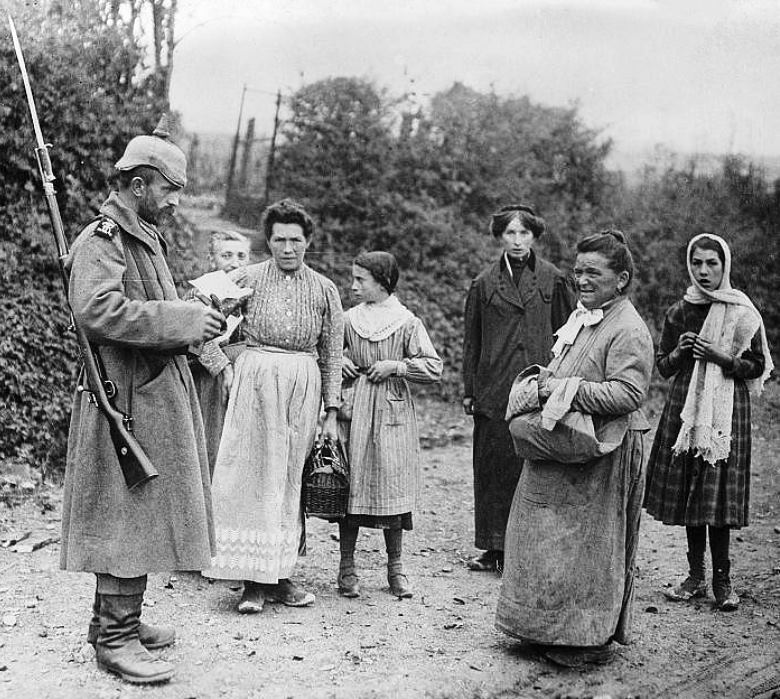 Lille had already been subjected to ten days of siege and bombardment, destroying more than two thousand homes and apartments, when Germans marched into the city center. Since then, the Kommandatur has turned the local bank offices into his headquarters, requisitioned the local newspaper to print a German-language daily, and begun hanging street signs in German. Located less than twelve miles from the front, the city has become an important logistical center as well as a place for troops to relax and recuperate from battle. Enlisted men throng the coffee houses and bars and cinema, while officers enjoy exclusive access to the best restaurants, the theatre, and even a casino. As part of the Kaiser’s long-term plan to incorporate the conquered lands into his empire, German civilians have arrived to set up cake shops, brew beer, take over administration, and begin the colonization of French and Belgian territory. In order to constantly underline the city’s state of defeat, enemy prisoners are regularly paraded through the town and troops conduct drill and ceremonies in the city center.

Despite the best efforts of relief agencies, hunger is only becoming worse in the occupied territories with the burgeoning European food crisis. And with the allied blockade choking off German food systems, the occupation commanders are resorting to further mass deportations in those areas closest to the front lines. When a call for volunteers to be relocated fails to attract much participation, squads fan out during Easter week to search each home and choose members of every family, focusing on males of military age, unemployed females, and even entire families who lack means of support. These people are then marched off to work camps with little more than the clothes on their backs.

With so much reason to resent the occupation, it is little wonder that Belgian and French civilians are increasingly turning to espionage and resistance. Defying strict German laws against keeping pigeons, hundreds of the birds are already carrying messages over the front lines; Paul Bussière, a miner in Liévin, will be caught and executed in August merely for possessing a bird. Operating under the pseudonym Alice Dubois, multilingual Lille native Louise de Bettignie is building a huge network across northern France, with dozens of agents producing intelligence that she personally carries to agents of MI-6 agency in neutral Holland. While the Germans crack down hard on such efforts, doing so only seems to make the people of France and Belgium even more determined to resist. 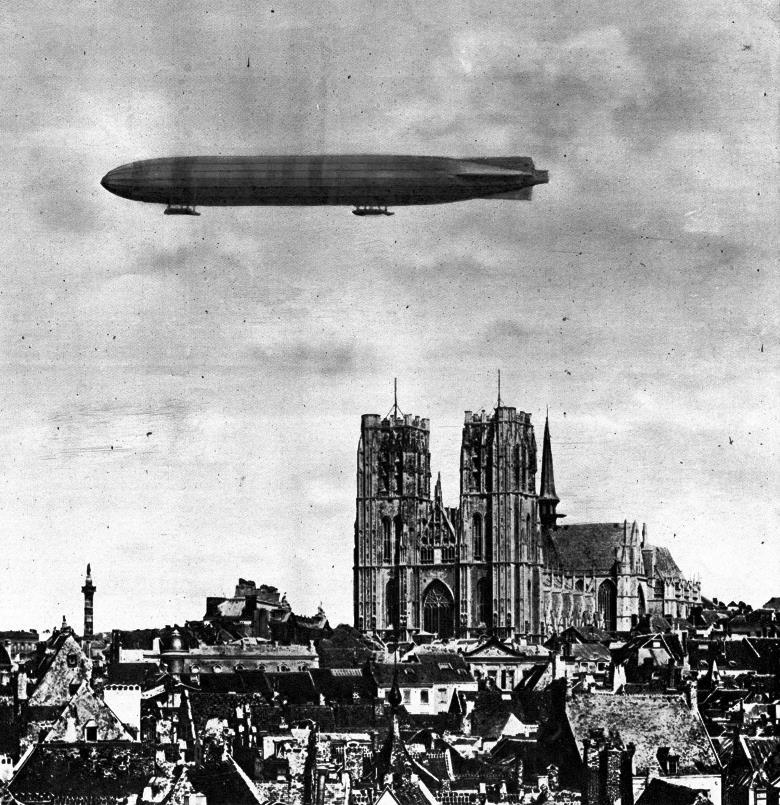