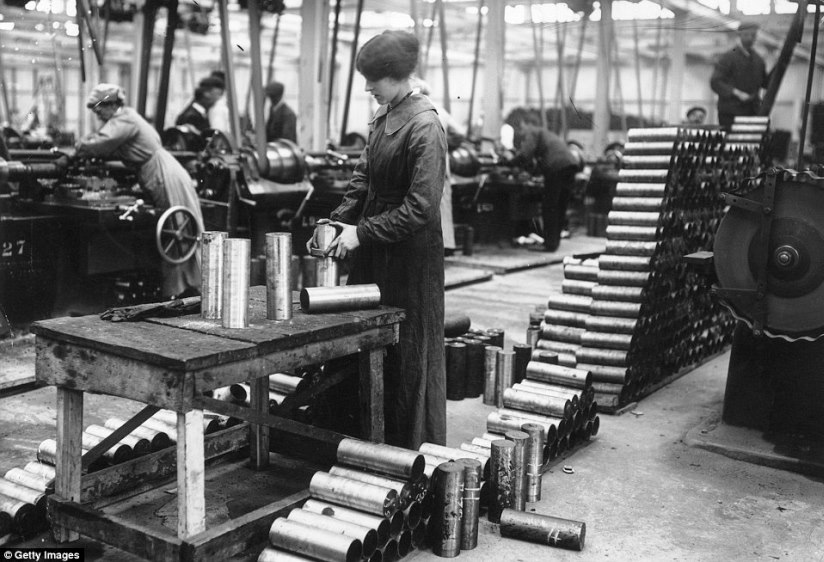 Conservatives have never liked the Liberal Asquith government’s priorities. Indeed, the Tories sum up their complaints in a denunciation of “little navyites, betrayers of the army and peace-at-any-price men” — a reference to the government’s prewar limits on military spending which favored the Navy over the Army. While it is tempting to blame the Asquith cabinet’s prewar policy for the shortage of artillery ammunition still plaguing British Army operations in the eighth month of the war, the fact is that practically no one — liberal or conservative — foresaw a protracted conflict. Furthermore, prewar military planners never envisioned the shell procurement challenges of the Western Front, so it is not clear that increased prewar spending would have provided any tactical or operational advantage. In fact, it may very well have saddled the British Army with useless dead weight.

Nevertheless, conservatives then and now see the Great War as the first failure of modern liberalism, both in its outbreak and in its execution. By these lights, the conflict has not been caused and exacerbated by overly-complex, creaking, ossified 19th Century social, political, and economic systems, but is instead the result of those systems being challenged by modern ideologies with sinister intentions. This point of view is not dissimilar from that of Kaiser Wilhelm II, who famously searched his dead father’s office for evidence of treasonous collusion with German liberals. In 1915, many Tories are still angry about the People’s Charter of 1838, which promoted ‘one man, one vote,’ to say nothing of their opposition to women’s suffrage.

In 2015, conservatives point to the Great War as the beginning of ‘big government’ and the liberal-industrial welfare state as we know them, and they are hardly wrong about this. All combatant nations are centralizing production and planning for their food systems, factories, energy resources, and war effort — with some doing better than others — because there is no other avenue of adaptation to the conditions of the war. The rationing, relaxed social controls, and permanently-altered political landscape left by the Great War are exactly what today’s conservative hates most about this time, and today is a landmark in that process. More than seven months after winning the parliamentary vote to declare war, the Liberal government finally submits a bill to nationalize Britain’s munitions industry. 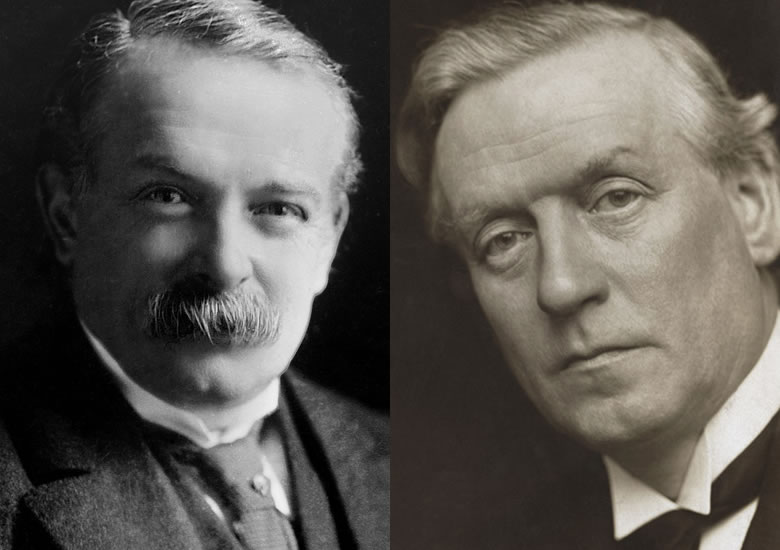 The greatest achievement of the Edwardian period was probably the substantial fall in infant mortality as the British Local Government Board encouraged nationwide use of welfare centers for newborns. Until 1906, social reform and improvement were the province of private charity at the local level, but social service spending has doubled since then, and success stories like the decline in infant deaths have led to a growing public trust in government to improve and reform Britain. In contrast, the Asquith government is not especially eager to institute central planning for total war. While the government’s powers have expanded further under the Defense of the Realm Act (DORA), the increase has only been gradual; for example, the railroads have been nationalized under the Board of Trade, but they are still being run by the same directors.

The arrangement reflects Asquith’s managerial style, which is long on trust and short on micromanagement. As Minister of War, the Ordnance Department is under the purview of Lord Kitchener, but he is unwilling to take marching orders from civilians, and his hidebound staff is unable to increase shell production quickly on its own. Edwin Montagu, a fierce critic of civil service bureaucracy, has warned Asquith since December that the shell crisis could only be resolved by turning the Department into a separate ministry. Even with today’s announcement, Asquith continues procrastinating in his appointment of Lloyd George to lead the new Ministry of Munitions. George refuses to take the appointment unless he has full power over Kitchener in regards to munitions, and Lord Kitchener is having none of it.

To make matters worse, Kitchener’s procurement priorities are out of step with the realities of trench warfare on the Western Front. British troops are currently preparing to undertake an offensive at Neuve Chapelle in France, but they have far too many shrapnel rounds and not nearly enough high-explosive shells. His efforts to increase production are ineffective and detached from outcomes. Perhaps most telling of all, Kitchener is suspicious of any arrangement between government and contractor which abandons 19th Century laissez-faire habits. As Montagu writes in a memorandum on Kitchener’s handling of production challenges,

It is not for me to suggest any explanation of the War Office’s…continued, bigoted, prejudiced reluctance to buy rifles or to increase the munitions of war, but that the solution of the suggestion above is most unsatisfactory can be supported by the evidence that:–

1) Lord Kitchener, as he says, knows nothing about the problem.
2) Lord Kitchener is overworked.
3) Lord Kitchener admits that it would have been better to take the advice (and he did not take it) of the [Shell] Committee in September.
4) Lord Kitchener views with complete obstinacy figures which mean nothing unless labour is obtained, looks with complete satisfaction at machinery provided at Government expense which is idle because there is no labour, and works quite happily at a maximum of 350,000 shells a month, a maximum not yet by any means in sight. If you assume that an Army Corps wants 100 guns and each gun wants 17 shells per day, that shows a requirement of 1,700 shells per day per army corps, or 51,000 shells for seven Army Corps and we are talking of an Army of one million men.

The labor problem is the key matter for Britain to solve. Due to the country’s reliance on volunteer forces, skilled workers in key industries — munitions, transportation, and so forth — have been putting on uniforms since the war began, leaving fewer men to handle the machinery. This labor crisis has hit all sectors of the economy, including agriculture and retail, wherever manpower has gone to war without replacement. The labor shortage inhibits managers from, say, expanding to 24-hour daily operations, or adding new lines, or taking other steps to increase production. To resolve these challenges, the Asquith government must not only sidestep their beloved War Minister, but convince the trade unions to allow tens of thousands of women into the workforce. 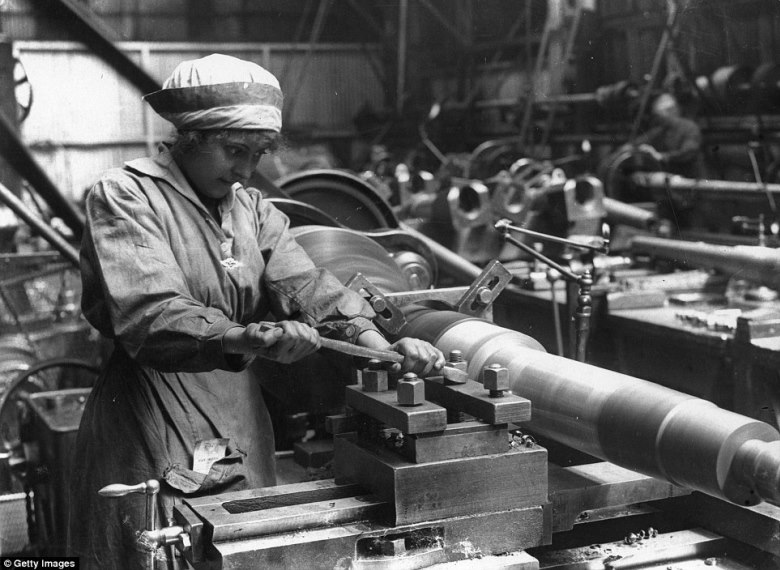 Hundreds of thousands of British women will work in all kinds of occupations during the Great War — and leave traditional ones — with permanent effects on female fashion and British society. Note that her hair is cut short for safety around the spinning lathe