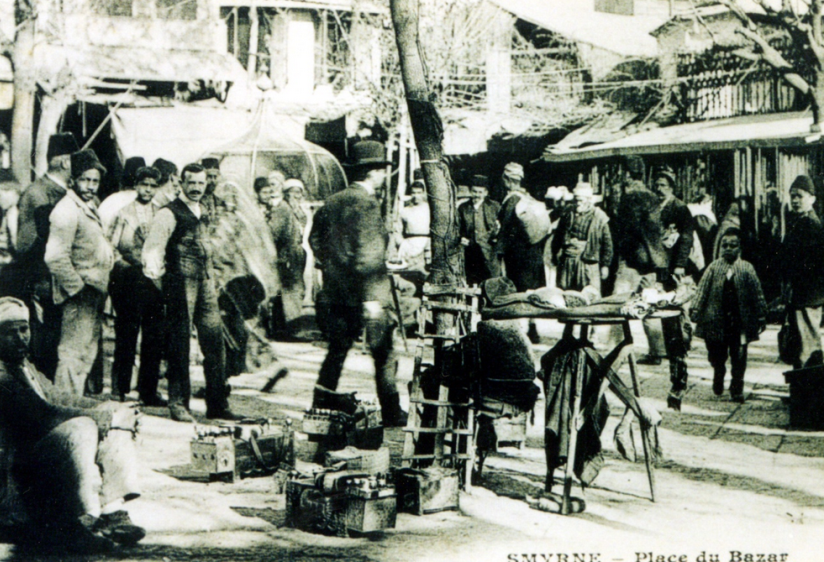 Located at the end of a curving finger of sea, the ancient Greek city of Smyrna has never been the sort of place where nationality mattered overmuch. Armenians and Greek Christians still live here in 1915 alongside European traders, forming a cacaphony of languages and cultures along the waterfront. Tolerance is strong and intermarriage is common. But this way of life is under threat now, for the Great War is polarizing national identities and loyalties in ways that were unthinkable to residents of Smyrna before the war. 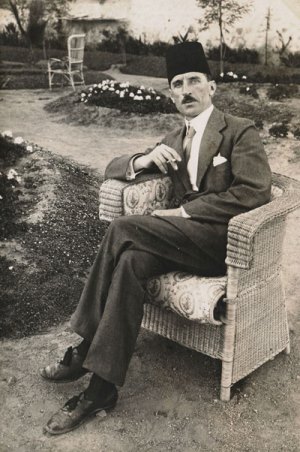 Reflecting the tolerant attitudes of Smyrna’s cosmopolitan prewar society, Governor Rahmi Bey has declined to follow the increasingly-disturbing directives from the Sublime Porte regarding the eradication of his Christian residents. Rather than rebuild Smyrna’s economic life from the ground-up, Rahmi Bey continues tolerating British and French citizens when he is told to deport them. Rather than close European schools to establish a Turkish monopoly on education, Rahmi lets German, Austrian, and even illegal French-language Catholic schools continue to operate. Mollified by the subject populations’ continuous pledges of allegiance to him — at his insistence, they even offer prayers for Ottoman success in their churches — the government in Constantinople makes no move to replace Rahmi Bey.

As part of the allied plan to secure the Dardanelles and Constantinople for their Russian allies, two days ago Rear Admiral Sir Henry Pearse led an allied flotilla of three battlecruisers, four torpedo boats, five minesweepers, and a transport ship into the Gulf of Smyrna, firing 136 shells on Sanjak Kalé fortress over a period of three hours. Yesterday, as the battlecruisers continued their unequal duel with the harbor forts, Minister of War Enver Pasha ordered the commander of the 4th Army Corps in Smyrna to arrest foreign residents for use as human shields; police were rounding up French, English, Belgian, Monenegrin, and Serb civilians and concentrating them at the Sultanié School by the afternoon. The situation has become Rahmi Bey’s finest hour: as the fleet continues shelling forts to protect its minesweepers at work in the Gulf today, he secures the parole of ‘belligerent subjects’ over the age of 60, sending them back to their homes. With the help of an American consul, Rahmi Bey manages to secure the release of the rest of these hostages in 48 hours.

Over the next three days, Rahmi Bey will successfully negotiate a truce which keeps the allies from occupying Smyrna. This is only possible because he has protected the vulnerable minority and expatriate communities. Although the terms of the truce — under which the city is not to host Austrian or German vessels and must dismantle its defenses — will not hold, Rahmi Bey wins precious time, preventing both the allies and his own government from unleashing the horrors of war on his proud, modern city, known today by its Turkish name: Izmir.

Rahmi Bey receives no negative consequences for his actions. In fact, Enver Pasha later visits Smyrna to make a public affirmation of his confidence in the Governor, whose true loyalties lie with the Turkish nationalist movement. When the Ottoman Empire crumbles in the final weeks of the war, Rahmi Bey will even contact British agents and offer to lead a coup against the regime in hopes of preventing the utter dissolution of the Turkish nation. In the meantime, his attitude towards foreigners and Christian minorities never wavers. While three million Greeks and Armenians suffer internal displacement and genocide elsewhere in the Ottoman Empire, here they remain under his protection.

Sadly, it will not last. Despite their best intentions, British naval forces have lit the fuse on a powder-keg. 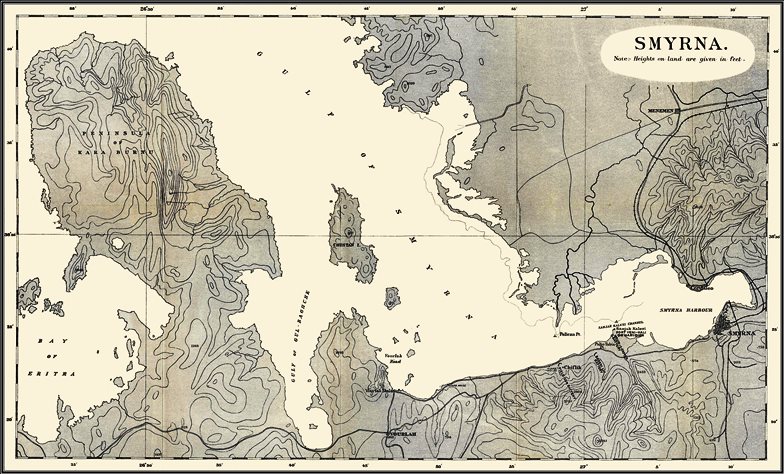 The Gulf of Smyrna. The full-size version can be seen at Naval-History.net

The problems begin in Greece, where in the last two days King Constantine I has sparked a constitutional crisis by forcing the resignation of his liberal Prime Minister and naming a right wing Royalist named Demetrios Gounaris to the office. Despite the fact that the allies are using his territory to conduct operations in Smyrna and Gallipoli, Constantine is sympathetic to the German cause, and the crisis is merely his delaying tactic to prevent Greece from supporting what he believes to be the wrong side.

In 1917, Britain will resolve the impasse by deposing Constantine, but he will return to power in 1920 when the Greek nation is invading Asia Minor — with Smyrna as the Greek Army’s main logistical gateway. Defeated in 1922 after a series of massacres against ethnic Turks, the Greek Army’s withdrawal from Smyrna will finally bring about the atrocities which Rahmi Bey worked so hard to prevent. Armenian and Greek alike must flee the burning city or die in the pogroms. Shouldering the blame, Gounaris is tried, convicted, and hanged while Constantine is forced to abdicate once again. By then, 1.5 million Greeks have died and at least another million have been displaced. To underline their eradication of Smyrna’s most ancient residents, the Turkish government insists that the world begin referring to the city by its Turkish name.