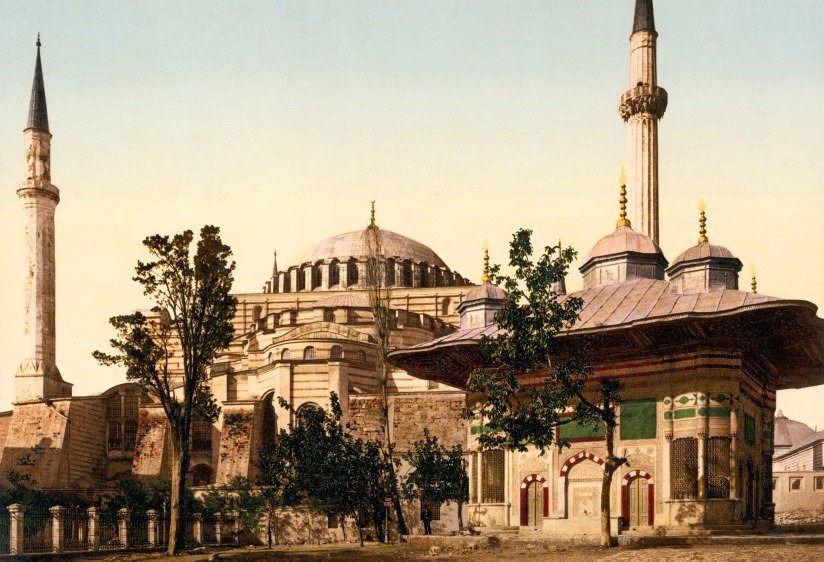 Being friends with Russia is never easy, even in normal times, but maintaining a wartime alliance with Russia is a frustrating and exhausting endeavor. In December, French Ambassador Maurice Paléologue was forced to circumvent the Tsar’s War Minister to confirm alarming reports of material shortages on the Eastern Front — shortages already incurring human wave attacks without rifles and long dry spells of artillery ammunition in some units. Russia’s high command is now concerned with an energy crisis, one that the Tsar has sought to answer by shutting down the state vodka monopoly. Meanwhile, only the Tsar’s armies are attacking all three adversaries at once.

Today, Russian Foreign Minister Sergei Sazonov is trying to close a deal for the Dardanelles Strait, the Hellespont, and the ancient Byzantine capital of Constantinople — as well as land on both sides, reaching as far as 120 miles into Asia Minor, with their allies free to share in the spoils as the Ottoman Empire is vanquished and carved up. Since the 17th Century, Tsars have dreamed of controlling Russian access to the Mediterranean, and Nicholas II feels a genuine sense of messianic mission about it. Indeed, the lack of a warm-water port is a major hindrance to Russian trade at precisely the moment she most needs to export and import her way through multiple material crises. Rumors of an attack to seize control of these territories built support for the idea in the middle and upper classes, who intuitively understood the stakes, and representatives in the Duma first called openly for changes to the balance of power in the straits on February 9th.

Sazonov first asked Britain and France to attack Turkey in late December. At the time, he did not know that the British War Cabinet was already weighing options in the Eastern Mediterranean, including the Dardanelles. But as British intentions became clear, Sazonov began to consider more and more expansive demands, becoming even more insistent as his allies have actually begun trying to force their way through to Constantinople. Driven by public and private interest, he found some resistance in the Stavka (General Staff), so Sazonov held a private meeting two weeks ago with the former Ambassador to the Sublime Porte and Adjutant-General Alexei Kuropatkin, the honorably-defeated Russian Army commander in their 1904 war with Japan. Whereas proposals for internationalization of the straits predated the war and were considered again, that meeting built consensus within the royal court for an all-or-nothing approach. Emboldened, two days ago Sazonov had his ambassadors in Paris and London transmit his war aims as demands — and communicate a threat to resign his office, abandon the alliance, and pursue a separate peace with Germany in the Duma if they refuse.

It is a classic case of Aesop’s fable about counting chickens before they are hatched. One uniting feature of all this speculation, correspondence, and diplomacy is that it all refers to Istanbul as Constantinople. 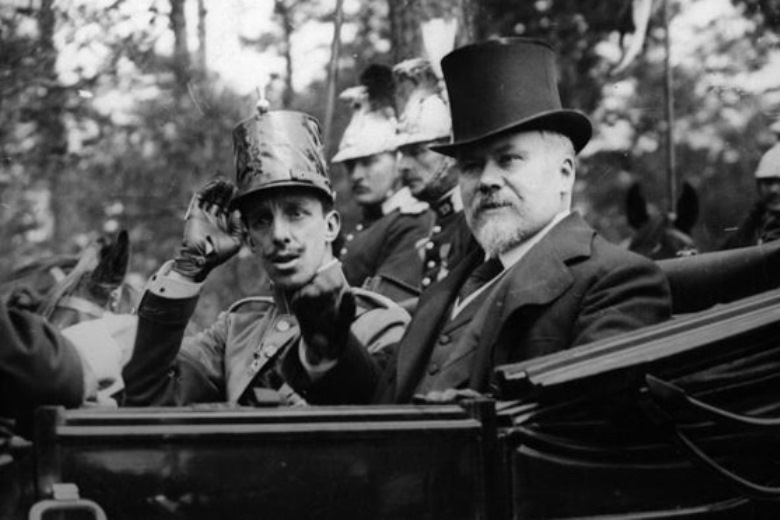 Today, an op-ed in the Timaru Herald speaks for common wisdom throughout the British Empire, where more than a century of state policy enforced by arms has opposed Russian control of the straits. But with ‘the sick man of Europe’ apparently on his deathbed, the new policy is to murder the Ottoman Empire and carve it up.

The days of Constantinople as a Turkish capital may be said to be almost numbered, and it is not surprising that the question of what will be done with the great city at the conclusion of the war has caused no small discussion in the British Press. The conclusion is growing that it will be handed over to Russia, and the statement made by Mr Asquith, that the British Government has the fullest sympathy with Russia’s aspirations for a port on the pen sea, appears significant in this connection. British policy was opposed for generations to this aspiration of our present ally, but it is not easy to understand now why it should have been so. With her enormous territory Russia is under no temptation, and she has never shown the slightest disposition, to nourish those dreams of world conquest which have proved disastrous to the German nation. Her possession of Constantinople would not menace us as German Fleets across the “narrow seas” would do, even if she had the same ambitions as the Germans.

[…] It will be a strange irony of history if, after the British and French fought sixty years ago to keep Constantinople from the Russians, the result of their present alliance should be to give it to them, but the consistency of history is a small matter.

Meanwhile, the Dardanelles offensive is already creating new spinoff crises throughout the region. Opposed to any Russian dominion in the contested straits, Bulgaria seethes with resentment. In Athens, King Constantine I — whose very name reflects a national dream of controlling Constantinople — forces the resignation of Prime Minister Elefthérios Venizélos, whose majority in the Chamber of Deputies favors war. Dissolving this parliament, Constantine creates a political crisis even as British and French ships make free use of Greek harbors and anchorages to assault the Dardanelles. His delaying tactics of elections and power struggles outlast Bulgarian patience.

Meanwhile, Turkish reinforcements stream into the peninsula, where the allies have yet to recognize the need for landings in force. Despite promises, no Russian troops will ever be spared to campaign for the straits. Even with the eventual defeat of the Ottoman Empire, Turkish nationalists will rally around Mustafa Kemal Atatürk — a hero of the victory at Gallipoli — to prevent the permanent division of their nation. Thereafter, they will insist that the rest of the world refer to Constantinople by its Turkish name: Istanbul. 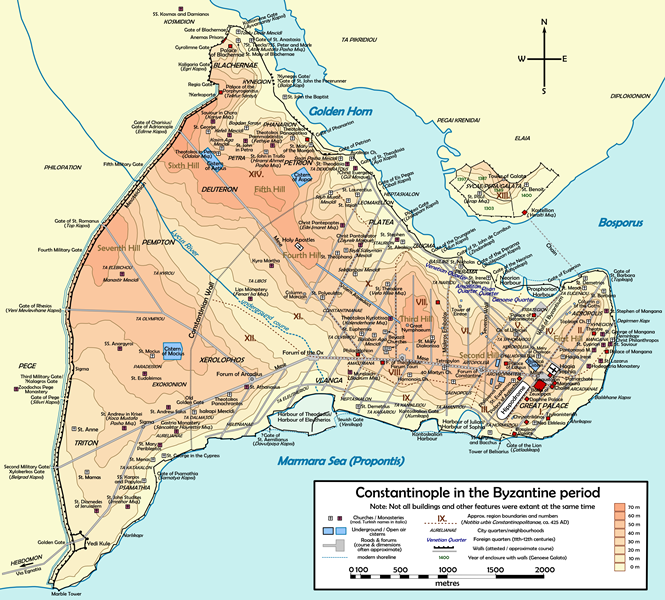 In Sazonov’s proposed partition plan, Russia would “only” occupy the cultural treasures of the city and its surroundings, with French and British occupation zones in Europe and Asia respectively. Click here to see the full-size image