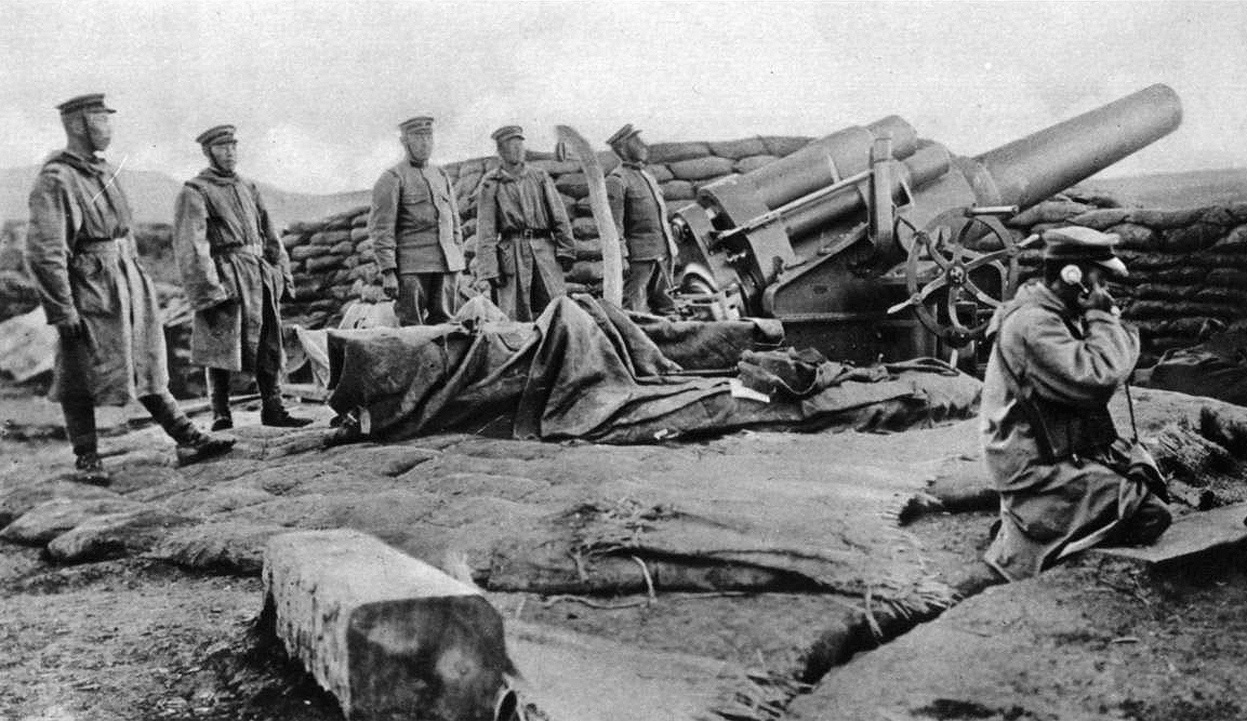 Above: a Japanese heavy gun position during the siege of Tsingtao

The outbreak of the Great War has sundered the world order that was defined by European colonialism. Over the next half-century, brand new nations will rise from the ruins of empires, while in Asia, two ancient nations struggle to emerge into the modern world.

Japan has ended its medieval isolation, rapidly modernizing and asserting its strength. A century ago today, 23,000 soldiers of the Imperial Japanese Army begin landing at Longkou in Shandong Province, a peninsula jutting out into the Yellow Sea. Emperor Taisho has been at war with the Kaiser for ten days, and his ships have already begun to take possession of Micronesia; now they are arriving in force on the Asian mainland. 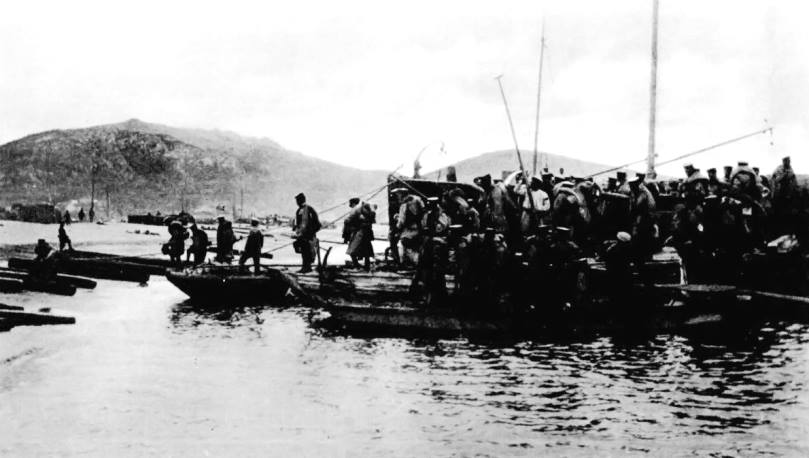 Initial landings were slowed by flooding, so the beachhead was changed to Laoshan Bay on September 18

Declaring that he would rather surrender Berlin to the Russians than lose his Chinese territories to Japan, Kaiser Wilhelm exhorts his subjects in Shandong to rally at Tsingtao, the port city that his empire “leased” from the Emperor of China at gunpoint shortly before the Boxer Rebellion. Responsive to his call, they have been streaming into the city for weeks.

A republic for just two years, China is also struggling to throw off her shackles and find a place in the world despite the indignity of foreign occupation in its coastal zones. Japan has already used violence to win a piece of China, then fought alongside Europe and the United States to keep the Chinese dragon at heel. After today, Japanese policy trends towards hegemony — casting the other world powers out of its sphere of influence in Asia to achieve absolute dominance. 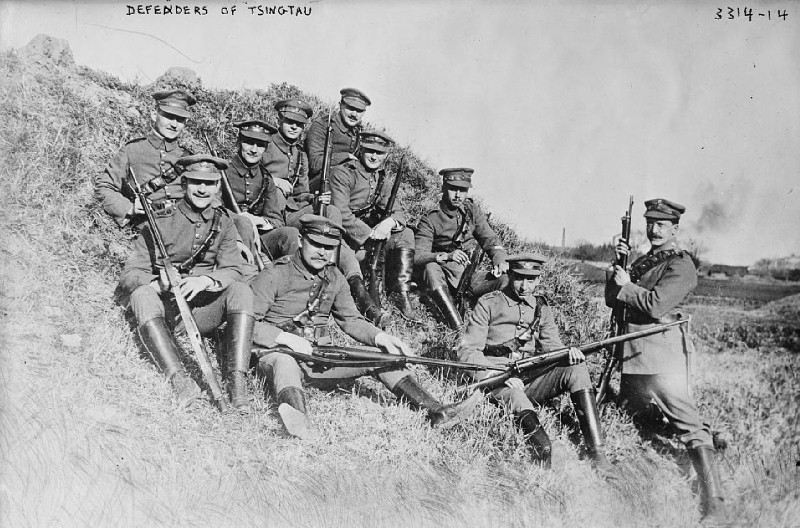 Members of the Shanghai Volunteer Corps who trekked to Tsingtao to defend the Kaiser’s Chinese possessions. They are carrying British-made rifles and wearing British-cut uniforms, evidence of improvised mobilization

The German defenders are not prepared for sustained combat. Their forts quickly run out of ammunition for the big guns, and Japan’s meticulous preparations pay off in a rapid reduction of the defenses by heavy artillery. Badly outnumbered and outgunned, armed only with a hodgepodge of insufficient weaponry, the colony falls after two months of campaigning but just a few days of actual battle.

The confrontation has contained historic events, however. On September 6th, a Japanese seaplane launched from the Wakamiya becomes the first aircraft to leave a ship’s flight deck and attack another ship, though its improvised bombs fail to damage two boats defending the harbor. Flying a primitive Taube aircraft, Lieutenant Gunther Plüschow claims to have shot one of the Japanese pilots dead in midair with his pistol during the siege, winning the world’s first aerial combat victory (his claim is impossible to verify). 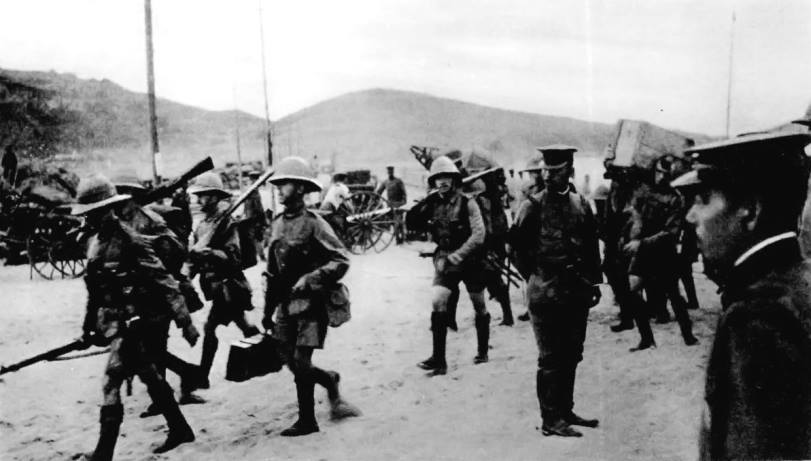 The 1,500-man British contingent arrives in Tsingtao to keep an eye on their Japanese allies

Japan has been drawn into the war by their British allies, but their aggressive move into China is also a source of concern for London. Within weeks, a force of 1,500 troops arrives with the ostensible mission of supporting the attack. In truth, they are here to ensure that the Rising Sun does not monopolize the weakened China they have done the most to create through centuries of war and policy.

In 1917, after the United States declares war on Germany and prevails on China to do the same, Japan lands more troops in Shandong to signal that they intend to stay. The island empire goes on to achieve its war aims when the peace conference at Versailles recognizes their ownership of Shandong, enraging the Chinese, who entered the war in part to reclaim the province. Wellington Koo, China’s ambassador to France, refuses to sign the treaty, and American diplomatic intervention leads to Japan returning the province in 1922.

It is another balance of power on which events will once again cascade into a second global conflict. The League of Nations recognizes Japan as one of the ‘big five’ world powers, but the Asian dragons grapple again in 1937 — and this time, Japan has one eye on the colonies and Pacific interests of Europe and the United States. 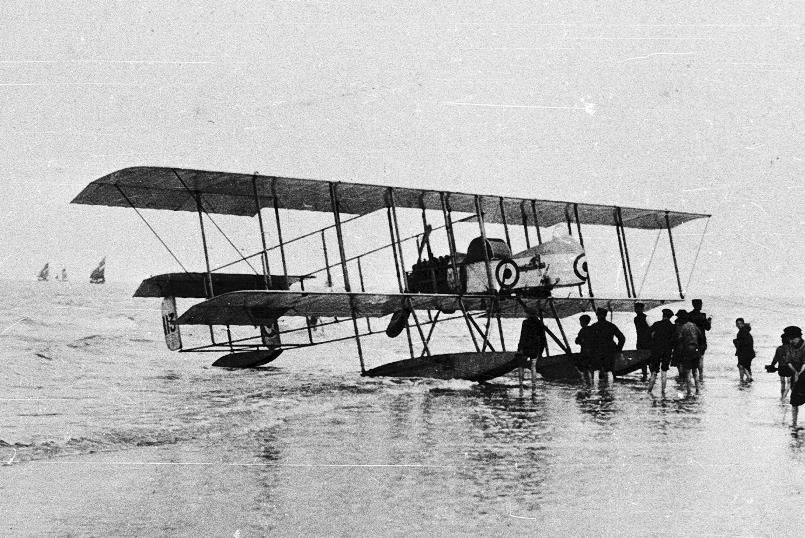 For China, the challenge of forging a place in the world proves arduous. It is made harder by the lack of Chinese exposure to the outside world, so the experiences of 190,000 laborers who serve in France at the invitation of Sir Douglas Haig prove invaluable when they return home with heads full of ideas and tales of the world they’ve seen.

For Japan, which is experiencing a social renaissance in these years that is the equal of America’s Jazz Age, this all too-brief period sees the invention of the suit-wearing, clock-punching salaryman — and the first examples of a cosmopolitan Japan. Gender and tradition are being questioned as never before, with radical feminists and Marxist radicals appearing for the first time in the brand-new cafés.

Yet it will take another long war and decades of distrust before these dragons can coexist, and their relationship remains uneasy today. It is the power-balance that largely defines the East Asian region in our time; America has never not been a part of it, for better or ill. 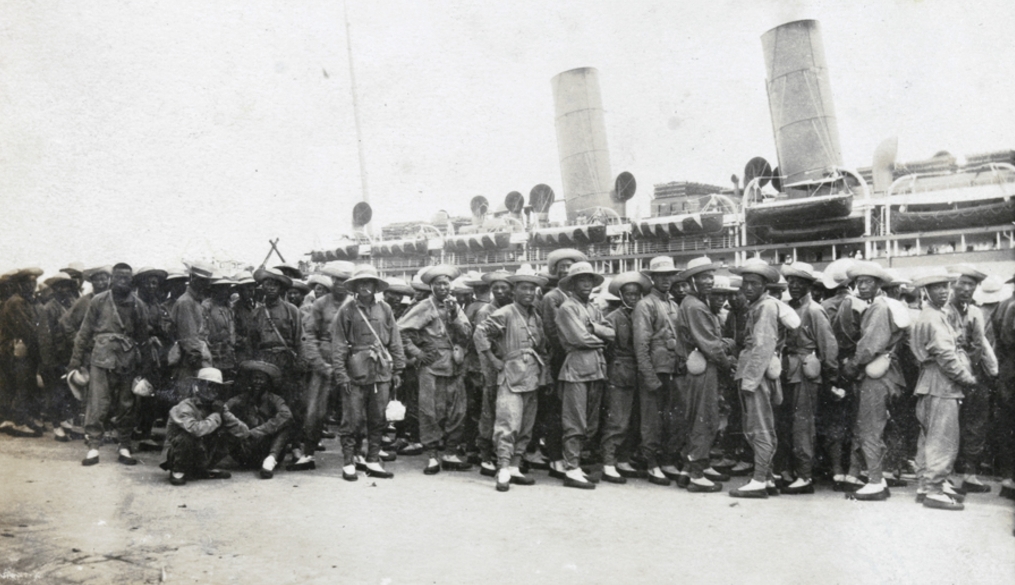