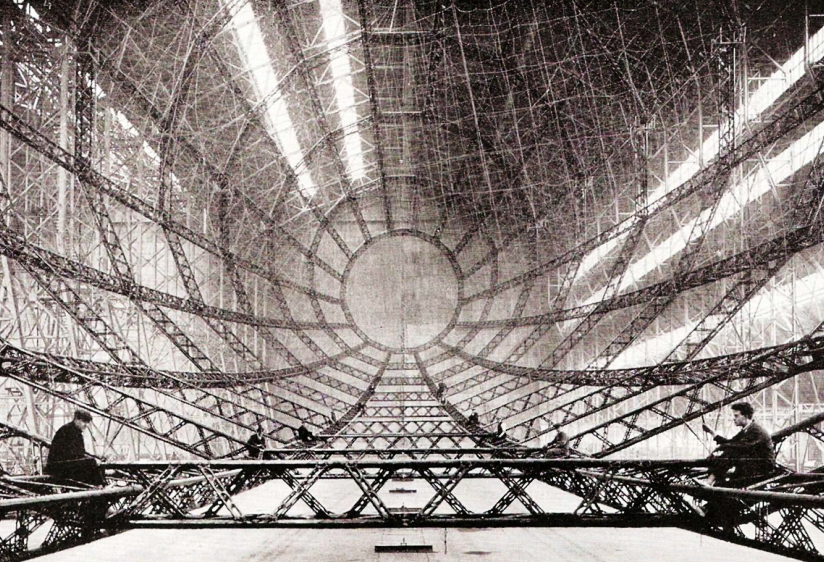 The Zeppelin L8 crashes near Tirlemont, Belgium today, killing all twenty-one crewmen on board as she breaks up on a forested hillside. News accounts of the crash and its causes vary: was the airship patrolling the Western Front near Nieuport, as initially claimed, or was it embarked for England on a bombing mission, as said later? Without survivors, we have no way of knowing with certainty whether the L8 was brought down by engine trouble as the Germans claim, or by antiaircraft fire as the allies claim at first, or by French and British aircraft as the allies somewhat absurdly announce days after the fact along with inflated casualties.

What we do know is that Zeppelins are particularly unsuited for battle in 1915, and only becoming more so. Attempts to use the rigid airships for reconnaissance on both the Eastern and Western Fronts have resulted in shoot-downs. The Kaiser’s airships aren’t just vulnerable to ground fire, they can only operate safely in clear weather. Slower and more limited than fixed-wing aircraft, the only thing they can do better is carry a larger load of bombs. While German airships will continue to improve throughout the war — flying higher, longer, faster, and carrying greater weight in bombs — they are consistently outclassed as combat platforms.

The only wonder is that Germany, alone of all the combatants, produces these expensive failures — and finds men willing to fly them — despite an eighty percent loss rate of machines and a forty percent death rate among aviators. Their copper-aluminum and steel wire airframes are a marvel of engineering, but they are too fragile to survive first contact with the enemy…or the ground. 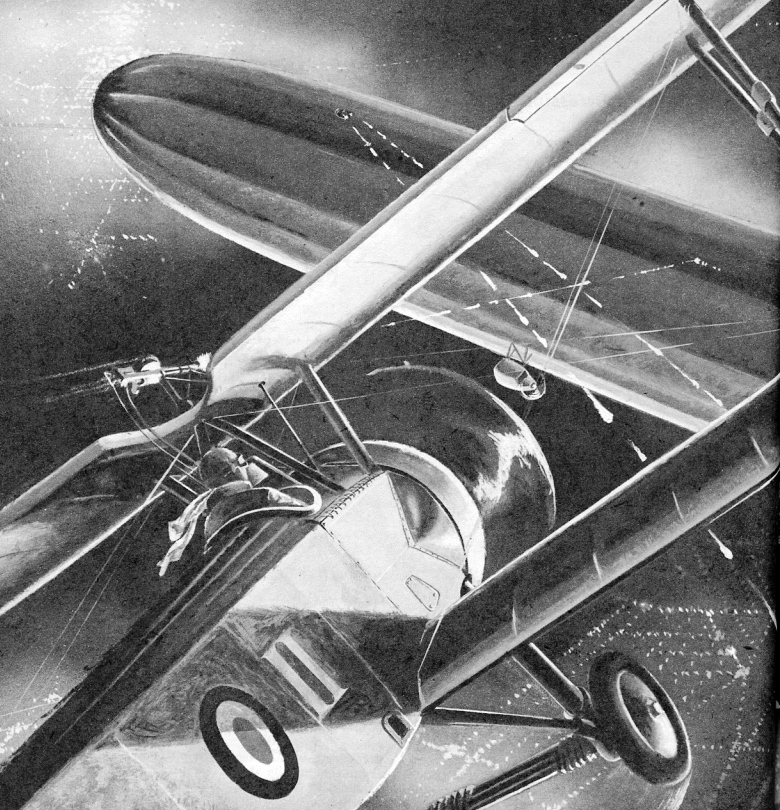 “Zeppelin Over London” by Bud Cramer. Note the machine gun is mounted on the upper wing to fire over the propeller

The amount of material, labor, and time put into building a single Zeppelin could construct an entire squadron of fixed-wing aircraft. Nevertheless, fear of the Zeppelin threat is forcing the allies to devote planes, guns, and resources against it, producing several innovations. Because the purified hydrogen in the gasbags does not burn for mere bullets, British pilots are trying to overfly the slower Zeppelins and drop bombs or darts on them. Later, tracer rounds will be mixed with incendiary bullets to ignite the gas.

Listening stations on the coast overhear the Zeppelin crews’ radio traffic, alerting Room 40 at Whitehall, which orders blackouts and scrambles night-fighters. Fixed and mobile searchlights probe the sky, forming pyramids of light underneath the cigar-shaped intruders so guns can bracket them with fire. Only about one in eight thousand rounds ever actually scores a hit; just one in ten British air defense pilots ever even lays eyes on a Zeppelin. This prototype air defense network is at least as inefficient and resource-intensive as the threat it is designed to meet, keeping thousands of aviators and gunners busy defending the skies instead of fighting on the Western Front. 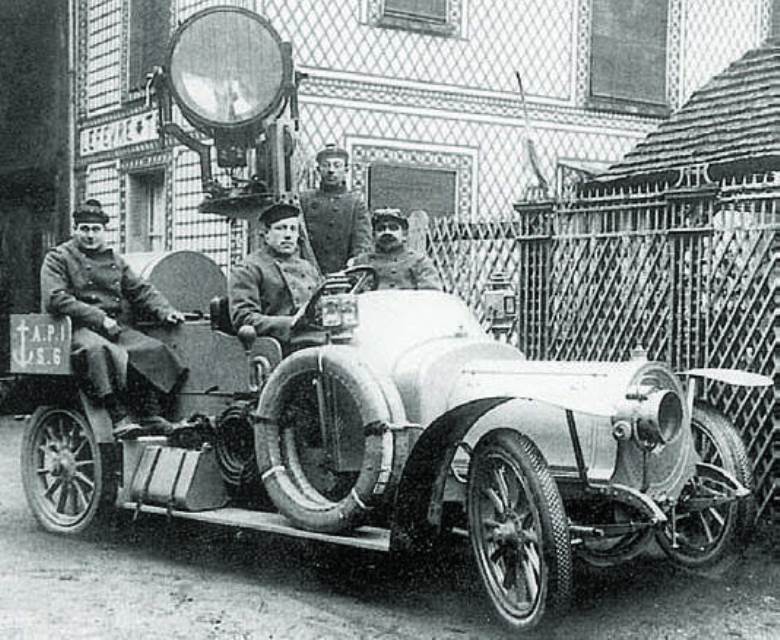 A French mobile searchlight team. Note what appears to be a generator in the rear of the vehicle

However, Zeppelin attacks are already a primary topic of public discussion. Not only do recruiting posters play on the fear of airships to encourage enlistment, but speculation about their uses runs rampant. Before the war, Winston Churchill worried that airships might land troops to invade England. On March 19th, Flight magazine announces that “The Germans are reported as throwing asphyxiating shells from aeroplanes into the Russian lines,” echoing Churchill’s current doom scenario in which Zeppelins might use chemical weapons on London.

None of these potential uses of airships ever materializes, but they reflect a widespread anxiety in the public, which experienced many false alarms in the early months of the war as people thought they saw enemies in the night sky. These incidents will continue until the end of the war, even in faraway New Zealand. From the 21 August 1918 Herald, here is an account of witnesses convincing themselves that an entire air battle was unfolding before their eyes in the South Pacific:

Thousands of visitors at an East Coast resort on Monday night saw the raiding Zeppelins against the skyline, and the fleet of aeroplanes ascending to engage them. The airships turned northwards, and endeavored to evade the pursuers in smoke clouds. An hour later the gunfire of the raiders was heard nearly a hundred miles from where the chase began, and a great flame was observed out to sea.

As always, fear and paranoia are much more powerful than reason. If the Kaiser’s airframes were capable of half the feats ascribed to them, the Great War might have proceeded very differently. 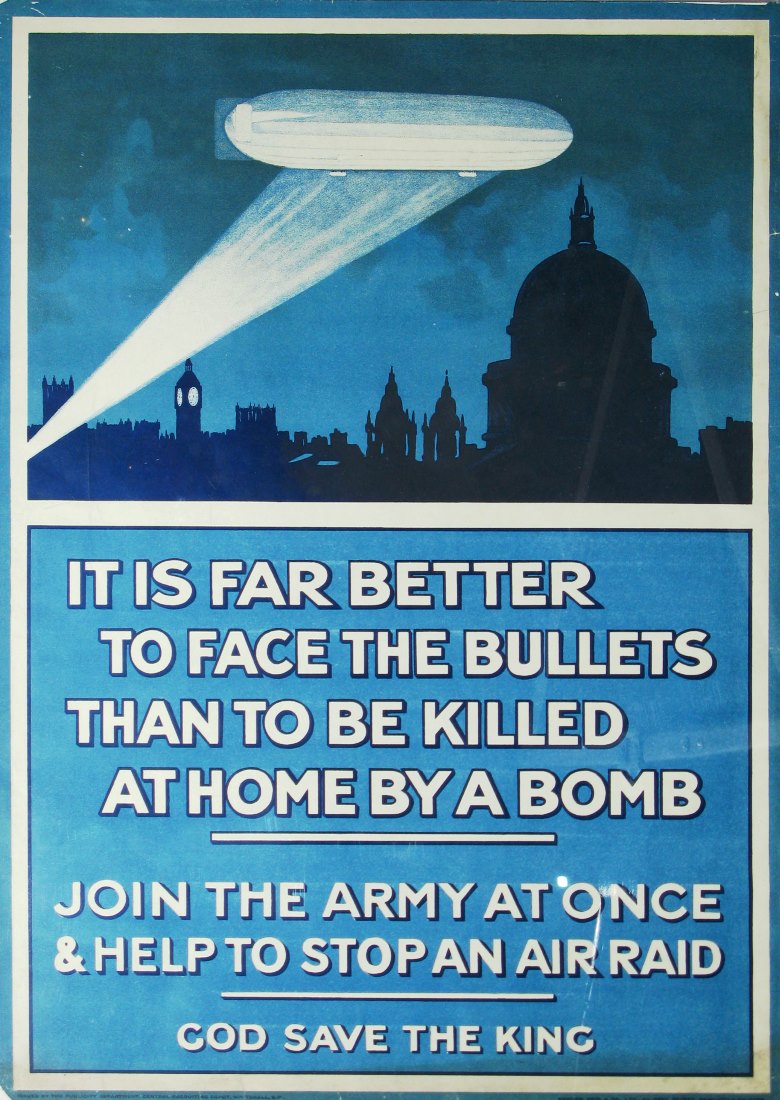