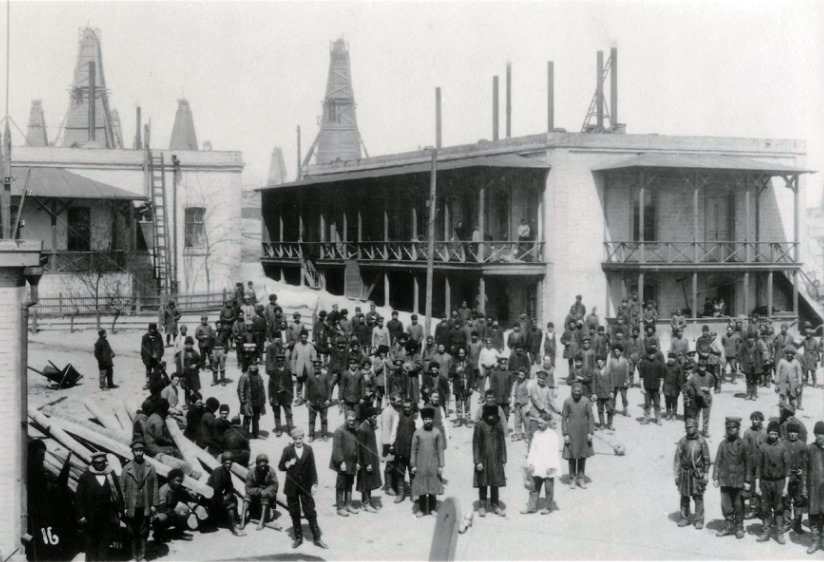 I am here for the seventh time — only think of it! At the front everything is quite satisfactory. (Grand Duke Nicholas) is in a good humour and as usual demands rifles and ammunition. The question of supplying our railways and factories with coal has assumed an alarming character, and I have asked (Secretary of State) Roukhlov to take it all into his hands. Only imagine, if the manufacture of military supplies were to cease! And this because of a lack of coal, or rather owing to an insufficient output of it! In our mines in the South I am convinced that energetic measures will pull us out of these difficulties.

Already facing a severe production crisis in artillery shells and rifles, Russian locomotives are also using more coal than ever — at least 16% more than they were a year ago — working overtime on Russia’s creaking railways, which were already in need of an overhaul when the war began. And because the shortsighted Russian conscription system has sent skilled laborers in critical industries to their doom at the front, the foundries and metalworks which make modern warfare possible have all seen decreased productivity with a corresponding decline in coal consumption.

“Energetic measures” are indeed necessary, but as with the shell crisis, the autocrat of Russia seems blissfully disconnected from any sense of responsibility for enacting them. Convinced that his closure of the state vodka monopoly will increase the ‘energy’ of his people even as it drains his treasury, Nicholas II is exactly the wrong person to solve Russia’s burgeoning energy crisis before it results in a cascade of collapsing material systems. He regards piety and morality as forms of energy — fuels which can defeat the effective blockade on Russian ports through the power of divine favor alone. 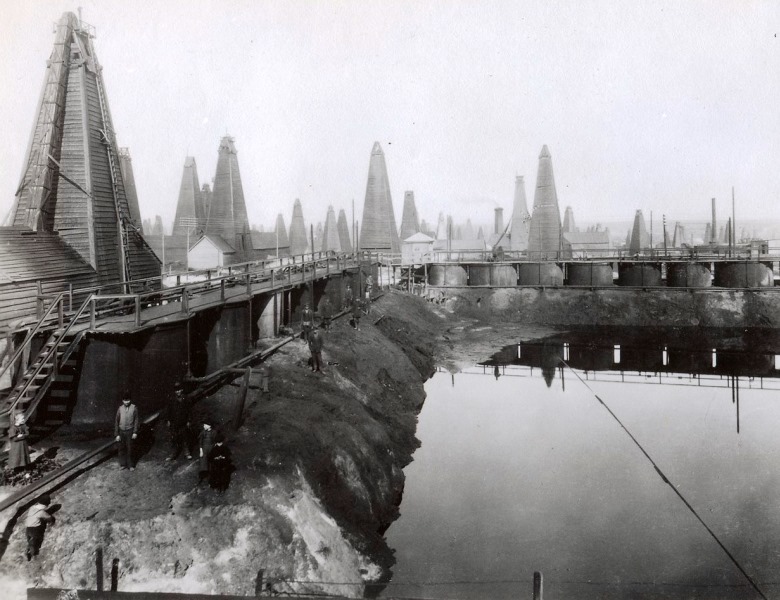 Industrial sacrifice zone: oil retention ponds at Baku oilfield capture the overflow from gushers to be scooped up and sold later. The wooden structures are weatherproofing to keep snow and ice off of the metal drilling derricks

Although Russia is only a very minor coal producer in 1915, it is the world’s second largest oil producer. Seven-eighths of all the world’s diesel-powered boats are in Russia, and the widespread use of diesel engines for motor transport has helped spur development by increasing domestic demand. Dozens of tankers already ply the Caspian Sea. Yet the modern hydrocarbon facilities at Baku were also the scene of the first worker strikes in 1914, which spread to the major cities and resulted in thousands of work stoppages during July.

Many historians consider these events linked to the war, proposing that Nicholas interjected himself in European affairs to stave off revolution by incurring a wave of patriotic fervor, and there is much to recommend this argument. But now that the land is at war, there is another problem — one that Russia ought not to experience at all. Due to the railroads being overwhelmed with wartime shipping, and the continuing drain of peasants from the wheat fields to the battlefields, a food crisis is starting to take shape in Russian cities.

Prices are rising, and soon they will outstrip wages. By the end of the Summer, industrial productivity is dropping even faster than before as the workers leave their factories to find affordable food, often by returning to their home villages. Many frustrated workers eventually leave the city altogether and return to the land for good, at first in a trickle, then later in a flood. By 1917, rations of food and soap are necessary to keep men on the job, and it is easier to buy food with salt or matches than money because they are both so rare, and money is so worthless. 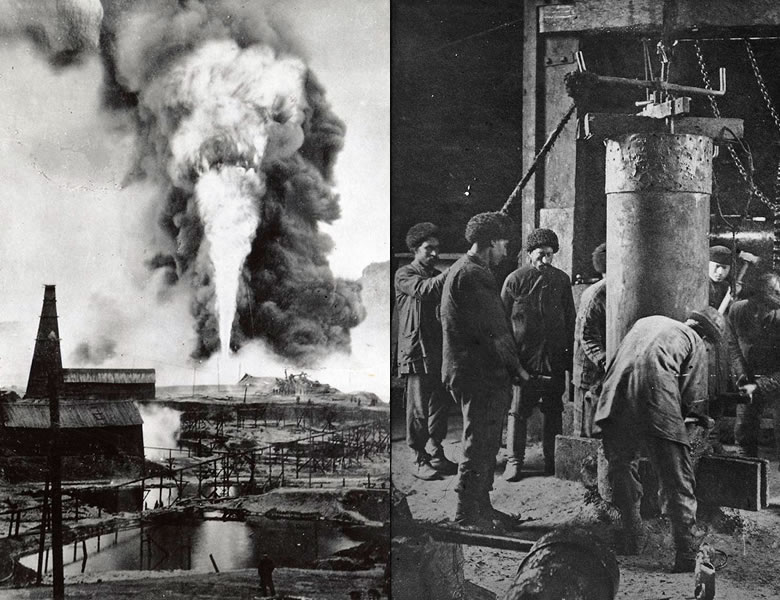 Dirty jobs: work at the Baku facilities was very dangerous and workers were paid very little

The biggest shortages turn out to be the smallest things. For example, farmers, miners, and factory workers are all experiencing a shortage of tools. Prior to the war, Russia imported most of its machine tools and hand tools, but with ports closed by war or ice it is impossible to replace them. Shovels, hammers, drills, lathes, and all manner of items essential to civilization start wearing out, with replacements too expensive or nonexistent, affecting the productivity of farms and factories alike. Hungry coal miners with dull picks produce half as much coal as well-fed ones with new tools can, so even though the number of workers in the mines is doubled, productivity still falls.

This formula is repeated throughout the empire on scales large and small. As the transportation system collapses from worn-out locomotives, so do the fuel and food and raw material distribution systems that allow workers to build new railroad engines. None of the Tsar’s “energetic measures” can prevent this feedback loop from destroying the country — indeed, they will do at least as much harm as good. 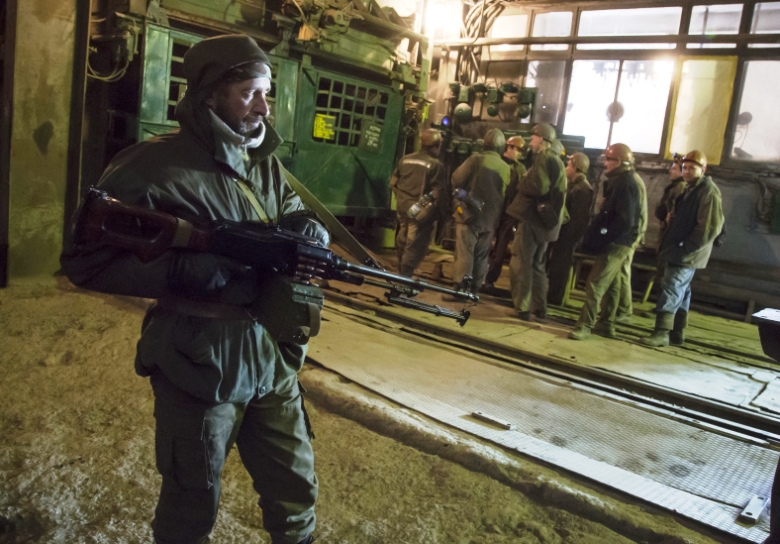