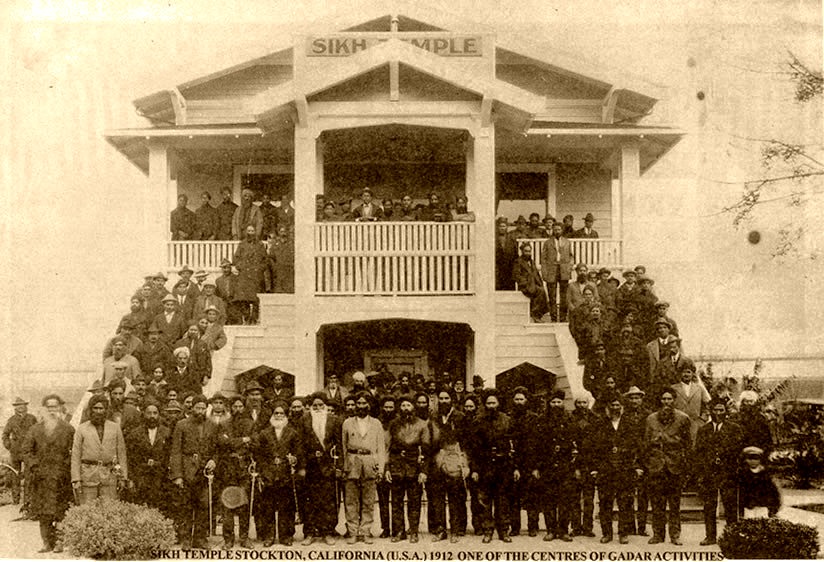 “Fifty-six years have elapsed since the last mutiny of 1857,” the journal Ghadar declares, referring to the infamous Sepoy Mutiny. “Another one is due.” As the flagship publication of the Ghadar Party, a revolutionary organization that advocates violent insurrection against the British Raj, the Ghadar calls for a pan-Indian mutiny in the British Indian Army, and they are not just being idealistic. Indeed, with the help of German, Ottoman, and Irish agents, the Ghadar Party (GP) has already been hard at work for months now laying the groundwork for armed rebellion from Punjab to Singapore.

It is an age of anarchists, upheaval, and political terrorism. An assassination last June sparked the Great War, while the first months of the conflict have been marked by acts of treason, attacks on civilians, rebellions, and widespread fears of espionage. There is enough scheming and conspiracy abroad in 1915 to satisfy any modern screenwriter, but the story of the Ghadar Party plot stands above them all. GP — also known as the Hindi Association of the Pacific Coast — straddles the globe from Hong Kong to Shanghai to Vienna, with one foot in the United States of America. 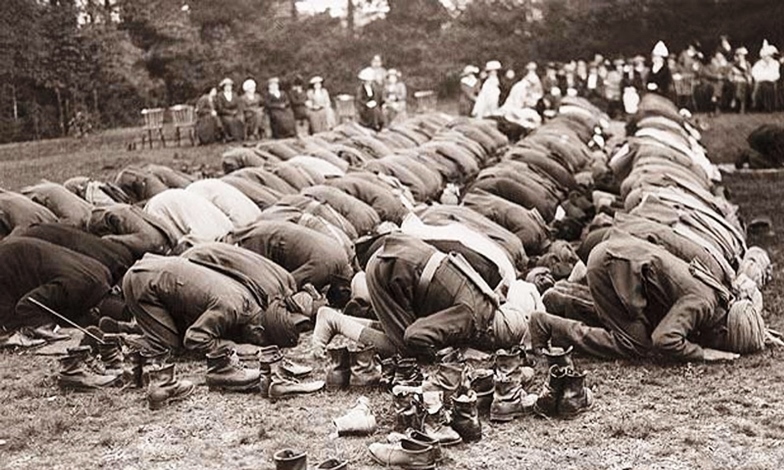 Baluchi Muslim soldiers of the British Empire pray at the Shah Jahan Mosque in Woking, England

Centered around San Francisco, a major center of Irish and Indian nationalism, GP is a non-sectarian organization that unites Sikh and Muslim and Hindu in a desire for Indian liberation. GP recruits without regard for caste, attracting mill and field laborers in addition to the cluster of South Asian intellectuals at Berkeley. Their opposition to prejudicial ‘exclusion laws’ in the United States and Canada is less controversial than their message of ghadar (revolution), a platform that somehow never arouses much fear in Americans since it is aimed at a distant empire’s foreign dominions.

One of the intelligentsia is Tarak Nath Das, an Indian student radical and expatriate who became a doctoral fellow last year. He is in Berlin today meeting with fellow Ghadar leaders to discuss plans for an uprising in Afghanistan. It is just one of many grand plots the GP is hatching against the British Empire along with their friends in the Central Powers. German participation in these affairs was personally authorized by Chancellor Bethman-Hollweg in early September; German agents have actively assisted GP around the world ever since, including the United States.

When Tarak first came to North America in 1907, he was followed closely by W.C. Hopkinson, an Indian Police officer born to an English father and a Punjabi mother. Ostensibly on leave, Hopkinson was actually recruited by the Criminal Intelligence Division to shadow Tarak and other radical independence activists to the Pacific Coast and monitor their activities. Hopkinson succeeded in getting Tarak expelled from Canada the next year. Tarak resettled in San Francisco, but Hopkinson remained at his post.

Then in 1914, a wealthy Indian activist associated with GP chartered a ship in order to challenge Canadian immigration restrictions. The Komagata Maru, a Japanese-flagged steamship carrying 376 mostly-Sikh passengers, arrived at Vancouver in May, where they were refused entry. After sending his own Punjabi agents on deck with a pretext to gather infromation, Hopkinson wired London and Ottawa to inform them that GP members were on board — information which hardened the government’s line. The boat was finally forced to return to Asia on July 23rd without any of its passengers ever being allowed to step onto land.

Putting their rhetoric into action with the outbreak of war, the Ghadarites struck back with violence. Two of Hopkinson’s men, Harnam Singh and then Arjan Singh, were murdered. A third, Bela Singh, was arrested for shooting two Ghadarites, but then claimed self-defense. On October 21st, as he waited outside the courtroom to testify in Singh’s trial, Hopkinson was shot and killed by Mewa Singh, a Ghadarite gun-runner that the intelligence agent had tried to turn double since July. 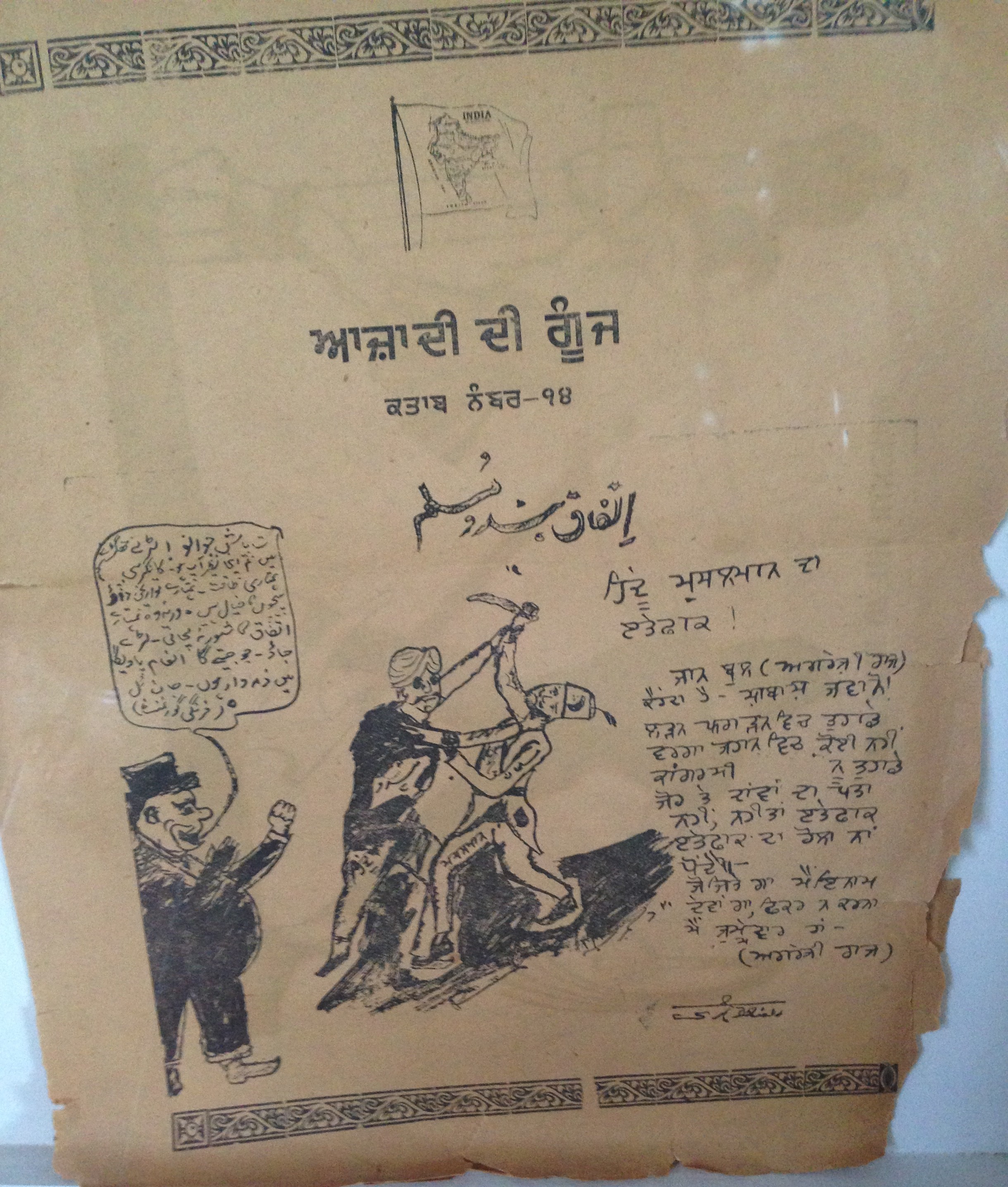 The GP had planned to incite a mutiny today in the 130th Baluchi Regiment, a mostly-Muslim unit that had been transferred from Bombay to Rangoon in November as collective punishment for the murder of an officer. But the plot was broken up on January 15th by separating the constituent battalions, so instead of rebellion there are trials. Of the 199 soldiers court-martialed, four are hanged, sixty-nine receive life sentences, and 126 are sentenced to various prison terms. None escapes a guilty verdict.

Raj censors have already seized thousands of copies of Ghadarite literature being smuggled into South Asia. Printed in Gujarati, Hindu, Urdu, and other languages, they are being distributed by Turkish agents who want to ignite a global Islamic jihad against the British Empire and its allies. There has been a steady stream of GP members returning from North America and elsewhere to foment a revolution, but most have been swept up on arrival. Feeling the heat, the would-be revolutionaries move their center of operations from Amritsar, far in the Northern heartland, to Singapore in the first week of February. There, they attempt another, slightly more successful insurrection.

Meanwhile, British intelligence is undergoing an evolution. The ‘home section’ or Security Service, also called MO5g, is led by Captain Vernon Kell, who is known by the initial ‘K.’ His organization will be renamed MI5 in 1916. While Kell began the war with a dozen personnel, he will end the war with more than eight hundred agents on his staff. The ‘foreign section,’ or Secret Intelligence Service (SIS or MI1c), are led by Commander Mansfield Smith-Cumming (known as ‘C’). His agency will be renamed MI6 after the war. Both men’s offices are currently overshadowed by the Naval Intelligence Division, the Indian Police, and Scotland Yard, but all of them are involved in operations against the Ghadar network — even in San Francisco, Los Angeles, and Washington, DC.

Initially, the GP’s covert war with the British Empire — and the resulting British operations on American soil — cause the US government to open investigations into neutrality violations by both sides. However, by 1917 London and Washington will have reached a brand-new level of trust, a development that abides in our time as a very close Atlantic relationship, and it will largely be due to the machinations of German spies and the GP.