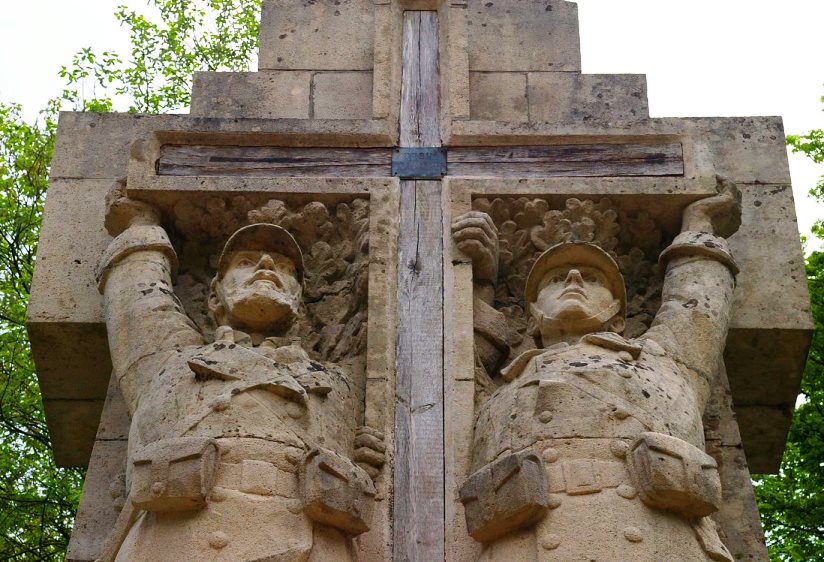 Legend has it that the Father Hilarion spring near the Croix des Carmes became a neutral place where both French and German soldiers filled their canteens. Like the impromptu exercise in resolved cognitive dissonance that was the ‘Christmas truce,’ this is another happy fable with no basis in reality. While fighting did rage at the location at the end of October, it was never inside no man’s land.

Indeed, nowhere on the Western Front are the front line trenches so close together as they are in this sector, so this legend is actually a kind of joke. A century ago today, the hilly area near Pont-a-Mousson on the Moselle River, the Bois-le-Prêtre (Priest’s Wood, or Priesterwald in German) is the southern elbow of a bulge in the German line that points to the southwest. Named for the city of St. Mihiel at its heart, the St. Mihiel Salient has become a major focus of operations for the French high command. As staff college officers might say, ‘the operational tempo is elevated.’

There has been fighting here since September. By the beginning of August, each side will have lost seven thousand men and suffered more than 20,000 casualties during more than 130 offensive operations along a front about two and a half miles wide and roughly 2000 acres in size. Because of its strategic position, this sector sees some of the most ferocious fighting on the Western Front. 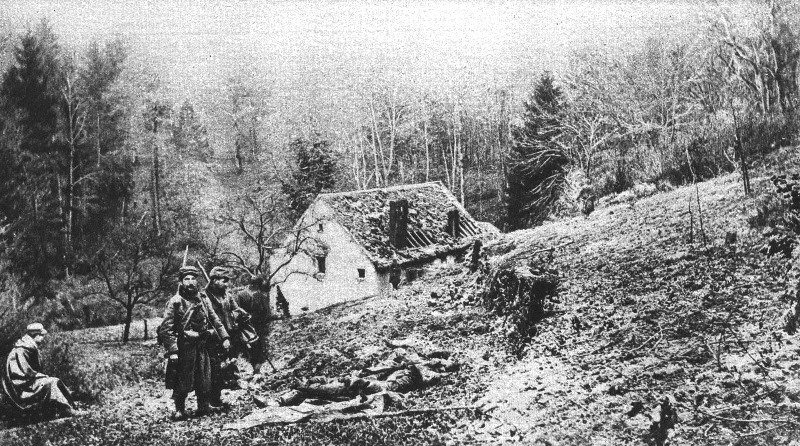 Taken during the fight for Bois-le-Prêtre in December, before entrenchment took hold. Note apparent shell damage to the home

Two battalions of the Toul Mixed Brigade are attacking today in a bid to seize the Croix des Carmes, the highest point in the sector. The operation opens with a sustained bombardment of the German trenches. Lightly manned, the survivors emerge from their shelters and inflict casualties; the machine guns are particularly busy, yet the defenders are soon overwhelmed. Though the French are able to fight off a hasty counterattack, a deliberate attack on the 20th dislodges the 168th and 353rd Reserve Infantry with heavy losses. A series of attempts to gain each other’s trenches will last six weeks.

In March, the Germans fire five mines under the Croix des Carmelites. They advance to occupy the cratered hill, but the 167th RI expels them by the afternoon. The technologies of the Great War — mass-produced barbed wire, high explosives, rapid-firing cannons, machine guns, and primitive aircraft — simply tend to promote the defender rather than the attacker, a truth enhanced by this rugged terrain. Germany will introduce gas and flamethrowers in the Priest’s Wood. Shrapnel, fighting, and the effects of the gas render Bois-le-Prêtre virtually lifeless, yet the Frenchmen still hold. In turn, they blow up saps and use every available innovation of destruction in a failing effort to dislodge the invading Huns.

It is not for nothing that under the command of General Henri Lebocq, the French 73rd Infantry Division has already become known as the les loups de Bois-le-Prêtre — the Wolves of Preist’s Wood — for the progress they made here against the 121st Infantry Division in November and December. It is not for nothing that President Raymond Poincaré will visit this sector of the front in July. By the end of Summer, both armies are exhausted from trying to win here, and a new kind of war is settling in. 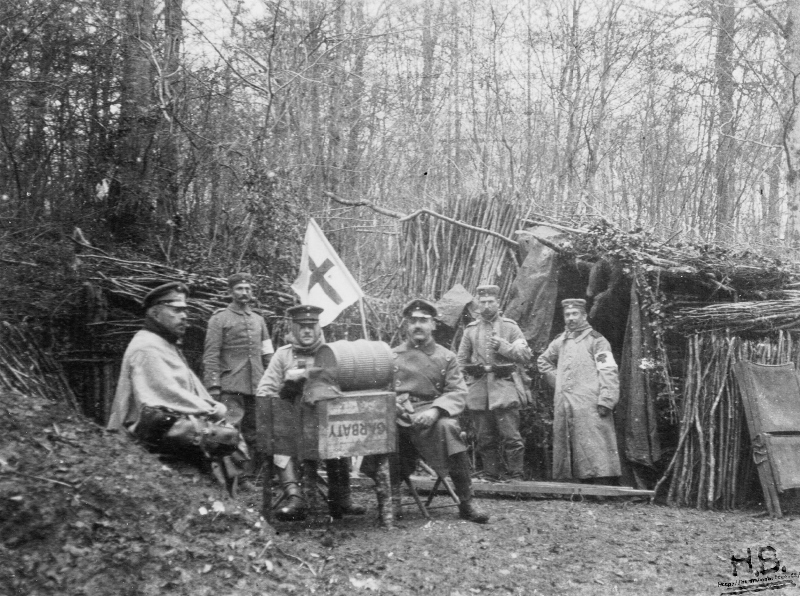 A German aid station in the Bois-le-Prêtre from November or December; note the makeshift desk for processing casualties. ‘Garbaty’ brand tobacco was owned by Josef Garbáty-Rosenthal, a Jew who was later forced to sell his company to the Nazi regime. The company survived the war in East Germany, but RJ Reynolds bought the brand and liquidated it in 1991

As the 16th Colonial Infantry fights off a German offensive in August, camouflaged observation posts begin to spring up on both sides, who are often separated by less distance than a thrown grenade. The Germans lay concrete blockhouses and capture a spring to create a laundry. Bunkers and shelters harden the men against artillery fire. Until 1918, when the sector is taken over by American troops, operations here will never have the same intensity — not even during the most pointless bloodletting in the St. Mihiel Salient, or the Battle of Verdun — despite hosting eleven different French divisions.

Several local villages are permanently destroyed by the war. As a ‘red zone,’ this area is deemed too expensive to rebuild for its having been so lightly settled beforehand. It is therefore one of the better-preserved battlefields of the Great War and a monument to the colossal waste of this conflict. 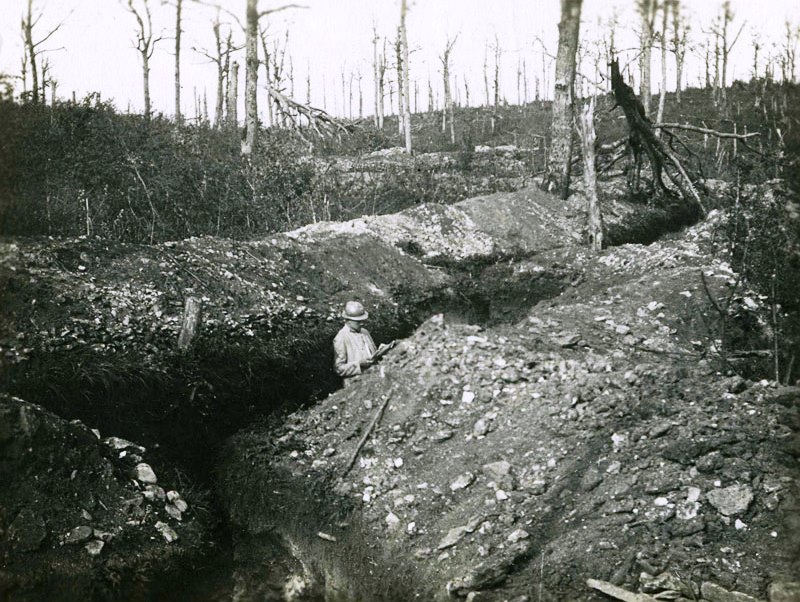 A French soldier reading a newspaper in a trench at Bois-le-Prêtre much later in 1915. Note the helmet