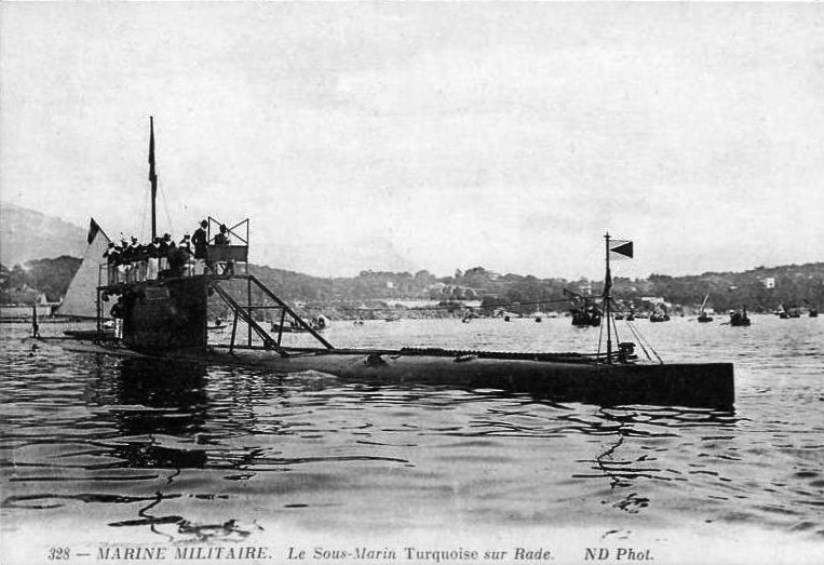 Unlike the British Navy, whose sailors bear a prejudice against submarines for ‘not playing the game,’ or the German Navy, whose architect was slow to appreciate the value of U-boats, the French Navy is not content knowing its submarines by pennant number alone. Thus Q46, seen above, is known to her sailors as the Turqouise, while her sister sister ship Q44 is the Saphir. At 6 AM today, Lieutenant Commander Henri Paul Leon Fournier orders the Saphir‘s crew to dive as they approach the Dardanelles Strait. Coming up to periscope depth ninety minutes later, he corrects his course, dives to 22 meters, and pushes on through the Turkish minefields. His objective is the Sea of Marmara, the body of water lying between the Strait and the Golden Horn, where he will attempt to duplicate the spectacular success of the British sub B11 when she opened allied operations here in December.

As the Saphir passes through the danger zone, two mines are deflected by guards installed on the outside of the boat. But then a defective mounting rivet breaks on the starboard side, causing a leak. The pump used to clear the bilge stops working, and as the crew works to restart it, Fournier’s gyrocompass stops, leaving him unable to navigate submerged. But he dares not risk the surface in the middle of a minefield that is guarded by shore batteries. With little information on the currents, he chooses to dive deeper and sail on until 11:30 AM.

Though he does not know it, he has almost reached Nagara Point, eighteen miles from his intended destination, when he decides to clear his ballast tanks. Suddenly, the seawater in the bilge sloshes backwards, putting the Saphir at a forty-five degree  angle to the bottom of the channel. The boat is now sinking, and when the water reaches the batteries, they discharge poisonous gas. Then the stern of the boat strikes the mud at a depth of over two hundred feet, and the Saphir shrieks as more leaks appear. 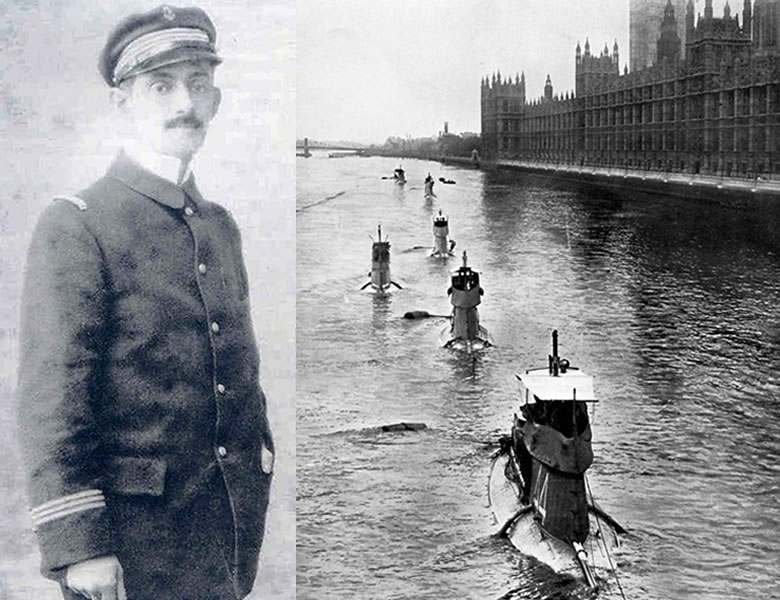 Left: Lt. Cdr. Fournier. Right: the Saphir and her sister ships sailing past Westminster in 1909

Fournier does not panic. Following a rigorous checklist, he tries to raise the sub by blowing compressed air into his ballast tanks. When this fails, he elects to blow the security seals, dropping his anchors and chains to become a cork shooting up through the water. The Saphir pops out onto the surface of the Strait in a blast of spray, well past the danger of mines but in full view of two Turkish gunboats. They open fire almost immediately.

Unable to dive again without his anchors, Lt. Commander Fournier now turns the Saphir away from shore in a bid to sink his boat in the deepest water he can reach. He orders the ballast intakes opened, the scuttling cocks turned, and his code books destroyed; then he sends the crew out on deck, where many of them brave incoming fire to jump in the water and swim for shore. Of the twenty-seven crewmen on board, eleven are picked up by a small launch while two make it to shore; three bodies are recovered.

Fournier goes down with his ship, stoically refusing to surrender or abandon her to the enemy. Three prisoners are later allowed to attend the funeral of Chief Bône, which is performed by the pope of the Greek church and photographed for propaganda purposes. Then the prisoners are put to manual labor at a POW camp for the duration of the war. 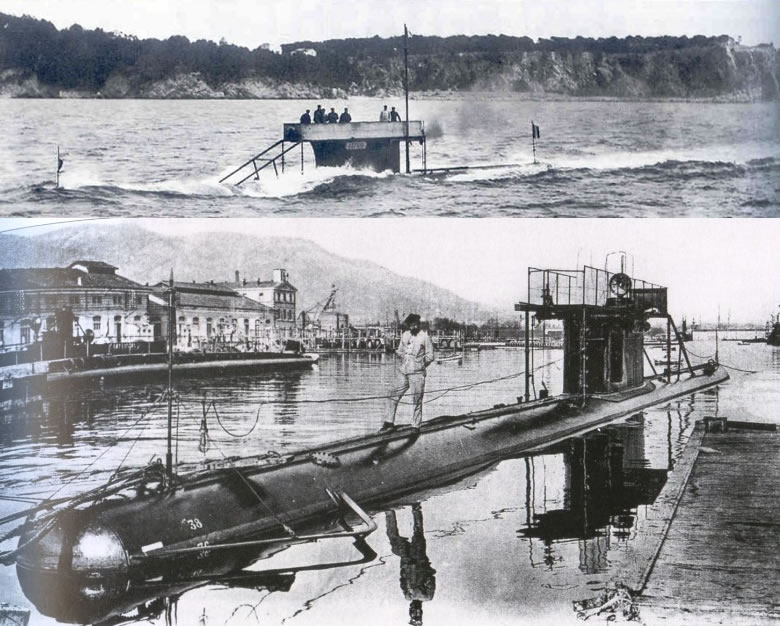 Four days ago, Winston Churchill received Vice Admiral Sackville Carden’s plan of operations for the Dardanelles. Churchill, who wants to force the Strait through naval power alone, is impressed by Carden’s methodical plan to bombard the Turkish forts, clear the minefields, and sail all the way to Constantinople, potentially knocking the Ottomans out of the war and giving Russia the year-round maritime access that Tsars have coveted for centuries.

It is worth noting that aside from some amphibious operations to keep bombed forts from being resurrected, Churchill and Carden do not envision landings in force. Started with the best possible intentions, and planned with the objective of saving lives, the Gallipoli Campaign is not supposed to require many ‘boots on the ground.’ Fournier’s death today suggests the task will be much harder than they think. 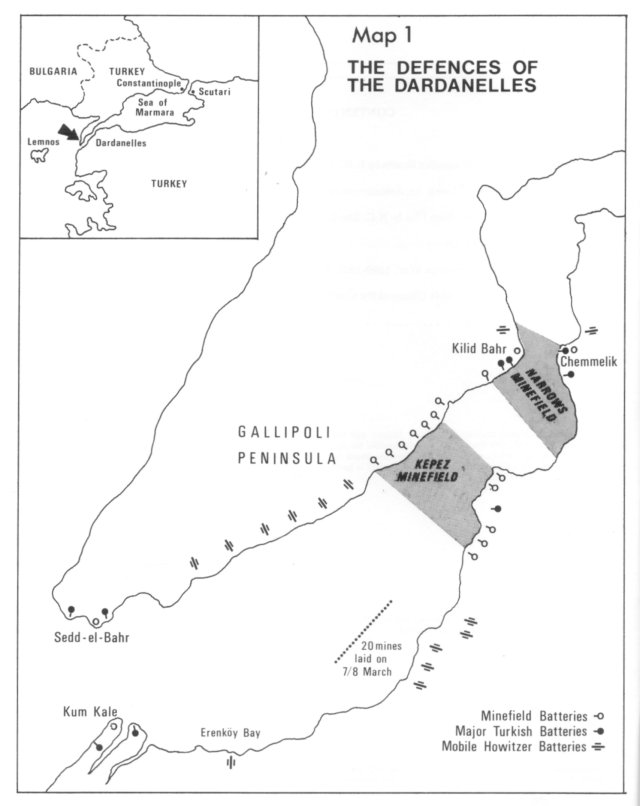 A basic map of the naval campaign for the Dardanelles. Via the South African Military History Society