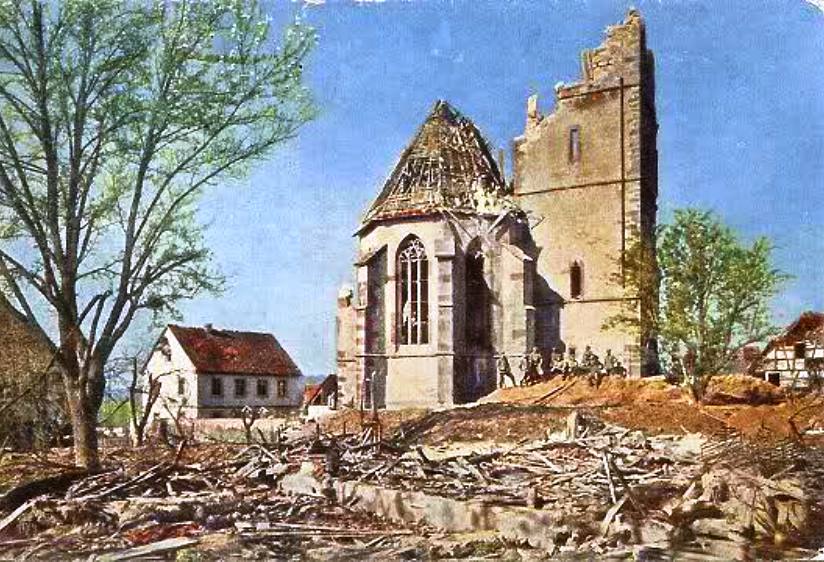 “John Welter, a retired contractor of Wilmette and Evanston, is a German. Mrs. Welter is French. They are suing each other for divorce in the Superior court.” So began a Page 3 article in the Chicago Tribune four days ago:

Mrs. Welter filed suit for divorce on Sept. 6, 1913, alleging cruelty. Welter filed an answer and a cross bill for divorce charging his wife with attempting to gain possession of his property. According to Mr. Welter, who is 68 years old, they were married in 1871 at Metz, Alsace-Lorraine.

Mr. Welter says as long as he brought home fat pay envelopes his wife was agreeable, but when times were bad she nagged him continually and insisted on having property transferred to her name. On Labor day in 1902, he alleges, she burned their home on the west side of Evanston. On Aug. 27, 1913 she informed him she had deposited $400 in a bank in Wurtemburg, gave him money to pay his passage and urged him to go to Germany, draw the money out, and visit with his old friends.

Mr. Welter says he went to Germany and drew the money and spent it. He recovered much of his old time health. He was in a weakened mental condition when he went abroad, he avers, and his wife sent him to Germany in the hope she might obtain a divorce by default during his absence. But the war spoiled her plans, for he decided he would rather come home than fight. He received a regular Rip Van Winkle reception, he said. She ejected him from her residence at 2755 Reese street, Evanston, one of his properties made out in her name, and he was compelled to live with his son, Charles Welter, in Wilmette.

Charles Welter and his sister, Mrs. Anna Weiss of 917 Sixteenth street, Wilmette, are said to have sided with their father, while two other children, Hugh Welter of Evanston and Mrs. Mary Borre of Wilmette, have sided with their mother. Mr. Welter asks that deeds held by his wife be set aside, that a receiver be appointed to collect the rents from his estate, that his wife be compelled to make an accounting, and that an injunction be issued restraining Mrs. Welter from further monopolizing his rights.

Metz and the provinces of Alsace and Lorraine became German possessions after 1871. France has raised an entire generation of youth to regard the lost territories as ‘unredeemed,’ giving us the word ‘irredentist’ to describe movements which seek to change the nationality of regions. Nations and separatists do not have a divorce court; they cannot invoke the rule of law through injunctions and motions. Social discord is a given, even in the most peaceable of separations, as sectarian divisions harden and families get torn apart. The Great War has already split people apart all around the world, but no place has witnessed greater personal tragedies than these contested lands.

Ever since the first battles of the war, when France invaded the lost provinces north of the Swiss border and received a bloody repulse, light infantry has held the heights of the Vosges Mountains while regular battalions have held onto the only small slice of still-German territory that they have conquered. Today, the 57th Infantry Regiment opens an attack on the villages of Burnhaupt-le-Bas and Burnhaupt-le-Haut behind a curtain of artillery fire that lasts until noon. Supported by battalions from three more infantry regiments and a reserve (Territorial) regiment, the assault presses the German defenders hard in a west-to-east direction, making what appears to be progress. 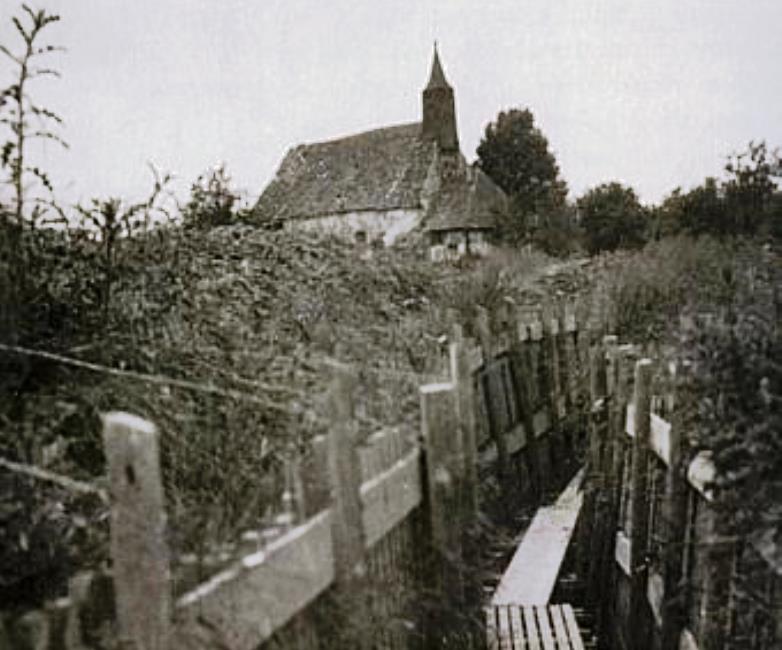 A communication trench at Burnhaupt-le-Bas. This and the next three photos via PierresWesternFront

The Frenchmen take their objectives under fire, suffering high casualties. But they are pushing right into the very carefully-planned defense-in-depth of the 40th Landwehr Infantry Regiment. Lying between the front and secondary lines of defense, both villages were finally evacuated on the first day of the new year in anticipation of just such an attack, for German intelligence has seen the gathering of units across this stretch of front. Now the French poilus find themselves under defensive artillery fire when they advance on the train station, killing hundreds of them at a stroke. Machine guns sweep open areas; the bombardment has failed to suppress resistance.

Artillery spotters remain at their posts, such as the church steeple at nearby Ammerzwiller (see postcard at top), but German reinforcements soon arrive, and then the fight is too hot and close for artillery support. By the end of the first day, 3rd battalion of the 173rd Infantry Regiment has lost a fifth of its strength, while the 57th has lost nearly a quarter. The unit war diary entry for the 9th does not even record the number of dead and missing, for there are too many. The battle therefore proceeds like so many fights along the Western Front: it is easy enough to seize a patch of ground at a high price in blood, but so much harder to keep it, and often not at any price.

Tomorrow, the 110th Landwehr Infantry Regiment arrives from nearby Schweighouse and Heimbrunn, stopping the French advance cold. Overnight bombardment leaves the entire town burning. On the morning of the fourth day, the attackers are forced to retreat to Guewenheim and Soppe-le-Bas, their starting line for the operation, having gained nothing at the cost of hundreds dead, as many wounded, and hundreds more captured. The crack 57th Infantry Regiment must be completely reorganized before it can return to the line. The Germans have suffered far smaller losses by comparison, since they wisely thinned out their front ahead of the attack. 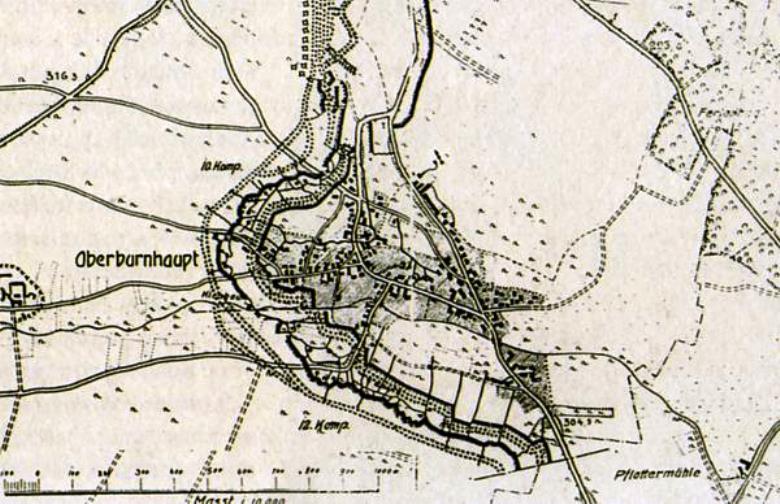 A map of Burnhaupt-le-Haut shows the trench lines west of town. French armies came to a halt here in September and the sector had remained relatively quiet during the hellish battles of October and November, becoming active again after Christmas

Official French sources will report the battle as a successful trap laid for the Germans, claiming to have destroyed an entire battalion of infantry. Unable to confirm or deny, newspapers will repeat the disinformation without comment. Such fantasies made ‘news’ are a prime example of the ongoing propaganda war, in which both sides are divorced from reality in describing the same acts of violence. The German side is usually reported flatly denying allied claims and making counterclaims. The loss, gain, or reclamation of a single trench becomes news, with both sides feeding the false impression of progress where there is none. Meanwhile, the German Army begins construction on an entire series of fortifications around Burnhaupt-le-Haut, with concrete blockhouses covering one another across clear fields of fire and communicating via light-signaling stations.

Taking its name from the German word Elsaß, Alsace has always been a culturally-German province. Only truly a French possession from 1766 to 1871, the people of Alsace have never been entirely comfortable as a part of either nation. Before the war, French hardliners were encouraged by protests against Potsdam’s authoritarian rule here; now Paris is suspicious of Alsatians, interning civilians who remained in France with the outbreak of war. After Versailles, France ignores the requirement to hold a plebiscite and forcibly reintegrates (or ‘redeems’) Alsace into the Republic. There are still some Alsatians who object to these events and would prefer to be divorced from Paris. 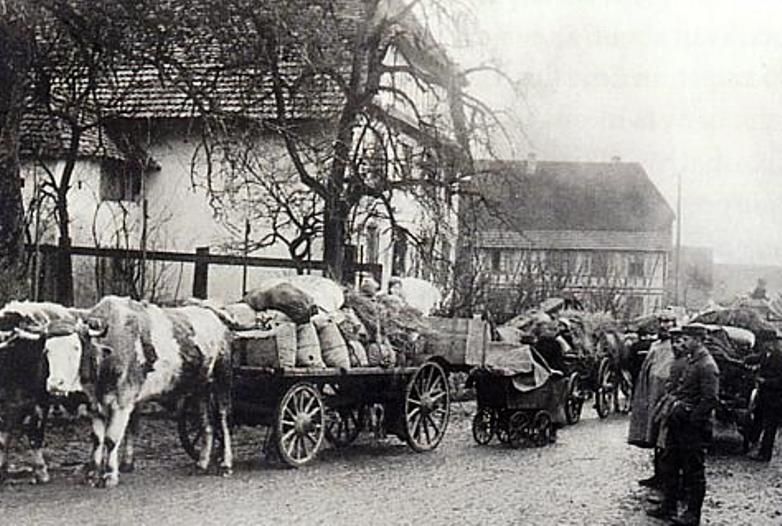 Refugees from Burnhaupt-le-Haut arriving in Heimbrunn on January 1st. Every front created displacement and refugee issues