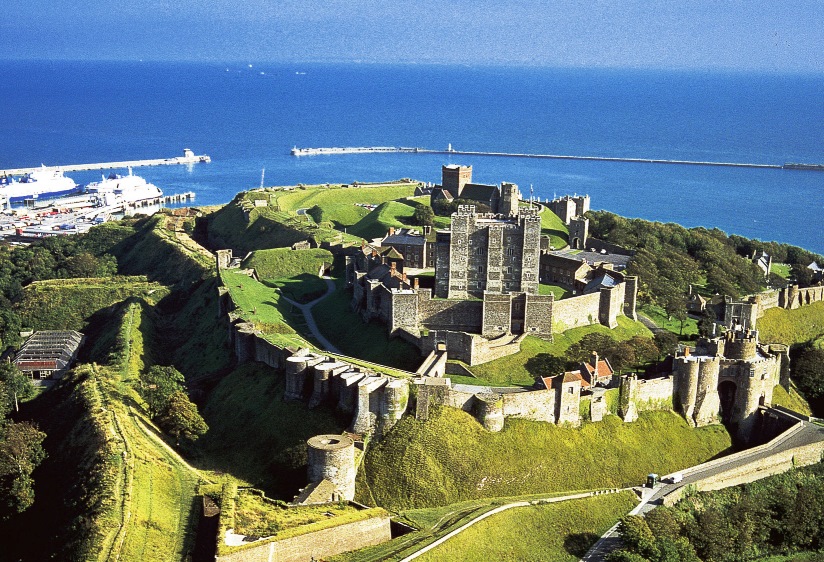 At lunchtime today, Lieutenant Hans von Prondzynski penetrates British airspace at an altitude of 5,000 feet. He has flown out of the new German seaplane base at the occupied Belgian port of Zeebrugge, where See Flieger Abteilung 1 ( Seaplane Unit No.1, or SFA 1) has begun daily operations to land a psychological blow on the British people. A few minutes later, Lt. Prondzynski reaches Dover and tosses a single 22 lb bomb out of the cockpit with both hands.

It misses his target, the famous Dover Castle, by 400 yards. Landing in the garden of St James’s Rectory, the blast of the bomb knocks a gardener from his tree and leaves the cook covered in broken glass. The physical damage is limited to some unlucky cabbages. This is the first of 113 raids that German aircraft will carry out on Dover during the Great War, killing just 23 and injuring 71. In fact, the Kaiser’s air war against Britain will cost about twenty-five times as much to wage as it causes in material damage, but Wilhelm isn’t trying to make a material difference with this raid.

Powered flight is the defining technology of the modern era, and air power is the penultimate military science of the 20th Century, yet the most ardent proponents of bombing have always been ahead of the technology. The airplanes of 1914 are simply not designed for dropping bombs with any kind of accuracy or reliability. Yet in these earliest days of ‘strategic bombing,’ the Germans are trying to create a moral impact with their payloads. Like the cruiser raid on the North Yorkshire coast a week ago that left hundreds dead or injured, Prondzynski has a mission profile for ‘frightfulness.’

It is not for nothing that the German press refers to SFA 1 as ‘the Hornets of Zeebrugge.’ 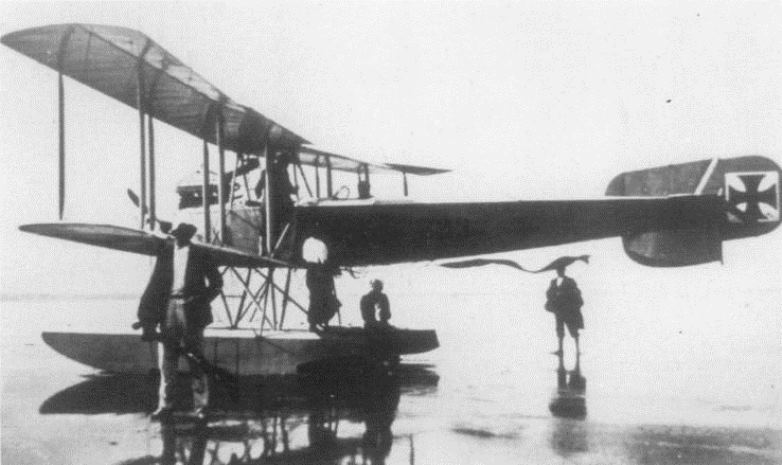 It is the second visit Dover has had from SFA 1. Three days ago, one of the FF29s tried to hit Admiralty Pier with two bombs; both fell into the water. Tomorrow, Oberstleutnant Stephan Prondzynsky follows the Thames River halfway to London before he is intercepted by 2nd Lt. Montagu Chidson piloting a Vickers Gunbus. His gunner, Corporal Martin, fires several bursts in the very first air defense engagement over British soil, but the Maxim jams after scoring hits to the FF29 fuselage and floats. Prondzynsky makes a getaway after dumping his bombs near the Cliffe railway station in Kent.

Despite the successful interception, or perhaps because of its failure to achieve a shootdown, these ‘tip and run’ raids soon draw press and parliamentary attention to the inadequacy of Britain’s current air defenses. With the new year, the first Zeppelin raids will increase the public alarm, and the British nation will learn to live with insecure skies. Lookout stations, elevated guns firing shells designed to burst at preset altitudes (flak), barrage balloons, blackouts, and air defense battles will become facts of life in the new normal. The war is no longer so far away.

Yet military and civilian leadership are already aware of the threat. Anxiety over the Zeppelin threat has already led to three raids on airship sheds at Cologne, Dusseldorf, and Friedrichshafen by the Royal Navy. In fact, three seaplane tenders are steaming for Heligoland Bight this evening to launch the Western world’s very first carrier strike on Nordholz Airbase tomorrow. 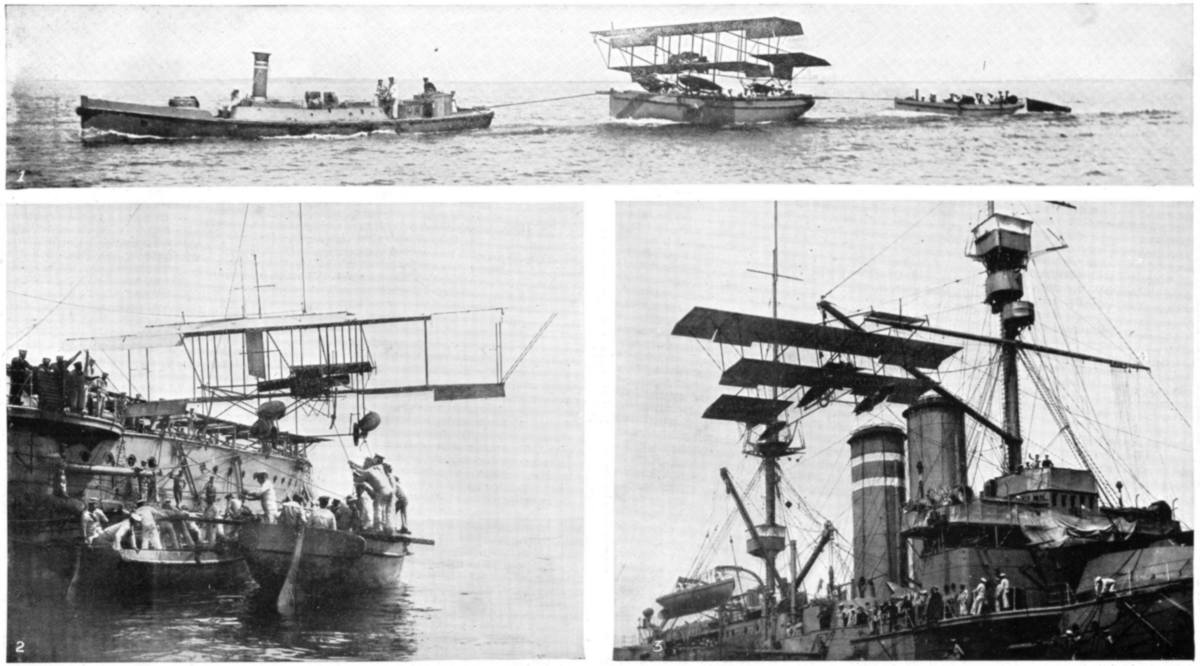 In a measure of just how unreliable these airplanes were, only seven of the nine aircraft put into the water tomorrow are able to take off. Freezing temperatures and cloud cover make the mission difficult to execute, and it is an incomplete success at best. Indicative of things to come, the German response is to sortie their own aircraft rather than the battlewagons anchored in the channel. Two Freidrichshafen seaplanes try attacking the tenders, but miss their targets; Zeppelin L6 aims bombs and machine guns at the HMS Empress, but does no damage.

The seaplanes barely scratch the airbase, and only three successfully return to their tenders. Three other crews are recovered by the submarine B11; one pilot is picked up by a Dutch trawler. Like the attacks being carried out by SFA 1, the Cuxhaven Raid is more proof-of-concept than grand execution. It will take time for the combatants to ‘scale up’ for total war in the skies — but they will get there before the war is done. In the meantime, the Kaiser’s proud and pricey battleships are moved further up the estuary for their protection.

We can discern two strategies emerging in competition and sometimes-cooperation: the deliberate bombing of civilian targets, and the precision application of firepower. By the end of the 20th Century, the horrors unleashed from bomb bays and wing racks prove so disturbingly destructive and powerful that precision firepower has come to dominate strategic planning and tactical training. Most of the munitions released by drones these days are only a little more powerful than the bomb Prondzynski tossed overboard a century ago.

Earlier this month, the Royal Navy commissioned its first dedicated aircraft carrier, the Ark Royal. Japan anticipated the Cuxhaven raid in September with its own seaplane attacks on the far eastern port of Tsingtao. With the exception of radar, all the key elements of modern air power are already in place one hundred years ago today — especially controversy. 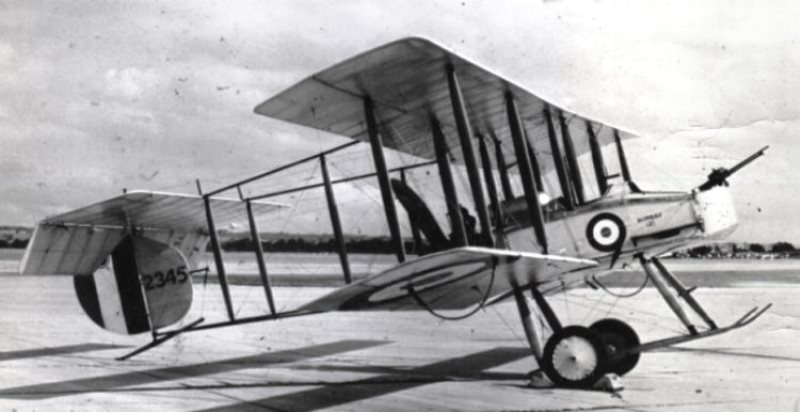 A Vickers F.B.5 Gunbus. These were some of the very few planes built to attack other planes when the war began; note the rear-mounted ‘push’ propeller, which makes frontal gunnery possible but leaves the crew vulnerable from the rear