In faraway Galicia, parts of which will later become Poland and Ukraine, the Hapsburg Empire comes close to defeating its Russian attackers, but nevertheless suffers a humiliating defeat near Lviv to match the disaster they have suffered in Serbia. In the Pacific Ocean, the island nation of Japan officially declares war on Germany and moves immediately to seize the Kaiser’s Asian possessions. Along the Sambre and Meuse Rivers, French armies under the command of Joseph Joffre push back against the German steamroller, incurring 23,000 casualties — the bloodiest day of the war for France.

But today belongs to the British Expeditionary Force at Mons, where Field Marshall Sir John French has rigorously applied the lessons of his country’s recent colonial wars by choosing to meet the Germans from a prepared defense. Along a twenty-mile front, his army has turned the embankment of the Mons-Condé Canal into an hasty rampart, used every mining spoil-heap for an observation point, and transformed every building and wall into a fighting position. Their preparations are imperfect: they don’t dig very deep, and in anticipation of crossing themselves the next day, they fail to wire the bridges over the canal. Nor do they clear obstacles to their fire on the northern bank.

Yet it will be the first time that anyone has checked Germany in the north of France, where half a million men are descending on Paris.

Britain’s standing army is small, but professional and well-trained. A great number of soldiers actually are capable of firing fifteen aimed rounds per minute from their Lee Enfield rifles, which boast larger magazines than the German Mausers. Though 1,638 British soldiers are killed, thousands more Germans die assaulting their prepared defenses, gaining only a tiny foothold during the day. At nightfall, the surviving attackers of General von Kluck’s First Army fall into their scrapes, exhausted from the hardest fight they have ever experienced.

But the victory cannot last because France is falling back. As French moves his troops to secondary positions for a renewed fight in the morning, the liaison officer to the French Fifth Army on his right flank returns with the news that General Lanrezac is retreating after two bloody days at Charleroi and Bertrix. The French Fourth Army is also falling back from useless bloodshed in the Ardennes. Altogether, forty thousand Frenchmen have died in the last two days, and the true size of the German force in Belgium has become clear. Finally sensing the danger incurred by his headlong rush to attack the Germans, Joffre has reluctantly called for a general retreat to new lines further South.

Unless they join the retreat, the British Army will be left exposed on its right flank. Unbeknownst to French, who is unhappy to withdraw, General von Kluck has already extended his own forces to the West of British lines. His troops evacuate Mons under scattered fire after first light, avoiding both the trap they know about and the one they don’t. 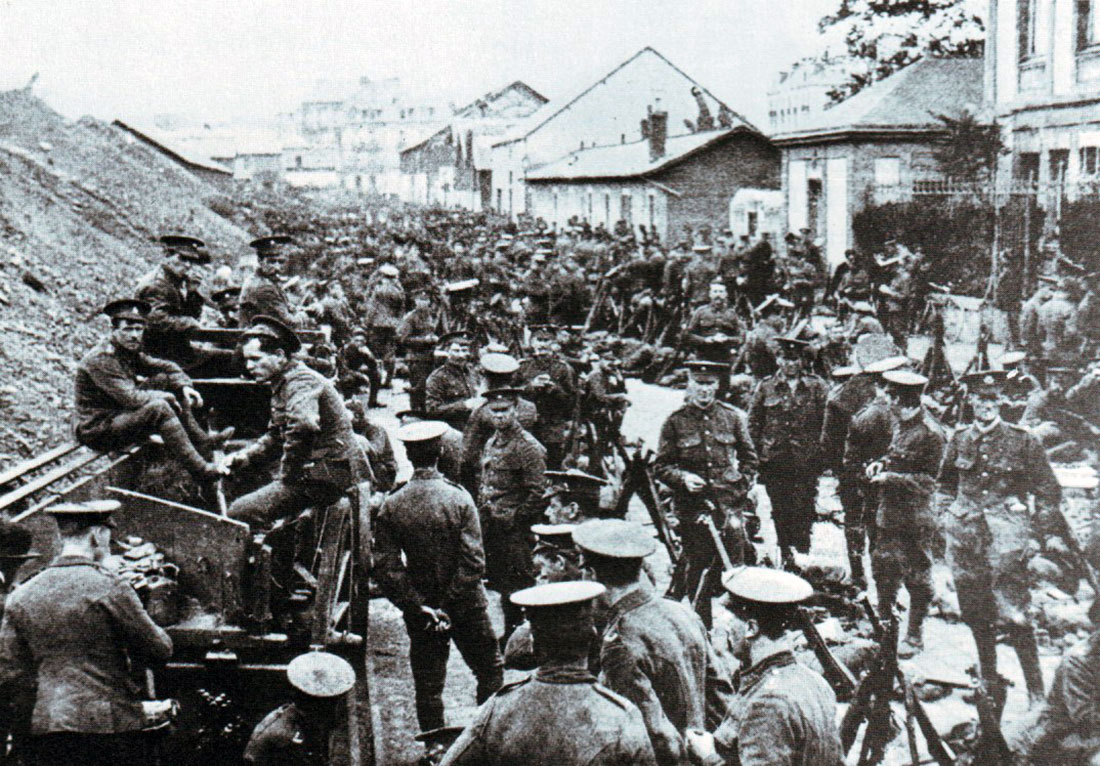 The British sense of victory at Mons is overstated, however. The tough fight had not shocked German morale; the body count has simply horrified General Bloem, an old man whose untested corps did the bulk of the dying today. Most British troops had no overhead cover, and began dying from accurate German artillery fire in the morning. Bridges and barges fell into German hands by the afternoon, making the second day’s fight a disaster for the BEF had it ever taken place.

The number of Victoria’s Crosses handed out for conspicuous gallantry belied the fact that much of the heroism would have been quite unnecessary with better planning. 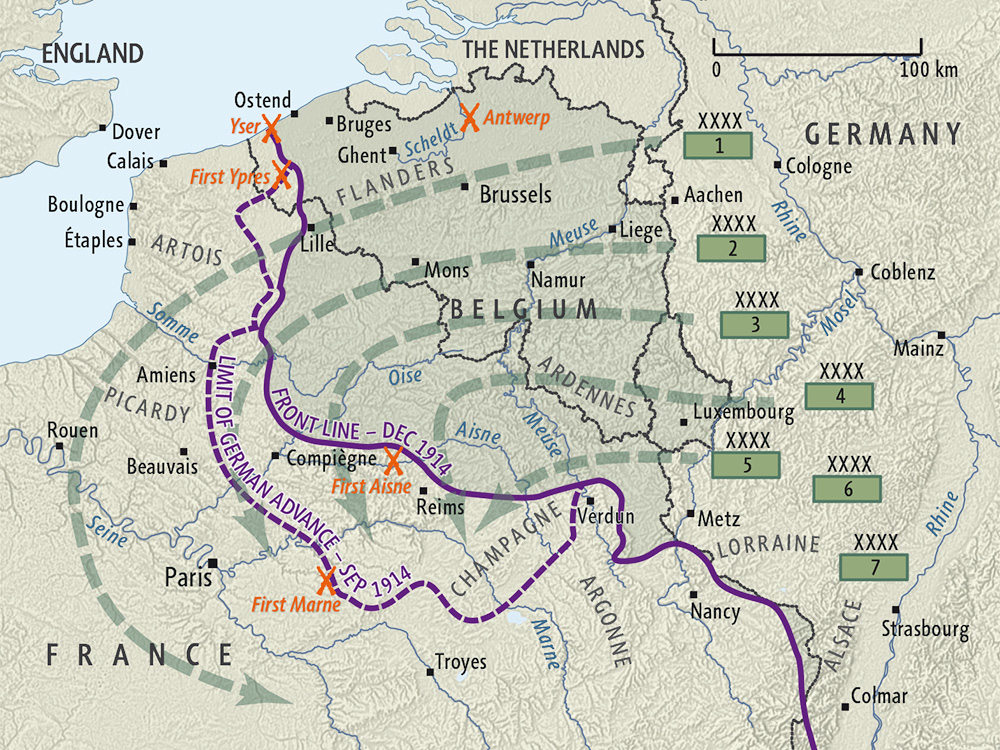 The BEF will withdraw towards the coast over the next several days, fighting sporadic rear-guard actions. They are too small to have any real impact on the German offensive, but like the small Belgian army which is fighting its last battle at Antwerp, the British will accept credit for upsetting the Schlieffen Plan. In fact, neither army has any effect on the execution of the plan by the Kaiser’s generals; not even French resistance is slowing the German steamroller yet. The Battle of Mons has more historical value than strategic significance but is gilded almost immediately by those with an interest in promoting a positive outlook on what will in fact be a very protracted conflict.