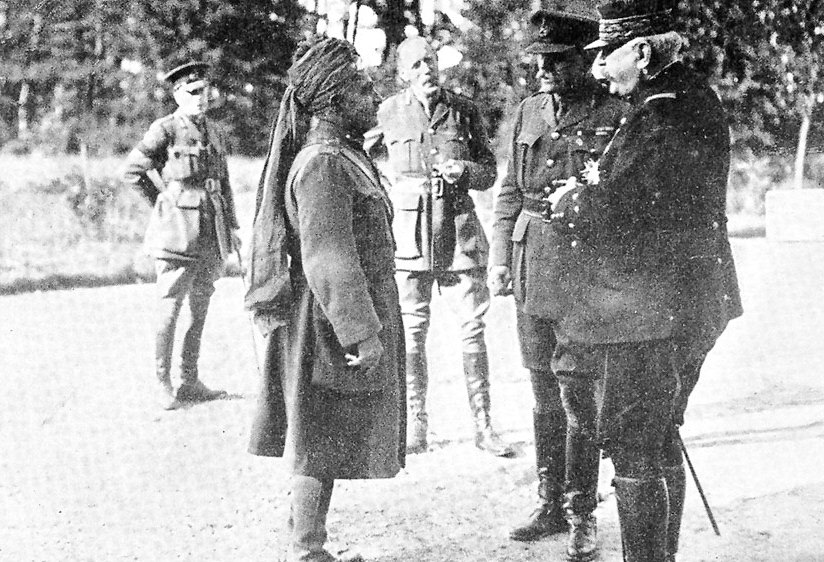 The princes of India never cared for large armies or armories before the Great War, seeing them as a drain on the treasury — and never reckoning they would play any role in faraway European wars. Now that they have committed to the ‘Empire War,’ these same princes are generous to a fault in providing men and arms for the effort. Factories in the subcontinent will produce 70 million rounds of ammunition, 60,000 rifles, and 550 artillery guns — a drop in the bucket compared to the European powers, but still far more than the Ottoman Empire or any German colony is able to produce.

Uncounted tons of jute thread will be woven for sandbags; millions of pairs of boots will be made from Indian leather; the low-grade Indian coal industry has already been nationalized, and the princes of India have already begun loaning money to London. By the war’s end, the British crown will owe its colonial suzerains £140 million. The Indian Army was just 155,000 strong in August, but it will triple in size by the end of the war. Indian troops have already fought in Africa, the Middle East, and on the Western Front, where the men of the Indian Corps are distinguishing themselves today against a far superior German force.

In the course of the Great War, there are several coalition campaigns worthy of study; few of them will go as well as this one. Maybe that is because the stakes are so high here, where the line was so thinly-held by the exhausted British Expeditionary Force when the first Indian divisions arrived at the height of the fighting in October. It is a very near thing, with no room for error, and so everyone must give their all. 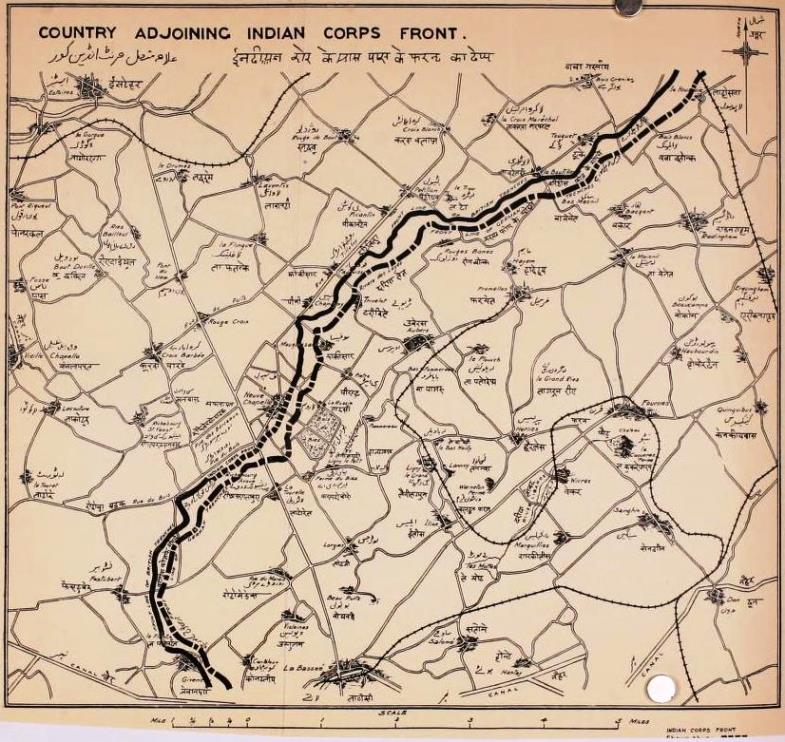 A map of the lines held by the Indian Corps, with French units on their right and British units in their line

Bled white by the savage fights of November, the Indian Corps has recently been reinforced by two Territorial battalions. The reservists of the 4th Suffolk and 4th Seafort are in the second line today as the Lahore Division continues a series of limited attacks on German forward positions; whereas the Kaiser has seemingly procured no shortage of grenades and trench mortars for his army, the princes of India did not send any, and the British Army began the war without large stocks of them — or the manufacturing capacity to supply them in the numbers necessary for trench warfare.

Thus, Indian troops are using improvised grenades made from tin cans to clear trenches, and as the barrage lifts, and 20,000 Germans advance in column, they have only their rifles and bayonets to defend the already-blasted scrapes that they just spend the last two days taking. These positions are immediately lost when two companies of the 4th Gurkha Rifles are directly on top of a German mine that craters the ground when it detonates. No one has ever trained the Indian Expeditionary Force for mine sapping, much less equipped them to detect or interdict the attack. The rest of the battalion’s positions are overrun by 1 PM, for the Germans attack with real grenades while the defenders’ improvised explosives mostly fail to detonate in the wet and muck. After the battle, IEF commander General Sir James Wilcox writes:

To suffer such losses and be ready again for battle within a few weeks needs discipline of a high order, and I was lost in my admiration of those gallant corps, which I had inspected only a few days previously in their full war strength, and saw again after their arrival in billets. The ranks were sadly thinned, but there was no sign of despondency and only determination in their faces. “Give us their hand-grenades and trench mortars,” said a Gurkha havildar to me, “and you will see some fun.”

Meanwhile, the Ferozepore Brigade is being hit hard at the French town of Givenchy. Two large bulges have appeared in the Indian Corps’s sector of the line by the afternoon, and the French units on their right are being hit just as hard. French and British reservists and Indian cavalry arrive to support immediate counterattacks in the IEF’s sector. The German push will last three days; at its end, nearly four thousand men have died to hold back the tide and restore the line. This is made possible by excellent coordination: Indian artillery and French artillery each support each others’ infantry attacks despite the language barrier. When the Indian Corps retires from the line again after Christmas, it is to the profound thanks and effusive praise of their allies. 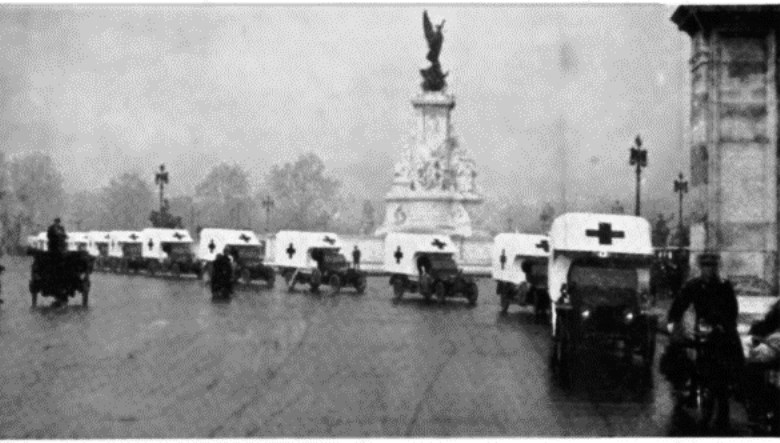 The Maharaja Scindia of Gwalior sent 41 ambulances, four officer cars, five trucks, and ten motorcycles to the front. After being reviewed by King George V, they arrived in time for the fighting today

All of India’s six wool mills have already been turned over to war production, but the men of the Indian Corps are still fighting in a hodgepodge of Winter clothing that has been sent to them by British housewives who responded to a public call for support. After this battle, they will recuperate and return to the line refitted for the weather in proper uniforms. Meanwhile, their homeland thousands of miles away is placing the entire wheat supply under state control. Like the rest of the powers at war, India’s princes have quickly realized they cannot meet the demands of this war by relying on free markets.

By the end of 1916, steel exports will be prohibited, and the Defense of India Act will give the government complete control of most means of production. It is the end of the first free trade era and the beginning of a period of protectionism; parliament has already passed a tax on imported sugar, and to continue financing the war, the government of Britain will agree to more than double the import tax on cotton textiles. With nearly four thousand casualties incurred by this battle, India is clearly paying a high price for such considerations.