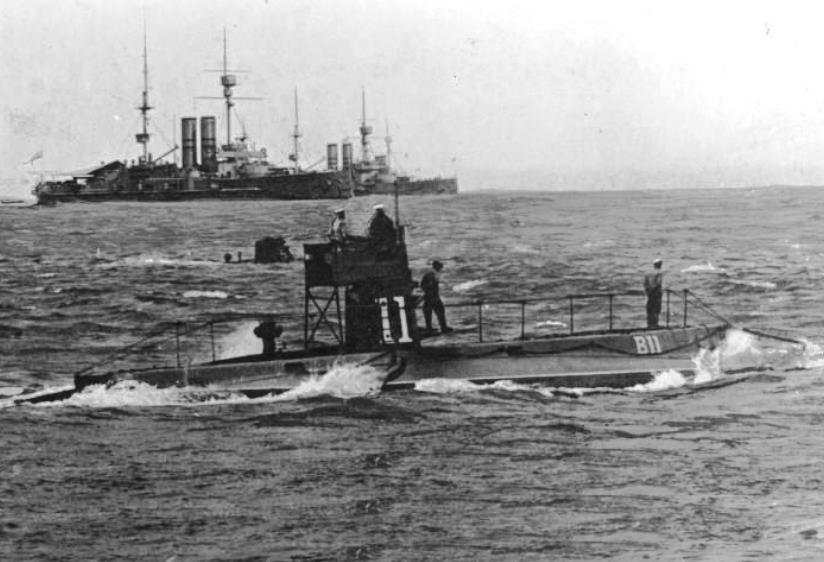 As a consequence of the Balkan Wars, Greece controls the island of Tenedos near the Dardanelles Strait in 1914. Although Greece is officially neutral, British and French warships are already operating out of the harbor at Bozcaada. Today, Lieutenant Norman Douglas Holbrook commands the submarine HMS B11 as she sets out for the Strait in darkness. She has been chosen for this mission above her two sister ships in the Agean because her battery is newer, and the plan requires every available ampere to remain submerged during a daylong operation.

Holbrook will pass through five rows of mines at the entrance to the strait — twice. B11 has been fitted with metal guards that are supposed to keep her from snagging on the mine chains, but as she nears the Strait the crew of thirteen determines that one of these improvised guards is already damaged, and removes it. They submerge only at dawn when they enter the Strait, braving uncharted currents.

London aims to land troops here in the new year, knocking the creaky Ottoman Empire out of the war quickly and handing over control of the Strait to Russia. Today’s mission is aimed at clearing and controlling the most heavily-defended naval zone in the Mediterranean for those amphibious operations. The Admiralty’s first step is to attack the Turkish surface threat to British minesweepers.

The Mesûdiye was an ironclad converted into a pre-dreadnaught battleship. The deck turrets are hard to make out in the deck awning shadows, but note the gun sponsons in the side; these vessels were already obsolete in 1914

Floating past the second turn, the Mesûdiye is a 39-year old ship that has already fought one losing battle to break the Greek siege of the Strait during the Balkan Wars. Now at anchor in Sari Siglar Bay as a static gunboat and signal station on the advice of German advisers, but over the objections of her captain, her crew is just sitting down for lunch below decks at exactly noon when a lookout spots Holbrook’s periscope in the water.

Gunners immediately open fire, but not before the submarine releases the torpedo that rips Mesûdiye open. As she lies in shallow water, however, the ship rolls over ten minutes later without sinking. As a result, only 37 officers and men from her compliment of 673 sailors die; the men trapped inside are rescued by cutting through her hull with welding torches.

The periscope of B11 draws fire from torpedo boats and shore batteries every time Holbrook changes depth to navigate his way back out of the Strait. The B11 does not resurface until she is safely out to sea again at the end of her nine hour mission, and then Holbrook makes best speed for Tenedos. Every member of the crew will receive the Distinguished Service Medal for this mission, and he will become the first submariner to receive the Victoria Cross. In 1916, a prize court will award each sailor three years’ pay for the sinking of the Mesûdiye. 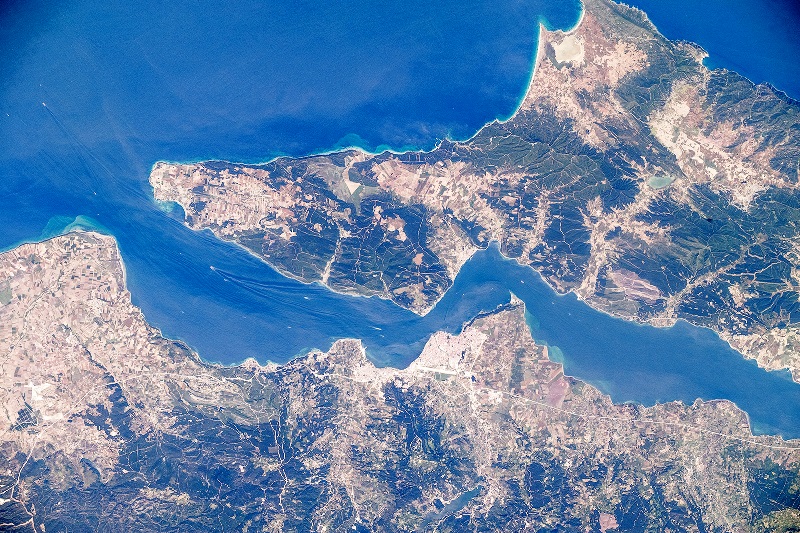 A satellite photo of the Dardanelles Strait. Sari Siglar Bay is the body of water on the right

While the B11 was a cutting-edge weapon when she was laid down in 1908, she is already obsolete in 1914. One problem is her periscope, which is a fixed length and does not collapse or ‘telescope;’ future submarines will use compressed air to raise and lower periscopes as needed. After relocating to Venice, B11 serves throughout the war, but then is broken up for scrap by the Italians in 1919.

One of the archetypal weapons of the Great War, the submarine advances by leaps and bounds over the next four years just like the airplane or the radio. New torpedoes, radios, and gyro compasses will accompany a host of chemical and marine engineering breakthroughs. The ‘ping’ of classic submarine films will be invented for communicating with Morse code while underwater. Submarines remain cramped and dangerous, yet there is never a shortage of volunteers to sail them for the British Navy, for they are such interesting boats to sail.

The Mesûdiye claims a measure of vengeance. Her guns are salvaged from the wreck, then remounted on a shore battery; in March, they sink the French pre-dreadnought battleship Bouvet during landing support operations. Indeed, the Gallipoli campaign will fail as spectacularly as today’s mission succeeded, and at far greater loss of life. 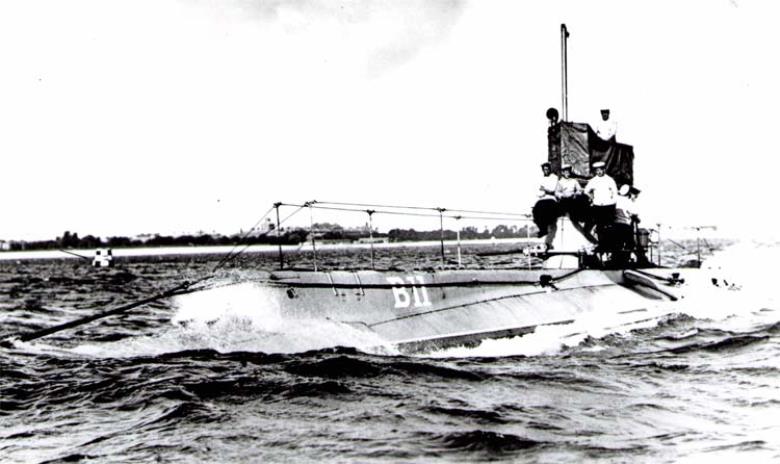 Another view of B11. She was the first sub fitted with forward dive planes, allowing her to submerge on the move