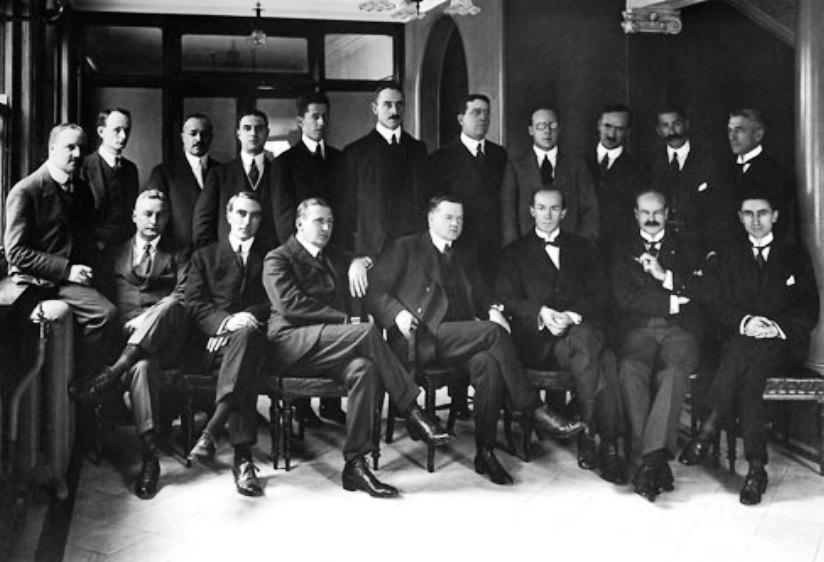 When the Great War broke out, Herbert Hoover was a wealthy mining magnate and investor living in London. His native United States soon declared neutrality, but like many of his countrymen Hoover wanted to do…well, something. American reactions to the war have been as varied as the American people themselves: some have enlisted to fight in foreign armies; some have marched to demand peace; others seek to exploit the situation for profit. For those Americans trapped in Europe who made it to England, where banks until recently no longer accepted foreign credit, the war has been a very hard time. Hoover organized for their relief, extending his financial and administrative clout so that everyone could go home.

With that crisis abating, Hoover has seen famine looming in the occupied territories of Belgium and northern France. The Belgian people are helpless in the impasse of mutual strategic strangulation. A nation of seven million that could not feed itself except through imports when the war began, ninety-five percent of Belgium is now controlled by the same Imperial German Army that committed atrocities in her villages and cities from August to October. Due to continued resistance from the Belgian Army in the last ‘free’ corner of their country, the Kaiser accepts no responsibility for feeding the helpless civilian population. The British Navy is also blockading Belgian ports as part of its larger economic squeeze on Germany — and the British government insists the Kaiser ought to feed them.

It is a cruel calculation for both countries, and a measure of the primacy that maritime blockades have assumed in both London and Potsdam. As Fall has turned into Winter, hunger’s shadow has grown long on ‘Brave Little Belgium,’ but that ends today as the first ship of the Commission for Relief of Belgium (see above; Hoover is at the center of the front row) docks in Rotterdam. From the CRB’s office there, the food will be shipped into occupied lands via canal barges, trains, and wagons. From there, it will be distributed by a parallel local organization, Comité National de Secours et d’Alimentation.

The result is nothing less than a Christmas miracle. 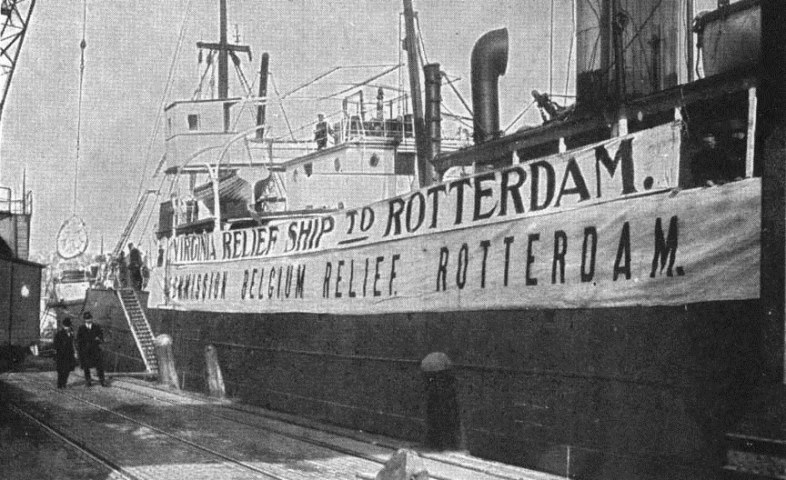 A ship from the Commission for Belgian Relief at dockside in Rotterdam. All these ships were marked and sailed the English Channel in daylight whenever possible to give German submarines no excuse to fire on them

Hoover organized the CRF less than two weeks after the fall of Antwerp, staffing the organization entirely with Americans. Leveraging his contacts to build up a massive ‘war chest,’ Hoover has since put together history’s most successful wartime relief organization. Today’s first shipload of flour and other foodstuffs will be distributed to enough people, at enough cost, that CRF neither creates a surplus nor leaves anyone hungry. Rather than replace the existing food infrastructure of Belgium, Hoover’s organization supports it like a precision machine. Those who cannot pay are granted rations; those who can pay are required to do so, easing the cash flow to support the human infrastructure of the Belgian food supply.

One of human history’s most successful humanitarian activists, Hoover has had to badger the Asquith government into letting the CRF ships through Britain’s blockade. To the never-ending annoyance of the Kaiser, Hoover relentlessly prevails over the resistance of the German military occupation. It is not for nothing that Hoover is known as ‘the Napoleon of mercy,” for he systematically overcomes all opposition in his relentless effort to feed the Belgian and French people, and only the Belgian and French people. For example, bakers receive enough yeast to make bread for everyone, but not enough to feed Germans, too. This will never stop annoying the Kaiser, especially when the consequences of his militarized government’s sloppy mishandling of the nation’s agriculture sector worsen the effects of Britain’s blockade.

Indeed, over the course of the war, food price inflation will be far lower in the relieved areas than in Germany, France, or the United Kingdom, or even the Netherlands. Hoover’s organizing efforts are therefore responsible for the survival of millions of people in the allied countries — even while millions suffer from hunger and malnutrition in Germany, and it becomes impossible for the Kaiser to sustain an army in the field anymore. Already a humanitarian disaster, the Great War would be infinitely worse without Hoover, and ‘victory’ would have a much starker meaning for all of us. 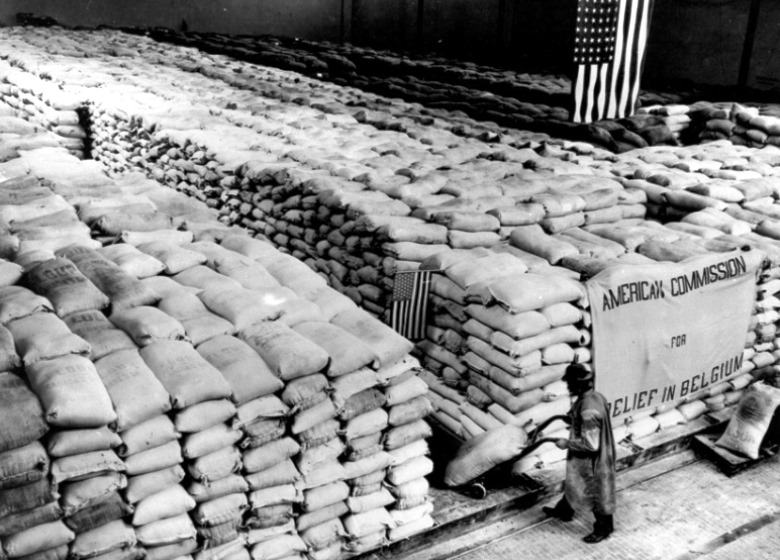 Stacked bags of flour under American flags. When the United States enters the war, CRB will fly its own flag

In order to ship five million tons of flour and foodstuffs, the CRB handles $2.8 billion in philanthropic funds from a variety of donors. Massive volunteer efforts around the world add to the contributions of governments, including Britain, the United States, Belgium, and France, which also provides the necessary financing. CRB ends the war with $1 billion in receipts and assets, the remainder of which is used to restore and improve Belgian education. Upon America’s entry into the war, Hoover becomes Woodrow Wilson’s food administrator; after the war, he becomes responsible for relief efforts across Europe, handling another $30 billion and nearly 30 million tons of supplies.

Before the war, Hoover yearned to “get into the big game.” Without him, new nations like Poland and Czechoslovakia and Yugoslavia might not have withstood the siren song of Bolshevism, and millions more would have starved. Until he comes home in 1920, few figures stand taller in wartime relief or postwar reconstruction than Herbert Hoover. Yet his homecoming is his undoing, for we remember Hoover today mainly by his failures as America’s 31st president. Humanitarian or not, his broken promises of relief are why black voters will leave the Republican Party forever in the 1930s.

Maybe that explains why we do not celebrate the CRB today even while the sappy, romantic myth of Christmas truces abides year after year. In our desperate need to find hope and meaning in the senseless destruction of millions, it is too easy to fixate on the spectacles of men kicking a football and lighting candles on trees while they stop butchering one another for just a few hours. This was a genuinely-heroic act, for millions of people ought to have starved in the cold a century ago, but were given hope and freedom from hunger instead. If that is too inconvenient for some, or too dull for others, it says more about us than it does about Herbert Hoover.