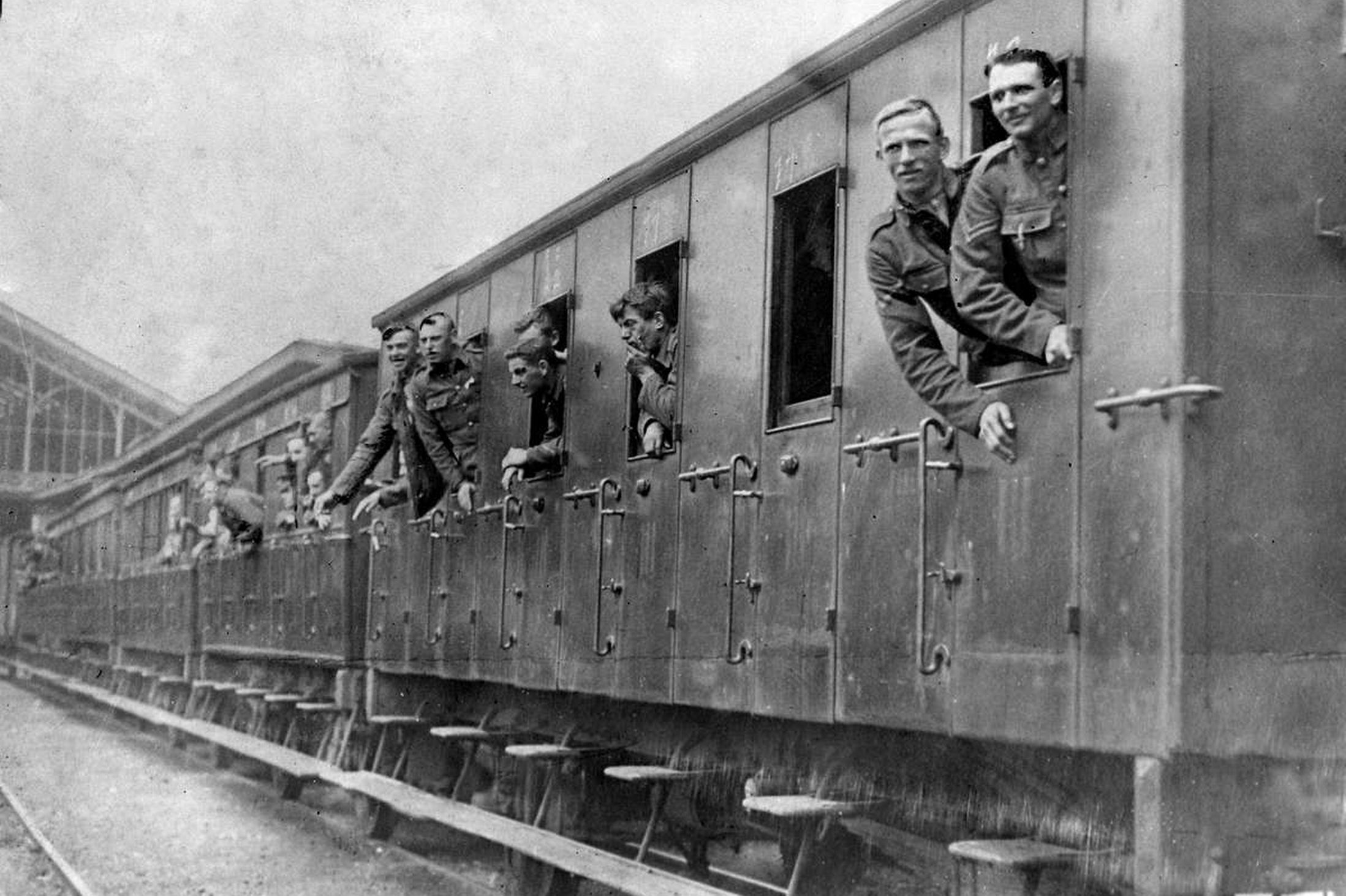 In March of 1914, Chief of the Imperial General Staff Sir John French resigned during a bureaucratic battle over whether Britain’s army might suppress the Ulster Protestants who were trying to derail plans for Home Rule. On the evening of August 2nd, the day before parliament debated war, French called newspaperman Sir George Riddell and asked: if war comes, will Britain send an expeditionary force to France, and if so, who will command it?

Conveyed via Riddell, the reply from Minister Lloyd George is that French should be at Number 10 Downing Street the next morning. A veteran cavalry commander of the Second Boer War, his appointment as Field Marshall and Inspector General of the Forces was then published on the 4th, postdated to the 1st.

The Great War had its share of people who understood public relations and media, whose every move was carefully tuned and parsed. Indeed, monarchs invented the business of public communications long before the printing press. For Britain, the Great War began with the choreographed appointment of someone to lead the force across the Channel to France. 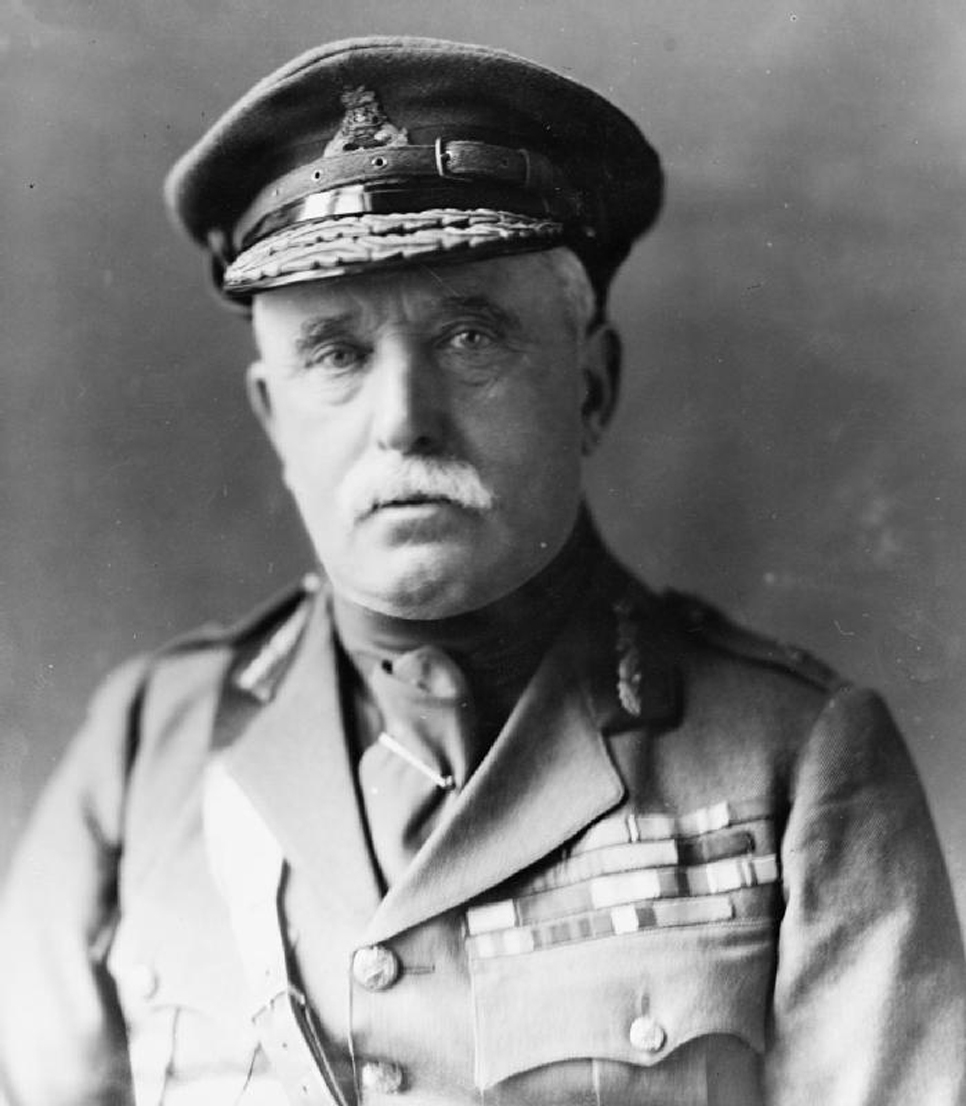 Sir John French had commanded in battle, but his French colleagues were dismissive of British colonial wars and resented his rank as Field Marshall, which to them was an honorific reserved for generals in “real” wars

Today, as the last fortress of Liege falls, the British Expeditionary Force (BEF) still hasn’t finished deploying to France, and one of the Army’s standing divisions is staying behind in reserve anyway. The British Empire straddles the globe, and her colonies can provide many troops, but it will take time for them to get here. The force still arriving in France is therefore the most precious the island nation has, no bigger than Belgium’s, the jewel in her military crown.

And Sir John French will break it.

Together with this friend Earl Douglas Haig, he will preside over the deaths of 1,200,000 British subjects and the wounding of two million. While later generations have tended to see these men as callous monsters who were unconcerned by that human toll, in fact their doctrines are born of experience in other bloody wars. Their choices will prove the least costly in these early days. Neither man is dismissive of the cost; both men simply accept that European land war will be bloody, and that their job is to win that war. Though their careers have already been linked for 23 years, the extreme pressures of command and the psychological weight of their battles will drive them apart, producing recriminations and feeding false impressions. 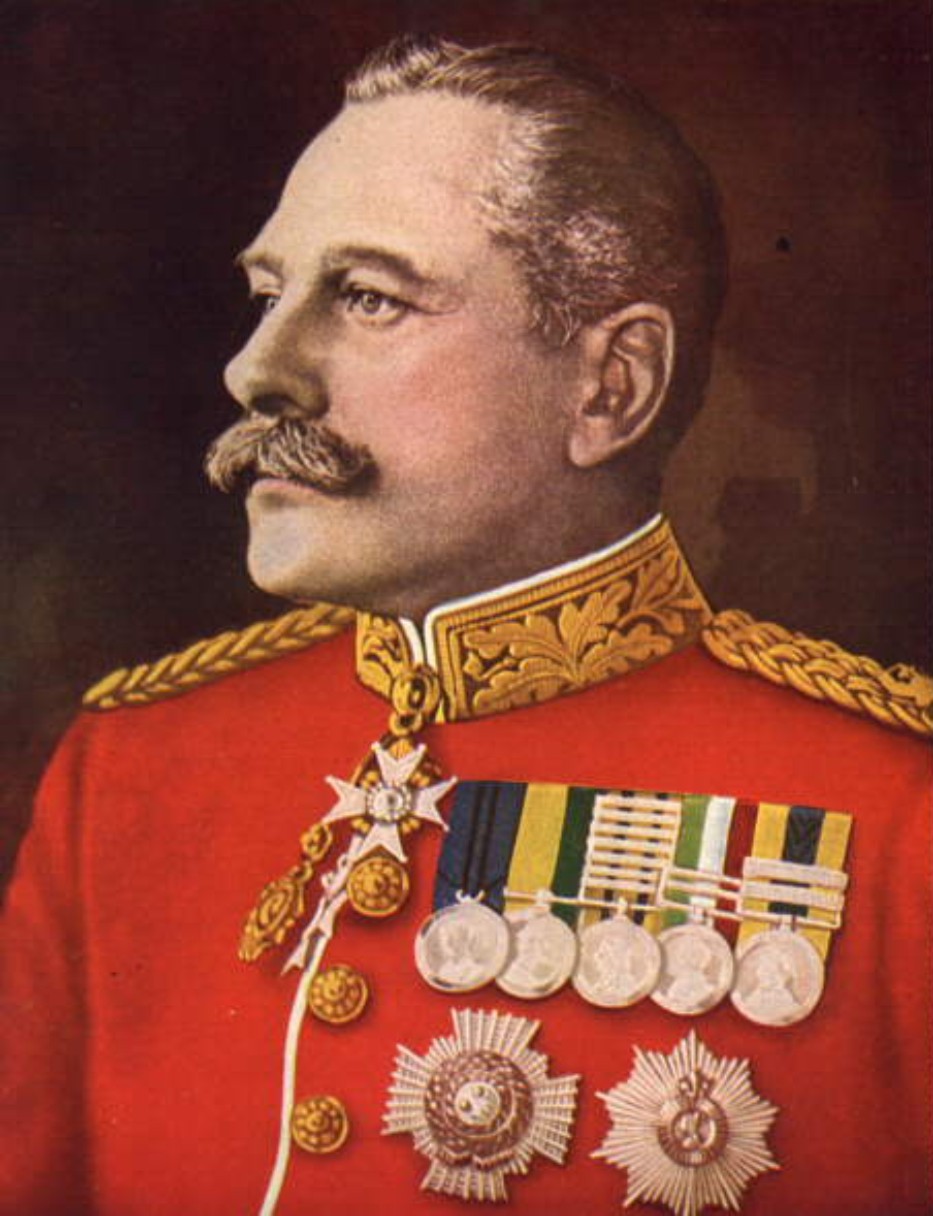 The British soldier arriving in France today is literate, and unlike his ancestors who fought the Napoleonic wars, he is religious. This is the Edwardian period, when automobiles and electricity have become common and British labor is only just awakening to its potential political strength. War fever is hot, for the public is offended by Germany’s invasion of neutral Belgium and justifiably afraid of German expansionism in Western Europe.

The British Army has fought several small wars in recent decades, including a very tough pair of conflicts in South Africa, that have taught them the power of rifle drill and marksmanship. There are bonuses for better shooting, free allotments of ammunition for those who would improve their aim, and a top-down emphasis on keeping the enemy at arm’s length from behind cover until the decisive moment. Unlike the French Army, which is marching towards destruction right now in uniforms that would not be out of place in Napoleon’s wars, the British are wearing khaki, and are not quite so eager to crash pell mell into the German Army. 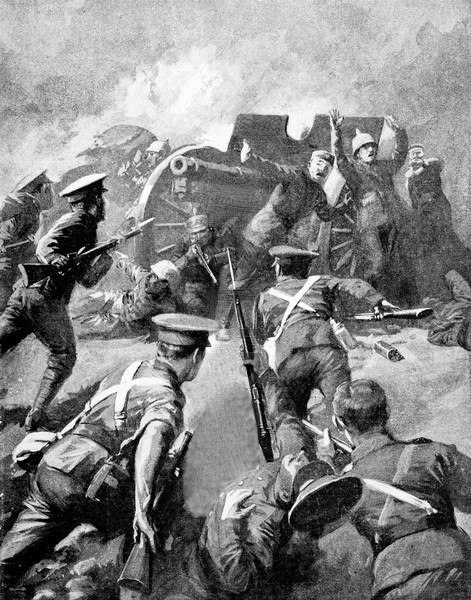 Early British war art offered unrealistic visions of combat on the European continent. Acceptance of high casualties came with the assumption that daring and pluck would defeat machine guns and rapid-firing artillery

More importantly, this is an all-volunteer force. For better or worse, the British people have held their debate and put the decision behind them; French, Haig, and their army march to war with a sense of national unity and shared purpose. Unlike all of her peers now at war, Britain does not turn every able-bodied male into a soldier, and will not resort to conscription until 1916. Before the year is over some 700,000 new volunteers will swell the ranks; an equal number will join even after that army is broken and the nation forced to draft men into service. Supplying, feeding, and arming that force turns out to be very debilitating as well. At the end of the war, the empire ‘on which the sun never sets’ is left larger, but also much weaker. 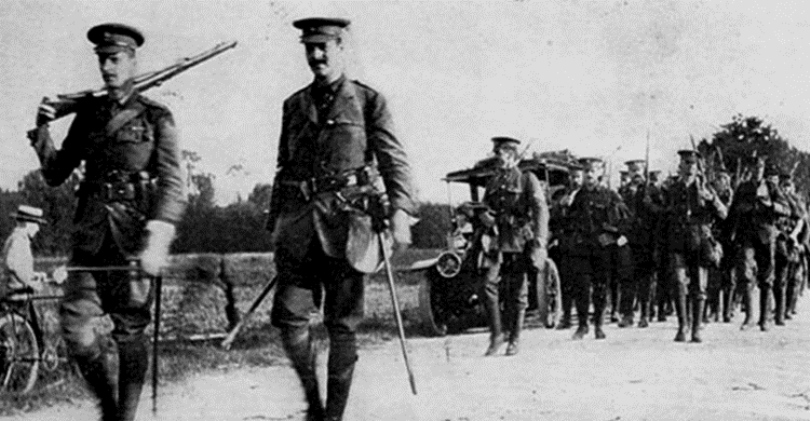 2nd Grenadier Guards marching from the port of LeHavre towards the Belgian frontier, 15 August 1914