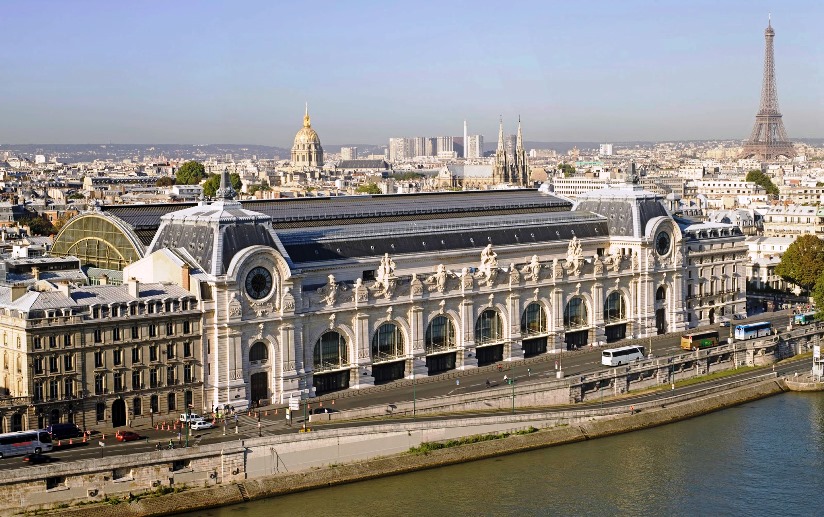 Every year since 1861, France has produced annual reports about the nation for the benefit of historians and journalists in a distinctive yellow cover — a ‘ yellow book.’ France isn’t the only European state to do this: Germany and the United Kingdom have their ‘blue books,’ while Portugal has its ‘white book.’ In the immediate wake of the Great War’s outbreak, combatant nations have all published their prewar diplomatic correspondence to justify their own national points of view: Belgium has produced two ‘grey books,’ Russians have their ‘orange book,’ Serbia has a ‘blue book,’ etc.

Today, the French nation becomes the last of the states at war to print its own political brief on the origins of the conflict. From its headquarters at the Quay d’Orsay on the left bank of the Seine River in Paris (see above), the Foreign Ministry has collected and prepared diplomatic papers going further back than the rest of the combatants. Beginning in 1913 and supposedly presented in chronological order, the numbered documents purport to show the voracious ambitions of German militarism. They are printed in two volumes; Germany immediately challenges two of the earliest chapters as forgeries, but of course such protests make little impression in the West. The ‘facts on the ground’ — German soldiers occupying and devastating Belgium and France — have their own merits in the court of public opinion.

The French ‘yellow book’ will be praised all around the world, including in the New York Times, as a thrilling and informative document that is as easy to read as a novel. Professors, opinion leaders, and news writers will refer to it as an authoritative source over the next four years. Only after the war ends will French historians begin piercing the veil of respectability to reveal the editing and outright invention that have made their country’s ‘yellow book’ (YB) such an easy-reading, comprehensive propaganda pamphlet. 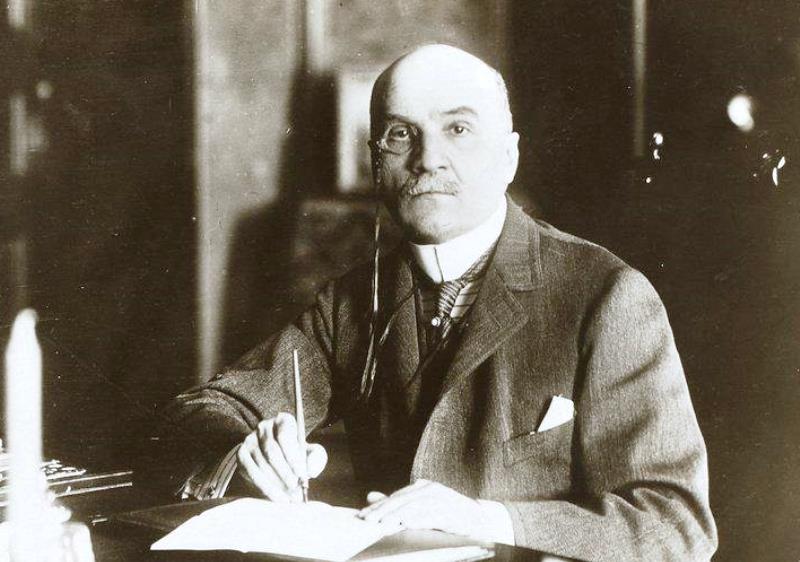 Maurice Paléologue, French ambassador to Russia, whose telegram was embellished in the ‘yellow book’ of 1914

The first damaging revelation concerns a telegram from the embassy in St. Petersburg on July 31st in which Ambassador Maurice Paléologue had originally reported “La mobilisation générale de l’armée russe est ordonnée” (“The general mobilization of the Russian army is ordered”). In fact, the mobilization order had been issued on the 30th, but vacillation continued into the evening — and the order only took effect the next day, when Austria also issued its own mobilization order.

To paper over this narrative inconvenience, someone at Quai d’Orsay decided to add “on account of the general mobilization of Austria and of the measures of mobilization taken secretly but continuously by Germany for the last six days” to Paléologue’s telegram. When the Foreign Ministry admits to this fabrication under scholastic pressure, the YB instantly loses its status as a reliable source.

Being fair, every book in the wartime rainbow of diplomatic propaganda contains some amount of forgery and creative editing. Where France has left out some notes that would muddy the clear narrative of the YB, Germany has published a highly-misleading selection of documents that earns appropriate scorn even during the war. If the YB has more of these phenomena in its pages than Britain or Russia, that is because Quay d’Orsay has taken longer to accomplish its public relations task than the foreign ministries of London or St. Petersburg. 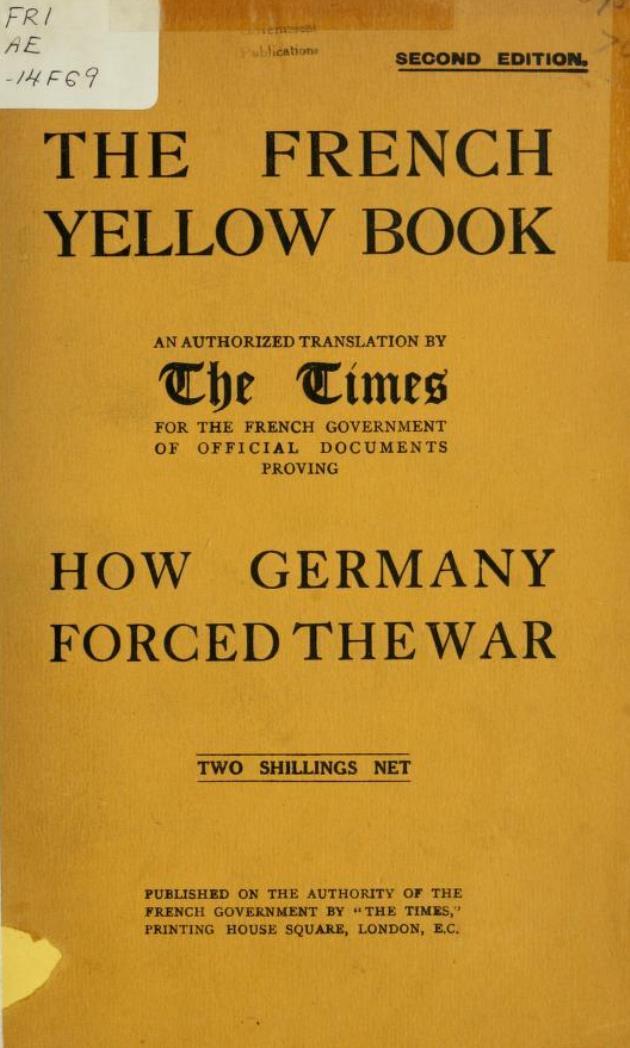 The postwar years see another round of contentious debate on the diplomatic failures that led to such a terrible loss of life. One of the most important figures in this fight is French diplomatic historian Pierre Renouvin, a critic of some aspects of his own country’s prewar policy who is not popular with the French left, which supports the Bolsheviks‘ attempts to spin the Great War through another series of selective releases. Renouvin is the president of the French historical commission charged with publishing documents related to the July Crisis, and that makes him the most important man in France to counter the continuing efforts of the German Foreign Ministry’s War Guilt Section to revise history and blame the government of French President Raymond Poincaré for the outbreak of war.

So it is all the more meaningful that Renouvin is the man who calls out the fabrications and ommissions of the YB. He notes that language has been altered for hyperbole: Paul Cambon‘s pleading to British Foreign Secretary Sir Edward Grey asking England not to repeat “her error of 1870,” when she remained neutral in the Prussian defeat of France, has been changed to “the error of Europe.” He underlines chronological errors and date changes: the date of nationalization of train stations has been altered from the 3rd of August to the 5th.

To be sure, French diplomatic success has played a role in the tensions that led to war, and Paléologue hardly acted as a brake on the Tsar’s belligerent response to Austria’s ultimatum. An unknown French diplomat in Montenegro reportedly even helped one of the minor conspirators in the Archduke’s assassination to leave that country. But France cannot honestly be blamed for decisions made in Potsdam and Vienna, and thanks in no small way to the personal efforts of Renouvin, that does not happen.

We say that history is written by the victors, but this is not always the case. Confederate ‘heritage’ and apologetics remain powerful forces in American political and social discourse long after the South supposedly lost the Civil War, and that is largely because of successful resistance to postwar reconstruction. Such an outcome was certainly possible after the Great War. If the YB had been exposed by anyone other than Renouvin, German denialism might have gained a more general acceptance in the West, and history might have been written by very different victors.

Share on FacebookShare on TwitterShare on Google+
diplomacy, France, propaganda
05 - No Man's November, 1914 - War Breaks Out
Posted on November 30, 2014