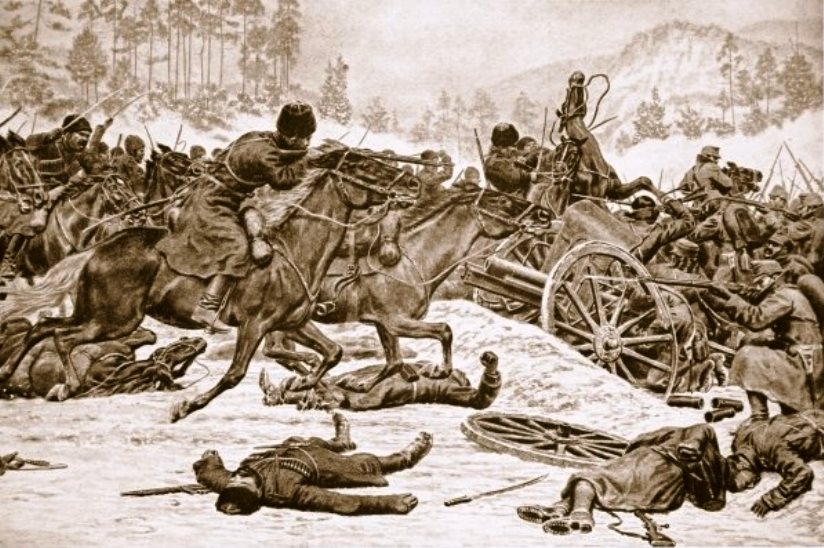 Late Fall has given way to plummeting temperatures and early Winter storms, but the campaign here has not been stuck in the resulting mire. Unlike the Western Front, which has settled into static destruction, the Eastern Front is still a fluid and chaotic scene, a series of ebbs and flows and march-countermarch that defies easy mapping and chronicling. This is especially true in Galicia, where the Austro-Hungarian Empire has been taking two steps back for each step forwards since the middle of August.

To the North, General August von Mackensen and his amazing hat are retiring to new lines after a failed offensive on Warsaw. To the East sits the fortress-city of Przemysl, now surrounded and cut off again after relief operations ended in crushing defeat along the San River. To the South lies the Dukla Pass, the widest gap in the Carpathian Mountain range and a natural invasion route to the Hungarian heartland.

Dukla Pass is the objective of the Russian army that has been attacking in Galicia on a thirty-mile front southeast of Kracow for more than a week, claiming another great haul of 7,000 Austrian prisoners, 30 artillery guns, and twenty machine guns, if we are to believe their press agents. Today, an Austrian counteroffensive begins northeast of the city, aiming southward along the Vistula River in a bid to threaten the Russian flank. They will achieve another limited tactical success…until another Russian counterstroke knocks them back again.

And so it goes on this most dark and dismal portion of the Eastern Front. 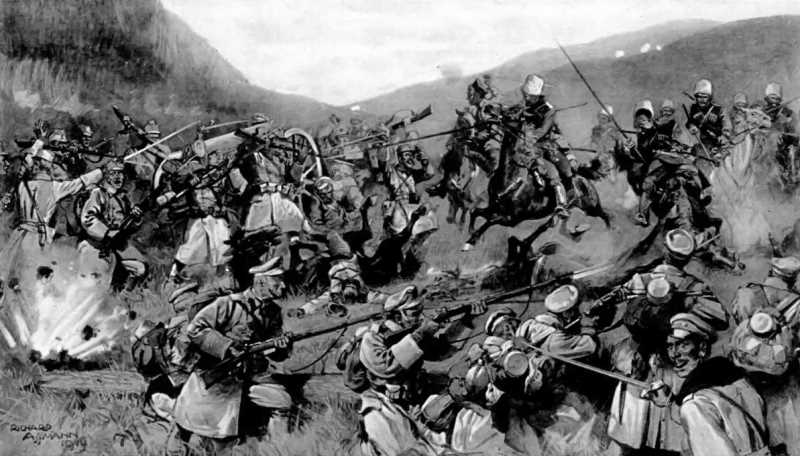 Fighting in a Hungarian mountain pass as portrayed in the November 18 Illustrated War News, a production of the Bureau of Propaganda that is invaluable for both its historical photographs and its educational examples of propaganda

The Carpathian Mountains are not really a single chain, but a series of three different mountain formations that lie in a horseshoe around Transylvania and Transcarpathia, territories that are secretly coveted by Romania. Lying between Galicia and Hungary, they are not so much a barrier as an obstacle course lying between the Tsar’s empire, hungry for European conquests, and the heart of the Austro-Hungarian dual monarchy.

Though these peaks are nowhere near as tall as the Alps, which are Europe’s only mountain range larger than the Carpathians, the fighting here obeys the limits of warfare in mountainous terrain. Artillery cannot operate on steep slopes and must usually remain in valleys, creating a secondary problem for Austrian gun officers who know nothing of ballistics: it is very hard to land shells on the opposite side of a mountain. There is little Austrian reconnaissance, for Hapsburg aircraft are too few, and cavalry corps are broken from their clashes with the Russian horde. Cossacks are already probing the passes for weakness, often finding it; attacks in strength will continue until April.

Fights here are brutal and close. It is not easy to dig in, especially in sleet and snow, and troops worn out from digging struggle to stay awake in the cold. The army that broke on the San is not really recuperating on such limited lines of supply and communications. Yet between now and May, the polyglot army of the Kaiser Franz Joseph will try to break out from this holdfast three times in a series of Winter offensives so deadly that few men of the KUK will survive to recall them for history. 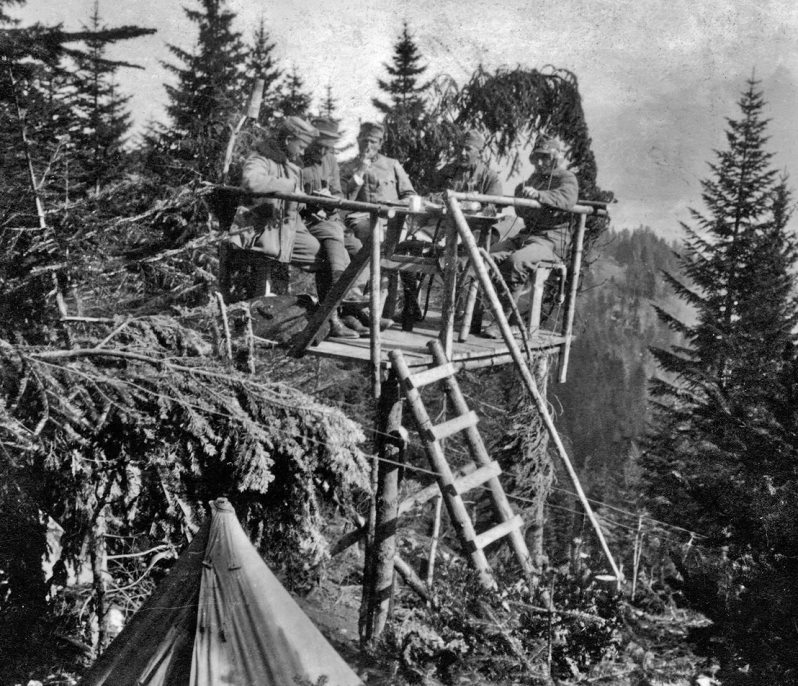 An observation post in the Carpathian Mountains. Note the wireless operator wearing the headset with a telephone at hand; this is probably from the late Spring or Summer of 1915, when German command and support are everywhere

These mountains are synonymous with the mysterious, dark past of eastern Europe. Vlad the Impaler, and the folk myth of vampirism that has been confused with his name thanks to Western authors, have transmitted the bloody history of these lands as a religious and cultural crossroads to our generation in a supernatural narrative. Indeed, nights here can feature howling winds and mysterious sounds that chill the blood until the bones crack.

But in December of 1914, the Carpathians become the setting of a horrific campaign worthy of the darkest imagination. It has largely gone untold by popular or professional writers because few men who fight these battles write down any history of the frostbite, typhus, hunger, exposure, and endless cold that characterize the Winter’s deadliest campaign. Perhaps they do not wish to recall their many German overseers, who install a harsh discipline that had previously been foreign to the KUK even as they bring reinforcements and rearmament. Maybe they hate to remember their friends who sat down from exhaustion and never stood up again.

There is no question that the Russian army is better-led and equipped. Using the thousands of railcars and dozens of locomotives that the Austrians helpfully left behind during the abandonment of Lemberg, they enjoy better resupply and go hungry less often. While their enemy declines from the lack of a reserve army, the Russian horde is able to rotate units out of the line and restore them to strength. Their artillery is unquestionably much better.

Meanwhile, Russianization of the conquered Galician territory has already begun; civil and educational authorities are already being organized to impose the Tsar’s language on the new province, where shocked and starving people left behind by the Austrian collapse pray in vain for relief. Armies have already eaten up what little food surplus Galicia had, and disease is rampant because public health systems have broken down. One reason why this campaign has been left unlit is the genuine dread this sort of behavior inspires in the peoples of the Central Powers, who see themselves as fighting to preserve kultur from cultureless barbarians. 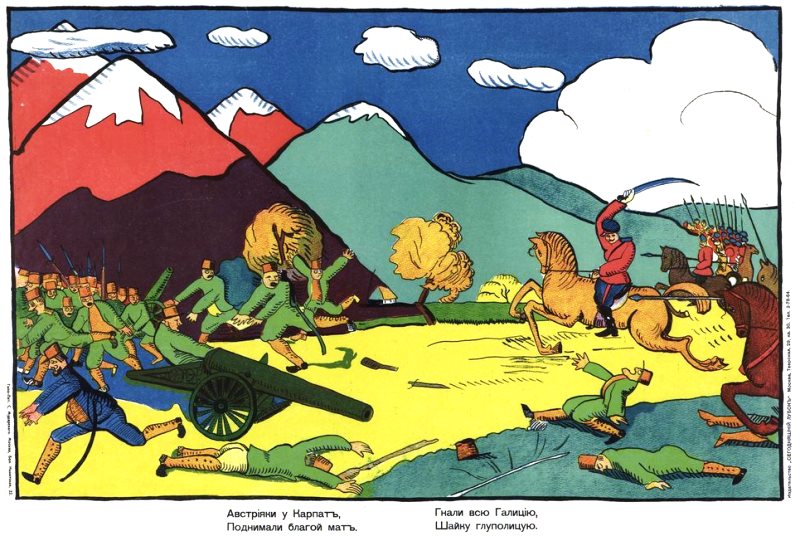 “The Austrians cursed loudly near the Carpathian Mountains. They were chased across all of Galicia, a gang with stupid faces.” Propaganda by Vladimir Mayakovsky, who later supported the Russian Revolution as an opening to artistic and intellectual freedom