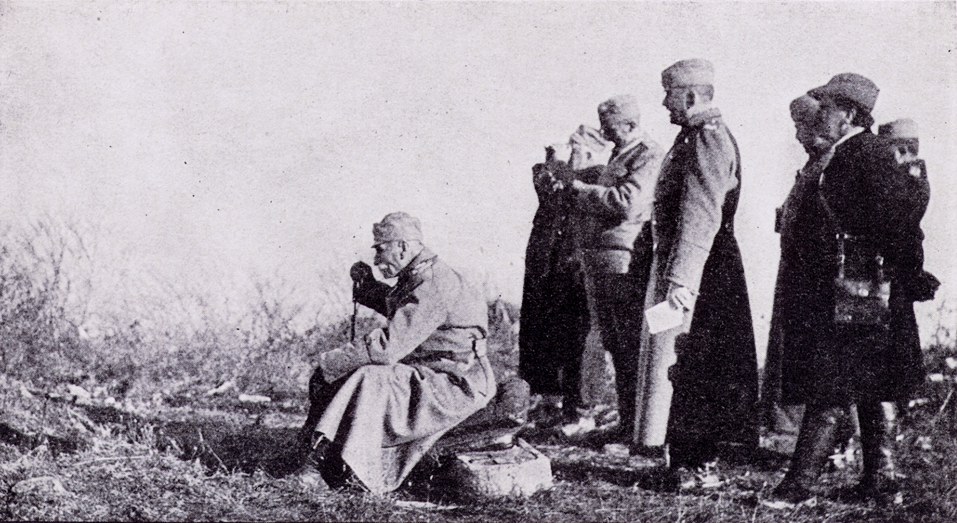 The Great War began with a Serbian assassination plot. King Peter I never approved of the conspiracy, whose architect will eventually see a firing squad, and he opposes the irredentists who want to bring Serb-populated neighboring territories into a pan-Slavic ‘Greater Serbia.’ But as a source of Balkan turmoil for the last two years, his kingdom is nevertheless seen by many in Europe — and especially in the Austro-Hungarian Empire — as a sort of rogue state. It doesn’t help matters that a coup led by Dragutin Dimitrijevic, the man behind the deaths of Franz and Sophie on June 28, also put Peter on the throne by way of a bloody coup eleven years ago.

Today, the Austro-Hungarian Army crosses the Drina River into Serbia on a punitive expedition, marching East for the vulnerable capital of Belgrade, which has been under bombardment by the empire’s river monitors since the evening of July 29th. Things do not start out well: a pre-dawn bombardment lands short, panicking troops prepared for the crossing, because the Austrian officer corps understands nothing of ballistics. Commanded by Oskar Potiorek, the same general whose woeful security planning left the Archduke vulnerable to Gavrilo Princip’s bullets, they cross in the morning light to discover the Serbs have fallen back, leaving only burning haystacks. 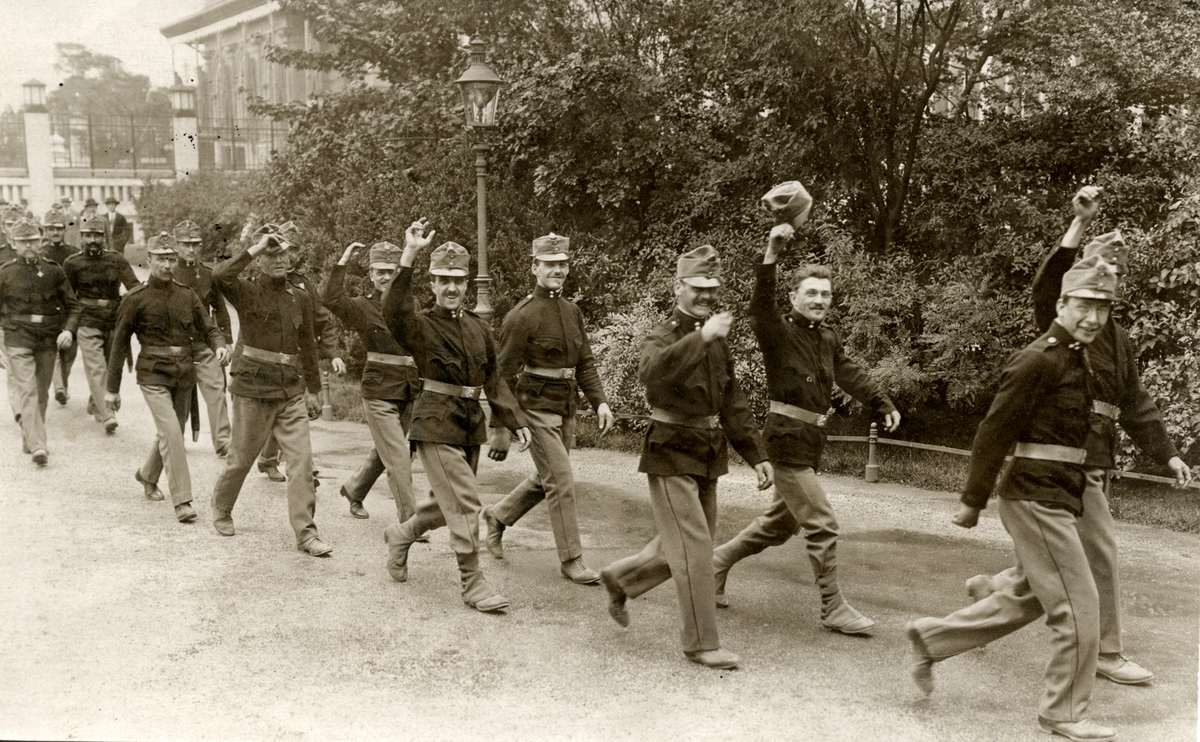 “Potiorek was a bachelor who had devoted his life monastically to his profession,” writes journalist Max Hastings in his book Catastrophe 1914: Europe Goes to War, “while remaining ignorant of every aspect of it that was either modern or important; he had never seen a day’s action.” Indeed, his polyglot army is poorly-led by officers who die with shocking frequency in these battles. The men are also badly overloaded and struggling in the Summer heat: anticipating that wagon trains will be unable to resupply their armies’ needs, officers have weighed every man down with extra cans of food.

Though short on ammunition, the Serbian Army proves better-equipped than its foe, especially in field artillery. Units rely on their knowledge of local terrain to hit the invaders from all sides with sniper fire, ambushes, and hit-and-run tactics. In the first hour of the 16th of August, they surround an Austrian force near Mount Cer and annihilate it in the darkness. Thirty-five Hapsburg colonels die in the campaign, along with 28,000 men, before the emperor’s army retreats in disorder on the 24th. King Peter watches the climactic battle from a mountain peak as his troops prove better-drilled and equipped than the empire’s. 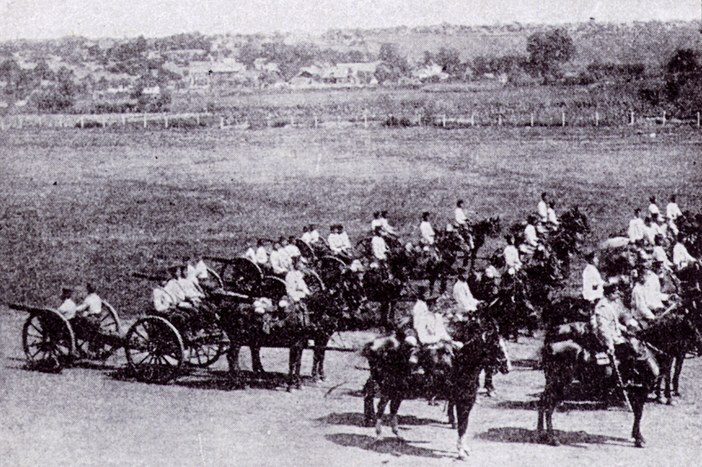 As in Belgium, where unexpectedly-stiff resistance has spurred German troops to avenge themselves on helpless civilians, the empire’s troops take out their frustrations on the Serbs they meet. They are actively encouraged by the official policy of Kriegsnotwehrrecht, in which occupied regions are considered under martial law and armies can protect themselves from attacks by civilians (known at the time as francs-tireurs) by punishing local populations.

More than three thousand Serbian noncombatants die in less than two weeks, a number equal to their battle dead, and the Austro-Hungarians make sure to photograph and record these atrocities. They want to make examples of these Serbs — and discourage resistance inside their empire, where millions of Serbs and other Slavs suffer under renewed repression for fear of revolt. Anti-serb riots in Sarajevo have already claimed many lives and destroyed businesses. Of course, these measures will have perverse effects that help to tear the empire apart forever. 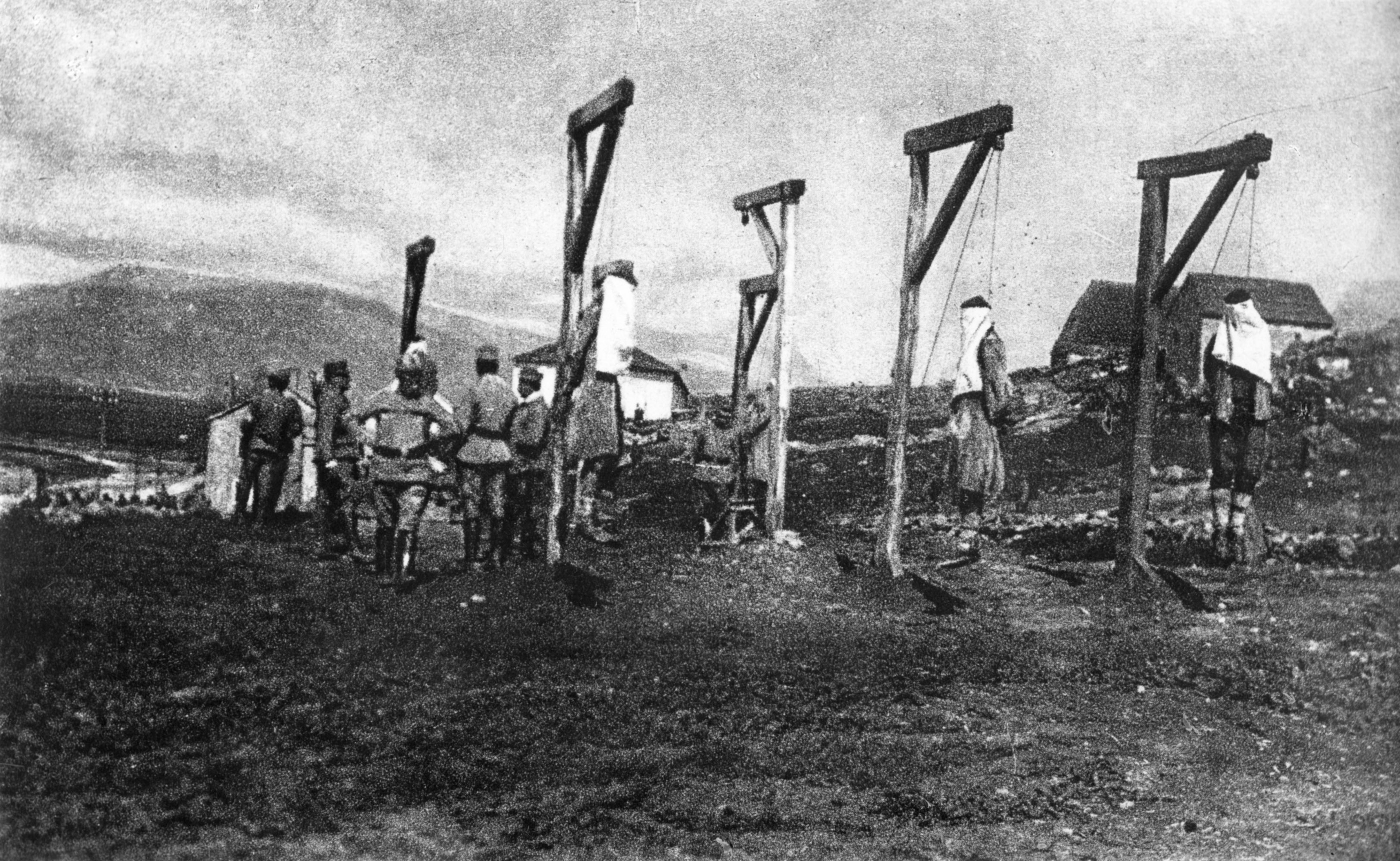 Serbian civilians hanged in reprisal. The Austrians recorded these acts as further intimidation

The bloody repulse will not deter the empire from attacking Serbia again, but it does have a curious effect on people in Vienna. Told today and tomorrow that their invasion is a great success, they note how early reports, which were sure of complete victory, give way to new stories of strategic withdrawal and a successful, limited operation that was never supposed to achieve total victory after all. When the casualty lists are finally known, they will confirm that the people cannot trust their emperor to tell them the truth.

What seemed a simple, quick route to victory has been a sideshow disaster, occupying 19 of the Army’s 49 divisions while the Russian threat approaches from the North. By the 24th, divisions will be peeling off from the disaster in Serbia to belatedly confront the Russian steamroller bearing down on the empire’s Polish dominions.

The SMS Bodrog fired the first shots of the war on July 29 when it bombarded Belgrade. This ship was granted to Serbia when it became Yugoslavia, was scuttled by crews on both sides in WWII, and served in the Yugoslav Navy until 1962

Serbia has not even begun to bleed yet, but her fight has already vanquished all doubt among the allies about Serbian behavior in the outbreak of war. Ennobled by their tremendous sacrifices, and supported by the two million Serbs who will flee their increasingly-repressive nations to join the Serbian Army, the Kingdom outlasts its adversary to win a Greater Serbia at the peace table. Dragutin Dimitrijevic is long dead in 1919, but the dream that set his Black Hand in motion is largely realized with the creation of Yugoslavia.

Why blog about the Great War? Because the tensions behind so many future wars are born in the new lines that are drawn by this one. 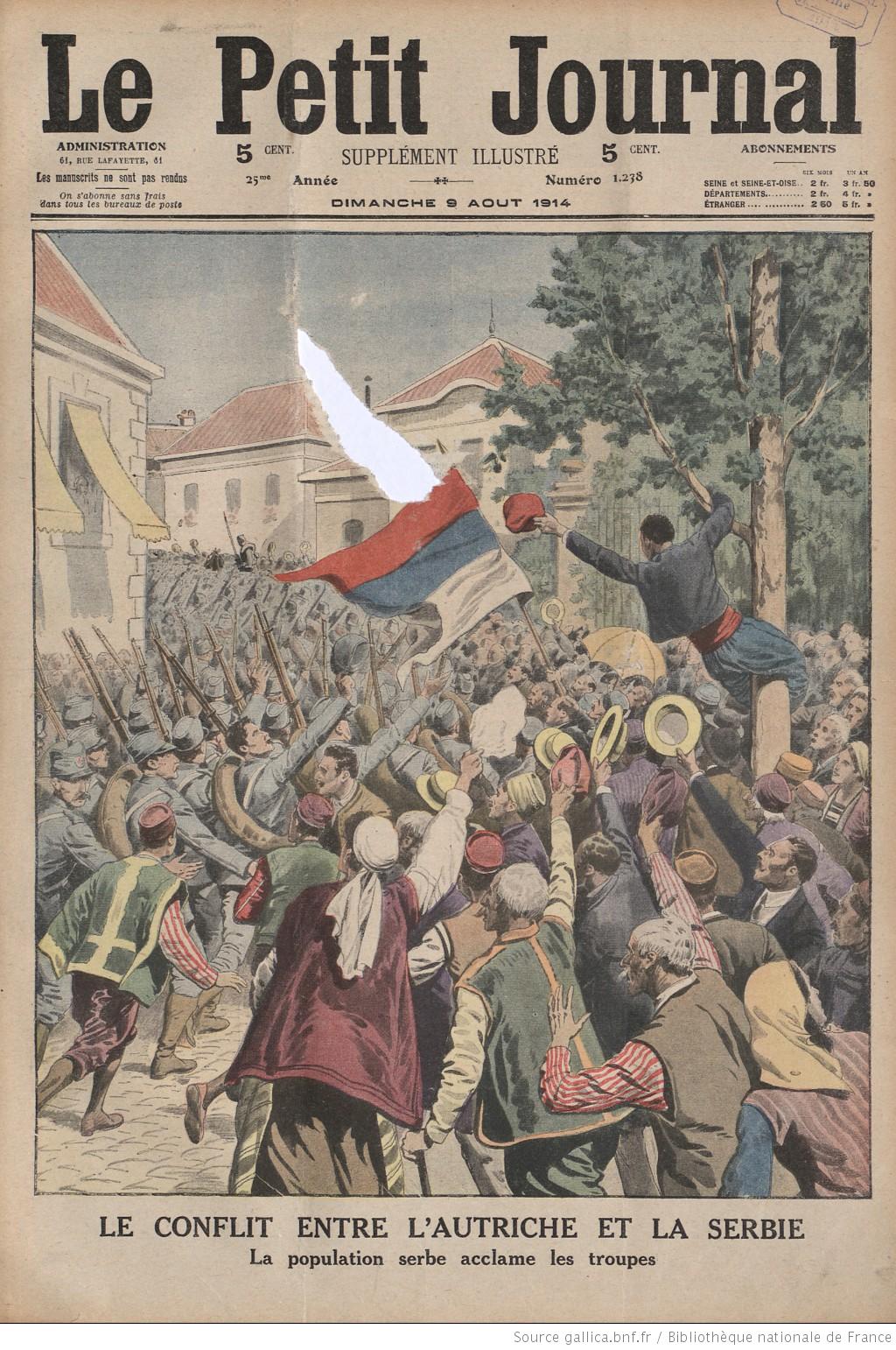 A French magazine cover extols the solidarity of the Serbian people