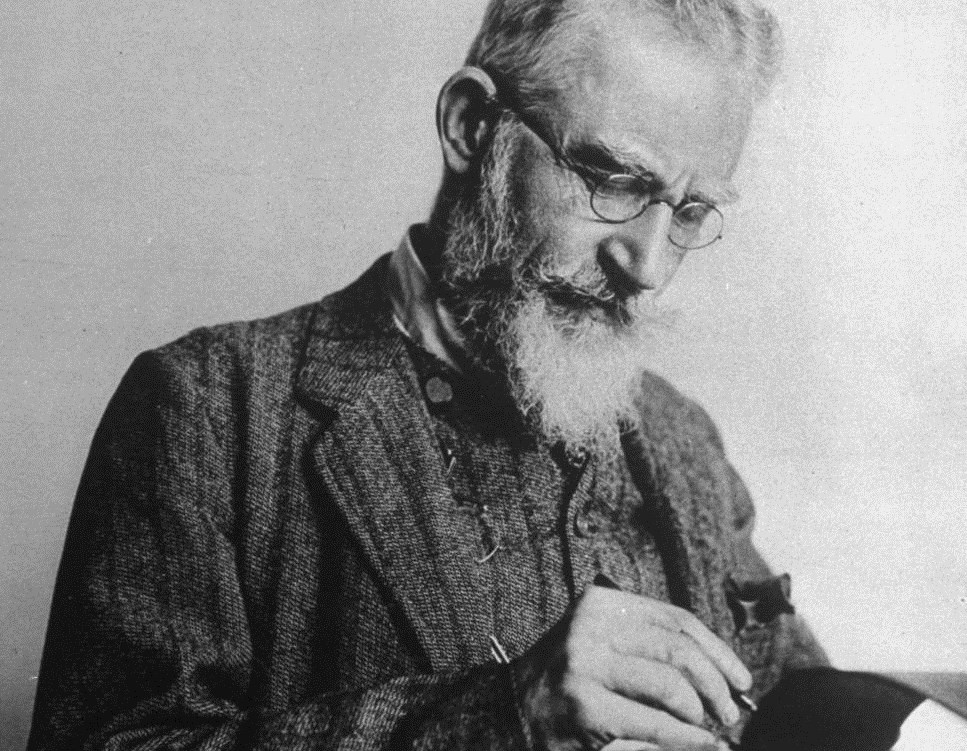 On September 2nd, a group of British writers met at Wellington House a half-block from Buckingham Palace to discuss how their pens could serve the war effort. Luminaries such as Thomas Hardy, Gilbert Murray, and H.G. Wells were present for the meeting, which resulted in an ‘Authors’ Declaration’ printed in the Times sixteen days later endorsing the Asquith government’s war policy and condemning German atrocities in Belgium. In a telling sign of the changing gender landscape, poetess Margaret L. Woods and novelist May Sinclair were signatories along with Rudyard Kipling and G.K.Chesterton.

It was just one of many manifestos circulating in the burgeoning public relations war between the Central Powers and the Triple Entente — a war that the September meeting’s convener Charles Masterman is organizing the Propaganda Bureau to wage. By 1918, his organization will be renamed the Ministry of Information, and it will have produced more than forty million documents for distribution at home and abroad.

But conspicuously absent from the event, or its resulting public declaration, was George Bernard Shaw (above), an Irish curmudgeon and satirist whose plays remain some of the most influential works in the English language today. A Fabian socialist, the radical Shaw is seen as too much of a loose cannon to be invited to Wellington House, and indeed four days ago he set off a storm of controversy by publishing Common Sense About The War.

Of all the literary documents to emerge from 1914, Shaw’s is the most entertaining, comprehensive, devastatingly realistic, and prescient. He rejects both the liberal pieties of Henry Asquith’s government and the jingoism of militants, but endorses the war effort as a necessity in defense of Western civilization. Most controversially, he rejects efforts to pin all the blame for war on Germany, and is particularly unkind to Foreign Minister Sir Edward Grey, who he criticizes for inviting the Kaiser’s aggression by not drawing a hard line during the July Crisis. 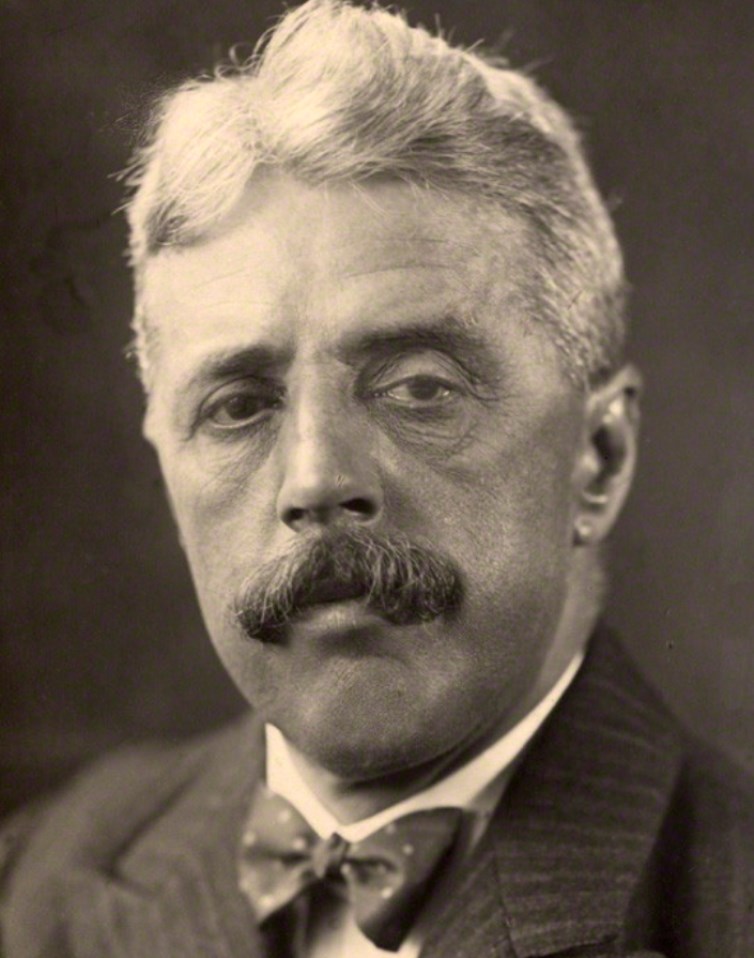 Arnold Bennett, who attended the September meeting and signed the ‘Authors’ Declaration,’ responds to Shaw in a piece published in London and New York today. Attempting to thread a rhetorical needle, Bennett begins with conspicuous praise of Shaw’s writing, but then attacks the playwright by reasserting the Asquith government’s official justification for war.

Mixed up with the tremendous common sense, however, is a considerable and unusual percentage of that perverseness, waywardness, and harlequinading which are apparently an essential element of Mr. Shaw’s best work. This is a disastrous pity, having regard to the immense influence and vogue of Shaw, not only in Germany, but in America, and the pity is more tragic as Shaw has been most absurd about the very matter which most Englishmen regard as most important, namely, Great Britain’s actual justification for going to war.

[…] Mr. Shaw’s manifesto is lengthy and it will no doubt be reprinted in book form. I repeat what I said in my first paragraph as to the major part of it, but I assert that the objectionable part of the manifesto is so objectionable in its flippancy, in its perversity, in its injustice, and in its downright inexactitude as to amount to a scandal. Mr. Shaw has failed to realize either his own importance or the importance and very grave solemnity of the occasion. The present is no hour for that disingenuous, dialectical bravura which might excusably relieve a domestic altercation. Before reprinting Mr. Shaw should, I suggest, seriously reconsider his position and rewrite.

Bennett calls himself a radical, positioning himself to the left of the Asquith government, which makes his fierce defense of Foreign Minister Sir Edward Grey from Shaw’s criticism  all the more odd and out of character. Deploring war as a monstrous barbarism, Bennett holds all European diplomats “infantile,” “ignoble,” and “altogether rascally” — except for Grey. He never really answers Shaw’s arguments about Belgium, but rather stabs at his own caricature of those points while accusing Shaw of dishonest paraphrasing. As propaganda, it is rather weak sauce.

At a century’s distance, Bennett’s writings on the war seem rather fatalistic and even dissonant with his wartime role. In ‘The Ant Hill’ in the London Daily News of October 1914, Bennett remarked that “civilization had failed in its duty to ignore the tenets of anarchy and competition born of jealousy,” and blamed the war on a resurgence of primitive values from a darker age. Outwardly, his controversial wartime novel The Pretty Lady is the story of a prostitute and war refugee who meets a wealthy British fiftysomething, but the characters are really just institutions made into persons — literary manifestations of a continuity that Bennett’s greatest critic Virginia Woolf sees between the personal and the political when she defines the new literary style known as ‘modernism.’

By 1917, the Ministry of Information will produce more than forty million documents of all kinds, helping to create a paper shortage in Britain by waging information warfare in allied territory. Bennett will have done more than his fair share of work to make it happen. At the war’s end, the Ministry is immediately closed, and a new debate begins about Britain’s experiment in taxpayer-provided spin. 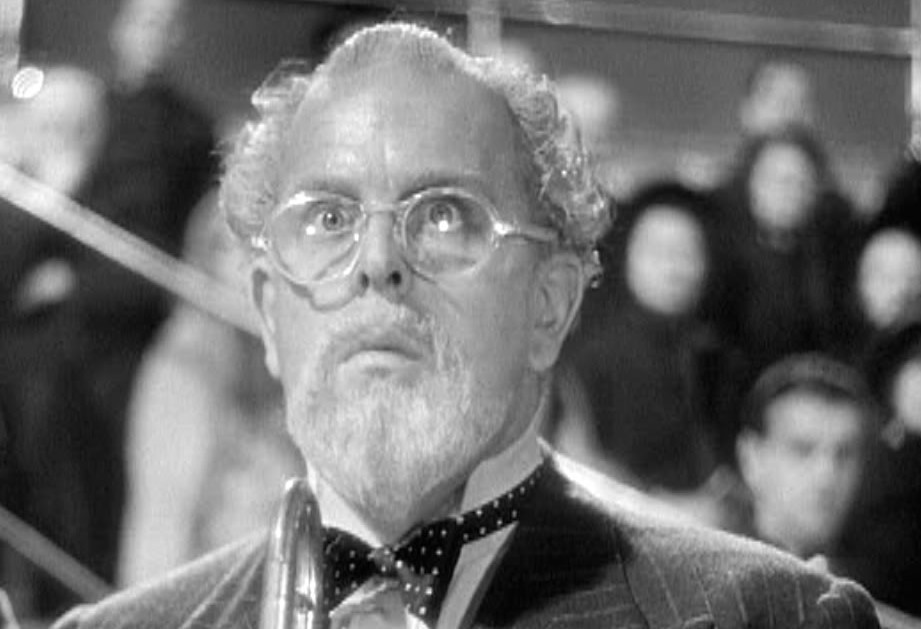 In Common Sense, Shaw also argues that not enough attention has been paid to questions of what happens after the war. By 1918, his words are widely regarded as prophetic. But to understand his outlook, we must turn to a play he wrote a decade before the war: Major Barbara. The play’s protagonist is an arms manufacturer who convinces his estranged daughter and her fiance to set aside their pacifistic impulses and embrace the family business. When his future son-in-law probes for a sense of his values, Undershaft banishes all the moralisms of the Edwardian age.

CUSINS: Excuse me: is there any place in your religion for honor, justice, truth, love, mercy, and so forth?

UNDERSHAFT: Yes: they are the graces and luxuries of a rich, strong, and safe life.

In making the terrible admission that guns and explosives are the true source of power in the world, Shaw argues that poverty is the worst crime, for it “strikes dead the very souls of all who come within sight, sound or smell of it.” Undershaft’s seven deadly sins are the costs of food, clothing, heating, rent, taxes, social status, and children, all of which he alleviates by paying fair wages under a progressive social contract. To Undershaft, war is “the only final means of saying ‘must’,” a necessary evil that destroys old systems to create new ones. When challenged to see another way things might work, or perhaps ought to work, he retorts:

In Common Sense, Shaw takes the British nation to task now that it has accepted wartime welfare measures that had been rejected for years just because socialists suggested them. He argues that the only enduring argument for war is the democratic and socialist one, and calls on liberals to take rhetorical possession of the war away from Britain’s militarists. For Shaw, the Great War is a chance to blow up archaic social, political, and economic systems, replacing them with new, more humane and rational ones.

It is little wonder that the Asquith government has to defend their left flank from Shaw rather than the “radical” Bennett, whose attack on Common Sense is just one of many critiques that have been forgotten a century later. Shaw’s essay has outlived them all.

Share on FacebookShare on TwitterShare on Google+
Belgium, Britain, propaganda
05 - No Man's November, 1914 - War Breaks Out
Posted on November 18, 2014