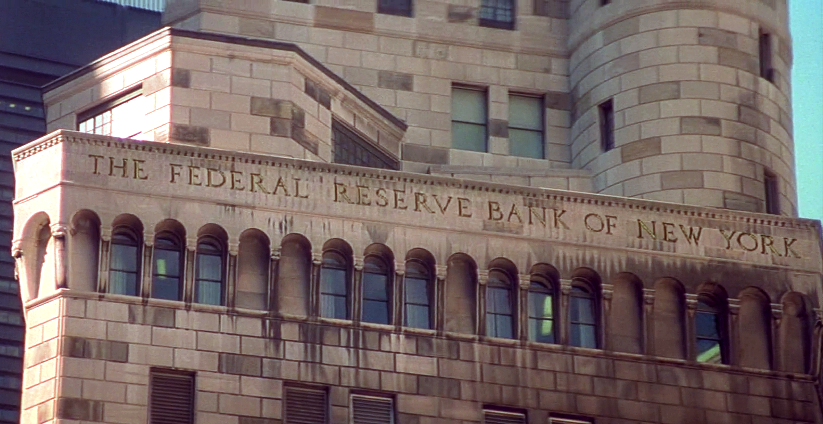 There has been no central bank in America since 1836, when the Andrew Jackson administration allowed the charter of the Second Bank of the United States to expire without renewal. North American economic history since then has been a story of boom and bust fueled by bank crises and characterized by severe, damaging recessions. But a third American experiment in central banking begins today with the establishment of the Federal Reserve Bank of New York, one of the twelve institutions across the United States that will serve as lender to the lenders and backstop the banking system.

By 8 PM, the Reserve Bank lists assets of $105 million on its very first daily report and balance sheet. Although the timing is a coincidence of administrative delays during startup, the smooth Monday opening is precisely what the Western world needs right now. Treasury Secretary William G. McAdoo has done an admirable job within the limits of his power, but stock exchanges and financial markets in London and New York remain closed due to war panic. Commodity prices have spiked in response to interrupted maritime trade, and wartime insurance rates are holding business back everywhere.

During mobilization, runs on gold threatened British bank reserves as customers lined up in the streets to convert savings into security. In turn, this caused a run on British-owned American securities, with the assets converted to gold as a hedge against wartime inflation. This same spiral was occurring with all of Europe, creating the very first truly global financial crisis.

The Daily Telegraph reported the closure of the London Stock Exchange on July 31 in the following terms. ‘Crowds gathered, especially in Throgmorton Street, which was soon crowded from end to end. In point of numbers, the crowd equalled the biggest street market that has ever been, but it wore a very different aspect… Even those who had most warmly advocated closure had not expected it would happen this way, without a word of warning.’

The subsequent breakdown in the money system was as astonishing as it was swift. On August 2 the Telegraph reported ‘animated scenes… at the issue department of the Bank of England, where long queues of people were waiting to exchange notes into gold.’

[…] It was not the public who should be blamed for wanting to lay in small amounts of gold, the Telegraph made clear, ‘but rather the tradespeople who have suddenly taken to looking askance at paper money of any kind. In most restaurants yesterday, bank notes were not accepted in payment of bills, and in other places notices were posted to the effect that change for bank notes could not be given.’

The liquidity crisis of 1914 was caused by the increased ‘connectivity’ of the trans-Atlantic relationship between New York and London, a phenomenon that had been hailed as the sign of a more peaceful age. No one on either side of the Atlantic had hedged their investments for war when the July Crisis hit. Today is an important step in restoring confidence, ending the months-long ice age within a global credit system that was not built for wartime. If the allies of the Triple Entente are to have a hope of defeating the Central Powers, that system must be adapted to the demands of total war. 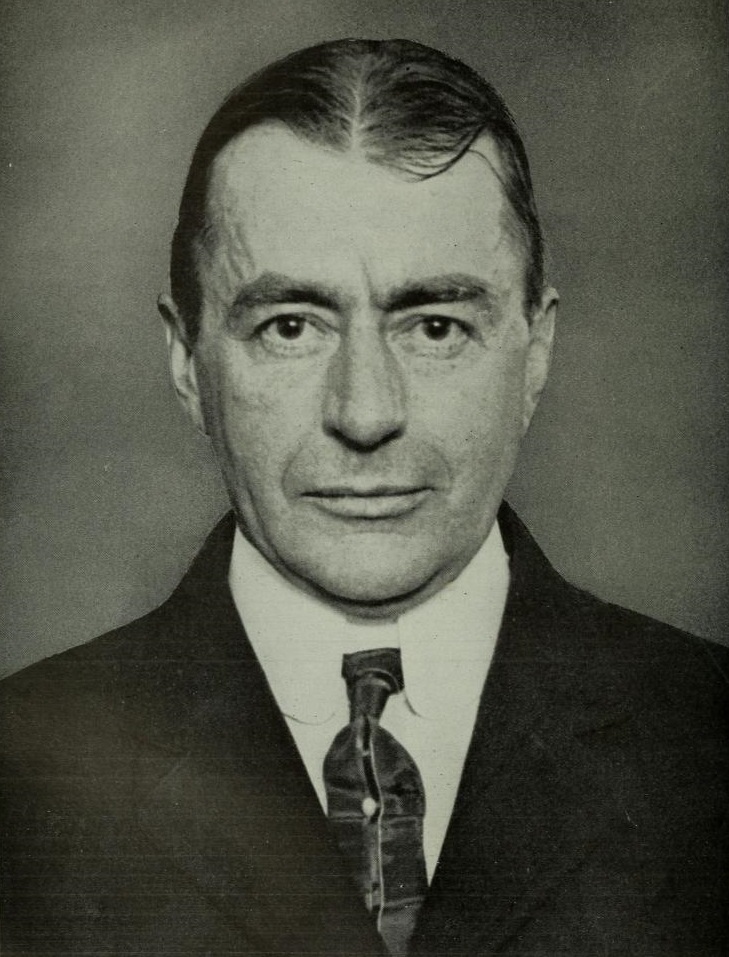 Benjamin Strong, Jr., first Governor of the New York Federal Reserve Bank. “We were a lot of ‘greenhorns’ with no guide or compass, no experience, no cohesion — with everything to learn and, frankly, everything to lose as the result of our inexperience.”

In 1907, a collapsing stock manipulation scheme caused a banking panic that was ultimately resolved by the personal efforts of J.P. Morgan, whose legacy lives on in the name of a bank today. The great banking houses are not always so capable as they were during the ‘Knickerbocker Crisis,’ however, and populist opposition to elite control of the national financial system has been ascendant since long before William Jennings Bryan’s 1896 ‘Cross of Gold’ speech. To balance these competing credit demands from the American oligarchy on the one hand, and a middle class of main street shopkeepers, farmers, and workers on the other, Woodrow Wilson‘s administration has pushed a bill through Congress to create a decentralized central bank — one run by professional banking experts instead of political operators beholden to popular or private interest.

As a quasi-governmental agency, the Fed (as it would come to be known) was intended to be less susceptible to all political pressures than a cabinet secretary or legislature obviously might. In 1914, everyone wants to avoid the irrational panics that had periodically afflicted both bankers and bank customers. Modeled on a 1912 report by the National Monetary Commission, which studied the 1907 crisis and recommended this balanced approach, the Fed was not designed for warfighting and its architects never imagined it as an instrument of military power.

But in the course of the 20th Century, American fiscal policy will be instrumental in the outcome of American conflicts — including this one — and the Fed will have a central role in making wartime economies possible. Of course, it is also instrumental in both creating and ameliorating recessions, so the Fed has been an object of fascination among American political paranoiacs ever since its founding. To a person who needs to believe that sinister machinations underlie a monolithic evil in the world, few institutions could ever be as intriguing as the Federal Reserve. 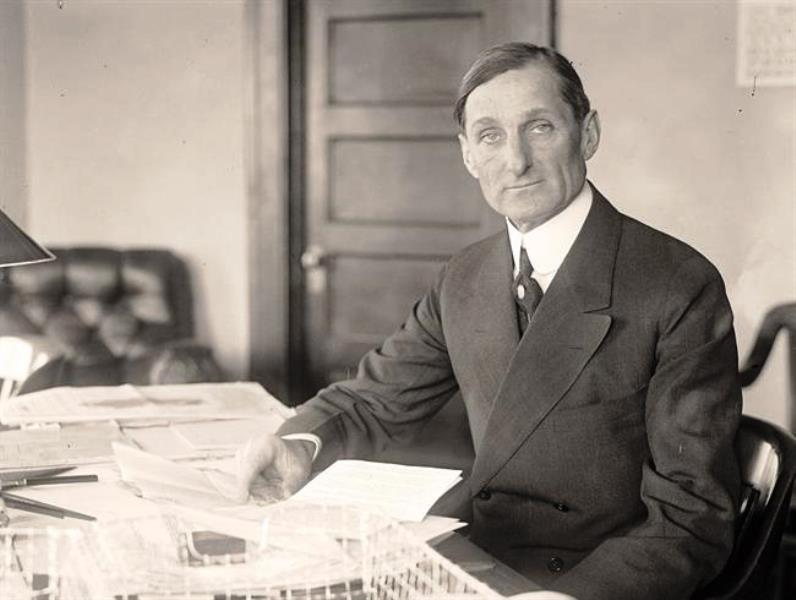 We might compare the implementation of the Federal Reserve Act to another piece of contemporary legislation. Passed in the immediate wake of the 1907 crisis, the Aldrich-Vreeland Act has also given Secretary McAdoo important powers to blunt the effects of war panic, such as authorizing unsecured national bank notes and allowing greater diversity in the types of securities that can be counted on a bank’s balance sheet to underwrite loans. But these are only stopgap measures that do not resolve the basic problem with credit markets, and McAdoo has waited for the Fed to get up and running before allowing the New York exchanges to start reopening for business. Neither law was written with potential wartime use foremost in mind, and both laws are broadly seen as absolutely necessary to end a national and international crisis of capitalism.

It is worth noting that over the last four months, radicals of various stripes have crowed enthusiastically about the suspension of trading as if it will not be missed. International socialism may be in utter disarray, but capitalism has endured an existential crisis, and is only now able to pull back from the brink. With liquidity restored and re-insured by the new Fed, Secretary McAdoo feels confident enough to let bond markets reopen on November 28th, then reauthorize Wall Street security trading on December 12th. No one protests the move; instead, everyone seems to welcome the return to some new kind of normal.

A century later, the first months of the Great War remain the longest trading outage in American financial history, and the world of global finance has never been the same since then. Across the Atlantic, the greatest bank bailout in British history has been the necessary tonic for a credit crunch afflicting London at precisely the time that Henry Asquith‘s government needs to finance a long and expensive war. Much of that war effort will involve balance transfers for weapons and war material — everything from guns to oil to explosives. Although the new balance of economic power will not become clear until the 1920s, New York will have replaced London as the center of the financial world by the end of the war.