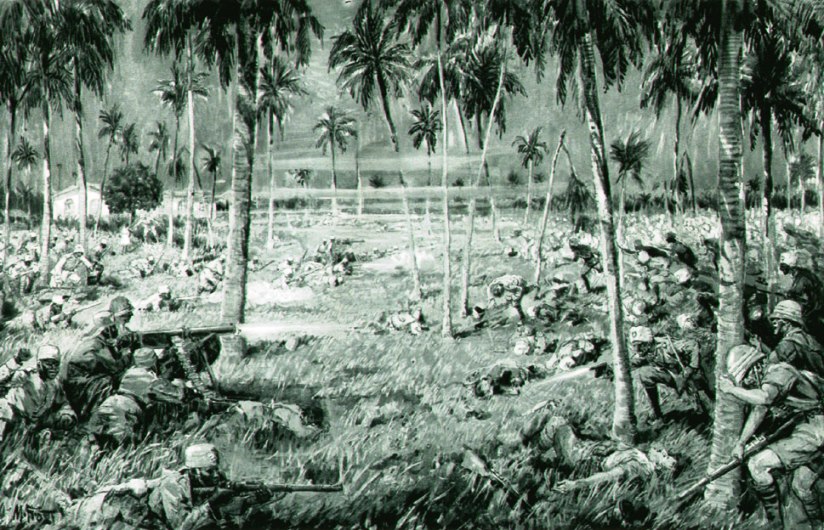 As dawn breaks over the German colony of East Africa this morning, a British force is evacuating the beachhead at Tanga after yesterday’s bloody battle (see above illustration). Major General Arthur Aitken’s command is eight times the size of the defending force, but his failure to conduct reconnaissance has led to disaster and missed opportunity. Even now, he does not realize that the enemy has withdrawn from his objective.

The first significant action of the East African campaign has earned a nickname with its uniquely-miserable conditions. When fighting damaged beehives that were mounted in the rubber trees, angry swarms sent soldiers on both sides fleeing. Dead and wounded still lie in the fields and streets; when Aitken’s men depart in haste, they leave abandoned weapons, supplies, and ammunition right on the beach for the defenders to recover.

For Colonel Paul von Lettow-Vorbeck, a veteran of the Boxer Rebellion and the Herero genocide who leads a German force consisting mostly of native African troops, the victory is an important vindication. He had spent the prewar months touring the territory first-hand to plan a potential guerrilla campaign in the event of conflict, and with the outbreak of hostilities Lettow-Vorbeck has been a stalwart advocate of resistance. He will bless his luck today for having an idiot for an opponent. 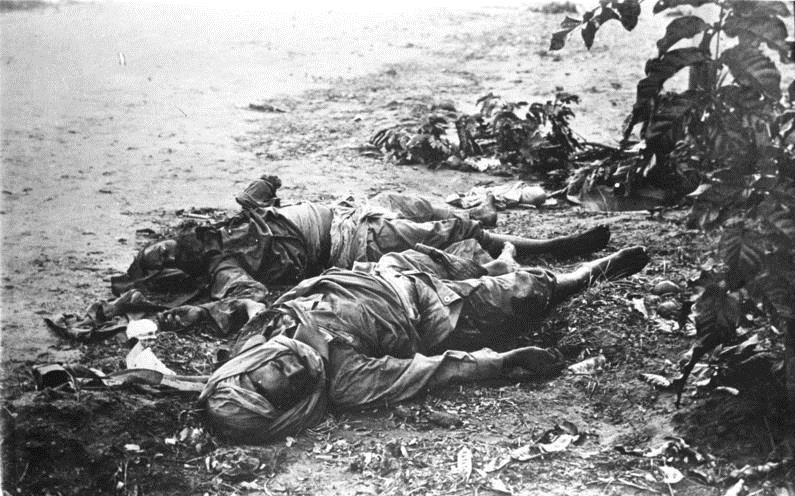 Five hundred British and Indian soldiers are dead or missing, mostly from machine-gun fire, and a comparable number have been wounded. Unlike the troops of the Indian Expeditionary Force (IEF) currently serving on the Western Front, the men of ‘Force B’ belong to units that were starved of training and equipment before the war. Before leaving Lahore, they were issued new rifles and machine guns they have never trained to use. In a misguided attempt to achieve surprise, they were also kept on board their fourteen tiny ships for weeks, and still sea-sick when they disembarked two days ago.

To make matters worse, the bid for strategic surprise was nullified on the 2nd of November when Captain Francis Caulfield, the commander of the cruiser HMS Fox, went ashore to demand the town’s surrender — and gave Lettow-Vorbeck an entire day to bring reinforcements to Tanga by rail — because Aitken deferred to the Navy rather than take advice from the sole officer in his command who knew anything about the area or his opponent’s capabilities.

Despite these obvious British command failures, the defeat raises questions in the General Staff about the reliability of Indian troops in the African theatre of war. The contrary performance of German Askaris has rather underlined their comparative effectiveness in battle, and from this moment the British Empire will rely more and more on black soldiers to fight its war on the Dark Continent. Now that Britain is at war with the Ottoman Empire (in fact, London issues its formal declaration today), the IEF will largely be sent to fight in the Middle East rather than here. 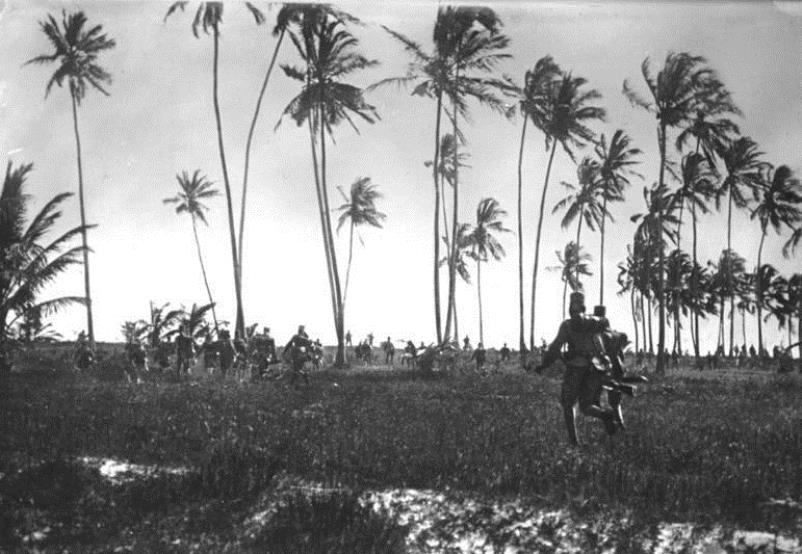 German Askaris (native troops) in a photograph supposedly taken at the Battle of Tanga. Most ‘combat photos’ like this were actually staged sometime after the fighting was over

Indeed, Britain’s manpower shortage is as problematic in Africa as it is in Europe. South Africa has tens of thousands of soldiers, but they are currently distracted by a series of Boer revolts, and Premiere Louis Botha’s primary offensive focus is Southwest Africa. With new fronts opening up in Mesopotamia and the Sinai, fresh soldiers from Australia and New Zealand are already being redirected from their European destinations to the Middle East while still in transit across the Indian Ocean.

Ironically, one of Lettow-Vorbeck’s primary goals is to force London to waste resources on his 2,500 guerrillas rather than sending them to the Western Front. Despite the colony’s lack of production capacity, his resistance continues until after the war’s end without any real support from Berlin. His combined formations of Askari and white units are kitted with independent artillery and pioneers, making them light and fast but powerful. He will win against smarter opponents by avoiding pitched battles to fight only at an advantage, using the enormity of the country to disappear afterwards, never surrendering until after the Armistice.

As punishment for his failure of will, Aitken is busted down to Colonel. After the war, as Lettow-Vorbeck is receiving a hero’s welcome in Germany, the British government reconsiders and grants Aitken a postdated brigadier’s retirement. 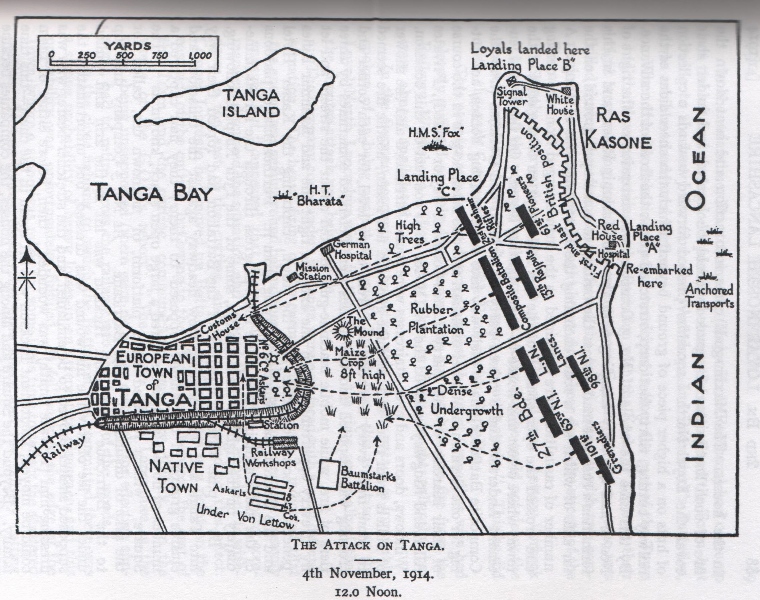 A map of the Battle of Tanga at the height of the action yesterday. Note that ‘Native Town’ is literally on the opposite side of the tracks from ‘European Town,’ where the whites live