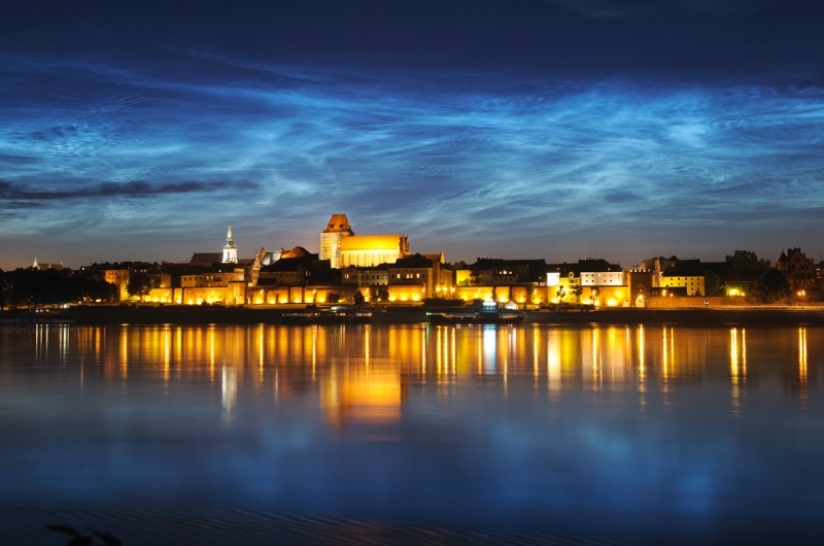 Above: Fort IV of the Torun complex

Constructed over a thirty year period beginning in 1872, the Prussian fortifications at Thorn, a now-Polish city that dominates the Drwęca River, were among the most formidable in Europe at the time. Already obsolete, the two hundred component forts of Torun were nevertheless constructed to withstand a Russian invasion, and today the fortress serves as the rallying point for General Paul von Hindenburg’s defense of German Silesia from a much larger Russian force.

Today’s battle is made possible by another episode in the burgeoning signals intelligence (SIGINT) war. After their disastrous defeat at Tannenberg was made possible by an overheard radio message, Russian army communications engaged in a radio deception campaign that tricked Hindenburg and his right hand man, General Erich von Ludendorff, into a failed offensive on Warsaw in October. This time, however, the Russians have been using encrypted communications and do not realize that their codes have been broken.

Aware from the latest intercepts that the Russian 5th Army is advancing on Silesia under General Pavel Plehve, Hindenburg has ordered General August von Mackensen’s Ninth Army to attack along the Vistula River. Today, those troops smash into the gap between 1st and 2nd Armies, defeating the 1st and very nearly surrounding the 2nd, because their locations are known from their message traffic. As intended by Hindenburg, the Tsar of Russia redirects his 5th Army in an urgent counteroffensive against Mackensen. It is the very last time that Russian soldiers will even threaten German territory during this war. 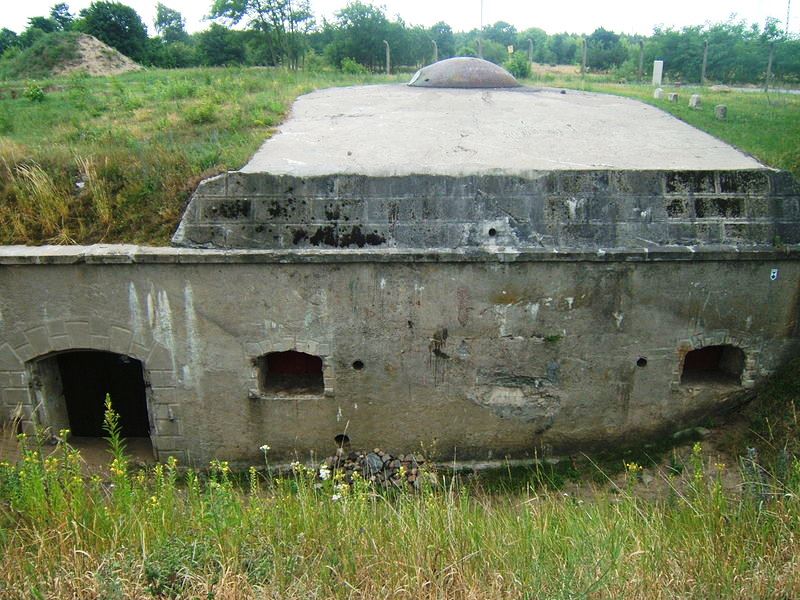 One of the 19th Century fortifications at Torun. Last modernized in 1914, these defenses were never tested in battle, but the location was nevertheless an important logistical and command center during 1914-1915

It is the third day of what will become known as the Battle of Łódź. Taking place in freezing weather and snow, the campaign will end on December 6th without a decisive advantage for either side, but it is remembered today as a German victory because Mackensen attacked a force twice his size while incurring 90,000 casualties at a cost of 35,000 German lives. (Though they are repeated endlessly in the Western press, Russian estimates of German casualties are now considered absurdly high.) The new year will begin with the Kaiser’s troops in possession of the industrial center of Łódź — and within reach of Warsaw.

General Paul von Rennenkampf, the commander of the 2nd Army, has performed poorly more than once now and is finally sacked. Unlike France, whose supreme commander Joseph Joffre has fired dozens of generals for being too cautious or conservative, Tsar Nicholas has no one representing his authority or stiffening commanders’ spines at the front. Despite the disasters of August and September, rivalries between his generals are still leading to lost opportunities, miscommunications, and uncovered flanks. At times, orders from the Stavka (General Staff) receive only as much obedience as the generals in Poland see fit to give them. 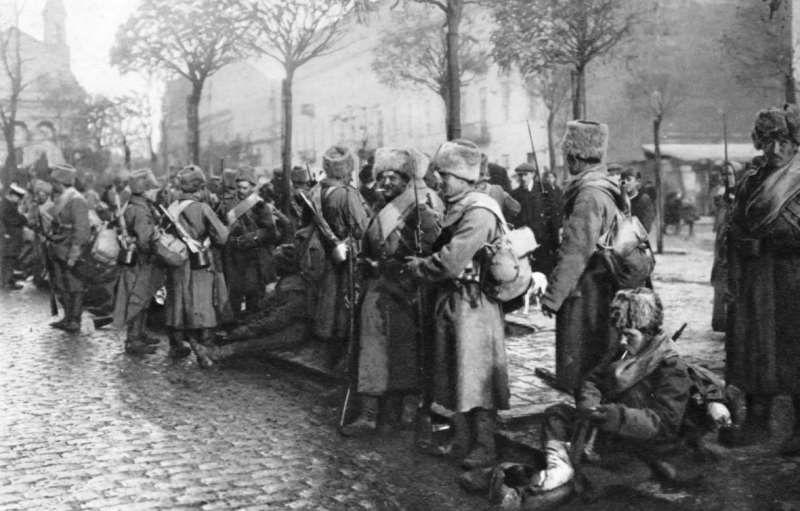 Siberian soldiers arrived in Poland within forty days of mobilization. Their numbers have been growing ever since

Germany is not immune to staff rivalries. Hindenburg is promoted to Field Marshall before the end of the month, and we can detect sublimated snark in his complaint about limited forces on the Eastern Front:

Everything in the way of good storm troops had to be brought up to reinforce the Ninth Army. It was to deliver the decisive blow. However great was the threat to the Eighth Army, it had to give up two corps to the Ninth. Under these circumstances it was no longer possible to continue the defence of the recently freed province on the Russian side of the frontier; our lines had to be withdrawn to the Lake region and the Angerapp.

This was not an easy decision. As the result of the measures of which I have spoken the total strength of the Ninth Army was brought up to about five and a half corps and five cavalry divisions.  Two of the latter had come from the Western Front. In spite of our earnest representations Main Headquarters could not see their way to release further units from that side.

At this moment they were still hoping for a favorable issue to the Battle of Ypres. The full extent and meaning of the difficulties of a war on two fronts were revealing themselves once more.

Indeed, General Erich von Falkenhayn is sacrificing tens of thousands of German lives in an effort to knock Britain, and then later France, out of the war through a strategy of attrition. Here in the east, where maneuver is still possible and trench warfare is less pronounced, Hindenburg and Ludendorff are able to win victories at far less cost, raising their esteem with the Kaiser. 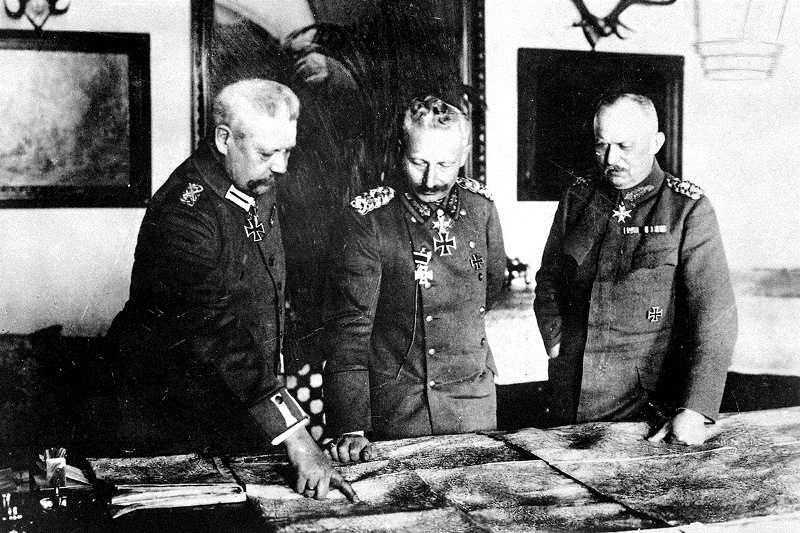 Hindenburg (L) and Ludendorff (R) with Kaiser Wilhelm (C). Their victories in the east would earn his favor

Because Thorn and the Fortress of Torun sit right at the edge of German territory, on the end of a rail line, the defensive bastion will remain an important base until German soldiers take Warsaw in August of 1915. Russia’s military is the largest in the world, and its Siberian reserves are already fighting at the front, but they face ammunition and supply shortages thanks to insufficient railroad infrastructure and poor procurement planning.

Like the rest of the European powers now at war, Russia has not expected a long, drawn-out conflict, and has been slow to adapt its economy for a protracted total war. These problems are even more acute in the current zone of operations because Ludendorff tore up all the infrastructure on his way out of Poland during the aborted October offensive.

In Petrograd, Britain’s ambassador tells Foreign Minister Sergey Sazonov today that because of the Ottoman Empire’s sneak attack on Russia, his government has decided to support Russia’s claim to the Dardanelles and Constantinople. It is the perfect tonic to these battlefield reversals: assured of achieving a centuries-old, primary policy objective of his empire, Tsar Nicholas is more determined than ever to win the war he helped to start, whatever the cost. Little does he realize just how much he will pay in the end. 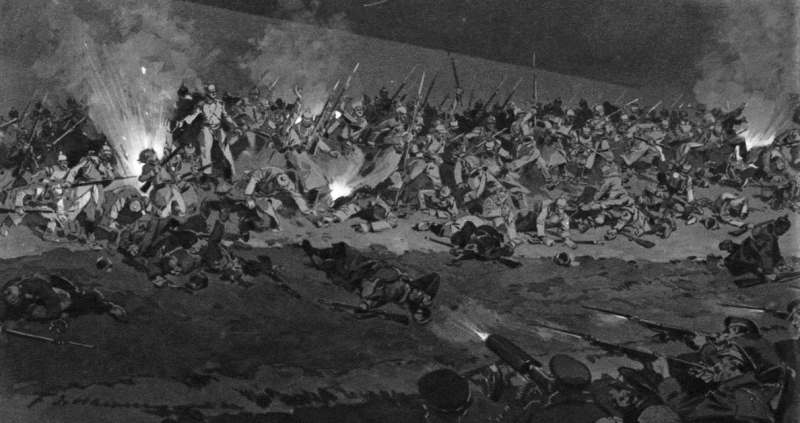