It is the twelfth day since the British light cruiser HMS Dartmouth discovered the SMS Königsberg and her collier Somali hiding in the Rufiji Delta (see above), an ancient Mangrove-filled estuary of surprising depth located in modern-day Tanzania. Along with her sister ships Weymouth and Chatham, the Dartmouth has laid siege to Königsberg ever since.

Having already lost one ship to Captain Max Looff’s command, the British Navy has taken no chances. A week of inaccurate bombardment has encouraged their quarry to withdraw up the Delta, and today the collier Newcastle is scuttled in the Simba Uranga Channel to block one of the three exits from the Delta. Meanwhile, a South African pilot named Dennis Cutler — who has been recruited for the war along with his Curtis Seaplane — has installed a new Ford radiator to compensate for the tropical conditions. He overflies the Königsberg today, confirming that she has moved two miles further inland.

The siege of the Königsberg is far from over. Coming on the heels of yesterday’s destruction of the Emden, however, today’s operations make the British Admiralty confident enough to announce the Indian Ocean free of German cruisers, allowing commercial trade — and maritime troop transport — to return to normal. Headlines around the world will carry the good news tomorrow, boosting the confidence of London financial markets that have been frozen since the Austrian ultimatum. 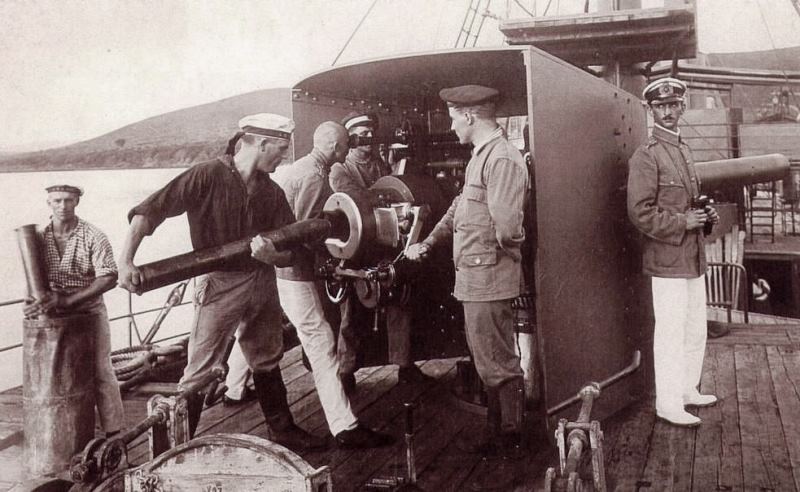 One of Königsberg‘s guns remounted on the lake boat Götzen. The half-turret configuration is largely unchanged from its original mount — and the on-deck drill is largely the same, too

The Goliath, a recommissioned pre-dreadnought battleship, arrives later this month to provide more firepower, but Captain Looff is beyond the range of even her 305 millimeter guns. Yet there are still enemies here: the ship is soon a hothouse of fever as malaria, typhoid, scabies, and tropical diseases break out among the crew. Food, medicine, and supplies are already running short.

The air here is so humid and hot that propellers warp, and the glue holding them together disintegrates, while canvas simply rots right off the wings of airplanes. Engines and windshields become clogged with smashed insects; steel parts quickly rust. In fact, Lieutenant Cutler is forced to crash-land his malfunctioning plane in the delta in December, becoming a prisoner of the the Königsberg’s crew. (Later seen in a German POW camp, his ultimate fate — just like his earlier life — is unknown.) Two Sopwith seaplanes arrive in the new year, but quickly find themselves dodging rifle fire because they too cannot gain more than a few hundred feet of altitude in the local weather conditions.

For Colonel Paul von Lettow-Vorbeck, the guerrilla commander of the Kaiser’s East African Schutztruppen who has just won a spectacular victory at Tanga five days ago, the Königsberg soon becomes an unwelcome responsibility. In December, he respectfully asks Looff to turn over his disciplined crew for his operations in the bush, sparing the need to resupply them here. The captain sends all of his marines, but insists on maintaining a crew of 250 sailors aboard his ship.

The blockade will continue until next Summer, ending only when Britain can find a boat designed to fight with big guns in river shallows. 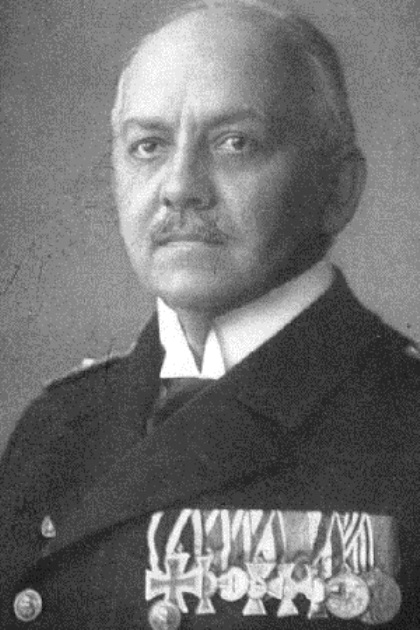 Max Looff, captain of the Königsberg, chose a hiding place with no rear exit

There is one more cruiser fleet for which the Admiralty must account: operating off the coast of Chile, the East Asia Squadron remains at large, but it is only a matter of time before the British Navy has its rematch with Vice Admiral Maximilian von Spee. By then, wartime insurance rates have already plummeted, restoring enough confidence that the New York and London bond markets have reopened.

Even before the first shots were fired in anger, the diplomatic crisis of July 1914 was accompanied by a worldwide capital crisis. None of the big financial houses on either side of the Atlantic wanted war, nor had any of them hedged their investments for its outbreak. Indeed, the infant ‘dismal science’ of economics had forecast a new century of peace, while the common wisdom of investors was that international financial markets would prevent national leaders from going to war. Those illusions are all shattered now, and governments desperately need their domestic financial markets to return if they are to fight the long, total war that nobody wanted.

The Admiralty is relieved to expunge the string of embarrassments that it has suffered to its command of the high seas lately, but the U-boat threat will emerge next year in place of the Cruiser War — and in the fullness of time, submarines and mines will far exceed the damage inflicted on British commerce by the Kaiser’s surface fleet. In contrast, the highly-public defeat of Wilhelm’s proud cruiser captains becomes a net benefit to his enemies, for as long as the high seas beyond Europe remained a battlezone the entire world hesitated to do business. 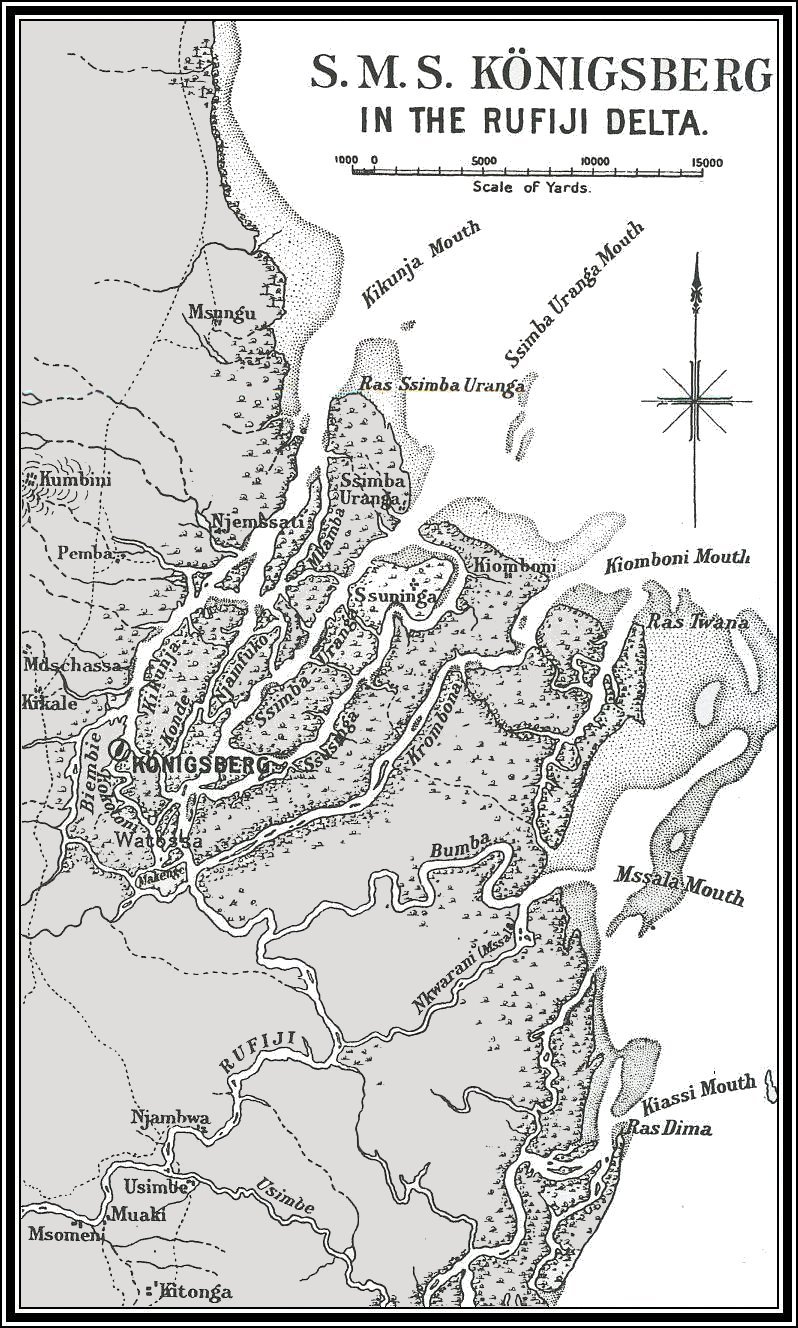