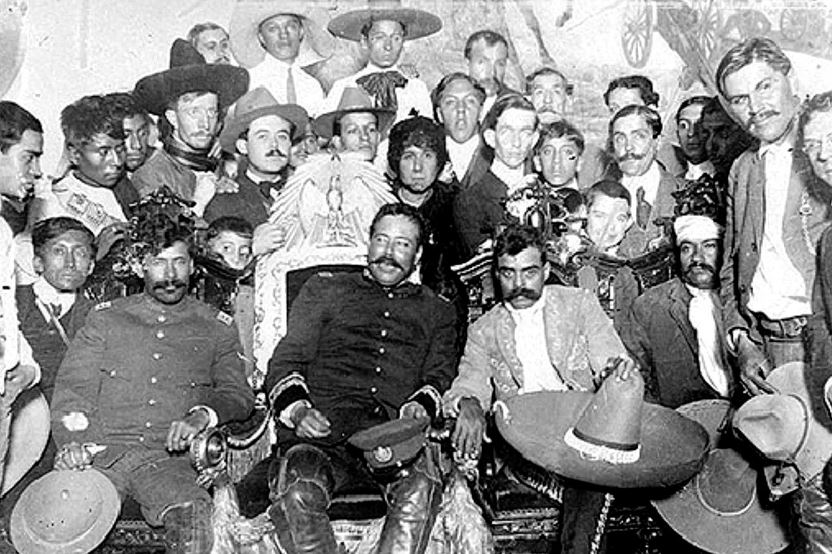 Above: Pancho Villa sitting in the Presidential chair, with Emilio Zapata on his left, after taking Mexico City on December 6th. It was the height of their alliance — and the peak of their success

When Halley’s Comet appeared in the skies over Mexico in 1910, the poor, superstitious sharecroppers saw a portent of woe; they were not wrong, for revolution and anarchy soon followed. The generals who defeated the hated Huerta government earlier this year have been holding a convention in Aguascalientes for five weeks to determine the new order of their nation, but the results are tepid at best.

Land reform is desperately needed, and the acolytes of Emiliano Zapata are here. Yet the ethno-nationalistic aristocracy, which still dominates the military class, considers their Spanish blood inherently superior to the native Mestizos, and they are unwilling to share their ownership of the arable land and water resources. The agricultural sector is even more backwards here than in authoritarian East Prussia, with dire consequences for food security and social stability, but systemic change still proves too difficult.

Today, the Convention of Aguascalientes chooses Eulalio Gutiérrez Ortiz as provisional President of Mexico. Meanwhile, José Venustiano Carranza Garza — who became president in August when Mexico City fell to the rebel army of Álvaro Obregón — has decamped to a town near Veracruz, where he now collects the revenue of Mexico’s ports and continues to call himself the President of Mexico. 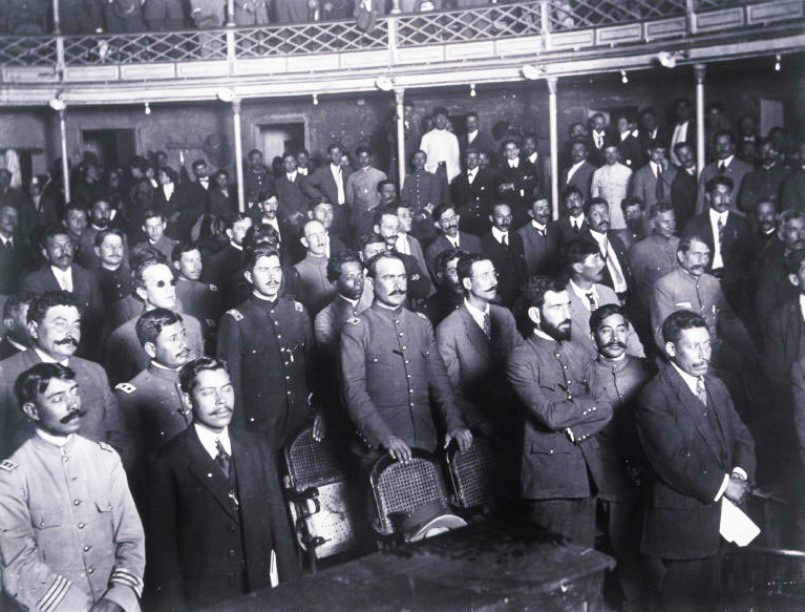 The Aguascalientes Convention was dominated by the caudillos, military strongmen with mustaches who proved quite enthusiastic about proposals for a military dictatorship, but not for necessary social or economic reforms

The Convention calls on Carranza to resign on November 23rd, the same day that Carranza convinces the United States to withdraw its forces from Veracruz. In his written response, he agrees to resign if his conditions are met: his rivals Zapata and Villa must resign and go into exile, and the Convention must appoint a “preconstitutional” government with the power to make political reforms.

The latter requirement is improbable — Eulalio Gutiérrez is given a short term in office with few real powers — but the first prerequisite proves quite impossible, for despite dominating the Convention, Zapata and Villa will eventually reject it. Zapata demands revolutionary reforms: equal pay for men and women, unionization rights, a child labor ban, and freedom of religion. Villa, on the other hand, demands revolutionary power, and the Convention gives neither of them what they want.

They take up arms together against Carranza’s government at the beginning of December, marching into Mexico City to set up their own regime. Though both men will leave the capital again in January, the one thing the country needs most — peace — proves elusive, for none of Mexico’s most powerful men will stand aside to let the others rule.

The next several years of Mexican history will be dominated by the names Huerta, Villa, Zapata, Obregón, and Caranza as they alternately rise and fall in their continuing fight for control of the country. 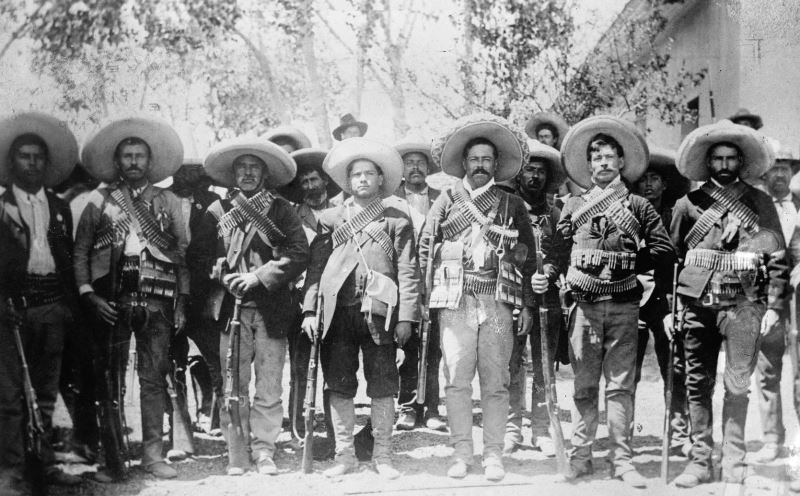 Pancho Villa (center, right) with his staff. Much better at self-promotion than combat leadership, he had already starred in a feature film produced by D.W. Griffith and shot on location during his battles

Shortly before President Woodrow Wilson‘s inauguration, Ambassador Henry Lane Wilson, an appointee from the previous administration, helped spark the coup d’état that deposed President Madero and installed President Huerta in his place, leaving the incoming president to deal with the aftermath. After replacing the ambassador, Wilson sent American uniforms to occupy parts of Mexico in response to threats to American oil interests in Tampico.

The stability of his country’s southern neighbor, and the removal of the Huerta regime, are Wilson’s primary foreign policy objectives; American control of half Mexico’s industrial capacity, and most of its oil industry, are secondary considerations for the progressive president. Mexico simply remains incapable of the self-governance that Wilson believes the Mexican people deserve. Whatever else we may say about him, Wilson is genuinely interested in the sovereign independence and territorial integrity of New World nations — especially in regards to European powers.

In fact, Germany has already been a player in the Mexican Revolution. A shipload of German armaments helped set the occupation of Veracruz in motion, and during the new year German agents will try to cut off arms shipments from the United States to the allies of the Triple Entente by embroiling the neutral Americans in a war with neutral Mexico. The Great War is affecting matters far, far away from the battlefields of Europe, and not at all for the better.

The US Army leaving Veracruz on November 23. Their presence was partly the result of Pancho Villa’s excesses, and their return will be prompted by his cross-border attack on Americans