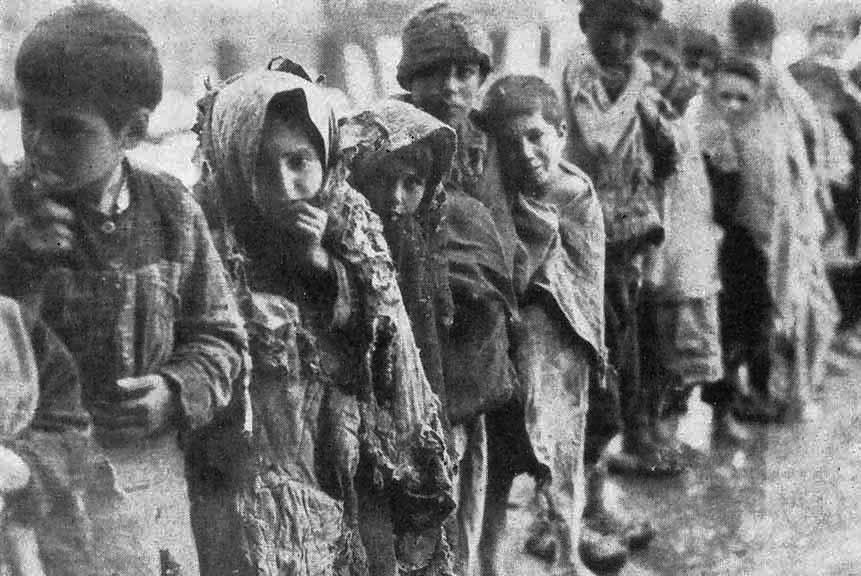 Above: child victims of the Armenian genocide. The atrocities against Armenians were well-documented and reported widely at the time they took place

Two days after Russia’s formal declaration of war against the creaking Ottoman Empire, General Georgy Bergmann leads the I Caucasian Army Corps into the region known as Western Armenia at the far eastern end of modern-day Turkey, occupying the frontier town of Diadin. The local Armenian population receives his men as liberators.

The welfare of Turkey’s religious minorities has been a matter of public concern in the West for decades. The Ottoman Empire, which is blamed even today in the Balkans for that region’s seemingly-endless ethno-religious bloodshed, has already massacred tens of thousands of Armenians at a time in its restive eastern Anatolian provinces in 1909-1910 and from 1894-96.

Five days after the Sultan’s navy conducted a successful raid on the Tsar’s Black Sea ports, total war has arrived in the Caucasus. As Bergmann’s troops receive an enthusiastic welcome today, they ignite the most infamous atrocities of the Great War. In just five days, the Armenians of Constantinople will receive reports of the worst repression and massacres ever perpetrated on their cousins.

In February 1914, the Ottoman government had agreed to a Russian reform package for self-government of Armenian regions. Now at war with Russia, the deal is abandoned

Bergmann’s campaign will peter out two weeks after it began, but by that time, stories about Armenian students secretly drilled and armed for self-defense have already been published in the world’s newspapers. There have been rumors of revolt before in Armenia, especially during previous bouts of ethnic cleansing, but these new reports have up to 20,000 Armenian guerrillas besieging the eastern city of Van, winning spectacular victories, and taking entire Turkish regiments prisoner. They are exaggerated, to say the least, and clumsy Russian propaganda at best.

Armenian rebels do briefly take Van in 1915 — but only after the genocide of Armenians has begun. By the end of the year, after Bergmann’s 100,000 troops have taken forty percent casualties occupying the border region and destroying an Ottoman counterattack, the Armenians have become Minister of War Enver Pasha’s scapegoats for the destruction of a decrepit Ottoman army, and it no longer matters whether these press reports are true.

A week from today, when the Sultan Mehmed V issues the last state-declared jihad in history, he includes an authorization for irregular forces — Chete — that will form the paramilitary backbone of the infamous Teshkilati Mahsusa (‘Special Organization’). Along with convicts chosen for their violence, these men will commit many of the worst atrocities that take place during the systematic, planned erasure of a people. 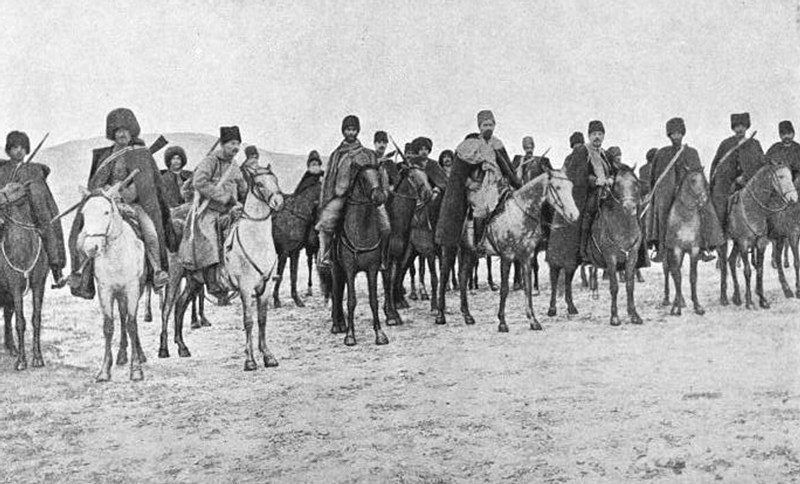 The Tsar’s volunteer cavalry from Russian Armenia. The appearance of these troops on the battlefield probably fed perceptions of Armenian participation in the defeat of an Ottoman force in December

When the atrocities hit full stride in April of 1915, they do not stop until 1923 — after peace has been declared, the postwar settlement made at Versailles, and the Ottoman Empire partitioned. This is in part because of the continued resettlement of Turkish refugees from the empire’s former Balkan and Libyan territories — lands lost in the wars of 1911-1913 — to the now ethnically-cleansed Armenian territory, taking over empty homes and barns.

A study of Ottoman census data by the University of Minnesota’s Center for Holocaust and Genocide Studies found that more than two million Armenians lived in the empire in 1914; by 1922, the number is only 388,000. Those who still deny the Armenian genocide took place, including representatives of the modern Turkish state, must therefore account for a disappearance of more than one and a half million persons over an eight-year period.

Indeed, these are the very war crimes that inspire a Polish Jew named Rafael Lemkin to coin the word ‘genocide.’ 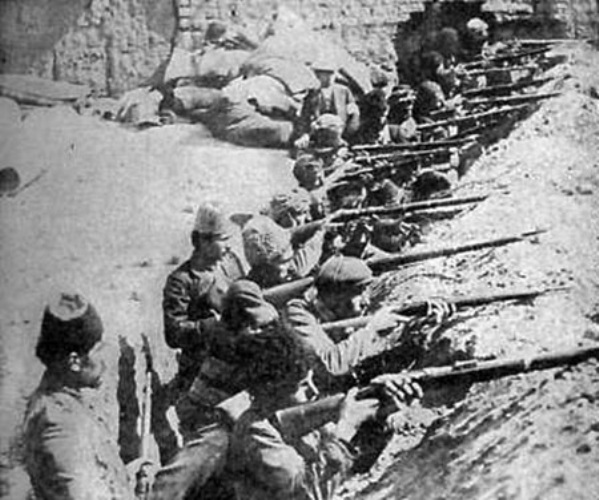 The limiting factors for armies operating in the Caucasus region are practical ones: neither side has the rails or roads to move and supply large armies. Like all the other powers at war, Russia suffers from a shortage of artillery ammunition, while the Ottomans lack all sorts of modern weapons or the trained men who can use them. Yet Enver Pasha uses his limited resources to conduct forced dislocations and commit massacres.

The war is Enver Pasha’s means to the end of preserving the empire; that is his only war aim, and he does not care how many Armenian lives it costs. The land here is austere, the weather harsh and unforgiving — especially in Winter. But in his death throes, the ‘sick man of Europe’ is the harshest condition of all.