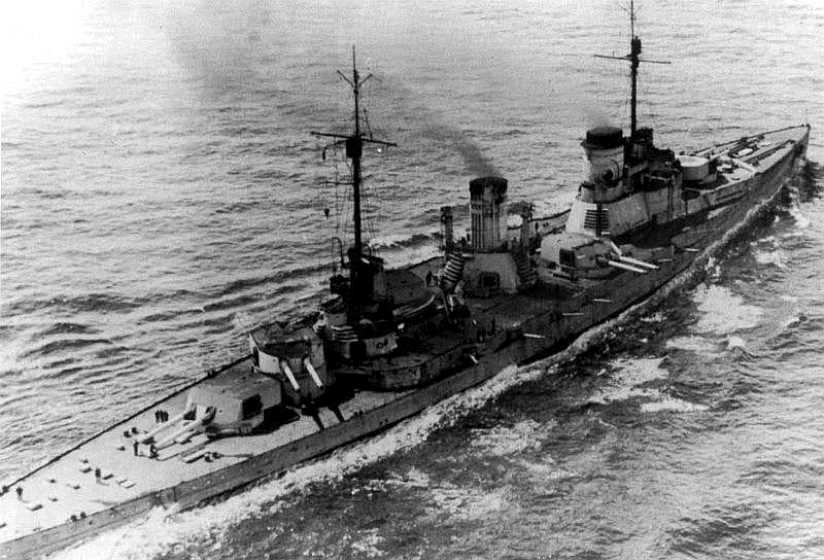 Above: the SMS Seydlitz, the battlecruiser which led today’s operations.

As if to answer the British Admiralty’s charges yesterday that Germany has used neutral vessels to lay mines in the North Sea, today the minesweeper HMS Halcyon encounters a German force mining the waters off Yarmouth coast, the extreme end of England’s southeastern promontory. Both navies are looking for ways to ‘dig out’ one another from their safe harbors. The Battle of Heligoland Bight nine weeks ago was an example of these operations, and so is today’s raid on Yarmouth by a force of four light cruisers and one armored cruiser.

When the Halcyon finds them and signals a challenge, the Seydlitz and her consorts open fire, missing their lucky target in a spray of mist. None of the ships’ gunners can correct their aim, however, since all of them are shooting at once and are thus unable to discern which splashes are from their own guns. It is just one typical moment during a day of disasters. 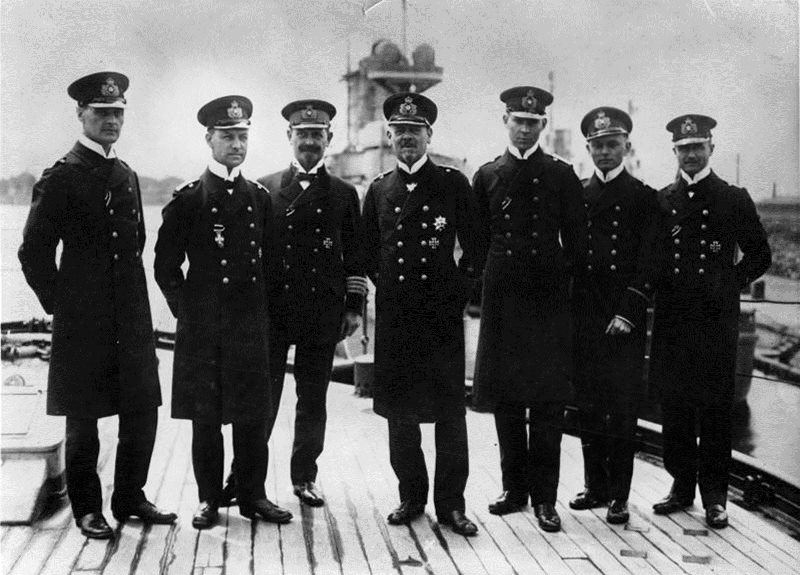 Vice Admiral Hipper and his staff in 1916. Awarded the Iron Cross for this operation, Hipper justifiably refused to wear it on the grounds that nothing of any value had been accomplished

If we are to believe the crew’s account, their boat is almost swamped by the water even without a direct hit — but she survives with only one casualty, for the captain of a nearby destroyer pumps a thick cloud of oilsmoke into which she can escape.

Vice Admiral Franz von Hipper then shifts his fire to the town, landing a few shells on the beach but causing no serious damage. As soon as the light cruiser Stralsund signals that she is done laying mines, Hipper directs his force to leave the area in hopes that some portion of the British fleet will follow him. Three battlecruisers are waiting to entrap any significant pursuit.

And the British fleet does sortie against his force. In fact, as Hipper’s ships turn to leave, three British submarines are already leaving the harbor to give chase. They are nowhere near fast enough to catch the cruisers, however, and the D5 strikes one of the just-laid mines. As she is still on the surface to make speed, the captain and four crewmen are able to save themselves, but the rest of the crew drowns. 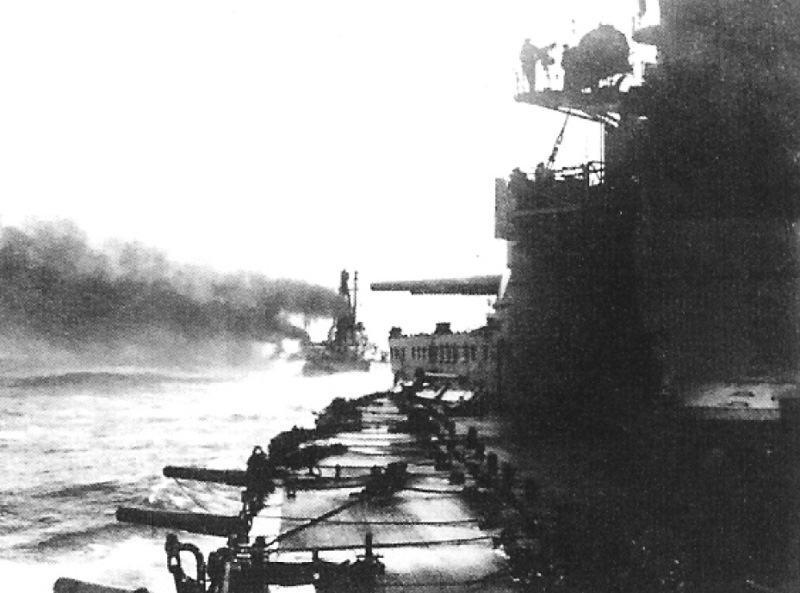 By sheer coincidence, Admiral Jellicoe is on board a train during the raid and unable to give orders. Paralysis and inaction may also be the result of shock, for the Admiralty is still reeling from its losses at the Battle of Coronel off the coast of Chile two days ago. It was just the latest embarrassment for an admiralty that has consistently sent inferior forces to their deaths against superior German ones.

Whatever the reason for the delay, by the time Admiral Beatty’s battlecruiser force is ordered to the scene, Hipper’s force is fifty miles away rendezvousing with his escorts. The operation thus fails in its primary objective of tricking British ships into a disadvantageous engagement — and the worst is not over.

As the rest of Hipper’s ships lie in fog tonight waiting for dawn to allow safe entry into Heligoland Bight, the crew of the SMS Yorck makes a navigational error in their haste to get home, running onto a defensive minefield. Two detonations destroy her, and while casualty accounts differ there are certainly hundreds of dead sailors. Convicted by a court martial in December, her captain is sentenced to two years in prison for negligent homicide and disobeying orders. It is a shameful end to an inglorious operation. 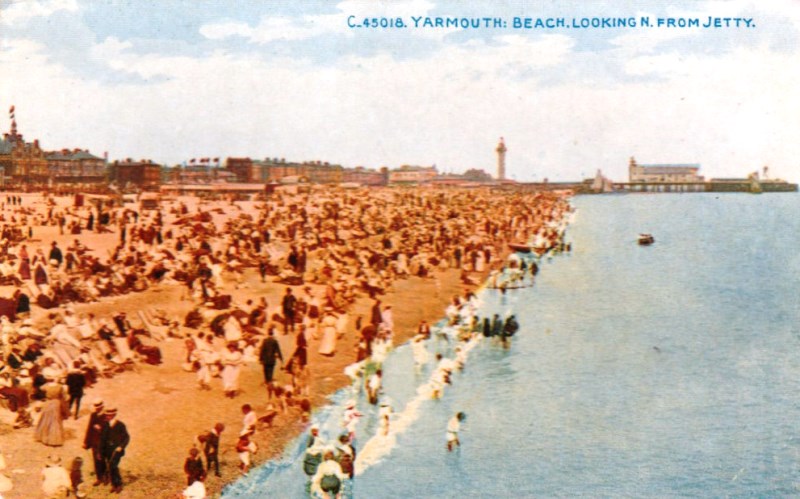 A postcard of Yarmouth beach before the war. A popular tourist destination, it was also the closest point in England as one travels over water from Germany — and thus a target throughout the war. Via DelCampe.net