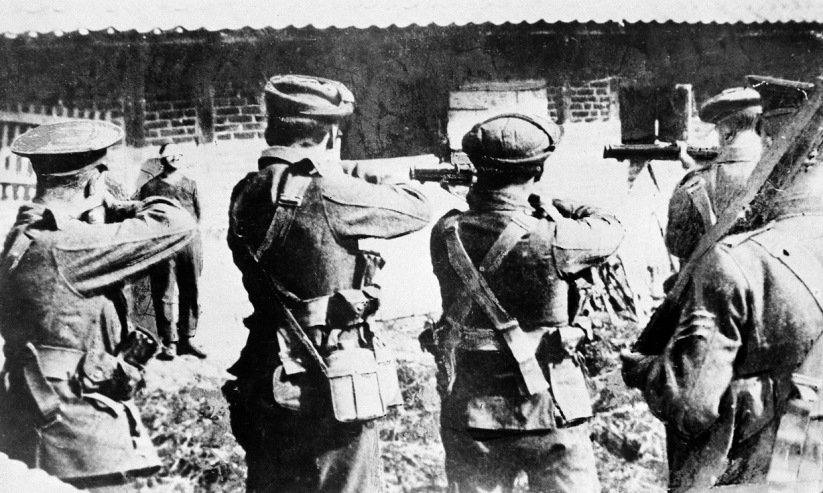 Above: one of hundreds of British firing squads during the war — for soldiers convicted of desertion and cowardice, or civilians convicted of espionage.

The Great War has sent all of Europe into an espionage panic. Civilians on all fronts frequently die of shooting or hanging, charged on the flimsiest of suspicions that they have signaled the other side. This is the unfortunate fate for windmill operators in Belgium and northern France, villagers in Galicia, and Serbs on the wrong side of the Drina River; no nationality is safe from the hysteria.

But espionage fears are widespread even far away from the battlefield. A German prewar policy gave its reserve officers extended overseas vacations to familiarize themselves with foreign ports and practices, and some were still outside of the country at the outbreak of war. Rumors about the Kaiser’s men spying within Britain are running rampant, leading to false reports and mistaken arrests.

Today, however, the three-day public court martial of Carl Hans Lody begins four weeks after his arrest in Ireland. His story is one of the most unique tales from the Golden Age of espionage as ‘human intelligence’ — and a fine example of 19th Century amateurism, in which non-professionals did their ineffective best to win the grandest of games at the greatest of costs. 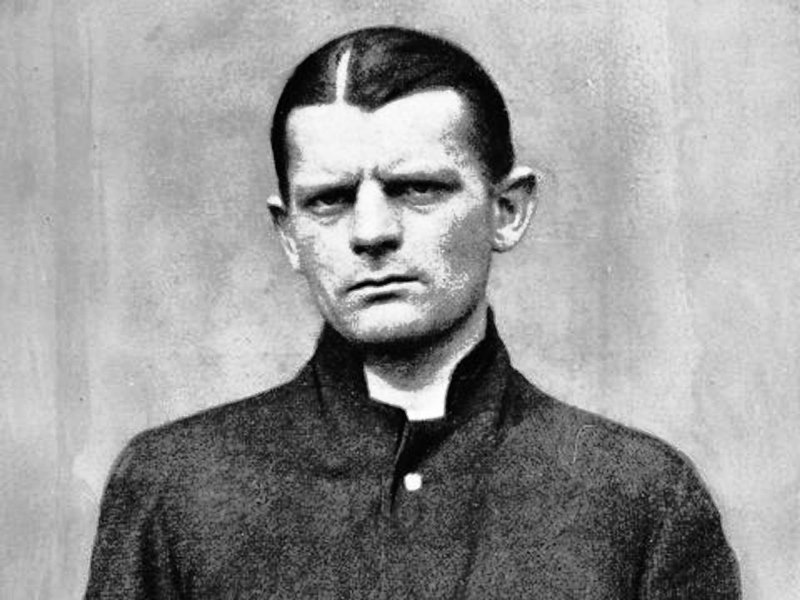 Carl Hans Lody was barely instructed for his mission, never trained, and his cover was immediately blown

A former German Naval Reserve officer whose career was cut short by illness and permanent injury, Lody was a tour guide for the wealthy on the Hamburg America Line when he met and fell in love with a young American heiress named Louise Stortz. But the marriage ended in acrimony and eventual divorce shortly after their society-pages wedding, and Lody returned to Berlin, where he was already a target of recruitment by the Admiralstab (German Imperial Admiralty Staff).

Germany’s naval intelligence branch, known by the singular initial N, had an interest in men like Lody well before the war, and their recruiting ramped up as tensions mounted in the first half of 1914 prior to the assassination of Archduke Ferdinand. In need of another new career, Lody was dismissive of the dangers and was never trained in any form of spycraft, not even simple enciphering. Given a stolen American passport and four foreign addresses to which he was supposed to send mail, Lody was dispatched to Britain under the assumed name of Charles Inglis with instructions to discern fleet movements and ship losses.

Lody’s cover was blown in just three days, however. The offices that would become MI5 and MI6 already knew about N’s mail network, and all mail bound for those addresses from anywhere in the British Empire was already being intercepted. After overstaying his cover story near Edinburgh, Lody became nervous and traveled to Ireland, but was picked up by police before he could depart for the United States. London was concerned that his most recent communications included operational details picked up observing the fleet from shore, reading the newspapers, and listening to rumors. 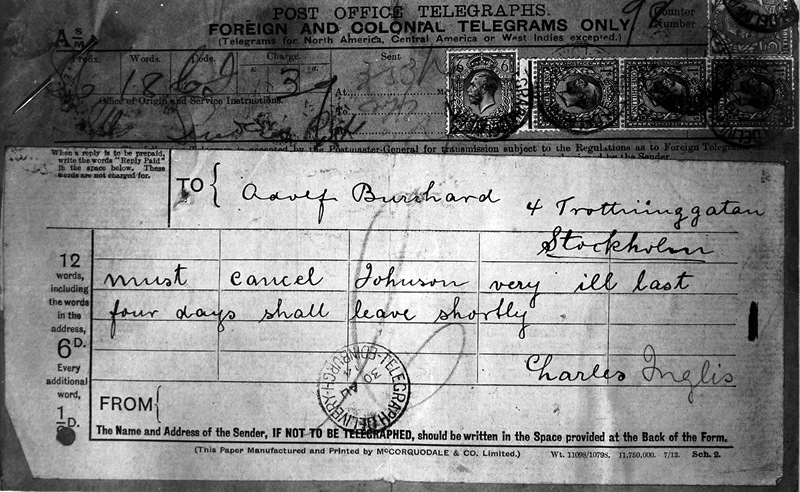 Lody’s telegram that resulted in his discovery was a signal that he would be changing locations soon. ‘Charles Inglis’ outstayed his cover story — and his American accent was clearly not as perfect as he thought

The trial of Carl Hans Lody is curious in two respects: that it takes place in open court, with press and public present, and that he is not charged with espionage, but with treason. This is due to confusion inspired by a prior legal opinion and the delay created by his refusal to identify himself. Now freely giving his name and former rank, he is being tried today at Parliament Square in London under the Official Secrets Act of 1911.

After a three-day trial, during which he admits to his activities but refuses to name his contacts in Berlin, Lody is found guilty and sentenced to die before a firing squad. The first execution held at the Tower of London since 1743 takes place on November 6th — with tourists present, but out of view. Some of them are undoubtedly American; Lody’s arrest with a United States passport is spiking concern in the British government, and the public trial puts new pressure on President Wilson’s neutrality.

As a result of these headlines, the beginning of the new year will see even more sensational news when the U.S. Department of Justice breaks up a fraudulent passport operation created to help German reservists return home undetected by the allies of the Triple Entente. Just like her global radio network, Germany’s spy networks are under systematic attack.

Lody’s compliments to the Tower staff. He refused a blindfold and considered his fate ‘an officer’s death’