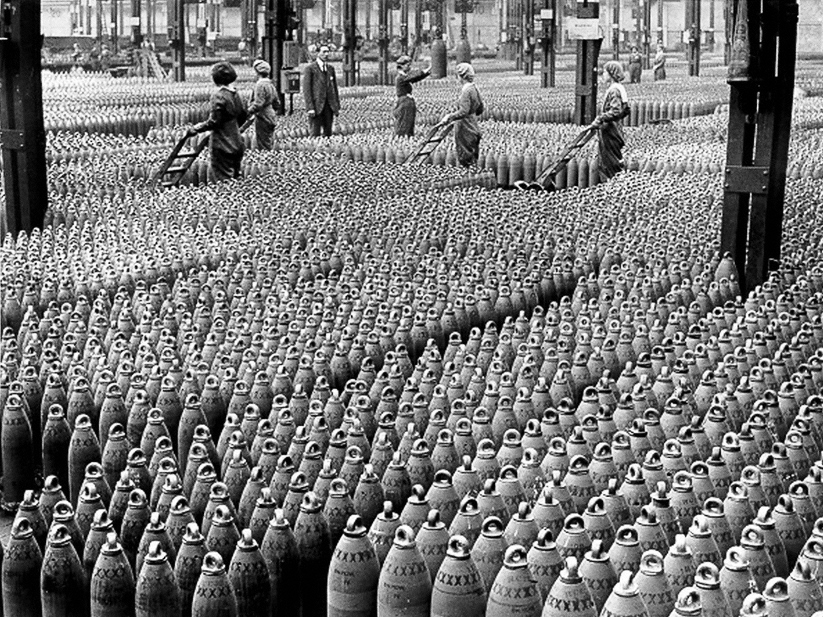 Britain did not start the war expecting it to last long, so the United Kingdom is not kitted with an army built for continental war on an industrial scale. The Asquith government faces enormous procurement challenges — problems that cannot be overcome without strong, pragmatic, centralized administration. Professionalized staff officers must adapt prewar institutions, regulations, and procurement systems to the new reality of trench warfare.

Before the war is finished, her armies will need to fire 170 million shells. Offensive techniques will rapidly evolve into larger and longer bombardments, while defensive doctrine will also emphasize artillery support. Once seen as a mere supporting branch to the other combat arms domains, the artillery branch is fast becoming King of Battle, for it is the primary battlefield weapon of the war. All combatants have already burned through their entire prewar stocks of artillery ammunition. This trend was spotted after the earliest battles, leading Lord Kitchener to make an emergency request to Winston Churchill for half of his navy’s shells.

To be sure, Britain has arrived woefully short of modern field artillery weapons. But today, General R.C. Maxwell writes to Major General William Robertson about the problems they face in supplying a total war. Maxwell, who will be appointed Quartermaster General in January 1915, tells Inspector General Robinson that the problem isn’t just a lack of tubes — he lacks the ammunition to shoot through them:

An enormous amount of ammunition has been expended during the last few days by the RHA (Royal Horse Artillery), and they appear to have shot, say two or three of their guns entirely away…There has of course been a good deal of waste, and a certain amount of sharp practice in units trying to pinch things in different ways, but I do not think there has been any great excess of the latter although there certainly has been excessive waste…But when troops are fighting very hard one does not like to worry them too much about administrative matters. The chief thing is the beat the enemy and we must be lenient to some extent when fighting is taking place…I have no anxiety, and never have had any worth mentioning, in regards to food supplies, but from the very first I have had a very great deal of anxiety with respect to ammunition.

The next day, Maxwell and Robertson jointly inform the War Office that 18- and 13-pounder ammunition is scarce. The day after that, 18-pounder gun crews are restricted to firing only a paltry few shells a day — as low as a half-dozen. The infamous words ‘per diem’ will cripple British field artillery into 1916, limiting their ability to support attacks, seek enemy guns with counterbattery fire, or defend their comrades effectively. This persistent crisis will have an impact on British society and government that is as explosive as any barrage. 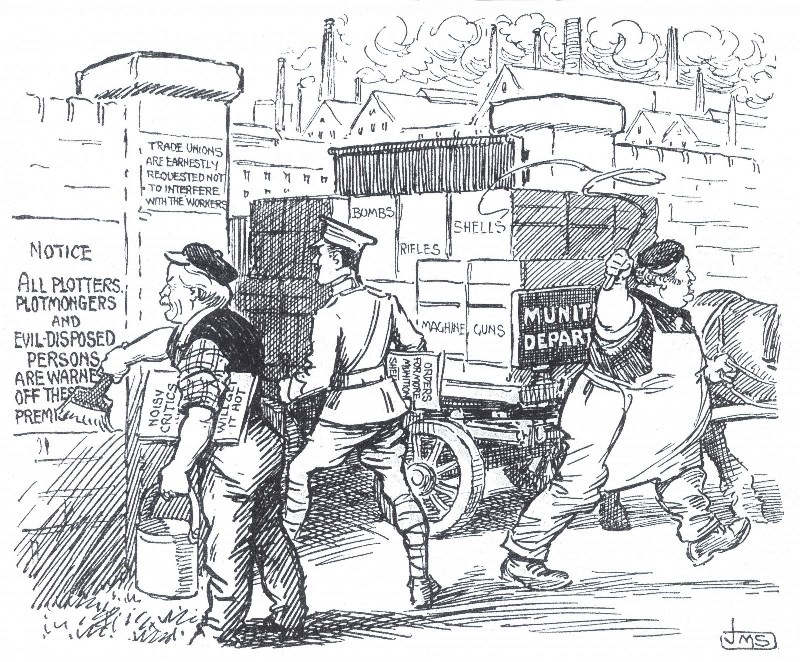 One of many political cartoons from 1915 regarding the shell crisis. Lloyd George is on the left, Kitchener is on his right

For Britain, the main material shortages will be manpower — a problem resolved by hiring thousands of women into the workforce — and a very small manufacturing base for acetone, which is the key component in making cordite. Germany also lacks the raw materials for making cordite to shoot bullets and shells and explosives, but whereas Britain and France can alleviate the problem by purchasing acetone in the Americas, the British blockade is already strangling the Kaiser’s commerce. Important French industrial and mining sites are now in occupied territory, limiting production capacity for all sorts of armaments until new factories can be ramped up.

Transportation — the getting of ammunition from the factory floor to the battlefield — is also a key factor in the shell crisis. Russia, where industrial adaptation to total war has been slow and extremely inefficient, lacks enough rail capacity to make a difference even with rapid productivity gains. The creaking Austro-Hungarian Empire is also hampered by a lack of rail transport and rail infrastructure. All combatants have discovered the advantages of motor transport, but Britain’s logistical staff has already requisitioned almost all available vehicles in England.

The allies endeavor to use canals, railroads, and even light rail systems to pick up the slack, but they do so while Lord Kitchener is also enlarging Britain’s army to a size she has never seen before. More men than ever, with more guns than ever, will fire more shells in an afternoon than the whole of the previous century combined. That is not an easy thing for nations to do.

By Christmas, General Maxwell is proud to report that ammunition is making the trip from factory to front in just 48 hours. But he also bemoans the slow distribution of Winter clothing, which takes up to three weeks to make the same journey because the shells are prioritized and his communications bandwidth is too narrow. His job is also complicated by culture, for the Indian Expeditionary Force has Hindus who cannot eat beef and Muslims who cannot eat pork, and their divisions have a separate line of supply from the rest of the British army, running partly through the southern French port of Marseilles.

But the biggest factor in the transportation slowdown may be the lack of horses. Whereas artillery is crowned king in this war, the cavalry branch is suffering an existential crisis. Only 16.7% of the human force is in cavalry units, but they use up 34.4% of the horses. This means fewer wagons pulling baggage and supply for the infantry, or pulling guns and shells for the artillery. Meanwhile, the mountains of fodder and feed that must be moved to keep a cavalry division in the field already divert much of the existing British motor pool from supporting the other branches, yet a cavalry unit has fewer field guns and machine guns than a comparable infantry unit.

The British Expeditionary Force is being destroyed by the daily death toll. Approximately 100,000 will die before the end of this first year, including 3,627 officers; their combat experience dies with them.  As Kitchener’s armies proliferate on the Western Front, slowly but surely extending the miles of front that Britain can maintain in support of her alliance, the shell factories are still not operating at full capacity. To get there, Britain must completely reorganize her entire economy, and in a fitting irony the stalemate of trench warfare is what gives her time to do so. 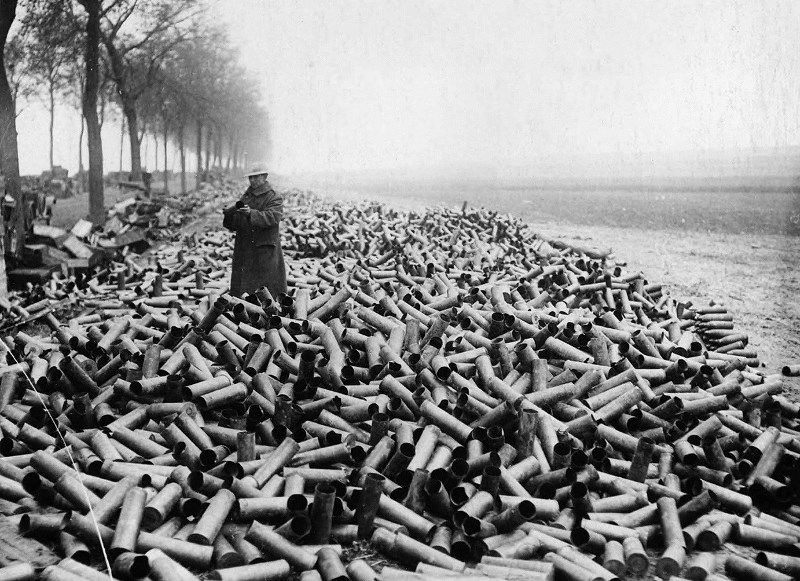